Reseda is a neighborhood in the San Fernando Valley in Los Angeles, California. It was founded in 1912, and its central business district started developing in 1915. The neighborhood was devoted to agriculture for many years. Earthquakes struck the area in 1971 and 1994.

The neighborhood has 15 public and five private schools. The community includes public parks, a senior center and a regional branch library. Parts of Reseda have been used in several motion picture and television productions.

The area now known as Reseda, like much of Los Angeles County, originally was inhabited by Native Americans of the Tongva tribe who lived close to what is now known as the Los Angeles River.[1]

In 1909 the Suburban Homes Company, a syndicate led by H.J. Whitley, general manager of the Board of Control, along with Harry Chandler, H.G. Otis, M.H. Sherman and O.F. Brandt purchased 48,000 acres of the Farming and Milling Company for $2,500,000.[2]Henry E. Huntington, extended his Pacific Electric Railway (Red Cars) through the Valley to Owensmouth (now Canoga Park). The Suburban Home Company laid out plans for roads and the towns of Van Nuys, Reseda (Marian) and Canoga Park (Owensmouth). The rural areas were annexed into the city of Los Angeles in 1915.[3][4] On April 2, 1915 H.J. Whitley purchased the Suburban Home Company so that he would have complete control for finishing the development.[5]

On land that was originally part of the San Fernando Mission, Reseda originated in 1912 as the town of Marian. It was named after Marian Otis Chandler, the daughter of the Los Angeles Times publisher Harrison Gray Otis and wife of Harry Chandler.[6] The name Reseda refers to the fragrant plant Reseda odorata (English name is mignonette) which was commonly found in gardens of the time and is native to many areas with a Mediterranean climate.

The geographic name "Reseda" was first used for a siding on a branch of the Southern Pacific Railroad, which ran between the cities of Burbank and Chatsworth in the San Fernando Valley. In the 1920s, the name Reseda was transferred from the Southern Pacific Railroad to the Western Division of the Pacific Electric Railway "Red Cars Line", which had expedited development after the building of the Los Angeles Aqueduct. Later, it was used as the name of a stop on the Pacific Electric interurban railway running along Sherman Way.[7][8]

Throughout this time, the town's name of Marian remained; then in 1921, when a Fourth Class Post Office was found to be necessary, the town's name had to be changed. As the Zelzah Tribune reported:

The Marian territory has made application for a post office to serve that district. To avoid confusion in mail distribution it is necessary that the name of the town be changed and the people of that community have decided upon the name Reseda, and if the application is granted it will be the only post office in the United States by that name. Mrs. Turner, we are told, who has taken an active interest in the canvass and to create a sentiment for post office advantages, will possibly be the postmistress.[9]

Ninety-two residents convened and agreed to rename the town Reseda.[10]

The central business district began in 1915, at what is now the intersection of Reseda Boulevard and Sherman Way, with the construction of a hardware store. Soon a blacksmith shop and an auto repair garage were built nearby. Within a short time, these were followed by a grocery store and a drug store. There were no sidewalks or pavement yet; most were added between 1918 and the early 1920s. On the southwest corner of Sherman Way a wooden building housed the volunteer Fire Department until 1922, when the present brick building was erected as was the Reseda Bank. The wooden building, housing the Fire Department, was then moved to the southeast side of Sherman Way, where it remained until 1933.[10] In May 1929, the city's namesake roadway, Reseda Avenue, was renamed Reseda Boulevard by a Los Angeles City ordinance.[11] Parts of the original 1920s and 1930s residential neighborhood remain and are found to the southwest of Sherman Way and Reseda Boulevard.

During the late 1920s and 1930s, the area's reputation developed for its production of lettuce, lima beans, sugar beets, and walnuts, becoming known as was one of the largest producers of lettuce in the United States by the late '30s. The Southern Pacific Railroad trains came up the middle of Sherman Way to pick up freight cars of lettuce on a daily basis during the lettuce harvest season. Around that time, manufacturing roof tile, canning poultry products, and processing walnuts began to emerge as viable businesses as well.[10] Reseda remained primarily an agricultural community with a population of 1,805 in 1930. However, by 1940 the population had increased to 4,147 residents.[12] The mid to later 1940s saw a large increase in the numbers of single-family dwellings in Reseda and the loss of numerous acres of agriculture, and the addition of First Class Postal Service.[10] Reseda was one of the early suburbs in the San Fernando Valley. The large ranches were subdivided, and the area was developed by realtors just as the veterans of World War II were returning home. The familiar orange groves were successively plowed under in favor of housing. At the time, most of the jobs were in the Los Angeles Basin and to the south, over the Santa Monica mountains.

By 1950, Reseda had over 16,000 residents and in the early 1950s, a population explosion took place, making Reseda one of the most popular and populated of all Valley communities. Because of this, Reseda's merchants provided bus service to transport shoppers throughout the busy downtown Reseda areas.[10]

During the 1970s, the above-average residential real estate values and income patterns compared to the rest of the country began to reverse. Land and housing costs shot upward, while most incomes only crept. By the beginning of the 1980s, the average price of a home in the Valley reached $110,000. According to a 2004 study by the U.S. Bureau of the Census, it has tripled that of the early 1980s.

The 1994 Northridge earthquake struck at 4:31 a.m. on January 17 and measured 6.7 on the moment magnitude scale. It remains the only large earthquake to originate directly under a major U.S. city in modern times as well as the most damaging earthquake to strike the U.S. since the San Francisco Earthquake of 1906. Its epicenter was between Arminta Street and Ingomar Street, just west of Reseda Boulevard.[13][14][15]

This was the second time in 23 years the area had been affected by a strong earthquake. On February 9, 1971, the San Fernando earthquake (also known as the Sylmar earthquake) struck the area with a magnitude of 6.5.[16] Mail services are provided by the United States Postal Service's branch post office at 7320 Reseda Boulevard.[22] On October 14, 2006, the branch office was renamed the Coach John Wooden Post Office on Wooden's 96th birthday, in honor of the late UCLA basketball coach who lived in nearby Encino and whose daughter lives in Reseda.[23]

Nineteen percent of Reseda residents aged 25 and older had earned a four-year degree by 2000, an average figure for both the city and the county. The percentages of those residents with a high school diploma was high for the county.[19]

Schools within the Reseda boundaries are:[24]

A decade after the schools shut their doors, which occurred due to thousands of parents withdrawing their children from the Los Angeles Unified School District in the wake of mandatory busing, they were reopened. With the advent of class-size reduction becoming the priority, many parents began returning their children to the city's schools, and the number of newly arrived immigrants was boosting enrollments, officials said.[30] The Reseda Country Club, of Boogie Nights fame, was a well-known concert venue during the Los Angeles punk rock and new wave scenes of the 1980s. Located at the intersection of Canby Avenue and Sherman Way, the Country Club was host to bands, including Oingo Boingo, U2, Culture Club, Tom Petty & the Heartbreakers, and Roxy Music, from 1980 to 1982.[31] The site which began in the 1950s as one of the first Sav-On Drug stores in the San Fernando Valley, later became a night club and remained a dance hall and music venue throughout the 1990s; it was also used as a boxing venue.[32] The site later became and since remains a Spanish-language Christian church.[33]

Reseda Park and Recreation Center, located at the corner of Reseda and Victory Boulevards, has barbecue pits, a lighted baseball diamond, lighted outdoor basketball courts, a children's play area, a community room with a capacity of 200, picnic tables, an outdoor unheated seasonal pool, table tennis, lighted tennis courts, and lighted volleyball courts.[35] The Recreation Center offers a variety of sports programs and classes.[36] Reseda Park also hosts an ornamental lake for fishing and a large duck pond.[37] During the 1950s and 1960s, the duck pond also had a boathouse, where one could rent electric boats by the hour.[12]

The Reseda Senior Multipurpose Center is located next to the Recreation Center. The center is operated and staffed by volunteers. Some of the programs for the senior center are operated through the park.[38]

The West Valley Regional Branch is operated by the Los Angeles Public Library.

A number of movies have been filmed or set in Reseda:[12]

Reseda is mentioned in numerous songs, including:

Television shows filmed in Reseda include: 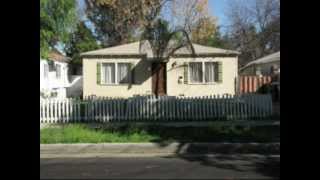 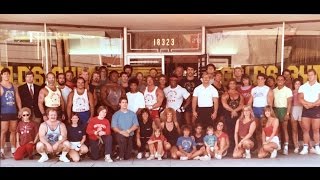 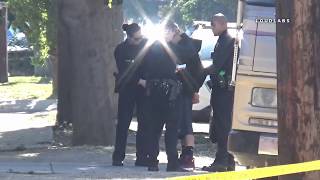 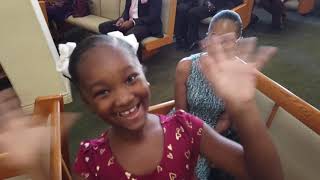 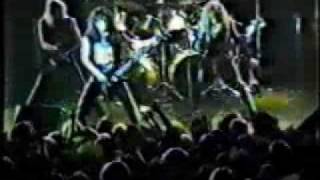 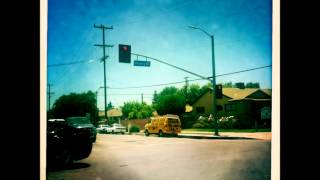 An MS-13 member killed a man on a New York subway platform. The gang dates back to the 1970s.
Watch   Add to List   Share 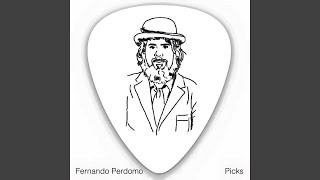 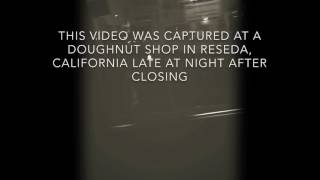 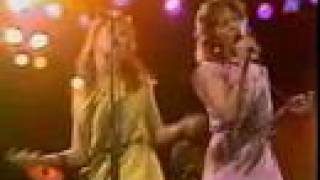 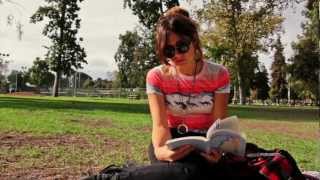 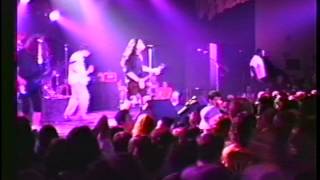 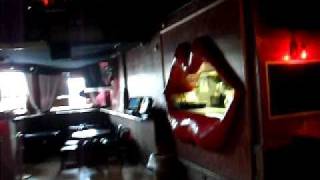 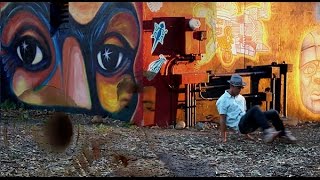 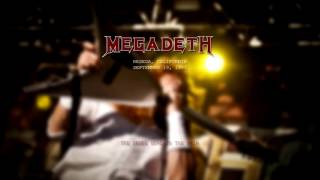 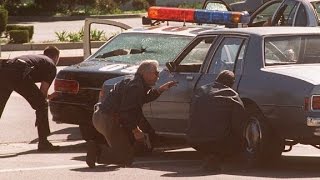 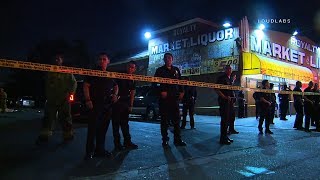 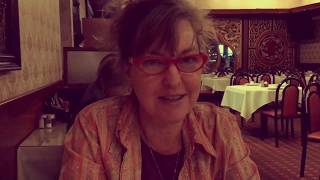 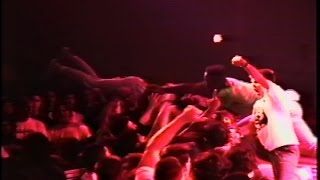 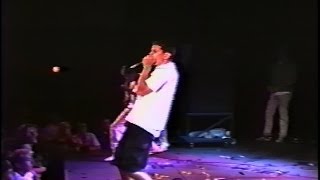