Rahway and the surrounding area were once the home of the Lenni Lenape Native Americans, and tradition states that the city was named after Rahwack, a local tribal chief.[19][20][21]

Formal European settlement began in 1664 with the purchase by the English from the Lenape of the Elizabethtown Tract, which encompassed lands from the mouth of the Raritan River and included all of present-day Union County as well as parts of Somerset, Middlesex, Morris and Essex counties. The early settlers of Elizabethtown and Woodbridge were the founders of Rahway which began as outlying acreage and plantations.[22] The Seventeenth Century Clark House is one of the oldest buildings in the state.[23]

Rahway saw action during the American Revolutionary War because of its proximity to Staten Island, Elizabethtown and Perth Amboy. In January 1777, rebels were victorious against the British in the Battle of Spanktown, which resulted in the death of some 100 British troops.[24] The battle was named this after Rahway's original name given to it by the first settlers, Spanktown,[19] which is said to have been chosen "because an early settler publicly took his spouse across his knee and chastised her".[25] Spanktown was mentioned in Revolutionary War military dispatches from 5 January 1777 through 14 March 1782.[26]

The Merchants' and Drovers' Tavern resides at the corner of St. Georges and Westfield Avenues. The earliest buildings at the site date to 1795 and the property remains one of Rahway's most prominent historical landmarks.[27]George Washington visited Rahway during his travel to New York City prior to his presidential inauguration in 1789. A marker across the street from the tavern reads:[28]

Here, on April 23, 1789, on his way to New York City, Washington was received by troops from Elizabethtown and Newark. He was entertained at the inn kept by Samuel Smith by gentlemen of the town.

Following the Revolution, Rahway became the home of the first national mint to create a coin bearing the inscription E pluribus unum.[29] A United States Post Office established in Rahway was one of only six in the entire state in 1791.

Rahway grew due to its location along the major stagecoach and railroad lines between New York City and Philadelphia, Pennsylvania. The navigable Rahway River, which flows through the city, also aided the city's commercial growth.

The first municipal elections for the mayor and council were conducted on April 19, 1858, and the council held its first meeting on May 3, 1858. The city's police department and its initial group of four constables were created at that first council meeting.[31]

The city became home to dozens of major manufacturers, including the Regina Music Box Company, Wheatena, Mershon Bros. and, most importantly, Merck & Co., which was established in Rahway in 1903, when George Merck moved his small chemical company to Rahway from New York City.[32] The company remained in Rahway through the presidency of George W. Merck and after.

The national decline in industry after World War II led to the closure of most of Rahway's major manufacturing facilities (except for Merck) and a general deterioration of the city's central business district. Beginning in the late 1990s, the city launched a plan to revitalize the downtown area and authorized the construction of hundreds of new market-rate housing units, a hotel, art galleries and additional retail space.

Rahway is bordered by the municipalities of Clark to the northwest and Linden to the northeast in Union County; and by Woodbridge Township to the south in Middlesex County.[34][35][36] The Rahway River travels through Rahway, entering from Clark at Rahway River Parkway. The river receives the waters of Robinsons Branch at Elizabeth Avenue between West Grand Avenue and West Main Street, and then receives the waters of the South Branch at East Hazlewood Avenue and Leesville Avenue. The river leaves Rahway at the city limits of Linden and Woodbridge before flowing into the Arthur Kill.[37]

Unincorporated communities, localities and place names located partially or completely within the city include Inman Heights and North Rahway.[38]

The climate in this area is characterized by hot, humid summers and generally mild to cool winters. According to the Köppen Climate Classification system, Rahway has a humid subtropical climate, abbreviated "Cfa" on climate maps.[39]

Beginning in the early 1990s and continuing through the present day, the City of Rahway has rebounded as its downtown began to see the construction of new restaurants, art galleries, market-rate housing and the old Rahway Theatre reopening as the Union County Performing Arts Center. The theater underwent a $6.2-million renovation and expansion project, completed in 2007. As part of the expansion, the facility was purchased by the County of Union for $1.3 million and leased back for $1 a year.[53]

In September 1999, remnants of Hurricane Floyd swept across New Jersey and caused severe damage. The Rahway Public Library was on a flood plain and suffered over US$1 million in flood damage. The building was demolished in October 2001 and a new library was constructed and opened on March 22, 2004, behind the city's municipal building along a less flood-prone area of the Rahway River.[54] The area where the former Rahway Public Library was now contains tennis courts and a small playground.

Rahway is home to the Union County Performing Arts Center. It is in the process of building dedicated artists' housing so that actors, musicians, dancers, comedians, poets, filmmakers, and visual artists can live in safe affordable housing.[]

A number of contemporary art galleries sit in the Rahway Arts District as well as three professional rehearsal and recording studios.

The city is home to more than ten parks. The best-known is Rahway River Park, which is maintained by Union County, and is also partially located in Clark. Parks and plazas run by the City of Rahway (and overseen by the Rahway Recreation and Parks Department) include:

Parks run by the county inside Rahway's borders (overseen by the Union County Parks and Recreation Department) include:[57]

The Rahway River Parkway is a greenway of parkland that hugs the Rahway River and its tributaries. It was designed in the 1920s by the Olmsted Brothers firm, who were the sons of the eminent landscape architect Frederick Law Olmsted.[62]

The Bushmen of Rahway

A mysterious duo known as the "Bushman of Rahway" are reported to frequent the Rahway River Parkway disguised as talking bushes. Dressed in ghillie suits, the pair stand up and say 'Hi' to unsuspecting passers-by.[63] Their actions have generated local and international controversy. While some find their prank humorous, local law enforcement have threatened them with arrest if caught.[64] The City of Rahway is governed under the Faulkner Act system of municipal government under the Mayor-Council (Plan F), implemented as of January 1, 1955, based on the recommendations of a Charter Study Commission.[65] The township is one of 71 municipalities (of the 565) statewide that use this form of government.[66] The city's governing body is comprised of the Mayor and the nine-member City Council. The Mayor is elected directly by the voters. The City Council is comprised of nine members, all elected to four-year terms of office. Six members of the council are elected from each of six wards. The other three members are elected to represent the entire city on an at-large basis. Elections are in even-numbered years, with the six ward seats up together, followed two years later by the three at-large seats and the mayoral seat.[5][67][68] Under the City of Rahway's form of government, all executive and administrative authority is vested in the office of the mayor, who appoints the Business Administrator and department directors. The Business Administrator develops an annual budget for the city, manages the city's departments and oversees its employees. This form of government gives citizens a centralized line of authority for the efficient management of the city's business.[2]

In October 2019, Danni Newbury was selected to fill the Fifth Ward seat expiring in December 2020 that had been held by Jennifer Wenson-Maier until she resigned from office.[74]

In January 2018, the council selected Council President Raymond Giacobbe to fill the seat that had been held by Samson Steinman until he resigned the previous month, citing personal reasons.[75] Later that month, Joseph Gibilisco was appointed to fill the sixth ward seat expiring in December 2020 that had been held by Giacobbe that became vacant when he took office as mayor.[76] Giblisco served on an interim basis until the November 2018 general election, when he was elected to serve the balance of the term of office.[72]

Steinman had been appointed to the position of mayor in September 2013 following the resignation of Rick Proctor, whose term of office was to have run until December 31, 2014.[77] In turn, the city council chose Raymond A. Giacobbe Jr., from among three candidates nominated by the Democratic municipal committee to fill Steinman's vacant Sixth Ward seat expiring in December 2016.[78] Giacobbe served on an interim basis until the November 2014 general election, when he was elected to serve the balance of the term of office.[79]

Rahway is located in the 10th Congressional District[80] and is part of New Jersey's 22nd state legislative district.[8][81][82]

For the 2018-2019 session (Senate, General Assembly), the 22nd Legislative District of the New Jersey Legislature is represented in the State Senate by Nicholas Scutari (D, Linden) and in the General Assembly by Linda Carter (politician) (D, Plainfield) and James J. Kennedy (D, Rahway).[88][89] Carter was appointed in May 2018 to fill the vacant seat left following the death of Jerry Green the previous month after 26 years of service.[90] US 1/9 northbound in Rahway

Rahway is served by U.S. Route 1/9, and Route 27. The city is sandwiched between the Garden State Parkway and the New Jersey Turnpike, which are each located about two miles outside of the city limits. There are several crossings of the Rahway River in the city.

NJ Transit 115 route provides local service and interstate service to and from the Port Authority Bus Terminal in Midtown Manhattan, with service on the 48 line to Elizabeth and Perth Amboy.[125]

Rahway Train Station[126] serves NJ Transit's North Jersey Coast Line and Northeast Corridor Line.[127][128] The City of Rahway and NJ Transit helped fund a $16 million renovation for the station in 1999 and a public plaza in front of the station was completed in 2001, changes that have spurred cleanup and revitalization downtown.[129] A new US$11.2 million 524-space parking deck opened across the street from the station in January 2005, helping train commuters and allowing the city to transform old parking lot space into new buildings and residences.[130] A typical train ride to New York City's Pennsylvania Station takes 40 minutes.

People who were born in, residents of, or otherwise closely associated with Rahway include: 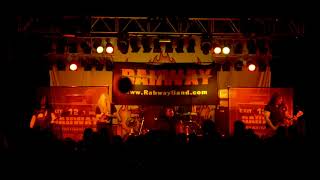 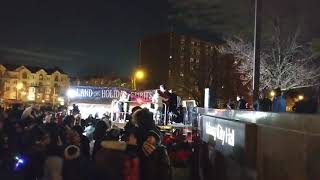 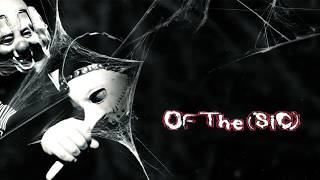 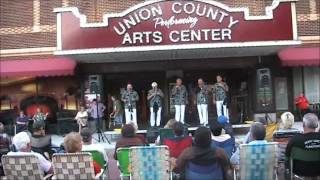 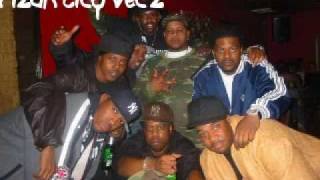 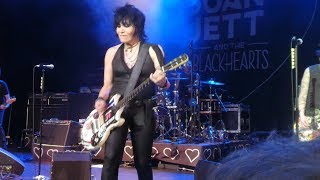 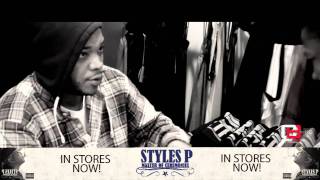 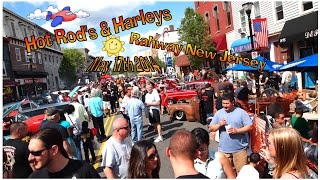 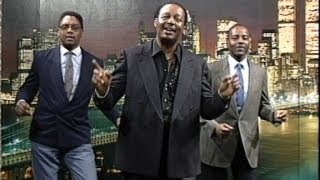 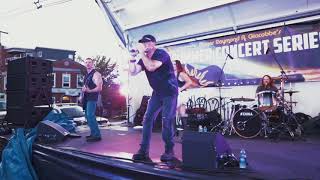 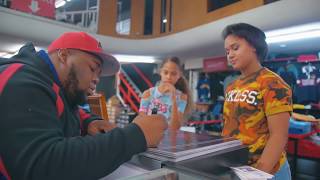 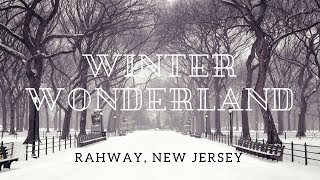 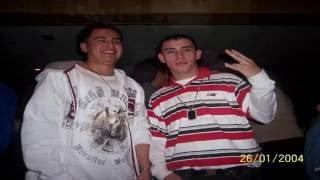 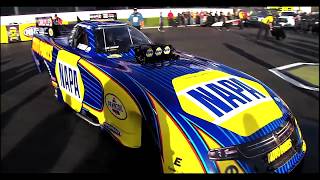 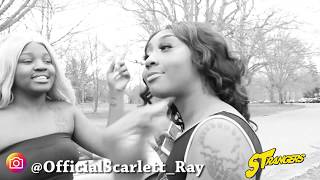 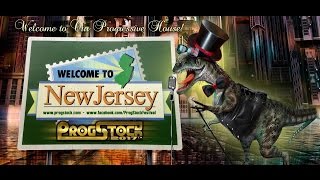