Learn
Post-rock
Get Post-rock essential facts below. View Videos or join the Post-rock discussion. Add Post-rock to your PopFlock.com topic list for future reference or share this resource on social media.
Post-rock

Post-rock is a form of experimental rock[3] characterized by use of rock instruments primarily to explore textures and timbre rather than traditional song structure, chords or riffs.[4] Post-rock artists typically unify rock instrumentation with electronics,[3] and are often instrumental.[5][6][3] Although firmly rooted in the indie or underground scene of the 1980s and early 1990s, post-rock's style often bears little resemblance musically to that of contemporary indie rock, departing from rock conventions.[6] Elements may be borrowed from genres such as ambient music, krautrock, IDM, jazz, minimalist classical, and dub reggae.[3]

Prominent post-rock groups include Sigur Rs, Explosions in the Sky, Mono, Godspeed You! Black Emperor, Stereolab, Maybeshewill, Mogwai, Disco Inferno, and Tortoise, with individual styles between groups differing widely despite being centered on guitars and drums. As such, the term has been the subject of controversy from listeners and artists alike.[7]

The term "post-rock" is believed[by whom?] to have been coined by critic Simon Reynolds in his review of Bark Psychosis' album Hex, published in the March 1994 issue of Mojo magazine.[8] Reynolds expanded upon the idea later in the May 1994 issue of The Wire.[5][9] He used the term to describe music "using rock instrumentation for non-rock purposes, using guitars as facilitators of timbre and textures rather than riffs and power chords". He further expounded on the term,

Perhaps the really provocative area for future development lies... in cyborg rock; not the wholehearted embrace of Techno's methodology, but some kind of interface between real time, hands-on playing and the use of digital effects and enhancement.

Reynolds, in a July 2005 entry in his blog, claimed he had used the term "post-rock" before using it in Mojo, previously using it in music newspaper Melody Maker.[10] He also said he later found the term not to be of his own creation, saying in his blog, "although I genuinely believed I was coining the term, I discovered many years later it had been floating around for over a decade." The term was used by American journalist James Wolcott in a 1975 article about musician Todd Rundgren, although with a different meaning.[11] It was also used in the Rolling Stone Album Guide to name a style roughly corresponding to "avant-rock" or "out-rock".[10]

Another pre-1994 example of the term in use can be found in an April 1992 review of 1990s noise-pop band The Earthmen by Steven Walker in Melbourne music publication Juke, where he describes a "post-rock noisefest".[12]

Post-rock group Sigur Rs performing at a 2005 concert in Reykjavk.

Post-rock compositions often make use of repetition of musical motifs and subtle changes with an extremely wide range of dynamics. In some respects, this is similar to the music of Steve Reich, Philip Glass and Brian Eno, pioneers of minimalism.[16] Typically, post-rock pieces are lengthy and instrumental, containing repetitive build-ups of timbre, dynamics and texture.[5]

Vocals are often omitted from post-rock; however, this does not necessarily mean they are absent entirely. When vocals are included, the use is typically non-traditional: some post-rock bands employ vocals as purely instrumental efforts and incidental to the sound, rather than a more traditional use where "clean", easily interpretable vocals are important for poetic and lyrical meaning.[3] When present, post-rock vocals are often soft or droning and are typically infrequent or present in irregular intervals. Sigur Rs, a band known for their distinctive vocals, fabricated a language they called "Hopelandic" ("Vonlenska" in Icelandic), which they described as "a form of gibberish vocals that fits to the music and acts as another instrument."[19]

In lieu of typical rock structures like the verse-chorus form, post-rock groups generally make greater use of soundscapes. Simon Reynolds states in his "Post-Rock" from Audio Culture that "A band's journey through rock to post-rock usually involves a trajectory from narrative lyrics to stream-of-consciousness to voice-as-texture to purely instrumental music".[20] Reynolds' conclusion defines the sporadic progression from rock, with its field of sound and lyrics to post-rock, where samples are stretched and looped.

Wider experimentation and blending of other genres have recently taken hold in the post-rock scene. Cult of Luna, Isis, Russian Circles, Palms, Deftones, and Pelican have fused metal with post-rock styles. The resulting sound has been termed post-metal. More recently, sludge metal has grown and evolved to include (and in some cases fuse completely with) some elements of post-rock. This second wave of sludge metal has been pioneered by bands such as Giant Squid and Battle of Mice. This new sound is often seen on the label of Neurot Recordings.[21] Similarly, bands such as Altar of Plagues, Lantls and Agalloch blend between post-rock and black metal, incorporating elements of the former while primarily using the latter.[22] In some cases, this sort of experimentation and blending has gone beyond the fusion of post-rock with a single genre, as in the case of post-metal, in favor of an even wider embrace of disparate musical influences as it can be heard in bands like Deafheaven.

Post-rock appears to take a heavy influence from late 1960s U.S. group The Velvet Underground and their "dronology" -- "a term that loosely describes fifty percent of today's post rock activity".[23] A 2004 article from Stylus Magazine noted that David Bowie's album Low (1977) would have been considered post-rock if released twenty years later.[24]

This Heat are regarded as having predated the genre because of their unique combination of avant-prog, krautrock, and industrial music[not in citation given].[27][28][29] Their music has been compared directly to Slint, Swans and Stereolab.[27][28]Stump have been referred to as "a significant precursor to post-rock" due to the "strictness" of the band's avant-garde approach.[30]

Bands from the early 1990s, such as Slint or, earlier, Talk Talk, were later recognized as influential on post-rock.[6] Despite the fact that the two bands are very different from one another, Talk Talk emerging from art rock and new wave and Slint emerging from post-hardcore, they both have had a driving influence on the way post-rock progressed throughout the 1990s. Originally used to describe the music of English bands such as Stereolab,[31]Laika,[32]Disco Inferno,[33]Moonshake,[34]Seefeel,[6]Bark Psychosis, and Pram,[5] post-rock grew to be frequently used for a variety of jazz and krautrock influenced, largely instrumental, and electronica-tinged music made after 1994.[6][3] Post-rock group Do Make Say Think performing at a May 2007 concert.

Groups such as Cul de Sac, Tortoise, Labradford, Bowery Electric and Stars of the Lid are cited as founders of a distinctly American post-rock movement.[35] The second Tortoise LP Millions Now Living Will Never Die, made the band a post-rock icon.[6][36] Many bands (e.g., Do Make Say Think) began to record music inspired by the "Tortoise-sound".[37]

In the late 1990s, Chicago was the home base for a variety of post-rock associated performers. Both John McEntire of Tortoise and Jim O'Rourke of Brise-Glace and Gastr del Sol were important producers for many of the groups.[38] One of the most eminent post-rock locales is Montreal, where Godspeed You! Black Emperor and similar groups, including Silver Mt. Zion and Fly Pan Am record on Constellation Records, a notable post-rock record label.[39] These groups are generally characterized by an aesthetic rooted in, among other genres, musique concrte, chamber music, and free jazz.[16]

In the early 2000s, the term had started to fall out of favor.[40] It became increasingly controversial as more critics outwardly condemned its use.[3] Some of the bands for whom the term was most frequently assigned, including Cul de Sac,[41][42]Tortoise,[40] and Mogwai,[7] rejected the label. The wide range of styles covered by the term, they and others have claimed, rob it of its usefulness.[43]

Today, despite criticism of the term, post-rock has maintained its prominence. In 2000, Radiohead released the critically acclaimed studio album Kid A,[44][45] marking a turning point in their musical style. Sigur Rs, with the release of gtis byrjun in 1999, became among the most well known post-rock bands of the 2000s. In part this was due to the use of many of their tracks, particularly their 2005 single "Hopppolla", in TV soundtracks and film trailers, including the BBC's Planet Earth. Their popularity can at least somewhat be attributed to a move towards a more rock oriented sound with simpler song structures and increasing utilization of pop hooks.[46]Explosions in the Sky, 65daysofstatic, This Will Destroy You, Do Make Say Think, and Mono are some of the more popular post-rock bands of the new millennium.[47] Following a 13-year hiatus, experimental rock band Swans have released a number of albums that exhibit post-rock traits, most notably To Be Kind, which made it into the top 40 for both the US and the UK. The Swedish post-rock band Oh Hiroshima received positive reception for their album In Silence We Yearn, released in 2015.[48][49] 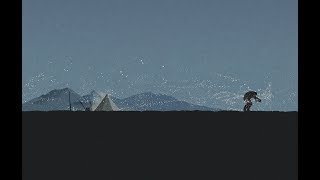 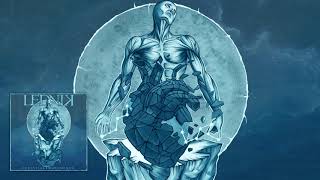 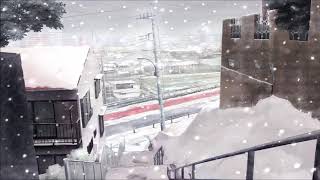 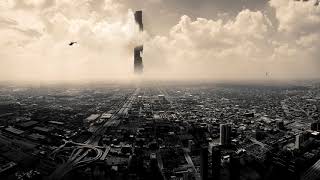 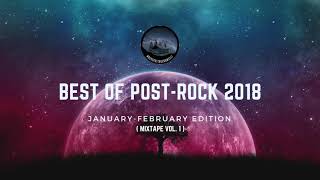 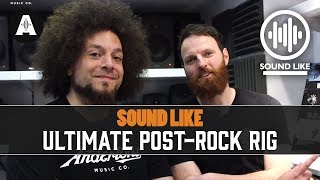 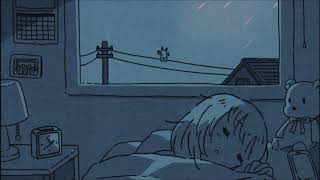 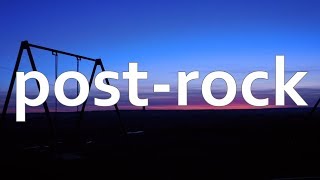 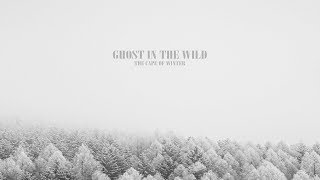 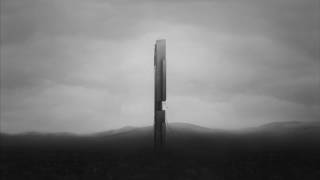 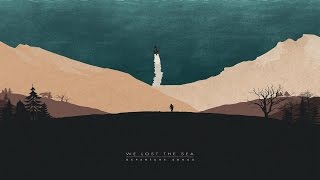 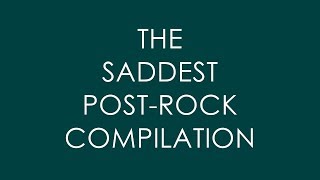 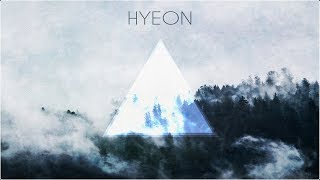 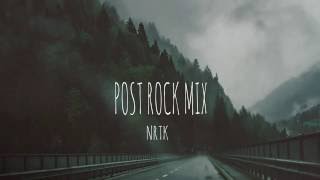 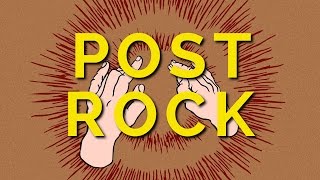 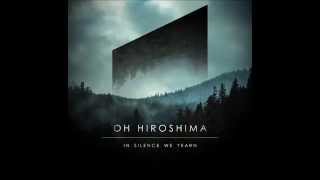