Port Huron is a city in the U.S. state of Michigan and the county seat of St. Clair County.[6] The population was 30,184 at the 2010 census. The city is adjacent to Port Huron Township but is administratively autonomous.

Located along the St. Clair River, it is connected to Point Edward, Ontario in Canada via the Blue Water Bridge. The city lies at the southern end of Lake Huron and is the easternmost point on land in Michigan. Port Huron is home to two paper mills, Mueller Brass, and many businesses related to tourism and the automotive industry. The city features a historic downtown area, boardwalk, marina, museum, lighthouse, and the McMorran Place arena and entertainment complex.

This area was long occupied by the Ojibwa people. French colonists had a temporary trading post and fort at this site in the 17th century.

In 1814 following the War of 1812, the United States established Fort Gratiot at the base of Lake Huron. A community developed around it. The early 19th century was the first time a settlement developed here with a permanent European-American population. In the 19th century, the United States established an Ojibwa reservation in part of what is now Port Huron, in exchange for their cession of lands under treaty for European-American settlement. But in 1836, under Indian Removal, the US forced the Ojibwa to move west of the Mississippi River and resettle in what are now the states of Wisconsin and Minnesota.[7]

In 1857, Port Huron became incorporated. Its population grew rapidly after the 1850s due a high rate of immigration: workers leaving poverty, famine, and revolutions in Europe were attracted to the successful shipbuilding and lumber industries in Michigan. These industries supported development around the Great Lakes and in the Midwest. In 1859 the city had a total of 4,031 residents; some 1855, or 46%, were foreign-born or their children (first-generation Americans).[8]

By 1870, Port Huron's population exceeded that of surrounding villages. In 1871, the State Supreme Court designated Port Huron as the county seat of St. Clair County.[9]

On October 8, 1871, the city, as well as places north in Sanilac and Huron counties, burned in the Port Huron Fire of 1871. A series of other fires leveled Holland and Manistee, Michigan, as well as Peshtigo, Wisconsin and Chicago, Illinois on the same day. The Thumb Fire that occurred a decade later, also engulfed Port Huron.

The following historic sites have been recognized by the State of Michigan through its historic marker program.

In June 1962, the Port Huron Statement, a New Left manifesto, was adopted at a convention of the Students for a Democratic Society. The convention did not take place within the actual city limits of Port Huron, but instead was held at a United Auto Workers retreat north of the city (now part of Lakeport State Park).

Port Huron is the only site in Michigan where a lynching of an African-American man took place. On May 27, 1889, in the early morning, a mob of white men stormed the county jail to capture 23-year-old Albert Martin. A mixed-race man, he was accused of attacking a woman. They hanged him from the 7th Street Bridge. A memorial was installed in 2018 at the site, recounting Martin's history. The city collaborated with the Equal Justice Initiative on this memorialization.[11]

According to the United States Census Bureau, the city has a total area of 12.26 square miles (31.75 km2), of which 8.08 square miles (20.93 km2) is land and 4.18 square miles (10.83 km2) is water.[12] The city is considered to be part of the Thumb area of East-Central Michigan, also called the Blue Water Area. The easternmost point (on land) of Michigan can be found in Port Huron, near the site of the Municipal Office Center and the wastewater treatment plant. The Black River divides the city in half, snaking through Port Huron and emptying into the St. Clair River near Downtown.

Port Huron is the largest city in the Thumb area, and is a center of industry and trade for the region. A reference to the Port Huron Statement was made in the Coen Brothers film The Big Lebowski.[17]

In 2009 the TV show Criminal Minds used Port Huron, and Detroit as locations for an episode involving crossing the border into Ontario.[18][19]

Port Huron has had a strong tradition of minor league hockey for many years.

The Port Huron Flags played in the original International Hockey League from 1962-1981, winning three Turner Cup championships in 1966, 1971 and 1972. Its leading career scorers were Ken Gribbons, who played most of his career in the IHL; Bob McCammon, a lifelong IHLer who went on to be a National Hockey League coach with the Philadelphia Flyers and the Vancouver Canucks; Bill LeCaine and Larry Gould, who played a handful of NHL games with the Pittsburgh Penguins and the Vancouver Canucks, respectively.

Legendary NHL hockey broadcaster Mike Emrick started his career doing play-by-play hockey for the Flags on AM 1450 WHLS in the mid 1970s. Emrick would go on to broadcast Olympic hockey games and Stanley Cup playoffs for NBC Sports, and is a frequent guest contributor to sister station WPHM.[20]

Port Huron was also represented in the Colonial Hockey League (also operating under the names United Hockey League and International Hockey League), with franchises from 1996 until the league folded in 2010. Originally called the Border Cats, the team was renamed the Beacons in 2002, the Flags in 2005 and the Icehawks in 2007. Among the more notable players were Bob McKillop, Jason Firth, Tab Lardner and Brent Gretzky.

The Port Huron Fighting Falcons of the junior North American Hockey League played at McMorran Place, beginning in 2010 until 2013. The team moved to Connellsville, PA for the 2014 season. The team's name was changed to the Keystone Ice Miners.

Port Huron is also home to the Port Huron Prowlers of the Federal Prospects Hockey League.

The city government is organized under a council-manager government form. The City Council is responsible for appointing a city manager, who is the chief administrative officer of the city. The manager supervises the administrative affairs of the city and carries out the policies established by the City Council. As the Chief Administrative Officer, the City Manager is responsible for the organization of the administrative branch and has the power to appoint and remove administrative officers who are responsible for the operation of departments which carry out specific functions. The City Council consists of seven elected officials--a mayor and six council members. Beginning with the 2011 election, citizens voted separately for Mayor and Council. Council members will serve staggered four-year terms and the mayor will serve a two-year term. The current mayor is former city clerk Pauline Repp. The city levies an income tax of 1 percent on residents and 0.5 percent on nonresidents. [21]

Some of Port Huron's earliest industries, like most Michigan towns, were related to the agriculture industry. A large grain elevator was located on the St. Clair River just north of the current Municipal Office Center.[22] A bean dock was located on the St. Clair River, where dry edible beans from points north in the Thumb were loaded into ships. The dock operated as the Port Huron Terminal Company. Currently the bean dock is used as an event venue.[23] Port Huron was also a national leader in the chicory coffee substitute industry. Future Congressman Henry McMorran in 1902 started Port Huron's chicory processing plant, located on the Black River near 12th Avenue. A second chicory plant operated at 3rd and Court Streets in Port Huron, which would later be purchased by McMorran's son.[24] The roadside weed which grew in areas of the Thumb and Saginaw Valleys was brought to Port Huron for processing and then shipped worldwide. Chicory was commonly used as a coffee substitute especially in wartime.[25]

Wartime also brought another industry to Port Huron: the Mueller Metals Company, which built a factory in Port Huron in 1917. The plant primarily made shell casings for World War I. The factory was originally owned by the Mueller Co., and since has been spun off into its own entity called Mueller Industries.[26] The Port Huron Factory is still in operation, located on Lapeer Road on the city's west side, where they produce a variety of valves and fittings.[27]

The Peerless Cement Company operated a cement plant just south of the Blue Water Bridge from the 1920s through the 1970s. The waterfront site is now the location of the Edison Inn and Blue Water Convention Center.[28]

There are two paper mills in Port Huron. Dunn Paper operates a specialty paper mill at the mouth of the St. Clair River just north of the Blue Water Bridge.[29]Domtar also operates a paper mill in Port Huron, located on the Black River. It was originally built in 1888 by the E. B. Eddy Company. The Domtar mill also specializes in specialty papers for the medical and food service industries.[30] Adjacent to the Domtar Mill is the site of the former Acheson Colloids Company. Dr. Edward Acheson in 1908 founded the company, which made a variety of chemical and carbon-based products.[31] The factory was purchased by Henkel and closed in 2010. However, Henkel continues to manufacture ink and carbon products under the Acheson brand.[32]

A variety of factories related to the automotive industry occupy Port Huron's Industrial Park on the city's south side. Many of these produce plastic components for vehicles.

Jenks Shipbuilding Company was founded in 1889, renamed in 1903 as Port Huron Shipbuilding and ceased operations sometime after 1908.[33] The shipyard was found on the north bank of the Black River between Erie Street and Quay Street which is now a parking area for Bowl O Drome and Port Huron Kayak Launch.

Port Huron's longtime financial institution was Citizens Federal Bank. The financial institution's headquarters was located in Port Huron with branches throughout the Thumb. The bank's name was changed to Citizens First in 1997.[36] In early 2010, Citizens First was closed by the Michigan Office of Financial and Insurance Regulation. It the first bank in Michigan to fall victim of the financial crisis of 2007-2008. The assets of Citizens First were acquired by First Michigan bank of Troy.[37] First Michigan would be renamed Talmer Bancorp before being purchased by Chemical Financial Corporation (now TCF Financial Corporation) in 2016.

The first station to sign on in Port Huron was WHLS, coinciding with the opening of the Blue Water Bridge in 1938. It was founded by Harold Leroy Stevens and Fred Knorr. John Wismer became part owner of the station in 1952. He would later launch the first Cable Television system in Port Huron and WSAQ in 1983. Wismer died in 1999.

The Times Herald launched its own radio station in 1947 known as WTTH. That station would later become WPHM, and was bought by Lee Hanson in 1986. WPHM got FM sister station WBTI in 1992. Wismer and Hanson were direct competitors until they were both bought by Bob Liggett's Radio First in 2000.

The following is a list of broadcast radio stations that provide local content to the Port Huron Area. Other stations may be heard area over the air however their content is not directed to residents of the city.

St. Clair County lies in the Detroit television market. Channels available on Comcast are as follows:

The Blue Water Area Transit system,[38] created in 1976, includes eight routes in the Port Huron area. Blue Water Transit operates the Blue Water Trolley, which provides a one-hour tour of various local points of interest. Recently, Blue Water Area Transit received a grant from the state to buy new buses for a route between the Port Huron hub and New Baltimore about 30 miles (48 km) south. Commuters could take an express bus traveling down I-94 and get off at the 23 Mile Road SMART Bus stop. At the same time, another bus will travel down M-25 and M-29 and pick up commuters in Marysville, Saint Clair and Algonac before ending up at the same stop on 23 Mile Road. This new system will help people in St. Clair County travel through Metro Detroit. 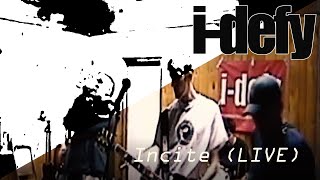 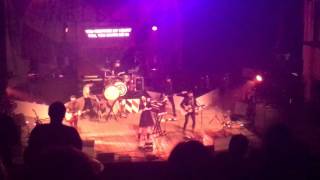 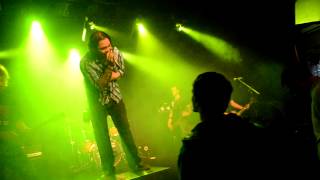 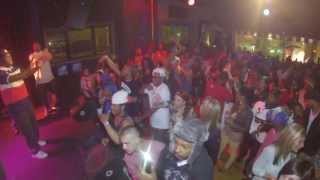 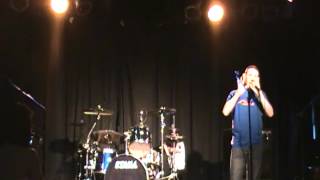 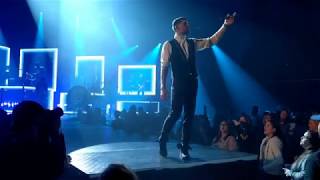 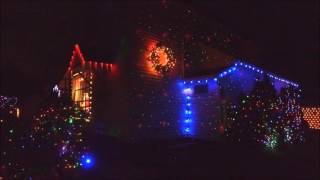 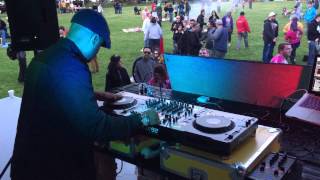 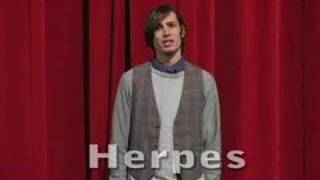 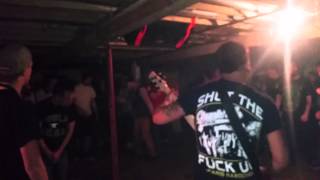 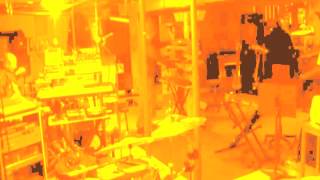 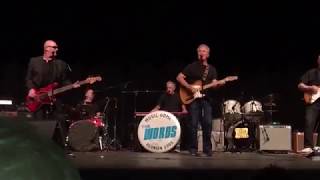 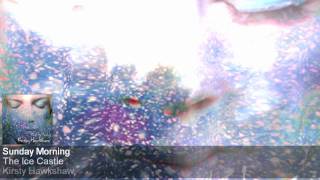 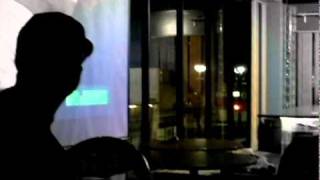 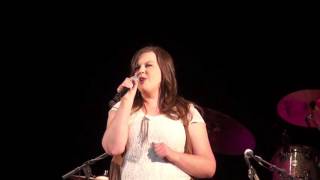 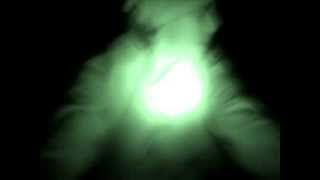 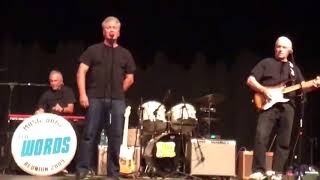 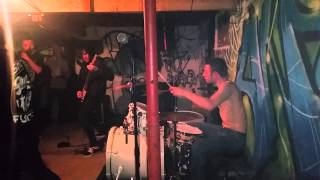 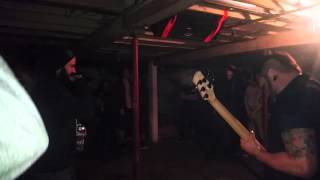