Port Angeles is a city in and the county seat of Clallam County, Washington, United States.[5] With a population of 19,038 as of the 2010 census,[6] it is the largest city in the county. The population was estimated at 20,229 in 2019 by the Office of Financial Management.

The City's harbor was dubbed Puerto de Nuestra Señora de los Ángeles (Port of Our Lady of the Angels) by Spanish explorer Francisco de Eliza in 1791. By the mid-19th century, after settlement by English speakers from the United States, the name was shortened and partially anglicized to its current form,[7] Port Angeles Harbor.[8]

Port Angeles is home to Peninsula College. It is the birthplace of football hall of famer John Elway and residents include writers and artists. The city is served by William R. Fairchild International Airport. Ferry service is provided across the Strait of Juan de Fuca to Victoria, British Columbia, Canada on the MV Coho.

This area was long occupied by succeeding cultures of indigenous peoples. In 1791, the harbor was entered by Spanish explorer Francisco de Eliza, who named it Puerto de Nuestra Señora de los Ángeles (Port of Our Lady of the Angels), claiming it for Spain. He was on an expedition from southern California. This name was shortened to the current one of Port Angeles.

The first Europeans to the area tended to trade with the Native Americans. It was not until the 19th century that European Americans began to settle here. A small whaling, fishing and shipping village developed, which traded with Victoria, British Columbia. In 1856-1857, the first settlers arrived and they were followed by the Cherbourg Land Company in 1859.

Soon afterwards the site caught the attention of Victor Smith. Smith, a protege of Salmon Chase, was Collector of Customs for the Puget Sound District. He quickly gained approval to relocate the U.S. Customs Port of Entry for Washington Territory from Port Townsend to Port Angeles. With Chase's support, he also succeeded in getting President Abraham Lincoln to designate 3,520 acres (1,424 ha) at Port Angeles as a federal reserve for lighthouse, military and naval purposes. The U.S. Army Corps of Engineers platted a federal town site on the reserve land, laying out the street plan which still exists today. The fact that Washington, D.C., was the only other city officially laid out by the federal government led the U.S. Board of Trade in 1890 to dub Port Angeles the "Second National City." Settlers soon followed slowly, but Smith's death in the sinking of the Brother Jonathen led to the loss of interest in the area. The Port of Entry was returned to Port Townsend and the area sank into obscurity until the 1880s.

In 1884, a hotel was built and the trading post was expanded into the areas first general store. A wharf was soon built upon that site that the current ferry pier stands. A village of 300 in 1886, Port Angeles' population grew to 3,000 by 1890. Hundreds of its new residents were part of the Puget Sound Cooperative Colony, which was established in 1887 and built several of the settlement's first permanent civic facilities, including a sawmill, church, office building, and opera house.[9] The town was incorporated on June 11, 1890, and was named the county seat of Clallam County later that year.[10] A depression a few years later was weathered and the town continued to grow into the new century. In 1914, large-scale logging began with construction of a large mill and a railway connecting the hinterlands to the mill. Other mills were soon built and the lumber and pulp mills supported the economy of the area until well into the century.

Tourism became increasingly important as the growing national affluence, and especially the 1961 opening of the Hood Canal Bridge that cut driving time from the populated central Puget Sound region, brought more visitors drawn by the mountains, rivers, and rainforest of Olympic National Park and by fishing and boating along the Strait of Juan de Fuca. The mills began to close in the 70s and 80s until only one pulp mill remained in operation.

In August 2003, a $275 million construction project known as the Graving Dock Project was started in Port Angeles near the water as part of the Hood Canal Bridge east-half replacement project. It was intended to construct an area for anchoring pontoons for the bridge.[11] During construction, human remains and artifacts were discovered. This site was found to be the "largest prehistoric Indian village and burial ground found in the United States," according to a senior archaeologist for the U.S. Army Corps of Engineers in Seattle. The archeology site also included Native American burials of the late 18th and early 19th centuries.[11]

Archeologists were called in to conduct a professional excavation. They found about 300 graves and 785 pieces of human bones, in addition to numerous ritual and ceremonial Indian artifacts of the former Tse-whit-zen village of the federally recognized Lower Elwha Klallam Tribe. This site had been continuously occupied by indigenous cultures for thousands of years; some of the remains date back at least 8,000 years.[12] Because of the significance of the site for Native American history, in December 2004, the graving dock project was abandoned.[11]

Many of the graves uncovered appeared to hold entire families, who seemed to have died suddenly. Archeologists project that this was likely the result of pandemics of smallpox and other infectious illnesses brought by European immigrants to North America. These caused massive death tolls among Native American populations in 1780 and 1835, as they had no acquired immunity. Infectious diseases contracted from interactions with European fur traders are believed to have killed about 90 percent of the Indians living in the Northwest before European-American settlement of the area.

In 2016, Port Angeles installed street signs in English and Klallam to revitalize and preserve the area's Klallam culture.[13]

The city is situated on the northern edge of the Olympic Peninsula along the shore of the Strait of Juan de Fuca. Port Angeles features a long and narrow glacial morraine named Ediz Hook that projects north-easterly nearly three miles into the Strait. Ediz Hook creates a large, natural deep-water harbor shielded from the storms and swells that move predominantly eastward down the Strait from the Pacific Ocean. Coast Guard Air Station / Sector Field Office (SFO) Port Angeles is situated on the end of Ediz Hook. The harbor is deep enough to provide anchorage for large ocean-going ships such as tankers and cruise ships. The south shore of Vancouver Island and the city of Victoria, British Columbia are visible across the Strait to the north.

Port Angeles is located in the rain shadow of the Olympic Mountains, which means the city gets significantly less rain than other areas of western Washington. The average annual precipitation total is approximately 25 in (640 mm), compared to Seattle's 38 in (970 mm). Temperatures are moderated by the maritime location, with winter lows rarely below 25 °F (-4 °C) and summer highs rarely above 80 °F (27 °C). However, in the winter, the city can be vulnerable to windstorms and Arctic cold fronts that sweep across the Strait of Juan de Fuca. Port Angeles receives about 4 in (100 mm) of snow each year, but it rarely stays on the ground for long.

Port Angeles is also the location of the headquarters of Olympic National Park, which encompasses most of the Olympic Mountains. This park was established in 1938 during the Great Depression by President Franklin D. Roosevelt.

Port Angeles has a mediterranean climate (Köppen Csb). It is heavily moderated by the Pacific Ocean, resulting in cool summers and mild winters for its latitude. Summers are far cooler than in Seattle for example. Port Angeles is in the rain shadow of the Olympic Mountains, resulting in much lower precipitation (only 25 in (640 mm) per year) than locations to the west outside of the rain shadow (for example La Push, with 100 in (2,500 mm) per year).

The Strait 102 KSTI is an FM radio station playing country music. KSTI is located at FM 102.1

Port Angeles is the home base of Rygaard Logging, one of the logging companies featured in the second season of the History Channel program, Ax Men.

The Straits of Juan de Fuca north of Port Angeles were used for filming some of the open water scenes in the 1990 film, The Hunt for Red October. Port Angeles was also used in the last scene of the 1994 movie of Wyatt Earp when Wyatt and Josie were on the boat out from the harbor with the Olympic Mountains in the distance.

Public school education is provided by the Port Angeles School District which operates five elementary schools, one middle school, a high school, an alternative high school and a vocational school. In addition, there are two private schools, Queen of Angels Catholic School and Olympic Christian School, both of which serve grades K-8.

Peninsula College is a community college based in Port Angeles that serves the Olympic Peninsula.

Mutsu, Aomori, Japan, is a sister city of Port Angeles. The cities have an exchange student program set up through the Port Angeles School District. 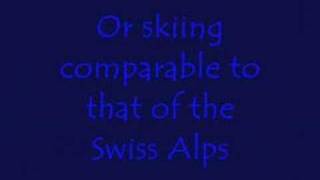 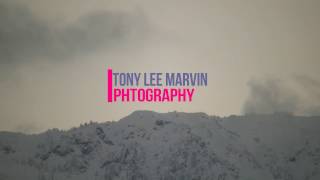 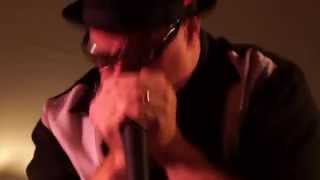 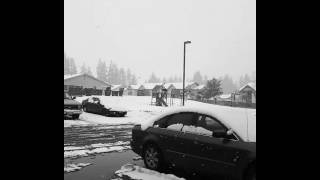 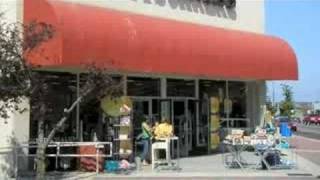 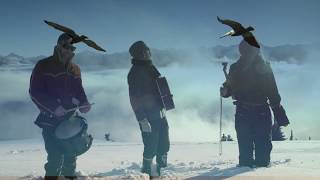 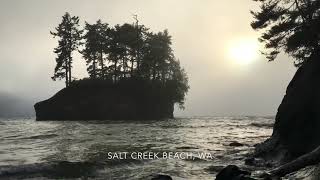 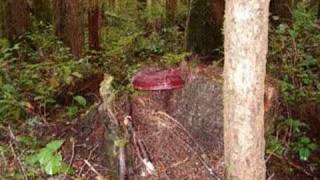 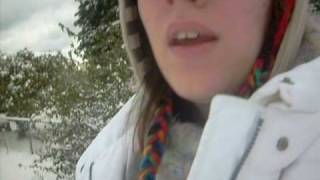 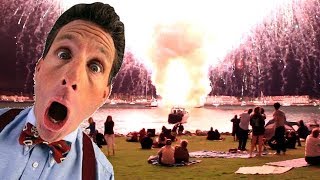 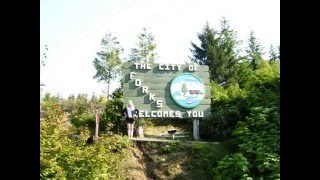 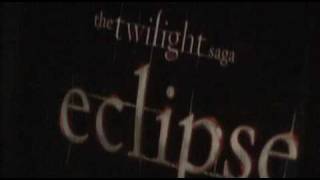 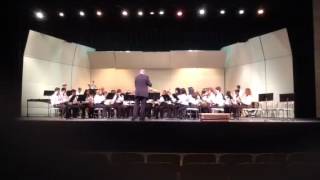 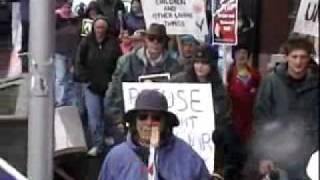 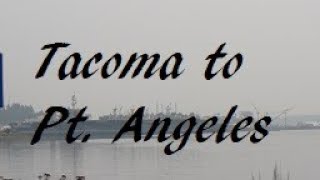 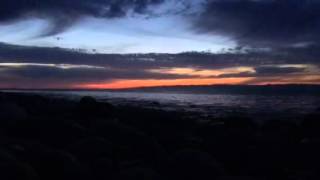 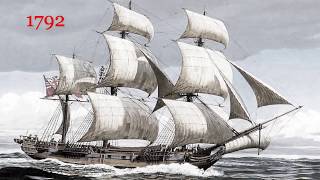 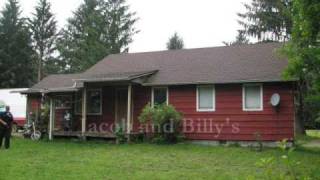