Outlaw country[1] is a subgenre of American country music, most popular during the 1970s and early 1980s, sometimes referred to as the outlaw movement or simply outlaw music.[2][3] The music has its roots in earlier subgenres like honky tonk and rockabilly and is characterized by a blend of rock and folk rhythms, country instrumentation and introspective lyrics.[3][4] The movement began as a reaction to the slick production and popular structures of the Nashville sound developed by record producers like Chet Atkins.[3][5]

The outlaw sound has its roots in honky tonk music of the 1940s and 1950s, rockabilly of the 1950s, and the evolving genre of rock and roll.[4][10] Early outlaws were particularly influenced by predecessors like Hank Williams, Elvis Presley, and Buddy Holly. However, an even greater transition occurred after Waylon Jennings and Willie Nelson were able to secure their own recording rights, and began the trend of bucking the "Nashville sound." According to Michael Streissguth, author of Outlaw: Waylon, Willie, Kris, and the Renegades of Nashville, Jennings and Nelson became outlaws when they "won the right" to record with the producers and studio musicians they preferred.[4]

The 1960s was a decade of enormous change, and that change was also reflected in the music of the time. The Beatles, Bob Dylan, the Rolling Stones and many who followed in their wake cast off the traditional role of the recording artist. They wrote their own material, they had creative input in their albums, and they refused to conform to what society required of its youth. At the same time, country music was declining into a formulaic genre that appeared to offer the establishment what it wanted with artists such as Porter Wagoner and Dolly Parton making the kind of music that was anathema to the growing counterculture. While Nashville continued to be the focus of mainstream country music, cities like Lubbock and Austin became the creative centers of outlaw country. Southern rock also had a strong influence on the outlaw country movement, and that sound and style of recording was centered in Muscle Shoals, Alabama.

The origin of the outlaw label is debated. According to Jason Mellard, author of Progressive Country: How the 1970s Transformed the Texan in Popular Culture, the term "seems to have sedimented over time rather than exploding in the national consciousness all at once."[11]

The term is often attributed to "Ladies Love Outlaws," a song by Lee Clayton and sung by Waylon Jennings on the 1972 album of the same name.[12] Another plausible explanation is the use of the term a year later by publicist Hazel Smith of Glaser Studios to describe the music of Jennings and Tompall Glaser. Art critic Dave Hickey, who wrote a 1974 profile in Country Music magazine, also used the term to describe artists who opposed the commercial control of the Nashville recording industry.[11]

In 1976, the Outlaw movement solidified the term with the release of Wanted! The Outlaws, a compilation album featuring songs sung by Waylon Jennings, Willie Nelson, Jessi Colter, and Tompall Glaser. Wanted! The Outlaws became the first country album to be platinum-certified, reaching sales of one million.[13] Although Jennings and Nelson are regarded as the stereotypical outlaws, there were several other writers and performers who provided the material that infused the movement with the outlaw spirit. Some people have noted that Jennings and Nelson were Nashville veterans whose careers were revived by the movement and that they drew on the energy that was being generated in their home state of Texas to spearhead the attack on the Nashville producers. Jennings, in particular, forced his record company to let him produce his own albums. In 1973 he produced Lonesome, On'ry and Mean. The theme song was written by Steve Young, a songwriter and performer who never made it in the mainstream, but whose songs helped to create the outlaw style. The follow-up album for Jennings was Honky Tonk Heroes and the songwriting hero was Texan Billy Joe Shaver. Like Steve Young, Shaver never made it big, but his 1973 album Old Five and Dimers Like Me is considered a country classic in the outlaw genre.

Willie Nelson's career as a songwriter in Nashville peaked in the late 1960s. As a songwriter, he had written a number of major pop-crossover hits, including "Crazy" for Patsy Cline and "Hello Walls" for Faron Young, but as a singer, he was getting nowhere. He left Nashville in 1971 to return to Texas. The musicians he met in Austin had been developing the folk and rock influenced country music that grew into the outlaw genre. Performing and associating with the likes of Jerry Jeff Walker, Michael Martin Murphey and Billy Joe Shaver helped shape his future career. At the same time as Nelson was reinventing himself, other significant influencers were writing and playing in Austin and Lubbock. Butch Hancock, Joe Ely and Jimmie Dale Gilmore formed The Flatlanders, a group that never sold huge numbers of albums, but continues to perform. The three founders have each made a significant contribution to the development of the outlaw genre. The Lost Gonzo Band and their work in conjunction with Jerry Jeff Walker and Michael Murphey were integral in the birth of Outlaw Country.[14]

Other Texans, like Townes Van Zandt, Steve Earle and Guy Clark, have developed the outlaw ethos through their songs and their lifestyles.

Although Johnny Cash spent most of his time in Arkansas and Tennessee, he experienced a revival of his career with the outlaw movement, especially after his live albums At Folsom Prison and At San Quentin, both of which were recorded in prisons. Cash had working relationships with Nelson, Jennings and Kris Kristofferson in his later career, culminating in the formation of The Highwaymen; the four would record and perform as a supergroup in addition to their solo careers through the late 1990s. Cash had also been on good terms with several folk counterculture figures, a fact that irked Nashville and television executives (Cash hosted a variety show from 1969 to 1971). Like the other outlaw singers, he eschewed the polished Nashville look with a somewhat ragged (especially in later years), all-black outfit that inspired Cash's nickname, the "Man in Black."

In 1976, the Outlaw Movement reached a new milestone with the release of Wanted! The Outlaws, a compilation album featuring songs sung by Waylon Jennings, Willie Nelson, Jessi Colter, and Tompall Glaser. Wanted! The Outlaws became the first country album to be platinum-certified, reaching sales of one million.[13]

The outlaw movement's heyday was in the mid to late 1970s; although the core artists of the movement continued to record for many years afterward (Nelson, in particular, was recording hits well into the following decade while Hank Williams, Jr. achieved his greatest success during the 1980s), by 1980 mainstream country music was practically dominated by country pop artists. Some of the outlaws would have a slight career renaissance in the mid-1980s with the neotraditional country revival, which revived the older styles of both mainstream and "outlaw" country music of years past. Newer artists, such as Robert Earl Keen Jr., Ryan Bingham, Jamey Johnson, Cory Morrow, Roger Creager, Kevin Fowler, Shooter Jennings, Wade Bowen, Jimmy Aldridge, Jesse Brand and groups such as Randy Rogers Band, Cross Canadian Ragweed, Jason Boland & the Stragglers, and Eli Young Band, who grew up during the original outlaw movement, have recently been re-energizing the Outlaw Movement and keeping with the "outlaw spirit". Also, older artists such as Ray Wylie Hubbard, Billy Joe Shaver, and David Allan Coe have also been contributing to the resurgence of the outlaw sound. Because many of these artists are native Texans or call Texas their home, it is often referred to as Texas Country. Robert Earl Keen, Pat Green, and Cory Morrow are most notably credited[by whom?] with bringing Texas Country out of the honky tonks and onto college campuses. Keen, a graduate of Texas A&M University, where he and fellow songwriter Lyle Lovett were roommates, has been performing on college campuses since the late 80s. Along with Green's shows in the late 90s, these artists began to increase with incredible popularity on college campuses in Texas and Oklahoma including Texas Tech, (Green's alma mater), Texas A&M, Oklahoma State University (home of the red dirt music scene) and the University of Texas. Their popularity gave more exposure to other Texas Country artists like Cory Morrow, Roger Creager, and Kevin Fowler and to groups like Cooder Graw.[]

Other Texas based artists, such as Eleven Hundred Springs, Wayne "The Train" Hancock, Dale Watson, Stoney LaRue, Hayes Carll, and Mike and the Moonpies[15] continue the tradition of their Outlaw Country forebears in Texas and have helped usher in the movement in honk tonks across the U.S. 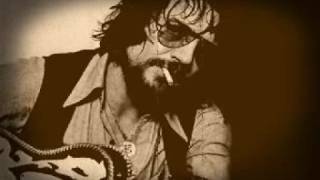 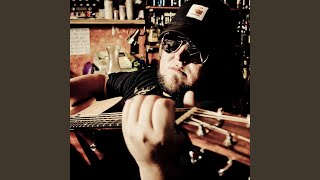 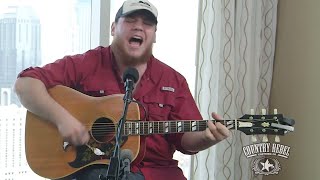 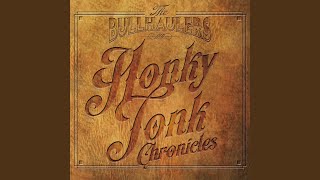 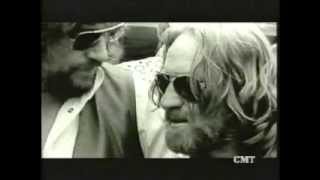