Oregon City is the county seat of Clackamas County, Oregon, United States, located on the Willamette River near the southern limits of the Portland metropolitan area. Established in 1829 by the Hudson's Bay Company, in 1844 it became the first U.S. city west of the Rocky Mountains to be incorporated. Known in recent decades as the site of several large paper mills on the Willamette River, the city played a significant role in the early history of the Oregon Country. It was established by Hudson's Bay Company's Dr. John McLoughlin in 1829 near the confluence of the Clackamas River with the Willamette to take advantage of the power of Willamette Falls to run a lumber mill. During the 1840s and 1850s it was the destination for those wanting to file land claims after traveling the Oregon Trail as the last stop on the trail.[5][6]

It was the capital of the Oregon Territory from its establishment in 1848 until 1851, and rivaled Portland for early supremacy in the area. In 1846, the city's newspaper, the Oregon Spectator, was the first American newspaper to be published west of the Rocky Mountains. Oregon City College was established in 1849 as a Baptist school, but was defunct by the 1870s.[7] Oregon City was the site of the Beaver Coins Mint, producing the short-lived independent Oregon Territory currency in 1849.[8]

The center of the city retains part of its historic character through the preservation of houses and other buildings from the era of the city's founding.

The town became the see city of the first Roman Catholic archdiocese in the western United States, when the diocese of Oregon City, established in 1846, was raised to metropolitan rank, with Archbishop François Norbert Blanchet as its ordinary. Its territory included all of the western United States. The population in the area of Oregon City declined due to the California Gold Rush. The population of nearby Portland grew, and the headquarters of the archdiocese was moved there in 1926. In 1928 the name Archdiocese of Portland in Oregon replaced the former name. No longer a residential bishopric, Oregon City is now a titular see.[9][10] The town is divided into upper and lower areas. The lower area is on a bench next to the Willamette River. The upper area is atop a bluff composed of Canemah basalt, which flowed about 2.5 million years ago from a vent 7.5 miles (12 km) to the southeast in the Boring Lava Field.[13] For many years, Indian trails connected the two levels, but stairs were built in the 19th century. In 1915 the town built the water-powered Oregon City Municipal Elevator to connect the two parts, which was converted to electricity in the 1920s. In 1952, a new electric elevator was constructed with the specification that it was to be "as plain as possible and without ornament."[14]

The Willamette Falls Locks in West Linn were the first multi-lift navigational locks in the United States and are now a National Historical Site, no longer in use. The first long-distance electrical service in the United States originated in Oregon City in 1889, transmitting electricity 14 miles (23 km) to Portland.[16] Willamette Falls and a paper mill at Oregon City Oregon, on the Willamette River

For much of its existence, Oregon City's economy has been dominated by the forestry industry, until the decline of the Pacific Northwest lumber industry started in the 1980s. At its height, several mills operated in the city and surrounding communities. The last paper mill in the immediate vicinity closed in 2017.[18]

Today, the city is home to some notable high technology and light manufacturing concerns. Notable companies based in Oregon City include Benchmade, a manufacturer of high-end cutlery. Chrome Systems Corporation (formerly Chrome Data) was founded there, but has since moved to nearby Portland. Medrisk, LLC is a major insurance brokerage which does business in the Northwest and is headquartered in Oregon City. In 2006 Anderson Vending Inc. chose Oregon City as its new headquarters.

With the growth of the Portland Metro region, Oregon City has become largely a suburb of Portland. Tourism is a growing sector with the emphasis on the city's history and the major renovation of the Willamette Falls into a public-access mixed-use space through theWillamette Falls Legacy Project.

Oregon City is governed by a Mayor and a City Commission composed of the Mayor and four Commissioners elected from the City at large for terms of four years each.[19]

Oregon City was the capital of the Oregon Territory until 1851; the following governors served during that time:

The city also is the home of Clackamas Community College, numerous private and parochial schools, and a public library that is part of the Library Information Network of Clackamas County. The Stevens-Crawford Heritage House Museum is a 1908 structure with 11 furnished rooms; exhibiting furniture from the collection of the Clackamas County Historical Society to replicate an Edwardian era home and Progressive Era narrative. Other historical buildings in Oregon City include the McLoughlin House, the Ermatinger House (oldest in Clackamas County), the Ainsworth House, the Harvey Cross House, and the First Congregational Church.

The Oregon City Bridge over the Willamette River, built in 1922, is listed on the National Register of Historic Places, as is the Oregon City Municipal Elevator.

Oregon City has over 22 city parks. One of the city's larger parks is Clackamette Park, at the confluence of the Clackamas and Willamette Rivers. The park's features include RV camping, a boat launch and dock, a skateboard park, and other recreational facilities. Several community festivals are held there throughout the year. Other major parks include Chapin, Hillendale, Rivercrest, and the new Wesley Lynn. The Union Pacific Railroad mainline passes through the city. The city also has an Amtrak station, which is served twice daily in each direction by Amtrak Cascades trains running between Portland and Eugene, Oregon. The Coast Starlight (Seattle-Los Angeles) passes through but does not stop.

The Willamette River in Oregon City is navigable to small craft, and Oregon City has a thriving fishing and recreational boating industry. The Willamette Falls Locks allow boats to navigate around the falls. The Clackamas River is not navigable, except for the lowermost portions.

As part of the greater Portland metropolitan area, Oregon City is served by TriMet, the regional transit authority, with several bus lines which converge at the Oregon City Transit Center. Until 1958, an interurban trolley line operated by the now-defunct Portland Traction Company connected Oregon City with Portland;[24] remnants of this line are still visible (such as an abandoned bridge across the Clackamas River, just east of the OR 99E bridge). In more recent years, the city operated a "historic trolley" service during the summer months, primarily to serve the needs of tourism, but the vehicles used were trolley-replica buses, rather than actual trolley cars, and in 2013 it was decided to discontinue that service and sell the vehicles.[25]

Dial-a-ride service is operated by TriMet, but CAT also operates within the Oregon City city limits for trips originating or terminating in the CAT service area. If transfers between TriMet and CAT are necessary, they are accomplished at the Oregon City Transit Center (OCTC) at 11th & Main, which is at the northeast end of the downtown area.

There were 11,973 households of which 36.5% had children under the age of 18 living with them, 50.7% were married couples living together, 12.4% had a female householder with no husband present, 5.4% had a male householder with no wife present, and 31.5% were non-families. 23.5% of all households were made up of individuals and 8.3% had someone living alone who was 65 years of age or older. The average household size was 2.61 and the average family size was 3.07.

There were 9,471 households out of which 36.6% had children under the age of 18 living with them, 53.0% were married couples living together, 12.3% had a female householder with no husband present, and 29.6% were non-families. 22.4% of all households were made up of individuals and 7.8% had someone living alone who was 65 years of age or older. The average household size was 2.62 and the average family size was 3.06.

In addition to John McLoughlin, the "Father of Oregon" and chief factor of the Hudson's Bay Company, and Vietnam-era Medal of Honor recipient Larry G. Dahl, Oregon City has been home to the following:

According to Sister Cities International, Oregon City has one sister city: 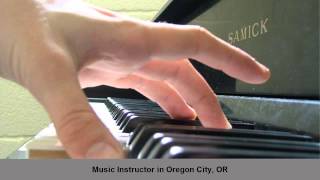 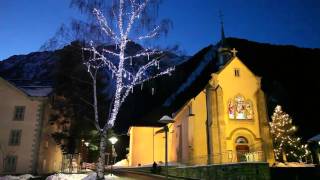 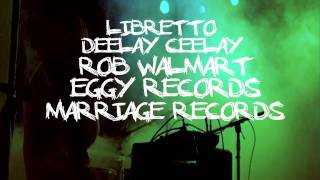 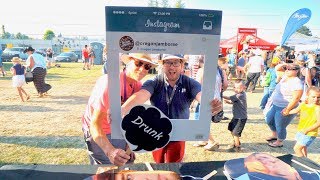 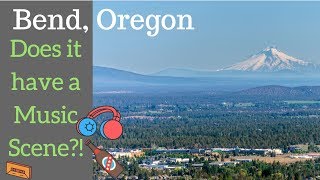 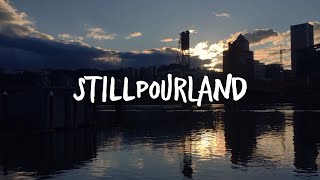 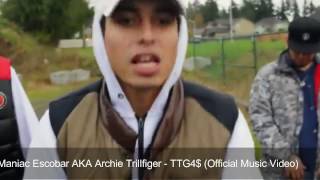 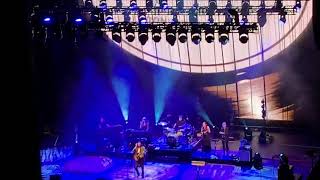 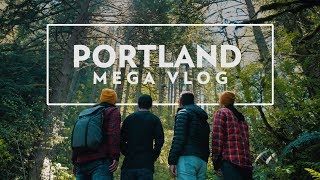 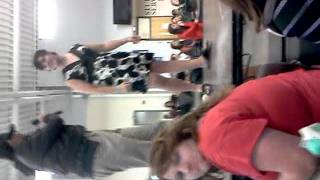 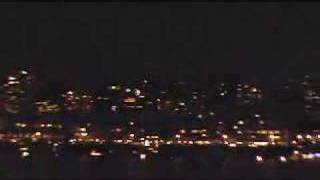 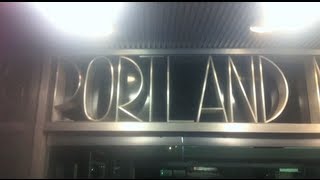 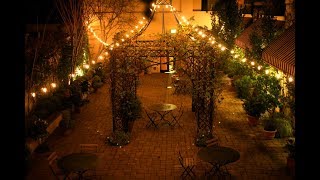 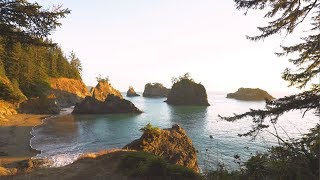 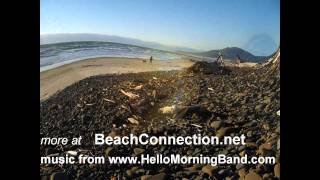 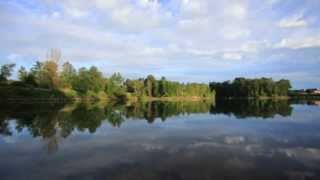