In 1989, Josey Aimes flees from her abusive husband back to her hometown in northern Minnesota with her children, Sammy and Karen, and moves in with her parents, Alice and Hank. Hank is ashamed of Josey, who had Sammy as a teenager by an unknown father, and believes Josey is promiscuous. While working a job washing hair, Josey reconnects with an old acquaintance, Glory Dodge, who works at the local iron mine and suggests Josey do the same, as a job there pays six times more than what Josey's making now. Josey's pursuit of the job further strains her relationship with Hank, who also works at the mine and believes women shouldn't be working there, so she and her children move in with Glory and her husband, Kyle.

Josey quickly befriends several other female workers at the mine and soon realizes the women are constant targets for sexual harassment and humiliation by most of their male co-workers, who, like Hank, believe the women are taking jobs more appropriate for men. Josey in particular is targeted by Bobby Sharp, her ex-boyfriend from high school. Josey tries to talk to her supervisor, Arlen Pavich, about the problem, but he refuses to take her concerns seriously. The women experience additional harassment and even abuse in retaliation, and Bobby spreads rumors that Josey attempted to seduce him, leading his wife to publicly berate and humiliate Josey at Sammy's hockey game. Sammy begins to resent the way the townspeople treat them and comes to believe the gossip about his mother's alleged promiscuity.

Josey takes her concerns to the mine's owner, Don Pearson, but despite his previous assurances that he is there to help, she arrives to find that he has invited Pavich to the meeting, along with several other executives and offers to accept her resignation immediately. She refuses, and after Pearson implies he believes the rumors about her promiscuity, leaves devastated. Later, after being sexually assaulted by Bobby at work, she quits and asks Bill White, a lawyer friend of Kyle and Glory, to help her file a lawsuit against the company. Bill advises her to recruit other women to form a class action lawsuit, which would be the first of its kind. The female miners, however, fear losing their jobs and facing additional harassment, so Josey attempts to go ahead with the case alone. She also discovers that Glory has Lou Gehrig's Disease, and her health is declining rapidly.

Alice and Hank argue over Josey's lawsuit, and when Hank still refuses to forgive his daughter, Alice leaves him. At a union meeting, Josey attempts to address the miners and explain her reasons for suing the mine, but they constantly interrupt and insult her, leading Hank to stand up for his daughter and reprimand his co-workers for their treatment of Josey and all the women at the mine. He and Alice then reconcile. In court, the mining company's attorney attempts to hold Josey's sexual history against her, based on Bobby's testimony that Sammy is the result of a consensual sexual relationship between Josey and her high school teacher, Paul Lattavansky. Josey then reveals that after school one day, where she and Bobby had been serving detention together after being caught kissing, she was raped by Lattavansky, which led to her becoming pregnant with Sammy. Hank attacks the teacher in question and Bill gets a recess after Josey storms out of the courtroom.

Sammy still refuses to believe his mother and runs away, until Kyle urges him to reconsider, and he and Josey embrace after having a talk.

Bill cross-examines Bobby and gets him to admit he witnessed Paul rape Josey, but was too scared to do anything about it. Glory, who has come to the court in her wheelchair and is unable to speak, has Kyle read a letter saying she stands with Josey, though still not enough to qualify for a class action suit. After a pause, many other women stand, followed by family members and even several male miners who didn't harass the female ones. The mining company is forced to pay the women for their suffering and establish a landmark sexual harassment policy at the workplace.

Lois Jenson, on whom the character of Josey is based, actually began working at the EVTAC (from "Eveleth Taconite") mine in Eveleth, Minnesota, in 1975 and initiated her lawsuit in 1984, four years before the year in which the film begins. Its timeline was condensed, but in reality it took fourteen years for the case to be settled. Jenson declined to sell the rights to her story or act as the film's consultant.[3]

The character Glory Dodge, played by Frances McDormand, was based on Pat Kosmach, one of the plaintiffs in the class action suit. Kosmach died partway through the case, on November 7, 1994. Eveleth Mines settled four years later, in December 1998, paying fifteen women a total of $3.5 million.

The film was shot in the northern Minnesota towns of Eveleth, Virginia, Chisholm, and Hibbing; Minneapolis; as well as Silver City and Santa Fe in New Mexico.

Songs in the film that weren't in the soundtrack release include "Wasn't That a Party" by The Irish Rovers, "Shake the House Down" by Molly Hatchet and karaoke versions of George Thorogood's "I Drink Alone" and Pat Benatar's "Hit Me with Your Best Shot." Charlize Theron on the cover of Ms. magazine upon the release of North Country

On the review aggregator Rotten Tomatoes, 69% of critics gave the film positive reviews, based on 162 reviews, with Theron and McDormand receiving critical acclaim for their performances. The site's consensus states: "Though sometimes melodramatic and formulaic, North Country is nonetheless a rousing, powerful story of courage and humanity."[5] On Metacritic, the film has an average score of 68 out of 100, based on 39 reviews.[6]

Manohla Dargis of the New York Times called it "a star vehicle with heart - an old-fashioned liberal weepie about truth and justice" and added, "[It] is one of those Hollywood entertainments that strive to tell a hard, bitter story with as much uplift as possible. That the film works as well as it does, delivering a tough first hour only to disintegrate like a wet newspaper, testifies to the skill of the filmmakers as well as to the constraints brought on them by an industry that insists on slapping a pretty bow on even the foulest truth."[7]

In his review in the Chicago Sun-Times, Roger Ebert observed, "North Country is one of those movies that stir you up and make you mad, because it dramatizes practices you've heard about but never really visualized. We remember that Frances McDormand played a woman police officer in this same area in Fargo, and we value that memory, because it provides a foundation for Josey Aimes. McDormand's role in this movie is different and much sadder, but brings the same pluck and common sense to the screen. Put these two women together (as actors and characters) and they can accomplish just about anything. Watching them do it is a great movie experience."[8]

Ruthe Stein of the San Francisco Chronicle called the film a "compelling if occasionally unnecessarily convoluted movie . . . The first 15 minutes or so are a mess . . . Fortunately, [it] calms down and becomes extremely engrossing, especially in the courtroom battles . . . it's all carefully calculated for dramatic effect and succeeds brilliantly in drawing you in and eliciting tears in the process . . . North Country would have benefited from crisper editing. It runs at least 15 minutes longer than necessary . . . For all its flaws, [it] delivers an emotional wallop and a couple of performances worthy of recognition come award time."[9]

In Rolling Stone, Peter Travers awarded the film two out of a possible four stars and commented, "Any similarities between Josey and Lois Jenson, the real woman who made Eveleth Mines pay for their sins in a landmark 1988 class-action suit, are purely coincidental. Instead, we get a TV-movie fantasy of female empowerment glazed with soap-opera theatrics. The actors, director Niki Caro (Whale Rider) and the great cinematographer Chris Menges all labor to make things look authentic. But a crock is a crock, despite the ferocity and feeling Theron brings to the role . . . Though the dirt and grime in North Country are artfully applied, it's purely cosmetic and skin-deep."[10]

In "Stories from North Country," a documentary accompanying the film on the DVD, Lois Jenson, on whom the story is based, said, "I think it's important for people to see this." Regarding Charlize Theron, Jenson said, "She has the character. [...] She knew the part. She knew what it needed - the depth she needed to go to. She's done a great job with it."

David Rooney of Variety said, "[It] indulges in movie-ish manipulation in its climactic courtroom scenes. But it remains an emotionally potent story told with great dignity, to which women especially will respond . . . The film represents a confident next step for lead Charlize Theron. Though the challenges of following a career-redefining Oscar role have stymied actresses, Theron segues from Monster to a performance in many ways more accomplished . . . The strength of both the performance and character anchor the film firmly in the tradition of other dramas about working-class women leading the fight over industrial workplace issues, such as Norma Rae or Silkwood."[11]

In the St. Petersburg Times, Steve Persall graded the film A and called it "deeply, undeniably moving . . . crusader cinema at its finest."[12] 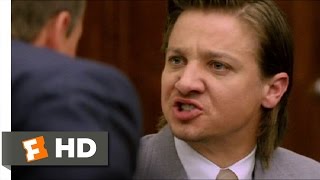 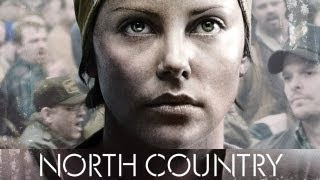 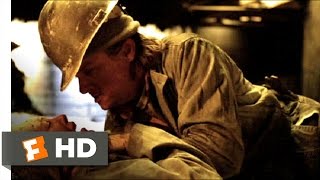 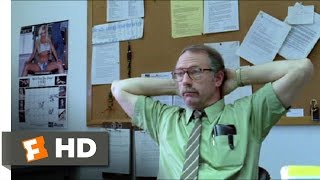 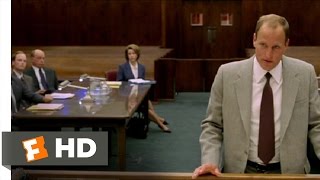 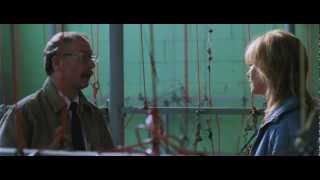 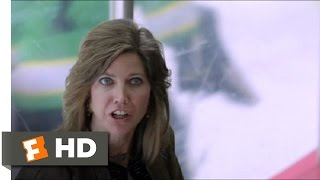 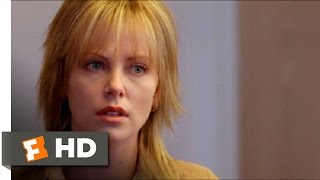 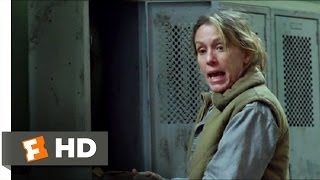 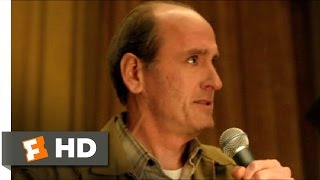 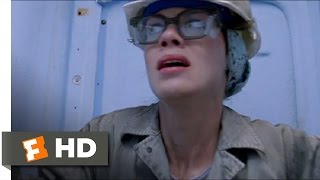 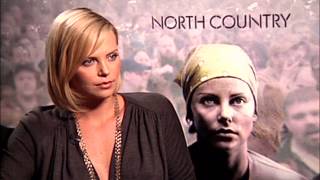 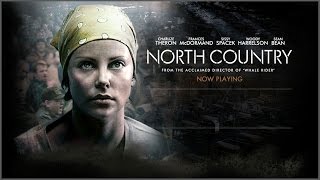