North Andover is a town in Essex County, Massachusetts, United States. At the 2010 census the population was 28,352.[4]

North Andover is a town in Essex County, Massachusetts. The lands south of the Merrimack River around Lake Cochichewick and the Shawsheen River were set aside by the Massachusetts General Court in 1634 for the purpose of creating an inland plantation. The Cochichewick Plantation, as it was called, was purchased on May 6, 1646 when Reverend John Woodbridge, who had settled the land for the English, paid Pennacook chief Cutshmache six pounds and a coat for the lands.[5] The plantation was then incorporated as Andover, most likely in honor of the hometown of many early residents, Andover, Hampshire, England. The town was centered in what is now North Andover, but the spread of settlement south and west of the old town center created much conflict in the early years about the location of the parish church. In 1709, the matter was brought to the General Court, which set aside two parish churches, north and south.[6] The parishes grew apart as the years went on and on April 7, 1855, the North parish separated from the south and was incorporated as North Andover.

There are several first period (pre-1720) houses still standing in town. The oldest house is probably the Bridges House, relocated from Marbleridge Road to Court Street in 2001; the original portion of this house probably dates to about 1690. Other first period houses include the Stevens House on Great Pond Road; the Faulkner House on Appleton Street; the Abiel Stevens House on Salem Street; the Parson Barnard House, which is a museum; a house on Andover Street near the intersection with Chickering Road; and the Carlton-Frie-Tucker House[7] at 140 Mill Road. No house in North Andover has been scientifically dated by dendrochronology, so dates are based solely on stylistic elements, original deeds, and tradition.

The North Parish Church on the North Andover Green is a historic church building built in 1836.[8] It was the 5th meetinghouse of the Puritan church congregation founded in 1645 in North Andover. In about 1836 the congregation chose to become a Unitarian church and commissioned this Gothic building.

North Andover's development was varied, with much of the land along the Shawsheen and Merrimack being concerned with industry, and the lands southwest being more agricultural. Several mills were located in the town, as well as the Western Electric Company, AT&T's manufacturing division, which supplied telephone machinery for many years before it was split up by AT&T into the new company, Lucent Technologies. Today, North Andover is considered a bedroom community of the Greater Boston area.

In January 2018, voters turned down a proposal for a cannabis-growing and research facility in the former Lucent Technologies building, along the Merrimack River. The town meeting vote was 1,430 against having recreational marijuana facilities and 1,155 voted in favor. The growing and research facility would have brought the town $100 million over a 20-year period.[9]

According to the United States Census Bureau, the town has a total area of 27.8 square miles (71.9 km2), of which 26.3 square miles (68.1 km2) is land and 1.4 square miles (3.7 km2), or 5.18%, is water.[10] The town lies to the south of the Merrimack River, which makes up part of its northwest boundary, along with the Shawsheen River. The northeast quadrant of town is dominated by Lake Cochichewick, which is also bordered by the Osgood Hill Reservation, Weir Hill Reservation and the Reas Pond Conservation Area. The town also is home to portions of Harold Parker State Forest, Boxford State Forest and the Charles W. Ward Reservation. There are many brooks, streams and ponds dotting the town.

North Andover lies in the northwestern portion of Essex County, with a small corner of the town bordering Middlesex County. It is bordered by Andover to the west, Lawrence to the north, Haverhill to the northeast, Boxford to the east, Middleton to the southeast, and North Reading to the southwest. North Andover's Old Center, which is closer to the geographic center of town than its newer town center, is located 3.5 miles (5.6 km) southeast of Lawrence's city center, and is 25 miles (40 km) north of Boston and 30 miles (48 km) southeast of Manchester, New Hampshire.

A small portion of Interstate 495 crosses through town along the Lawrence border, with one exit within town and two more providing access to the highway. The town lies along Massachusetts Route 114, known as the "Salem Turnpike," and is also served by Route 125 and Route 133, which are concurrent for much of their routes within town. The town is partially served by the Merrimack Valley Regional Transit Authority bus line. The nearest train station is located in Lawrence, where the Lawrence stop along the Haverhill/Reading Line of the MBTA Commuter Rail lies (the line actually passes through the town along the Merrimack, but there is no stop). North Andover is also home to the Lawrence Municipal Airport, providing small aircraft service to the region. The nearest national service, at Logan International Airport and Manchester-Boston Regional Airport, is within a thirty-mile ride of the town.

North Andover employs the open town meeting form of government, and is led by a five-member Select Board and a town manager, Melissa Rogrigues.[21] The town has its own police and fire departments, EMS, public works, and a senior center. North Andover has no hospital, the nearest being Lawrence General Hospital. North Andover is located within the Boston media market, and is served by the Eagle-Tribune newspaper.

In 2004, a brand new high school and complete sporting complex including a football field, a soccer field, field hockey greens, and a lacrosse field was added. There is a complete track and field area and numerous tennis courts. North Andover's mascot is the Scarlet Knight, its colors are scarlet and black and it competes in the Merrimack Valley Conference and Division II of the MIAA.[24] Its main rival is Masconomet Regional High School, although it plays Andover High School in the annual Thanksgiving Day football game. High school students from North Andover are also allowed to attend Greater Lawrence Technical School in Andover. There are several private schools in North Andover, including the Brooks School, Meritor Academy (an early learning school) and Saint Michael's Elementary School. The nearest Catholic high schools, Austin Preparatory School (6-12), Central Catholic High School (9-12), and Presentation of Mary Academy (9-12), are located in the nearby towns of Reading, Lawrence and Methuen, respectively. North Andover is also home to Merrimack College, a Catholic Augustinian four-year college. The nearest public community college, based in Haverhill, is Northern Essex Community College, which also has a campus in Lawrence and a Corporate & Community Education Center in North Andover. The nearest public university is University of Massachusetts Lowell (UMass Lowell).

Barker's Farm, which started in 1643 is the oldest continually operated business in Massachusetts and among the oldest in the United States.[25]

Residents of North Andover can purchase a discounted summer pass to Steven's Pond where they can go swimming for the day. Nearby Weir Hill offers trails for hiking, walking, biking, and views of the surrounding area and beyond.

Many events are held at the old town center, including the sheep shearing festival in late spring and various summer activities for children and adults. The North Andover Youth Center is also located in the old town center and offers a variety of activity's to the town's youth. These services are offered to kids in grades 6 through 12 and yearly passes can be purchased to have full access to their facilities.

Boxford State Forest is also located in town, and is home to the Sharpner's Pond Anti-Ballistic Missile Site.

The Col. John Osgood House, a historic house, is also in North Andover.

On September 13, 2018, several gas lines suffered leakage due to high pressure in the tubes of Columbia Gas of Massachusetts, a subsidiary of NiSource. As a result, several fires and explosions occurred, homes were evacuated.[26] 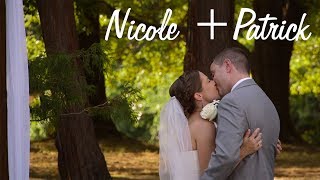 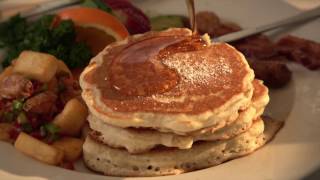 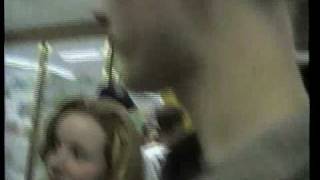 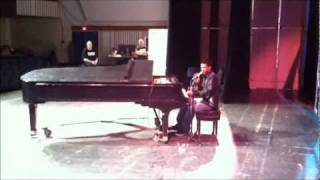 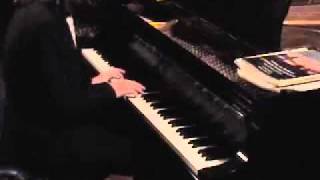 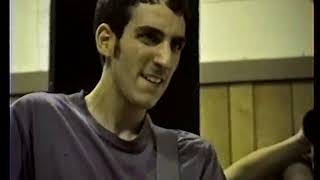 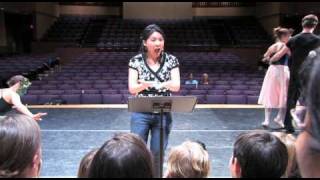 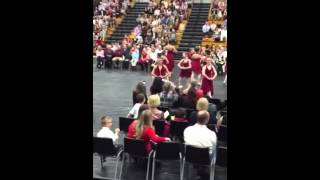 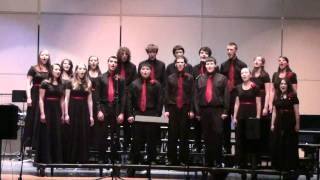 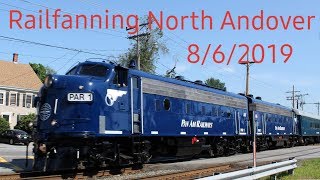 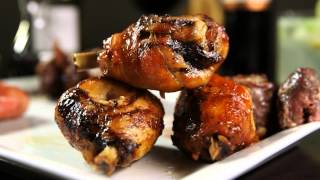 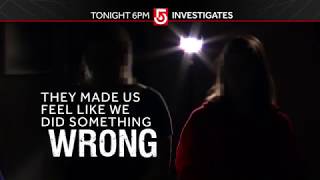 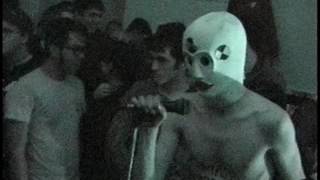 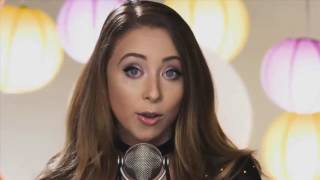 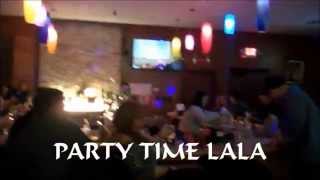 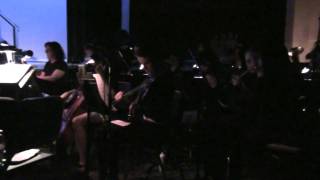 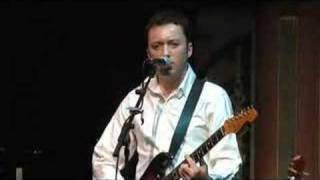