North Adams was first settled in 1745 during King George's War.[3] During the war, Canadian and Native American forces laid siege to Fort Massachusetts (The Chimney made of stone remains located at the rear of the former Price Chopper Supermarket, which is behind the former Friendly's Restaurant). 30 prisoners were taken to Quebec; half died in captivity.

The town was incorporated separately from Adams in 1878, and reincorporated as a city in 1895. The city is named in honor of Samuel Adams, a leader in the American Revolution, signer of the Declaration of Independence, and governor of Massachusetts.[3]

For much of its history, North Adams was a mill town. Manufacturing began in the city before the Revolutionary War, largely because the confluence of the Hoosic River's two branches provided water power for small-scale industry. By the late 1700s and early 1800s, businesses included wholesale shoe manufacturers; a brick yard; a saw mill; cabinet-makers; hat manufacturers; machine shops for the construction of mill machines; marble works; wagon and sleigh-makers; and an ironworks, which provided the pig iron for armor plates on the Civil War ship, the Monitor.[4]

Expansion westwards started with the creation of three mill Villages, Blackinton in 1821, Greylock in 1846[5] and Braytonville in 1832, located to take advantage of the Hoosac River's water power. The 1850 census marked the official shift of the town from agriculture to industry, since more factory workers than farmers now resided in the town.[6] The use of Chinese strikebreakers in 1870, from California to break the North Adams strike of shoe workers was a step in the movement of Chinese from the West coast to the East coast, resulting in East coast Chinatowns in the United States. North Adams was also the headquarters for building the Hoosac Tunnel starting in 1851 and completed in 1874, adding an east-west connection to Boston and Albany to the existing 1842 rail connection to New York. Prior to that time, inter-regional travel was limited to weekly stagecoaches from Albany and Greenfield.[6]

Downtown in 1860, Oliver Arnold and Company was established with the latest equipment for printing cloth. Large government contracts to supply fabric for the Union Army helped the business prosper. During the next four decades, Arnold Print Works became one of the world's leading manufacturers of printed textiles. It also became the largest employer in North Adams, with some 3,200 workers by 1905. Despite decades of success, falling cloth prices and the lingering effects of the Great Depression forced the company to close its Marshall Street operation in 1942 and consolidated at smaller facilities in Adams.

Later that year, the Sprague Electric Company bought the former print works site. Sprague physicists, chemists, electrical engineers, and skilled technicians were called upon by the U.S. government during World War II to design and manufacture crucial components of advanced weapons systems, including the atomic bomb.

With state-of-the-art equipment, Sprague was a major research and development center, conducting studies on electricity and semi-conducting materials. After the war, its products were used in the launch systems for Gemini moon missions, and by 1966 Sprague employed 4,137 workers in a community of 18,000. From the post-war years to the mid-1980s, Sprague produced electrical components for the booming consumer electronics market, but competition from abroad led to declining sales and, in 1985, the company closed operations on Marshall Street. Its closure devastated the local economy. Unemployment rates rose and population declined.[7]

The Massachusetts Museum of Contemporary Art (MASS MoCA), formerly the Arnold Print Works and a facility of Sprague Electronics

After Sprague closed, business and political leaders in North Adams sought ways to re-use the vast complex. Williams College Museum of Art director Thomas Krens, who would later become Director of the Guggenheim, was looking for space to exhibit large works of contemporary art that would not fit in conventional museum galleries. When mayor John Barrett III (serving 1984-2009) suggested the vast Marshall Street complex as a possible exhibition site, the idea of creating a contemporary arts center in North Adams began to take shape.

The campaign to build support for the proposed institution, which would serve as a platform for presenting contemporary art and developing links to the region's other cultural institutions, began in earnest. The Massachusetts legislature announced its support for the project in 1988. Subsequent economic upheaval threatened the project, but broad-based support from the community and the private sector, which pledged more than $8 million, ensured that it moved forward. The eventual proposal used the scale and versatility of the industrial spaces to link the facility's past and its new life as the country's largest center for contemporary visual and performing arts.

Since it opened, the Massachusetts Museum of Contemporary Art (MASS MoCA) has been part of a larger economic transformation in the region based on cultural, recreational, and educational offerings. North Adams has become home for several new restaurants, contemporary art galleries, and cultural organizations. In addition, once-shuttered area factories and mills have been rehabilitated as lofts for artists to live and work in.

The Hoosic River runs through the city and was essential to its growth, providing power for the mills that were built along its banks as well as those of its branches.

North Adams is located in the valley created by the Hoosic River, which has been walled and floored with concrete in portions to prevent floods. The city's Natural Bridge State Park contains the only natural white marble bridge in North America. Formed by glacial melt by 11,000 BC, the arch and abandoned quarry have long attracted attention from hikers, including Nathaniel Hawthorne in 1838, who wrote of it (among other local features) in his An American Notebook. To the east, the city is bordered by the western face of the Hoosac Range, with visibility on its West Summit extending throughout the tri-state area. To the southwest, the city has the northern end of Mount Greylock State Reservation, ending at Mount Williams, which at 2,951 feet (899 m) above sea level is the highest point in the city. The Appalachian Trail passes through the western part of the city, crossing the summit of Mount Williams and briefly passing through Williamstown before heading north towards Vermont.

North Adams is the western terminus of the Mohawk Trail, which ascends to the West Summit along a steep, curving road. While the trail ends here, Massachusetts Route 2, which the trail is coextensive with, continues westward into Williamstown and towards New York. Route 8 also passes through the city, passing from Adams through the city and northward into Clarksburg. Route 8A, also known as 8A-U (for "upper"), runs parallel to Route 8 east of the main route, and is located entirely within city limits.

The nearest interstate highway is Interstate 91 to the east, almost an hour away. North Adams appears on that highway's signs at Exit 26, located in Greenfield.

The city is the northern terminus of several lines of the Berkshire Regional Transit Authority (BRTA) and also has regional service. Intercity bus service is provided in nearby Williamstown by Peter Pan Lines with connections to New York City, as well as towns and cities between. The freight rail line which passes through the city extends through the Hoosac Tunnel towards the east. The nearest passenger rail service to North Adams is the recently re-routed Amtrak Vermonter in Greenfield, Massachusetts, an hour to the east. Pittsfield, to the south, also has once-daily Amtrak service, the Lake Shore Limited, at its station. North Adams is home to Harriman-and-West Airport, a small regional airport. The nearest airport with national service is Albany International Airport.

A house on East Main Street

There were 5,652 households out of which 23.6% had children under the age of 18 living with them, 38.4% were married couples living together, 12.5% had a female householder with no husband present, and 44.2% were non-families. 39.7% of all households were made up of individuals and 15.0% had someone living alone who was 65 years of age or older. The average household size was 2.21 and the average family size was 2.98.

North Adams is governed by the mayor-council form of government (List of mayors of North Adams, Massachusetts). The city has its own services, including police, fire and public works. The city's public library is the largest in northern Berkshire County, and has access to the regional library networks.

Massachusetts College of Liberal Arts (MCLA) enrolls about 1,980 students. The most popular programs are English/Communications, Business, Education, History, Fine & Performing Arts, Psychology, and Sociology. Founded in 1894 as North Adams Normal School, in 1932 the Normal School became the State Teachers College of North Adams. In 1960, the college changed its name to North Adams State College and added professional degrees in Business Administration and Education. In 1997, the name changed to Massachusetts College of Liberal Arts, reflective of specialty school status within the Massachusetts State College system. In recent years, MCLA has begun to develop more academic programming in the fields of fine arts and arts management, reflecting the region's growth as a center of arts and cultural affairs.

Beyond MCLA, the nearest state university is the University of Massachusetts Amherst. The nearest private college is Williams College, in neighboring Williamstown.

Some of the windows of the Greylock (Cariddi) Mill are being used as an art gallery.

The Boardman apartment buildings were built in 1899 in the Colonial Revival style.

The Hathaway Tenement was built in 1850.

The Eclipse Mill was converted into lofts for artists to live and work in.

Due to North Adams being the location of MASS MoCA, there are numerous art galleries spread throughout the city, and a few of the old mills have been converted to lofts for artists to live and work in. A new, Frank Gehry-designed Extreme Model Railroad and Contemporary Architecture Museum is proposed to be built in North Adams.[19][20]

Several books have been written about the City of North Adams, including "Steeples : Sketches of North Adams" by author Joe Manning ISBN 978-0965868488 STEEPLES is a blend of poetry, oral histories, and photographs, of North Adams. Steeples details how the face of America has been changed by the urban renewal projects of the 1960's and 1970's, the decline of the industrial revolution, and the flight to the suburbs and the shopping malls. It also details the struggles toward economic and cultural recovery.The story of the city and its immigrant people is a valuable cultural document of life over the present and past century 1900's. The photographs show the city in the early 1900's through the 1990's. This book is a archive oflife in Berkshire Mountain town. As of 2019 it had been published in a second printing. It has become required reading for several courses at the Massachusetts College of Liberal Arts

The city is home to the North Adams SteepleCats of the New England Collegiate Baseball League (NECBL). The SteepleCats play at Joe Wolfe Field in North Adams. The SteepleCats hold the NECBL record for highest single-game attendance. The record was made on July 4, 2006, in a game against the Holyoke Giants in front of 6,714 fans.[21] Holyoke won the game 3-2.[22]

North Adams' first professional sports franchise was the Berkshire Battalion, an expansion team of the Federal Hockey League, which played a single season in 2014-15. Troubled by an embezzlement charge against its coach and general manager, who had also been manager of the municipal skating ring, and fractious lease negotiations with the city, the team relocated after its single season to Dayton, Ohio.

There are many athletic complexes and recreational fields throughout the city, including the Noel Field Athletic Complex, just south of the downtown, and the recently constructed Alcombright Athletic Complex, in the city's west end.

Sites and events of interest

Lithograph of Blackinton from 1889 by L.R. Burleigh with list of landmarks 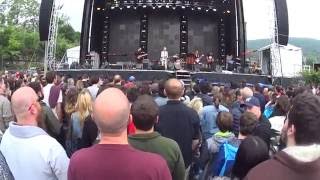 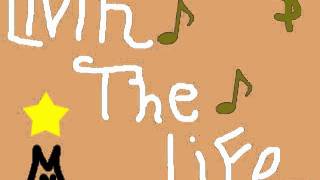 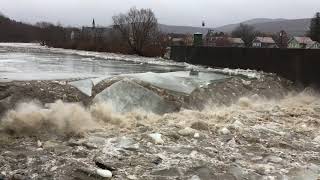 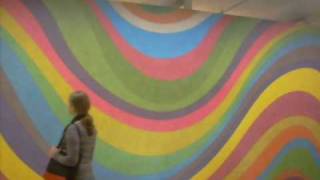 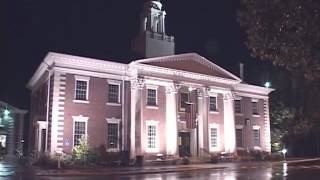 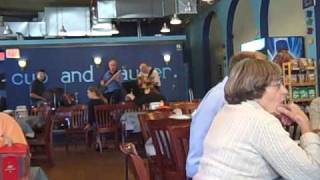 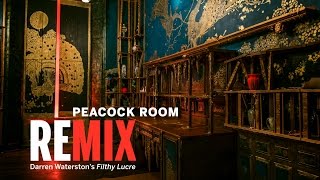 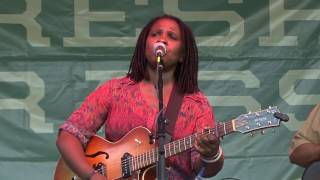 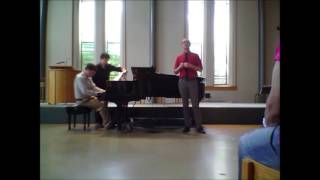 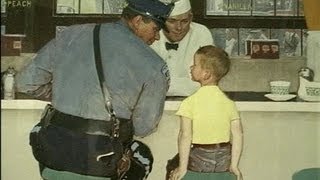 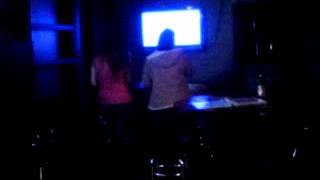 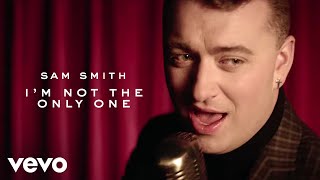 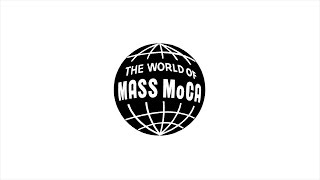 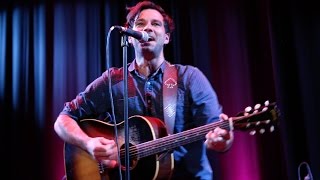 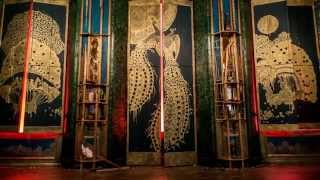 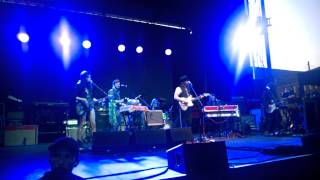 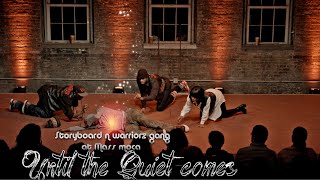 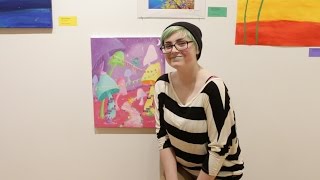