New Years Day is an American rock band formed in Anaheim, California in 2005. After building a reputation strictly through promotion on the social networking website MySpace, the band released its debut self-titled EP in 2006 and their first full-length album My Dear in 2007. Six years after their initial debut, Victim to Villain was finally released, shortly followed by Malevolence in 2015. Malevolence peaked at No. 45 on the Billboard 200, the band's highest charting thus far.

New Years Day formed in late 2005, after bassist Adam Lohrbach left the band Home Grown. Lohrbach carried over the many emotional elements present in Home Grown's final 2004 EP When it All Comes Down and cultivated it into new material for New Years Day. Meeting with lead vocalist Ashley "Ash" Costello and guitarist/keyboardist Keith Drover, the three friends wrote and rehearsed songs about their difficult and emotional relationship break-ups.[1] Soon after, the group produced a two-song demo and invited a mutual friend of the group, Eric Seilo, to play bass during their 2005 tours. Ultimately, Seilo left New Years Day at the end of 2005 to pursue higher education.[2] After acquiring former Wakefield guitarist Mike Schoolden and drummer Russell Dixon, the group decided to call themselves New Years Day. The name was chosen in 2005 as a symbol of the fresh start they all hoped and desired for as a band.

They have said they are influenced by artists such as Linkin Park, Depeche Mode, Sisters of Mercy, Joy Division, Kiss, The Misfits, Marilyn Manson, Rob Zombie, Sepultura, The Used, Blink-182, Aiden, and My Chemical Romance.

The band built a surprisingly strong online presence through showcasing, promotion and posting songs on MySpace. New Years Day was featured on the MySpace Records, Volume 1 compilation CD and on the video game soundtrack for Saints Row. After considering an offer from Pete Wentz's Decaydance Records label, the band decided to sign with TVT Records instead and released their first self-titled EP in 2006. Originally referred to as Razor, the EP was primarily marketed as a digital release accessible through downloading services, although CD hard copies were also sold to fans at live shows. New Years Day performed at the South by Southwest music festival the following year.[3]

By May 8, 2007, New Years Day released its debut album My Dear, which was self-financed, self-produced and recorded over an eight-month period by friend and producer Eugene Perreras.[1] The album included collaborations with members of Reel Big Fish and Motion City Soundtrack. During this period of time, the band toured with fellow artists, The Fall of Troy, The Red Jumpsuit Apparatus, Ozma and Hawthorne Heights. Guitarist Keith Drover left the band shortly after touring to move to Sweden. The band debuted the music video for the lead single "I Was Right", directed by Shane Drake. Notably, the video won the MTVU "Freshman Face" poll and was added to the channel's ongoing playlist.[4]

In 2008, TVT went bankrupt and was forced to sell its recording assets to The Orchard.[5] Consequently, My Dear lacked the proper promotion required to succeed and Schoolden and Lohrbach both left the band shortly thereafter.[6] Despite the small setbacks, the remaining members continued writing new material. Around September 2009, New Years Day posted two brand new songs on MySpace.[7] When asked about the upcoming EP, Costello remarked, "The EP is in its demo phase right now and we are still writing for it and recording it at the same time. The EP should be out in the spring of 2010."[6]

New Years Day welcomed Matthew Lindblad as its newest member on January 31, 2011. He replaced former guitarist Dan Arnold, although Arnold's departure was never publicly announced. Soon after Lindblad joined, the band also brought in Jake Jones as an additional guitarist. On May 15, 2011, Hollywood Waste announced New Years Day as its newest addition to label.[9] The band's new EP, entitled "The Mechanical Heart," was released on June 21, 2011 and received a majority of positive reviews from fans and fellow musicians alike.[10]

From October to December, the band toured in support of Blood on the Dance Floor on the "All the Rage Tour".[11] Nikki Misery officially joined the band on this tour as its lead guitarist, replacing Matthew Lindblad who was more interested in pursuing a solo career. Nikki Misery was a recent graduate of Musicians Institute, hailing from Santa Ana with roots in New Orleans. His imposing looks, fierce chops and dramatic stage presence made him an immediate fan favorite.[12]

After some anticipation, New Years Day released its second album Victim to Villain in June 2013 through Century Media Records.[13] The band joined the 2013 Vans Warped Tour and successfully performed all 40 shows, "the longest-running touring music festival in North America" to this day.[14] The band jumped on back-to-back tours with Otep and Stolen Babies in Fall 2013 and William Control and Combichrist in Spring 2014.[15][16]

In early 2014, Nick Turner and Jake Jones left the band and were replaced by Nick Rossi and Tyler Burgess, respectively. New Years Day embarked on a European tour with Escape the Fate and Glamour of the Kill in the following months. The band graciously parted ways with their previous label, Century Media Records and released of the first single off their upcoming Epidemic EP titled "Other Side" through Grey Area Records on November 18, 2014.[17][18] When asked about the new EP, Costello commented in an Alternative Press interview, "We've taken what we have experienced in the past year and a half and poured it all into these new songs... It's something we know everyone can relate to on their own level. The world can infect us with its negativity, and it's okay to struggle with it. That's truly what Epidemic is about. Owning the diseased parts of us and turning it into a strength."[19]

The band followed up the release of Epidemic on "The Superstition Tour" with The Red Paintings.[20] On December 22, 2014, the band made a special appearance on the "Beyond the Barricade Tour" with Motionless in White, For Today and Ice Nine Kills in Spring 2015. Just before the tour, Anthony Barro left the band to pursue a career in sound engineering and in turn, Burgess moved from guitar to fill the bass position. This transition opened the door for California native and metal songwriter Jeremy Valentyne to join the band on rhythm guitar.

In February 2015, New Years Day announced that it would once again play the Vans Warped Tour on the Journey's Left Foot Stage. The band performed at the tour's kickoff party in Los Angeles in April alongside Metro Station, Crossfaith and As It Is. Burgess left the band soon after the kickoff party, and Chris Khaos filled in for bass as a tour member.

In Fall of 2015, the band announced the anticipated release of their third album, Malevolence and debuted the song "Kill or Be Killed" while on tour.[21] The single was released on June 26, 2015.[22] The day the single was released, New Years Day also announced that pre-orders for their album, Malevolence, would be available at the band's merchandise tent all throughout tour.[23]

On August 12, 2015, the band announced its first headlining tour, named the "Other Side Tour". Supporting bands on the tour included Get Scared, Eyes Set to Kill, The Relapse Symphony, and Darksiderz. On the eve of the album's release, New Years Day held a YouNow streaming chat with fans to celebrate the completion of Malevolence. During this chat, the band introduced Brandon Wolfe on bass and Daniel Trixx on drums.

In 2016, New Years Day covered the My Chemical Romance song "Sleep" for a Rock Sound tribute CD.[24] After Wolfe's departure, Former Static-X member Frankie Sil was welcomed to the group as its new bassist. Trixx also left the band that same year and was replaced by Canadian rock drummer Joshua Ingram. In November 2016, the band embarked on "The Retrograde Tour" in support of Crown the Empire and Blessthefall.[25][26]

The following year, New Years Day hit a career milestone and performed at the 2017 Alternative Press Music Awards (APMAs) with legendary guest rock vocalist Lzzy Hale.[27] The band also headlined the 2017 Vans Warped Tour alongside other main stage acts like Bowling for Soup, Falling in Reverse and CKY.[28] On June 1, 2017 it was announced they would be included in the seventh installment of the Fearless Records compilation Punk Goes Pop, covering Kehlani's "Gangsta" from the movie Suicide Squad. The album was released on July 14, 2017. After completing a month-long festival run with Halestorm on the 2017 "Halloween Scream Tour", both Valentyne and Ingram quietly parted ways with the band.[29] On January 26, 2018, the band released their latest EP 'Diary of a Creep', consisting of their own song 'Disgust Me', a cover of New Order's 'Bizarre Love Triangle', a cover of Pantera's 'Fucking Hostile', a cover of Linkin Park's 'Crawling', a cover of Garbage's 'Only Happy When It Rains' (featuring fellow rock singer Lzzy Hale) and a cover of No Doubt's 'Don't Speak'

New Years Day embarked on the 2018 "Witching Hour Tour" in support of In This Moment alongside special guest, P.O.D..[30]

On November 09, 2018, the band released a new single "Skeletons" from their upcoming album Unbreakable, set to be released in early 2019. In early February 2019, Costello states that 'Unbreakable's sound will be significantly heavier than Malevolence, and thematically, will focus more on empowerment, and less on negativity and self-pity of past albums.[31] On March 1, 2019, the band released the second single from the album, "Shut Up".[32] The song peaked at number 17 on the Mainstream Rock Charts in May 2019.[33] A third single, "Come For Me", was released on April 5, 2019. Unbreakable officially debuted April 26, 2019. 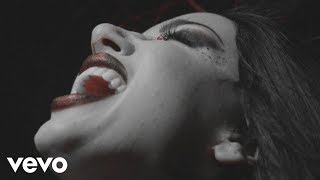 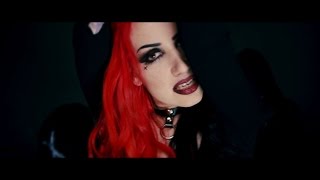 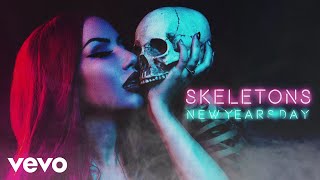 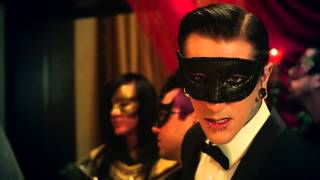 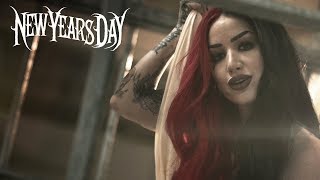 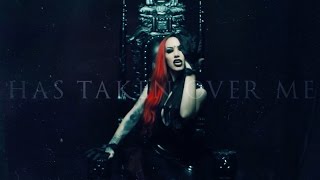 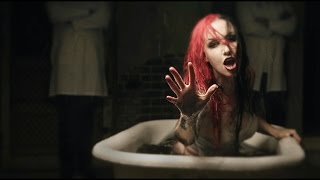 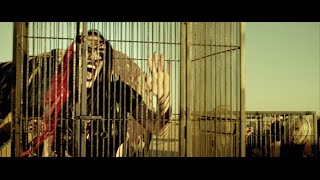 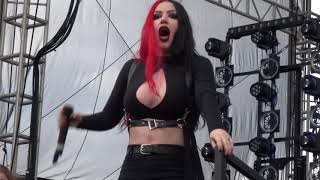 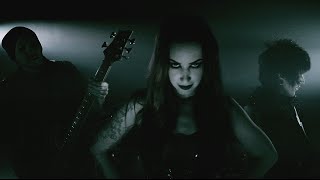 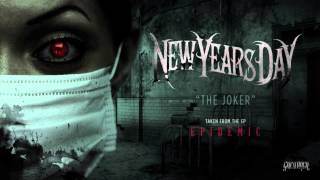 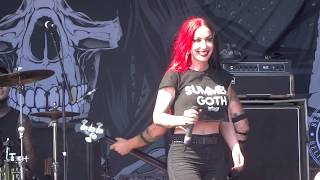 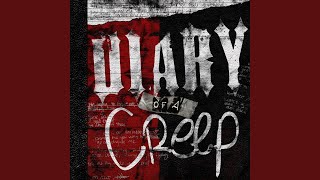 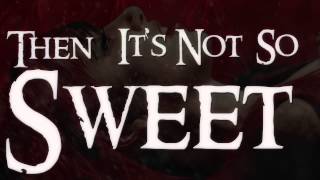 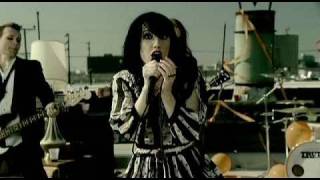 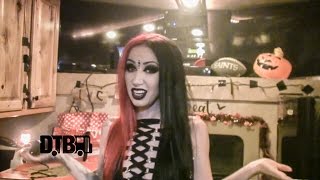 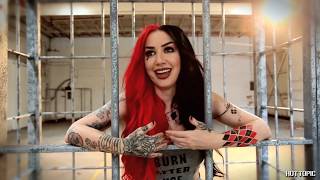 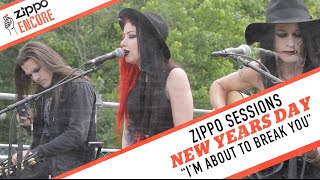