The New England Conservatory of Music (NEC) is a private music school in Boston, Massachusetts. It is the oldest independent music conservatory in the United States and among the most prestigious in the world.[3] The conservatory is located on Huntington Avenue of the Arts near Boston Symphony Hall and is home to 750 students pursuing undergraduate and graduate studies, along with 1400 more in its Preparatory School as well as the School of Continuing Education. NEC offers bachelor's degrees with majors in classical performance, contemporary improvisation, composition, jazz, musicology, and music theory. The conservatory offers additional graduate degrees in accompaniment, conducting, and vocal pedagogy.[4] Also offered are five-year joint double-degree programs with Harvard University and Tufts University.[5] The New England Conservatory's faculty and alumni, which comprise nearly fifty percent of the Boston Symphony Orchestra, include 6 members of l'Order des Arts et des Lettres, 14 Rome Prize recipients, 51 Guggenheim Fellows, and prizewinners at nearly every major respected music forum in the world. As of January 2020, 11 MacArthur Fellows have been affiliated as faculty or alumni.[6]

NEC is the only music school in the United States designated as a National Historic Landmark, and it is a pending Boston Landmark. Its primary concert hall, Jordan Hall, designed by Edmund M. Wheelright, has long been regarded as one of the world's top concert halls for its superb acoustical qualities.[7] At the center of Boston's rich cultural history and musical life, NEC hosts approximately 1,000 concerts each year.[8]

In June 1853, Eben Tourjée, at the time a nineteen-year-old music teacher from Providence, Rhode Island, made his first attempt to found a music conservatory in Boston, Massachusetts. He met with a group of Boston's most influential musical leaders to discuss a school based on the conservatories of Europe. The group included John Sullivan Dwight, an influential music critic, Dr. J. Baxter Upham, president of the Harvard Musical Association, and Oliver Ditson, a prominent music publisher. The group ultimately rejected Tourjée's plans, arguing that it was a poor idea to open a conservatory amidst the nation's political and economic uncertainty that would lead up to the American Civil War.

Tourjée made his next attempt in December 1866, when he again met with a group of Boston's top musicians and music patrons. Among Upham, Ditson, and Dwight at this meeting were Carl Zerrahn, a popular Boston conductor, and Charles Perkins, a prominent arts patron. In the thirteen-year interim, Tourjée had founded three music schools in Rhode Island, and this time was able to win over his audience. The men agreed to help Tourjée, and The New England Conservatory officially opened on February 18, 1867. It consisted of seven rooms rented above Music Hall off Tremont Street in downtown Boston. In 1870 it moved to the former St. James Hotel in Franklin Square in the South End. 290-94 Huntington Avenue, NEC's main building, was built in 1901 and designed by Wheelwright and Haven. It is the location of Jordan Hall.[9]

The NEC campus consists of three buildings on both sides of Gainsborough Street, between St. Botolph Street and Huntington Avenue, one block from Symphony Hall. The Jordan Hall Building, whose main entrance is at 30 Gainsborough Street, is NEC's main building, home to Jordan Hall, Williams Hall, Brown Hall, the Keller Room, the Isabelle Firestone Audio Library, the Performance Library, professor studios/offices, and practice rooms. The second building, at 33 Gainsborough, is the Residence Hall, a coed dormitory which also houses the Harriet M. Spaulding Library and the "Bistro 33" dining center. The St. Botolph Building, at 241 St. Botolph street, contains Pierce Hall, a computer laboratory, the electronic music studio, and the majority of the school's classrooms and administrative offices. Jordan Hall is NEC's central performing space. Opened in 1904,[9] Jordan Hall was the gift of New England Conservatory trustee Eben D. Jordan the 2nd, a member of the family that founded the Jordan Marsh retail stores and himself an amateur musician. In 1901, Jordan donated land for NEC's main building, while also offering to fund a concert hall with a gift of $120,000.

The dedication concert of Jordan Hall, performed by the Boston Symphony Orchestra, took place on October 20, 1903. Newspaper accounts deemed the hall "unequaled the world over," and The Boston Globe reported that it was "a place of entertainment that European musicians who were present that evening say excels in beauty anything of the kind they ever saw."[10]

A major renovation project was completed in 1995.

New England Conservatory's Preparatory School is an open-enrollment institution for pre-college students. The preparatory school offers music classes and private instruction for young musicians, and fosters over 35 small and large ensembles. Students enrolled in the Preparatory School may participate in the Certificate Program, allowing students to achieve their optimum performance skills, competence in music theory, and a knowledge of the literature that includes choral, orchestral, and chamber music, as well as solo repertoire.

NEC Prep is home to the Youth Philharmonic Orchestra (YPO) as well as the NEC Youth Chorale. The Youth Philharmonic Orchestra headed by David Loebel is perhaps the most selective group at the school. The Preparatory School also houses the Massachusetts Youth Wind Ensemble (MYWE), a selective touring wind ensemble open to advanced high school woodwind, brass, and percussion players directed by Michael Mucci. The Preparatory Jazz program offers a Jazz Certificate that focuses on ensemble performance, the primary expression of jazz, supported by private lessons and a comprehensive group of courses covering jazz skills.[]

Although the institution is properly known as New England Conservatory, both the National Historic Landmark and the National Register of Historic Places nominations call out "New England Conservatory of Music" as the name of the historic designation.[2][12] Also, despite the statement on the subject's web site,[13] there is only one listing for each program, which covers the whole main building, including Jordan Hall, and no separate listing for Jordan Hall.[14] 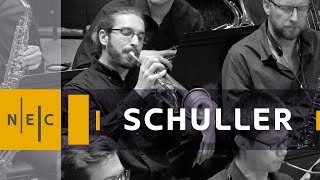 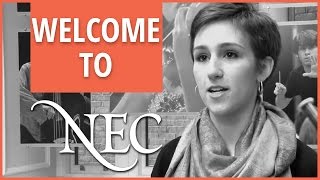 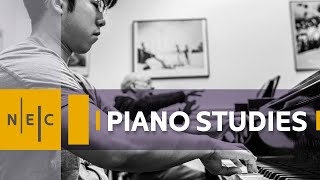 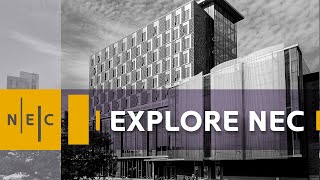 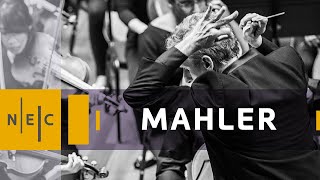 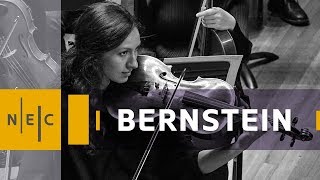 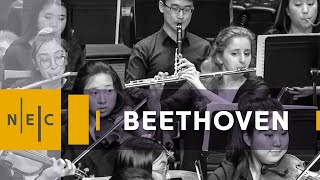 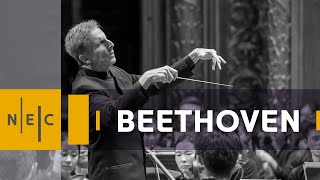 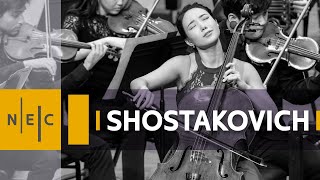 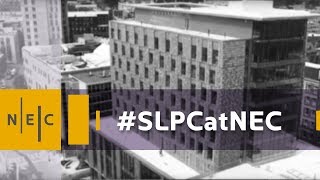 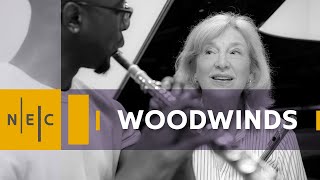 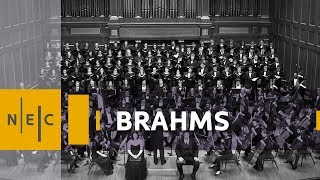 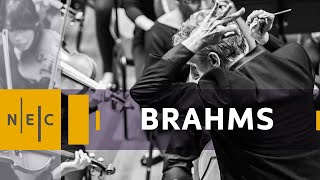 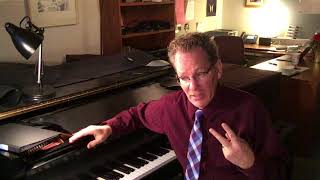 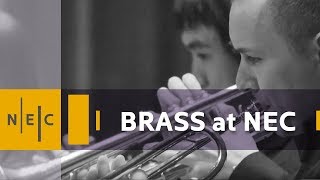 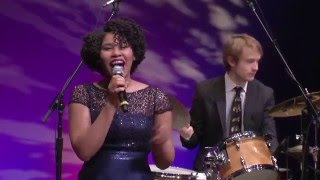 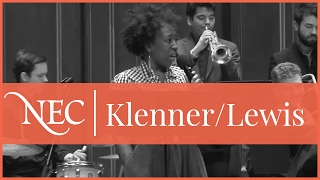