Neo-traditional country rose to popularity in the mid-1980s, a few years after the so-called "outlaw movement," a previous "back-to-its-roots" movement, had faded in popularity. Neo-traditionalism was born as a reaction to the perceived blandness of the mainstream country music at the time, which had been influenced by the rise of the "urban cowboy" fad. New (or "neo-") traditionalism looked to the elders of country music like Ernest Tubb, Hank Williams, Kitty Wells and George Jones for inspiration, and was a precursor to the more general categorization known as new country. The creation of neo-traditionalism was also done in contrast to the more pop-oriented acts of the 1970s and 1980s, such as Ronnie Milsap and Anne Murray, along with the flood of former pop acts (see B.J. Thomas, Billy Joe Royal, The Osmonds, Bill Medley, Dan Seals, Exile and Juice Newton) that were switching to "country" to revive their careers.[1]

In the early 1980s, Ricky Skaggs, a picking prodigy who took his inspiration from Bill Monroe and Ralph Stanley (Skaggs was a Clinch Mountain Boy as a teen), began making music that he believed brought country back to its roots; Skaggs' style drew heavily on country's bluegrass vein.

Another Neo-traditional Country artist was one of Skaggs' friend and former band-mate, Keith Whitley, who focused largely on countrypolitan ballads. After his success with "Don't Close Your Eyes", Whitley was said to be a promising new artist; however, in 1989, he died of what was officially listed an alcohol overdose at the age of 34 (this diagnosis has since come into dispute). Despite his death, Whitley's sound remained influential among country artists. At that same time, artists like Emmylou Harris, John Anderson and Gail Davies, whose hits included re-makes of songs by Ray Price, Webb Pierce, Carl Smith, The Louvin Brothers and Johnnie & Jack, set the tone in the late '70s and early '80s. Following that, Randy Travis, George Strait, Patty Loveless, and The Judds used vintage musical stylings, covers of classic country material, and carefully crafted vocal delivery to help bring New Traditionalism to the vanguard of country music for a time. Some of the last top-10 hits from a number of classic country stars (such as Merle Haggard, Conway Twitty, George Jones, and Don Williams) came during the neo-traditional boom of the late 1980s and into 1990.

Neo-traditionalism, to a certain extent, fell out of favor in approximately 1991, when Billboard removed record sales from its country chart[2] and a new brand of popular country music exploded into mainstream popularity, led in large part by Garth Brooks (who himself began as a neo-traditionalist, but shifted to a stadium rock-influenced style as his fame, and that of his style of music, grew). Despite this shift, of the acts that were still popular in the 1980s, more of the neo-traditional artists survived the shift into the 1990s than did those who did pop country in the 1980s tradition; Travis, Strait, Loveless and newcomer Alan Jackson stayed true to the neo-traditional sound and continued to have mainstream success alongside their newer, more pop-oriented rivals. In 2000, Strait and Jackson, both of whom remain popular as of the early 2010s, recorded a song titled "Murder on Music Row" which spoke directly to the rift between neo-traditionalists and pop-country musicians. Among the lyrics are brazen barbs at the Nashville establishment such as "Someone killed tradition, and for that, someone should hang."

Along with country pop and country rock, neo-traditional country remains one of the veins of country music that holds mainstream popularity in the late 2010s. The website Saving Country Music noted that another wave of neo-traditional popularity was beginning to emerge following backlash from the bro-country fad of the early 2010s, at the same time cautioning: "we still need to see more widespread adoption before we declare ourselves in the midst of another neo-traditionalist resurgence."[3] 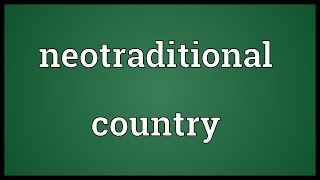 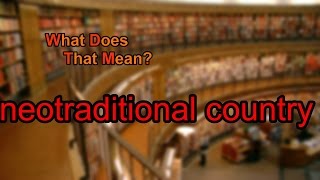 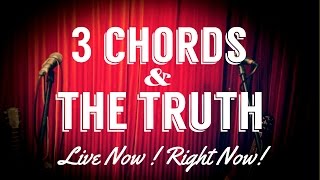 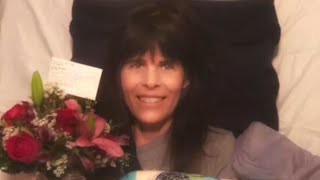