In music, form refers to the structure of a musical composition or performance. In his book, Worlds of Music, Jeff Todd Titon suggests that a number of organizational elements may determine the formal structure of a piece of music, such as "the arrangement of musical units of rhythm, melody, and/or harmony that show repetition or variation, the arrangement of the instruments (as in the order of solos in a jazz or bluegrass performance), or the way a symphonic piece is orchestrated", among other factors.[1]

These organizational elements may be broken into smaller units called phrases, which express a musical idea but lack sufficient weight to stand alone.[2] Musical form unfolds over time through the expansion and development of these ideas.

Compositions that do not follow a fixed structure and rely more on improvisation are considered free-form. A fantasia is an example of this.[3]

To aid in the process of describing form, musicians have developed a simple system of labeling musical units with letters. In his textbook "Listening to Music", professor Craig Wright writes,

The first statement of a musical idea is designated A. Subsequent contrasting sections are labeled B, C, D, and so on. If the first or any other musical unit returns in varied form, then that variation is indicated by a superscript number-- A1 and B2, for example. Subdivisions of each large musical unit are shown by lowercase letters (a, b, and so on).[4]

Some writers also use a prime label (such as B', pronounced "B prime", or B'', pronounced "B double prime") to denote sections that are closely related, but vary slightly.

The founding level of musical form can be divided into two parts:

The smallest level of construction concerns the way musical phrases are organized into musical sentences and "paragraphs" such as the verse of a song. This may be compared to, and is often decided by, the verse form or meter of the words or the steps of a dance.

For example, the twelve bar blues is a specific verse form, while common meter is found in many hymns and ballads and, again, the Elizabethan galliard, like many dances, requires a certain rhythm, pace and length of melody to fit its repeating pattern of steps. Simpler styles of music may be more or less wholly defined at this level of form, which therefore does not differ greatly from the loose sense first mentioned and which may carry with it rhythmic, harmonic, timbral, occasional and melodic conventions.

The next level concerns the entire structure of any single self-contained musical piece or movement. If the hymn, ballad, blues or dance alluded to above simply repeats the same musical material indefinitely then the piece is said to be in strophic form overall. If it repeats with distinct, sustained changes each time, for instance in setting, ornamentation or instrumentation, then the piece is a theme and variations. If two distinctly different themes are alternated indefinitely, as in a song alternating verse and chorus or in the alternating slow and fast sections of the Hungarian czardas, then this gives rise to a simple binary form. If the theme is played (perhaps twice), then a new theme is introduced, the piece then closing with a return to the first theme, we have a simple ternary form.

Great arguments and misunderstanding can be generated by such terms as 'ternary' and 'binary', as a complex piece may have elements of both at different organizational levels.[] A minuet, like any Baroque dance, generally had simple binary structure (AABB), however, this was frequently extended by the introduction of another minuet arranged for solo instruments (called the trio), after which the first was repeated again and the piece ended--this is a ternary form--ABA: the piece is binary on the lower compositional level but ternary on the higher. Organisational levels are not clearly and universally defined in western musicology, while words like "section" and "passage" are used at different levels by different scholars whose definitions, as Schlanker[full ] points out, cannot keep pace with the myriad innovations and variations devised by musicians.

The grandest level of organization may be referred to as "cyclical form".[] It concerns the arrangement of several self-contained pieces into a large-scale composition. For example, a set of songs with a related theme may be presented as a song-cycle, whereas a set of Baroque dances were presented as a suite. The opera and ballet may organize song and dance into even larger forms. The symphony, generally considered to be one piece, nevertheless divides into multiple movements (which can usually work as a self-contained piece if played alone). This level of musical form, though it again applies and gives rise to different genres, takes more account of the methods of musical organisation used. For example: a symphony, a concerto and a sonata differ in scale and aim, yet generally resemble one another in the manner of their organization. The individual pieces which make up the larger form may be called movements.

Scholes suggested that European classical music had only six stand-alone forms: simple binary, simple ternary, compound binary, rondo, air with variations, and fugue (although musicologist Alfred Mann emphasized that the fugue is primarily a method of composition that has sometimes taken on certain structural conventions).[7]

This form is built from a sequence of clear-cut units[9] that may be referred to by letters but also often have generic names such as introduction and coda, exposition, development and recapitulation, verse, chorus or refrain, and bridge. Sectional forms include:

Medley, potpourri or chain form is the extreme opposite, that of "unrelieved variation": it is simply an indefinite sequence of self-contained sections (ABCD...), sometimes with repeats (AABBCCDD...).

"Greensleeves" as an example of Binary Form.

Ternary form is a three-part musical form in which the third part repeats or at least contains the principal idea of the first part, represented as A B A [11] There are both simple and compound ternary forms. Da capo arias are usually in simple ternary form (i.e. "from the head"). A compound ternary form (or trio form) similarly involves an ABA pattern, but each section is itself either in binary (two sub-sections which may be repeated) or (simple) ternary form.

This form has a recurring theme alternating with different (usually contrasting) sections called "episodes". It may be asymmetrical (ABACADAEA) or symmetrical (ABACABA). A recurring section, especially the main theme, is sometimes more thoroughly varied, or else one episode may be a "development" of it. A similar arrangement is the ritornello form of the Baroque concerto grosso. Arch form (ABCBA) resembles a symmetrical rondo without intermediate repetitions of the main theme.

Variational forms are those in which variation is an important formative element.

Theme and Variations: a theme, which in itself can be of any shorter form (binary, ternary, etc.), forms the only "section" and is repeated indefinitely (as in strophic form) but is varied each time (A,B,A,F,Z,A), so as to make a sort of sectional chain form. An important variant of this, much used in 17th-century British music and in the Passacaglia and Chaconne, was that of the ground bass--a repeating bass theme or basso ostinato over and around which the rest of the structure unfolds, often, but not always, spinning polyphonic or contrapuntal threads, or improvising divisions and descants. This is said by Scholes (1977) to be the form par excellence of unaccompanied or accompanied solo instrumental music. The Rondo is often found with sections varied (AA1BA2CA3BA4) or (ABA1CA2B1A).

Sonata-allegro form (also sonata form or first movement form) is typically cast in a greater ternary form, having the nominal subdivisions of Exposition, Development and Recapitulation. Usually, but not always, the "A" parts (Exposition and Recapitulation, respectively) may be subdivided into two or three themes or theme groups which are taken asunder and recombined to form the "B" part (the development)--thus, e.g. (AabB[dev. of a and/or b]A1ab1+coda).

The sonata form is "the most important principle of musical form, or formal type from the classical period well into the twentieth century."[12] It is usually used as the form of the first movement in multi-movement works. So, it is also called "first-movement form" or "sonata-allegro form"(Because usually the most common first movements are in allegro tempo).[13]

Each section of Sonata Form movement has its own function:

o It may have an introduction at the beginning.

o Following the introduction, the exposition is the first required section. It lays out the thematic material in its basic version. There are usually two themes or theme groups in the exposition, and they are often in contrast styles and keys and connected by a transition. In the end of the exposition, there is a closing theme which concludes the section.

o After the development section, there is a returning section called recapitulation where the thematic material returns in the tonic key.

o At the end of the movement, there may be a coda, after the recapitulation.[13]

Extended form are forms that have their root in one of the forms above, however, they have been extended with additional sections. For example: 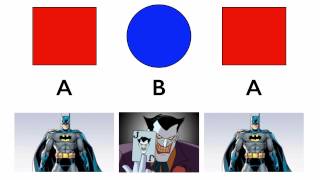 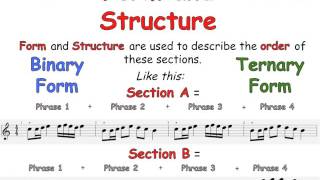 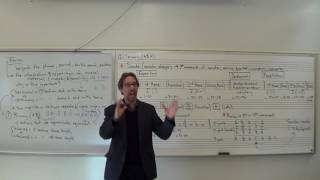 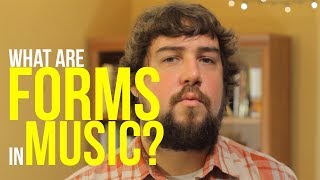 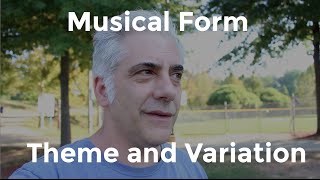 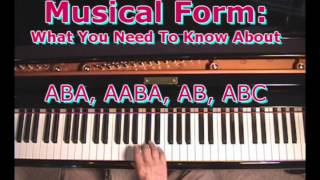 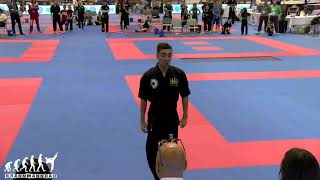 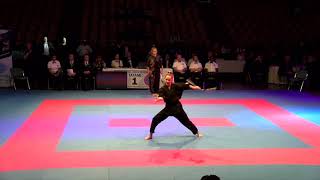 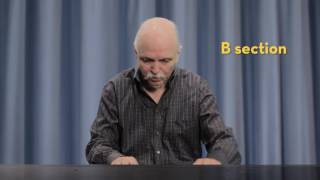 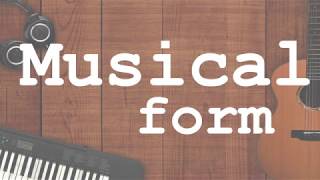 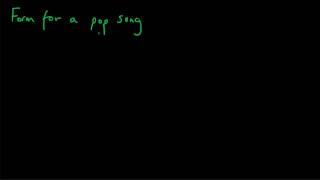 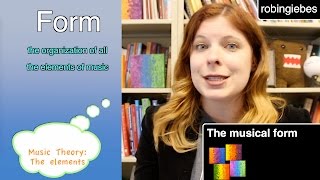 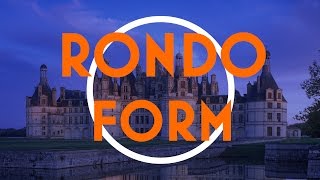 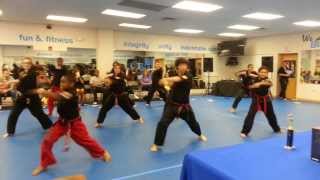 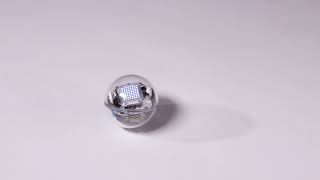 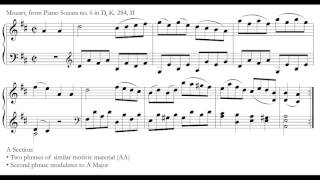 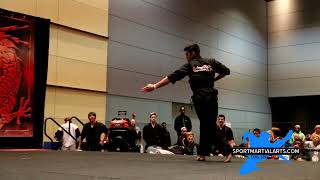 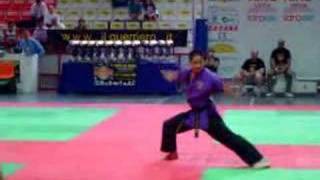