Murphy's Law is an American hardcore punk band from New York City, formed in 1982. While vocalist Jimmy Gestapo[1] remains the only founding member of the band, the line-up has consisted of numerous musicians who have performed with a selection of musical acts across multiple genres, such as Skinnerbox, Danzig, The Bouncing Souls, Mucky Pup, Dog Eat Dog, Hanoi Rocks, Agnostic Front, Warzone, Cro-Mags, D Generation, New York Dolls, Joan Jett & the Blackhearts, The Slackers, Thursday, Skavoovie and the Epitones, and Glen Campbell.

Over the course of their career, Murphy's Law have released five full-length albums, the last of which was released in 2001.

The self-titled debut album features fast-paced, short songs with more mosh sections, but they also managed to blend in some laid-back Californian punk sounds and even blues into the stomping New York hardcore anthems. Some of the songs on this album could also be credited as an influence on the burgeoning thrash metal scene which had taken to incorporating elements of New York hardcore into their sound and general song structure - for instance, Anthrax and S.O.D., whose Speak English or Die album (even being released a year before the actual registration of Murphy's Law eponymous) predated this release. They shared a common interest in the lyrical themes of drinking, smoking, and partying with the likes of Boston hardcore band, Gang Green - another trait which separates them from the sociopolitical leanings of fellow NYHC bands. On later albums they diversified with experiments into ska.

The album spawned a few live favorites which were devised to "get the party going" - "Fun", "Beer", and "Care Bear" being just a small selection - but it also had a track which caused some controversy with "Skinhead Rebel". It was seen by some sectors of the community as a fascist infused song. The album also includes a cover version of Iggy Pop's "I Got a Right".

Back with a Bong was released in 1989 on Profile Records and subsequently re-released on Another Planet Records in 1994 with the previous self-titled album on the same disc. It came three years after the previous album and the band had undergone somewhat of a transformation with Jimmy Gestapo the only remaining member. Alex Morris had been replaced on guitar by Todd Youth - previously of fellow New York City hardcore bands, Agnostic Front and Warzone, and later of Danzig. Chuck Valle replaced Pete Martinez on bass, and Doug E. Beans took over drumming duties from Petey Hines. In 1989, Murphy's Law opened for the Red Hot Chili Peppers on their Mother's Milk tour.

Murphy's Law ushered in the '90s with a reinvigorated blast of their debauchery-laced brand of comedic punk. Stylistically, Murphy's Law made quite a jump on The Best of Times. The band did dabble in skacore long before it exploded, but was always pretty much a flat-out hardcore unit in the '80s. The Best of Times finds Jimmy Gestapo and friends combining funk, reggae, ska, and hardcore into their own distinct brew, shedding any dogmatic restrictions applied to the standards of their genre in the '80s.

Production by Fishbone's John "Norwood" Fisher and Philip "Fish" Fisher lends authenticity and diversity to The Best of Times, as does the added instrumentation by several members of Fishbone. Covers of James Brown and Stevie Wonder provide some insight into Murphy's Law's sometimes controversial and misunderstood affiliation with the skinhead faction, finally putting to rest any allegations that racism or fascism have anything to do with the band's outlook. Although the group manages to shed this stereotype and expand musically on The Best of Times, the subject matter doesn't otherwise stray too far from earlier work. Songs about pot, beer, girls, and cars showcase the glorious immaturity and quest for fun that pretty much define Murphy's Law. When the band does get serious, which isn't very often, it's in the interest of unity and friendship.

The title track is basically a fan tribute, thanking a small but loyal group of followers for the support that's enabled Murphy's Law to continue the party. The ska-tinged but heavy "1%" revels in the outcast-minded punk rock ethos, giving nod to those who embrace the good and bad of surfing the fringe of culture and society. Classic Murphy's Law rage surfaces on "Harder Than Who", an attack on the mindless aggression and competition that sometimes rule the hardcore scene.

Murphy's Law collected a bunch of stomping, fast and anthem style hardcore punk songs for this. It is first studio album in five years since The Best of Times. The personnel differed from previous efforts, but Jimmy G's vocals still provide the sound's basis. As with prior albums, the lyrics revolve mainly around smoking, drinking, and partying. A blur of melodic hardcore eventually gives way near the end to some saxophone-led ska. Dedication was released by Another Planet on March 19, 1996. The label had already picked up the rights to their previous material from Profile Records and in 1994 had released a split CD with their self-titled and Back with a Bong albums on the same disc.

The album was produced by Daniel Rey who had previously worked with The Ramones, The Misfits, and even Boston hardcore punk band Gang Green - with whom Murphy's Law share a lyrical penchant. He also wrote one of the songs for this album, "Green Bud". It follows 1993's Good for Now EP and the 1991 studio album, The Best of Times. The album Dedicated, released in 1996, was dedicated to former bass player, Chuck Valle, who was killed in a knife related incident in 1994. His picture appears on the back page of the CD inlay and a picture of a tattoo inscribed with the words "In Memory of Chuck" appears on the jewel case inlay. The band did not record another full-length album until The Party's Over in 2001,[2] but had plenty of singles, compilation, and split EPs with other bands in between. In 2002 Reflex/Wolfpack Records released a European vinyl pressing of The Party's Over.

Listeners find former D Generation guitarist Rick Bacchus, bassist Sal Villaneuva (Demonspeed), and drummer Eric Arce (Skarhead) joining forces with original Murphy's Law frontman Jimmy G and producer Daniel Rey (Ramones, The Misfits, and White Zombie). The result of this 2001 collaboration is 15 tracks of blistering, rowdy, and fast club punk. The song "The Party's Over" refers to the Mayor Rudolph Giuliani's intense "clean up" of the Big Apple. There are few musical departures on this predominately speedy punk cd. "Walking Alone" incorporates a bit of a reggae vibe, while a saxophone line accents "Skinhead Girl", a cover of the song originally by Symarip, that takes the tempo down a notch to a swaggering groove (but stays true to punk form).

On April 12, 2010, Murphy's Law announced in a MySpace blog entry that they were working on a sixth studio album as well as a DVD and vinyl reissues of their back catalog.[3] On May 4, 2011, it was announced that Murphy's Law were signed to I Scream Records, who were scheduled to release the band's first studio album of original material since 2001's The Party's Over, as well as reissues of their back catalog. The reissued albums were released on CD, digital download, and vinyl in 2014 with previously unreleased bonus tracks. However, to date, the new album of original material has yet to be released.

In 2002, the band appeared in Matthew Barney's film, Cremaster 3 along with Agnostic Front.[4] In 2004, the song "Vicky Crown" appeared in a music video montage featuring Nick Mondo in the game Backyard Wrestling 2. In 2008, the song "A Day In The Life" was featured, as well as Jimmy G. himself as the DJ of Liberty City Hardcore (L.C.H.C)[5] radio station in the action videogame Grand Theft Auto IV.

Murphy's Law has gone through many line-up changes over its four decade history with Jimmy Gestapo its only constant member. 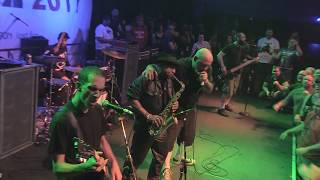 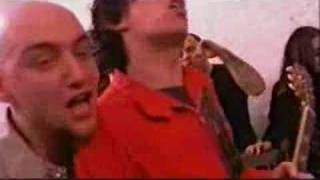 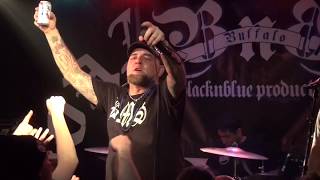 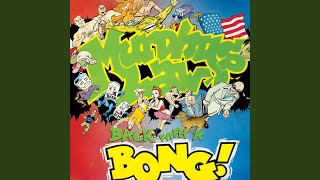 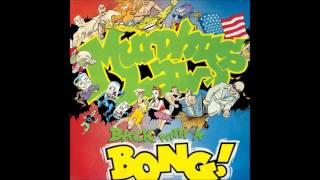 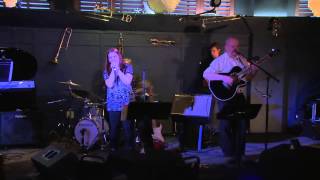 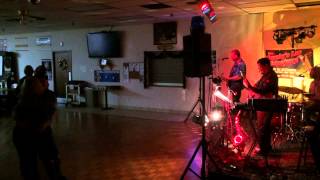 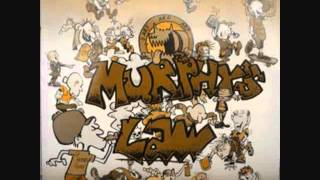 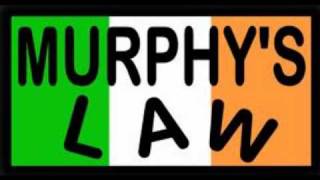 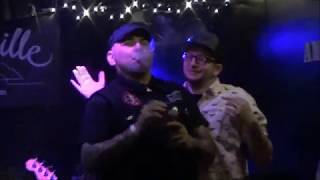 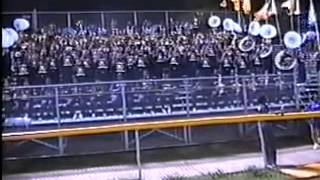 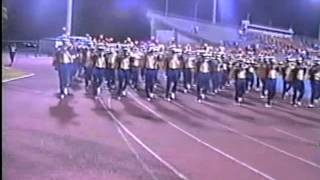 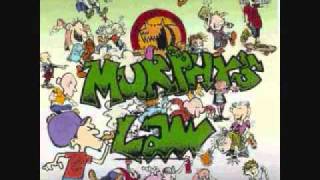 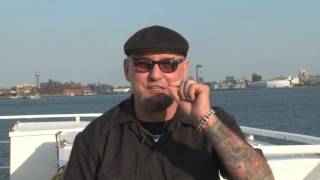 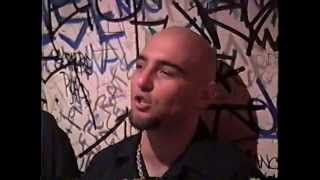 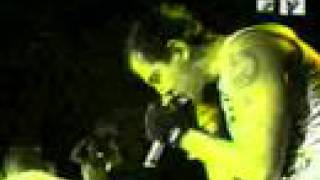