For the state affordable-housing law, see the Mount Laurel doctrine.

Mount Laurel was incorporated as a township by an act of the New Jersey Legislature on March 7, 1872, from portions of Evesham Township.[20] The township was named for a hill covered with laurel trees.[21]

The Mount Laurel Decision is a judicial interpretation of the New Jersey State Constitution that requires municipalities to use their zoning powers in an affirmative manner to provide a realistic opportunity for the production of housing affordable to low and moderate income households. The decision was a result of a lawsuit brought against the town by the N.A.A.C.P. that was decided by the New Jersey Supreme Court in 1975 and reaffirmed in a subsequent decision in 1983.[23]

The history behind this, and the story leading to the Decision was highlighted in Our Town, a book by David L. Kirp.[24]

Mount Laurel was a small, poor rural farming community until it was hit with massive suburban growth from Philadelphia in the later 1960s. Poor families, whose history had resided there for centuries, were suddenly priced out of buying property. In 1970, at a meeting about a proposal for affordable housing, held at an all black church in Mount Laurel, Mayor Bill Haines summed up the newcomers' perspective by saying: "If you people can't afford to live in our town, then you'll just have to leave."[24]

Even though the poor black families in Mount Laurel were not from urban ghettos, and were not involved in gang activity, the new suburban influx thought otherwise, and significantly delayed the creation of affordable housing areas, citing concerns of gang activity and an influx of inner city criminals. Exampled comments from town meetings against forced construction of housing projects included "we need this like Custer needed more Indians"; "it's reverse discrimination"; "we lived in this in South Philly and Newark", and that the housing would be a "breeding ground for violent crime and drug abuse".[24]

Resident advocates of the housing initiative were treated with abuse and threats. Leading advocate Ethel Lawrence, a poor black resident who lived her life in Mount Laurel, had her house repeatedly vandalized, and once her bedroom window was damaged by gunfire.[25][26] Longtime white residents also tried to force the poor black residents out of town. Although the court ruled in favor of creating affordable housing, residents did manage to delay the process for decades.[24]

Ramblewood (with a 2010 Census population of 5,907) is an unincorporated community and census-designated place (CDP) located within Mount Laurel.[27] Mount Laurel voted to change its form of government in 1970 from a Township Committee form to a Faulkner Act system using the Council-Manager (Plan E), enacted based on the recommendations of a Charter Study Commission as of January 1, 1972.[42] In this form of government, the Township Manager oversees the daily functions of the Township. Township government consists of a Township Council made up of five members elected at-large in partisan elections to serve four-year terms on a staggered basis, with either two or three seats coming up for election in even-numbered years as part of the November general election.[6] At an annual reorganization meeting held in January, the council selects one of its members to serve as mayor and another to serve as deputy mayor, each for a one-year term.[3]

For the 2018-2019 session (Senate, General Assembly), the 7th Legislative District of the New Jersey Legislature is represented in the State Senate by Troy Singleton (D, Palmyra) and in the General Assembly by Herb Conaway (D, Moorestown) and Carol A. Murphy (D, Mount Laurel).[54][55]

Burlington County is governed by a board of chosen freeholders, whose five members are elected at-large in partisan elections to three-year terms of office on a staggered basis, with either one or two seats coming up for election each year; at an annual reorganization meeting, the board selects a director and deputy director from among its members.[56] As of 2018[update], Burlington County Board of Chosen Freeholders are Director Kate Gibbs (R, Lumberton Township, term as freeholder and as director ends December 31, 2018),[57] Deputy Director Linda Hughes (R, Evesham Township, term as freeholder and as deputy director ends 2018)[58] Tom Pullion (D, Edgewater Park, 2020),[59]Balvir Singh (D, Burlington Township, 2020),[60] and Latham Tiver (R, Southampton Township, 2019).[61][56][62][63] Burlington County's Constitutional Officers are County Clerk Tim Tyler (R, Fieldsboro, 2018),[64][65] Sheriff Jean E. Stanfield (R, Westampton, 2019)[66][67] and Surrogate Mary Ann O'Brien (R, Medford, 2021).[68][69][63]

The Mount Laurel Schools serve public school students in pre-kindergarten through eighth grade. As of the 2014-15 school year, the district and its eight schools had an enrollment of 6,104 students and 335.2 classroom teachers (on an FTE basis), for a student-teacher ratio of 18.2:1.[79] The grade configuration includes six schools serving kindergarten through fourth-grade students. Students are assigned on a geographic basis to one of the six K-4 schools; Countryside serves the township's northwest; Fleetwood, the northeast; Hillside covers the north central portion of the township; Larchmont, a piece of the eastern side; Parkway, covers the western portion; and Springville the southern tip.[80] All students move into the upper elementary level together for fifth and sixth-grade, and remain together for entrance to the middle school for grades 7 and 8.[81]

Public school students from Mount Laurel in ninth through twelfth grades attend Lenape High School, located in Medford Township.[94][95] As of the 2014-15 school year, the high school had an enrollment of 1,840 students and 150.7 classroom teachers (on an FTE basis), for a student-teacher ratio of 12.2:1.[96] Lenape High School is part of the Lenape Regional High School District, a regional secondary school district in Burlington County that also serves the eight municipalities of Evesham Township, Medford Lakes, Medford Township, Shamong Township, Southampton Township, Tabernacle Township and Woodland Township at its four high schools.[97][98]

Students from Mount Laurel, and from all of Burlington County, are eligible to attend the Burlington County Institute of Technology, a countywide public school district that serves the vocational and technical education needs of students at the high school and post-secondary level at its campuses in Medford and Westampton Township.[99]

View north along the New Jersey Turnpike in Mount Laurel

The New Jersey Turnpike is the most prominent highway passing through Mount Laurel. It enters from Cherry Hill in the township's southwest corner and continues for about 7.5 miles (12.1 km) to Westampton Township at Mount Laurel's northern edge.[101] The Turnpike's James Fenimore Cooper rest area is located within the township on the northbound side at milepost 39.4.[102] The only exit within Mount Laurel is Exit 4, which provides access to Route 73.[103]

NJ Transit provides bus service to and from Philadelphia on routes 317 (from Asbury Park), the 413 route between Camden and Burlington and the 457 route between Moorestown Mall and Camden.[105][106] People who were born in, residents of, or otherwise closely associated with Mount Laurel include: 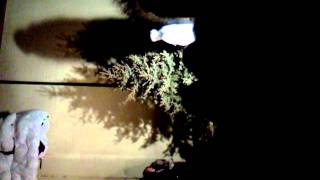 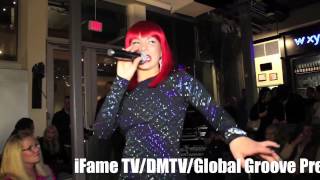 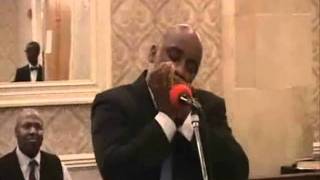 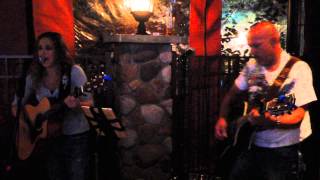 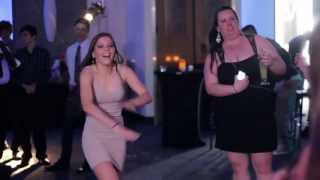 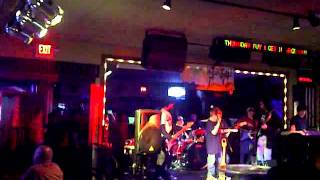 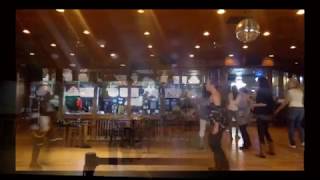 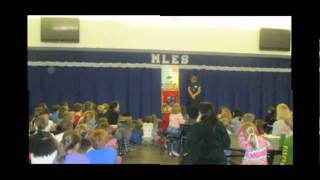 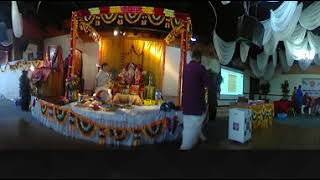 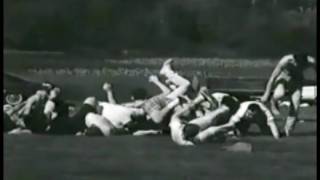 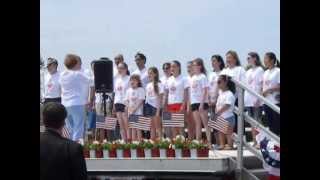 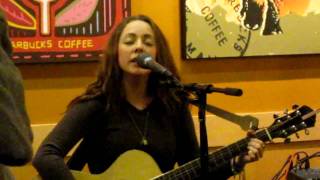 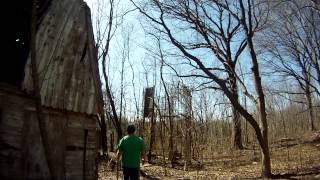 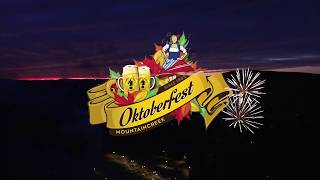 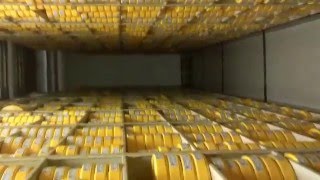 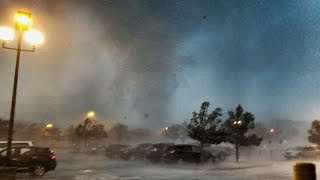 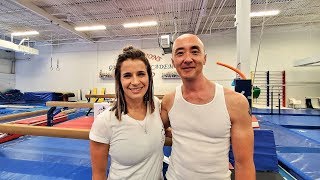 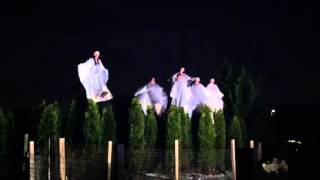 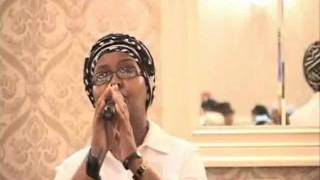