Modern rock is an umbrella term describing rock music made between the late 1970s to present day. Some radio stations use this term to distinguish themselves from classic rock, which is based in 1960s-1980s rock music.

Modern rock is a rock format commonly found on commercial radio; the format consists primarily of the alternative rock genre.[1] Generally beginning with late 1970s punk but referring especially to alternative rock music since the 1980s, the phrase "modern rock" is used in the USA to differentiate the music from classic rock, which focuses on music recorded in the 1960s through to the early 1980s.

A few modern rock radio stations existed during the 1980s, such as KROQ-FM in Los Angeles, 91X (XETRA-FM) in San Diego, WHTG FM 106.3 (now, WKMK) on the Jersey Shore, WLIR on Long Island and WFNX in Boston.[1] Modern rock was solidified as a radio format in 1988 with Billboards creation of the Modern Rock Tracks chart. The chart was based on weighted reports from college radio stations and commercial stations such as those listed above.[2] The 1988 episode of the VH1 show I Love the '80s discussed INXS, The Cure, Morrissey, Depeche Mode, and Erasure as modern rock artists representative of that year. But it was the breakthrough success of the grunge bands Nirvana and Pearl Jam in 1991 that resulted in a large number of American radio stations switching to the format.[1] Modern rock is considered by some to be a specific genre of alternative rock.[3]

The format has gone through two distinct periods, dividing the line from classic modern rock and the current alternative rock format used today. Up until grunge went mainstream, the format featured a wide variety of up-tempo danceable music from a diverse group of artists that were being played in rock discos and clubs.[2] This was a legacy from new wave music and the Second British Invasion that immediately proceeded it.[2] Out of all the artists that had songs hit the top 30 in the first modern rock chart, only seven of them were American.[2] Between 1992 and 1994, most of the female, foreign and dance music had largely disappeared from the chart.[2] While the chart still featured a variety of alternative rock music, it was largely guitar rock created by male Americans.[2] By 1996, the modern rock chart was largely identical to the mainstream rock chart; it was therefore surveying what was then mainstream rock music.[2]

For most of the 2000s, modern rock radio stations mostly featured songs that were crossed over from the active rock format. This was often famous for the second wave of post-grunge and nu metal scenes that derived from grunge and alternative metal music, respectively, in the 1990s. During the early 2000s, these two genres made up most of the modern rock format, despite the format being a heavily diverse format genre-wise (for example, in 2003, it was not uncommon to hear diverse artists like Jack Johnson, Muse, Coheed and Cambria, The Postal Service, The Mars Volta, Junior Senior, Snow Patrol, Story of the Year, The Black Keys, and Kings of Leon all played on the same modern rock station). By the mid-2000s, the two genres were dropped, and the revivals of genres such as post-punk, garage rock, noise rock, and dance-punk (often tagged in as the post-punk revival of that time) took its place but the post-grunge and nu metal genres still had some success. 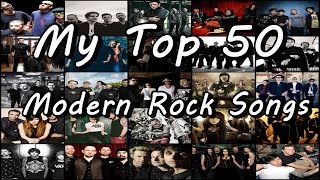 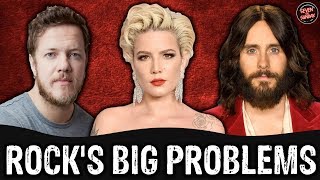 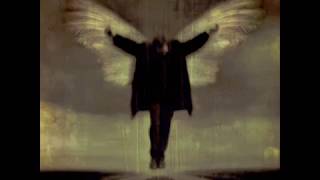