A Love Meter and Strength tester machine at a Framingham, Massachusetts rest stop.

In the past, a common time measuring instrument was the sundial. Today, the usual measuring instruments for time are clocks and watches. For highly accurate measurement of time an atomic clock is used. Stop watches are also used to measure time in some sports.

A gas meter measures energy indirectly by recording the volume of gas used. This figure can then be converted to a measure of energy by multiplying it by the calorific value of the gas.

A physical system that exchanges energy may be described by the amount of energy exchanged per time-interval, also called power or flux of energy.

For the ranges of power-values see: Orders of magnitude (power).

Action describes energy summed up over the time a process lasts (time integral over energy). Its dimension is the same as that of an angular momentum.

This includes basic quantities found in classical- and continuum mechanics; but strives to exclude temperature-related questions or quantities.

For the ranges of length-values see: Orders of magnitude (length)

For the ranges of area-values see: Orders of magnitude (area)

A measuring cup, a common instrument used to measure volume.

If the mass density of a solid is known, weighing allows to calculate the volume.

For the ranges of volume-values see: Orders of magnitude (volume)

For the ranges of speed-values see: Orders of magnitude (speed) A pair of scales: An instrument for measuring mass in a force field by balancing forces.

For the ranges of mass-values see: Orders of magnitude (mass) Measuring absolute pressure in an accelerated reference frame: The principle of a mercury (Hg) barometer in the gravitational field of the earth.

For the ranges of pressure-values see: Orders of magnitude (pressure)

For the ranges of frequency see: Orders of magnitude (frequency)

See also the section about navigation below.

Considerations related to electric charge dominate electricity and electronics. Electrical charges interact via a field. That field is called electric field.If the charge doesn't move. If the charge moves, thus realizing an electric current, especially in an electrically neutral conductor, that field is called magnetic. Electricity can be given a quality -- a potential. And electricity has a substance-like property, the electric charge. Energy (or power) in elementary electrodynamics is calculated by multiplying the potential by the amount of charge (or current) found at that potential: potential times charge (or current). (See Classical electromagnetism and its Covariant formulation of classical electromagnetism)

An instrument for detecting net charges, the electroscope.

For the ranges of charge values see: Orders of magnitude (charge)

See also the relevant section in the article about the magnetic field.

Temperature-related considerations dominate thermodynamics. There are two distinct thermal properties: A thermal potential -- the temperature. For example: A glowing coal has a different thermal quality than a non-glowing one.

And a substance-like property, -- the entropy; for example: One glowing coal won't heat a pot of water, but a hundred will.

Energy in thermodynamics is calculated by multipying the thermal potential by the amount of entropy found at that potential: temperature times entropy.

Entropy can be created by friction but not annihilated.

Amount of substance (or mole number)

A physical quantity introduced in chemistry; usually determined indirectly. If mass and substance type of the sample are known, then atomic- or molecular masses (taken from a periodic table, masses measured by mass spectrometry) give direct access to the value of the amount of substance. See also the article about molar masses. If specific molar values are given, then the amount of substance of a given sample may be determined by measuring volume, mass or concentration. See also the subsection below about the measurement of the boiling point.

For the ranges of temperature-values see: Orders of magnitude (temperature) This includes thermal capacitance or temperature coefficient of energy, reaction energy, heat flow ... Calorimeters are called passive if gauged to measure emerging energy carried by entropy, for example from chemical reactions. Calorimeters are called active or heated if they heat the sample, or reformulated: if they are gauged to fill the sample with a defined amount of entropy.

Entropy is accessible indirectly by measurement of energy and temperature.

The given sample is cooled down to (almost) absolute zero (for example by submerging the sample in liquid helium). At absolute zero temperature any sample is assumed to contain no entropy (see Third law of thermodynamics for further information). Then the following two active calorimeter types can be used to fill the sample with entropy until the desired temperature has been reached: (see also Thermodynamic databases for pure substances)

Processes transferring energy from a non-thermal carrier to heat as a carrier do produce entropy (Example: mechanical/electrical friction, established by Count Rumford). Either the produced entropy or heat are measured (calorimetry) or the transferred energy of the non-thermal carrier may be measured.

Concerning a given sample, a proportionality factor relating temperature change and energy carried by heat. If the sample is a gas, then this coefficient depends significantly on being measured at constant volume or at constant pressure. (The terminiology preference in the heading indicates that the classical use of heat bars it from having substance-like properties.)

The temperature coefficient of energy divided by a substance-like quantity (amount of substance, mass, volume) describing the sample. Usually calculated from measurements by a division or could be measured directly using a unit amount of that sample.

Melting temperature (of a solid)

Boiling temperature (of a liquid)

This includes mostly instruments which measure macroscopic properties of matter: In the fields of solid state physics; in condensed matter physics which considers solids, liquids and in-betweens exhibiting for example viscoelastic behavior. Furthermore, fluid mechanics, where liquids, gases, plasmas and in-betweens like supercritical fluids are studied.

This refers to particle density of fluids and compact(ed) solids like crystals, in contrast to bulk density of grainy or porous solids.

For the ranges of density-values see: Orders of magnitude (density)

Hardness of a solid

Shape and surface of a solid

Elasticity of a solid (elastic moduli)

Plasticity of a solid Tensile strength, ductility or malleability of a solid

Granularity of a solid or of a suspension

Viscosity of a fluid

The electrochemical cell: A device for measuring substance potentials.

Such measurements also allow to access values of molecular dipoles.

For other methods see the section in the article about magnetic susceptibility.

See also the Category:Electric and magnetic fields in matter

Phase conversions like changes of aggregate state, chemical reactions or nuclear reactions transmuting substances, from reactants to products, or diffusion through membranes have an overall energy balance. Especially at constant pressure and constant temperature molar energy balances define the notion of a substance potential or chemical potential or molar Gibbs energy, which gives the energetic information about whether the process is possible or not - in a closed system.

Energy balances that include entropy consist of two parts: A balance that accounts for the changed entropy content of the substances. And another one that accounts for the energy freed or taken by that reaction itself, the Gibbs energy change. The sum of reaction energy and energy associated to the change of entropy content is also called enthalpy. Often the whole enthalpy is carried by entropy and thus measurable calorimetrically.

Other values may be determined indirectly by calorimetry. Also by analyzing phase-diagrams.

See also the article on electrochemistry.

See also the article on spectroscopy and the list of materials analysis methods.

Microphones in general, sometimes their sensitivity is increased by the reflection- and concentration principle realized in acoustic mirrors. A device for unmixing sun-light: the prism.

Light and radiation without a rest mass, non-ionizing

The measure of the total power of light emitted. Another visualization of the electromagnetic spectrum.

This could include chemical substances, rays of any kind, elementary particles, quasiparticles. Many measurement devices outside this section may be used or at least become part of an identification process. For identification and content concerning chemical substances see also analytical chemistry especially its List of chemical analysis methods and the List of materials analysis methods.

pH: Concentration of protons in a solution

Photometry is the measurement of light in terms of its perceived brightness to the human eye. Photometric quantities derive from analogous radiometric quantities by weighting the contribution of each wavelength by a luminosity function that models the eye's spectral sensitivity. For the ranges of possible values, see the orders of magnitude in: illuminance, luminance, and luminous flux.

Blood-related parameters are listed in a blood test. A spirometer, inhaling into pipe a fills volume b, the rest balances forces.

Concentration or partial pressure of carbon dioxide in the respiratory gases

An echocardiogram processed into a three dimensional representation.

Some instruments, such as telescopes and sea navigation instruments, have had military applications for many centuries. However, the role of instruments in military affairs rose exponentially with the development of technology via applied science, which began in the mid-19th century and has continued through the present day. Military instruments as a class draw on most of the categories of instrument described throughout this article, such as navigation, astronomy, optics and imaging, and the kinetics of moving objects. Common abstract themes that unite military instruments are seeing into the distance, seeing in the dark, knowing an object's geographic location, and knowing and controlling a moving object's path and destination. Special features of these instruments may include ease of use, speed, reliability and accuracy.

Note that the alternate spelling "-metre" is never used when referring to a measuring device. 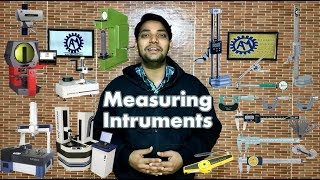 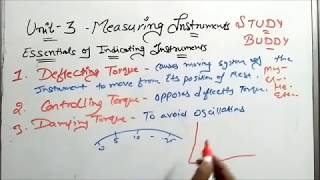 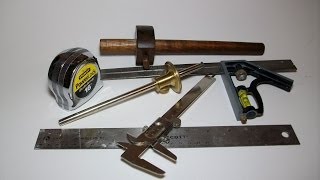 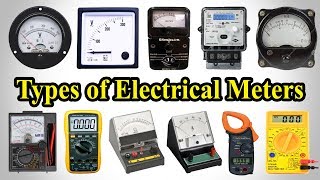 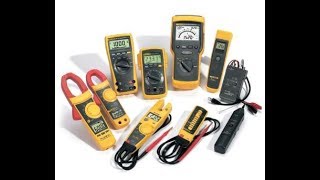 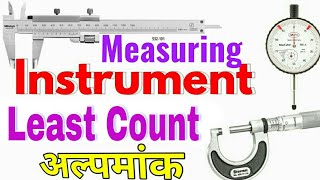 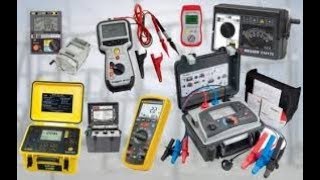 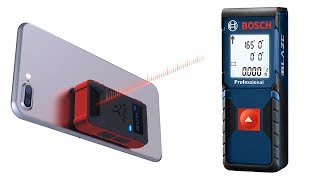 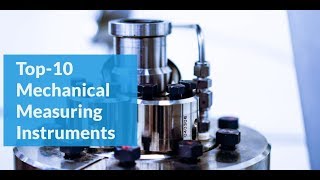 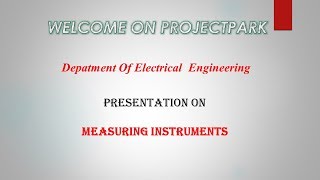 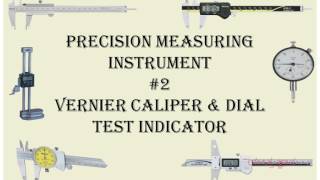 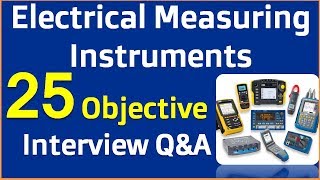 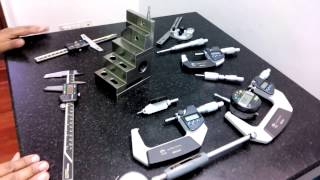 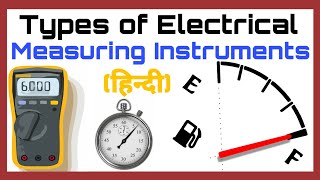