In 2012, Mark joined SM Entertainment after passing the SM Global Audition in Canada in 2010. He was introduced as a member of SM Rookies, a pre-debut training team managed by SM Entertainment, in December of the following year.[1] In 2014, he appeared on Exo 90:2014, a reality TV show starring Exo, as part of the SM Rookies program, where he performed songs and recreated music videos of prominent 90s K-pop idols.[2] Mark appeared on Disney Channel Korea's The Mickey Mouse Club as a Mouseketeer alongside other SM Rookies program participants in 2015. The show, hosted by Leeteuk of Super Junior, aired from July 23 to December 17.[3]

In April 2016, SM Entertainment confirmed that Mark and five other members of SM Rookies--Taeyong, Doyoung, Ten and Jaehyun--would debut as members of NCT's first subgroup, NCT U. They released their first digital single on April 9, titled "The 7th Sense", in which he and Taeyong participated in songwriting.[4] Three months later, SM announced that Mark would become a member of NCT's second subgroup, NCT 127, along with Taeyong, Taeil, Yuta, Jaehyun, Winwin and Haechan. NCT 127 made their official debut with the extended play NCT #127 and title track "Fire Truck" on July 10, 2016.[5]

Mark joined NCT's third subgroup, NCT Dream, which consisted of members Renjun, Jeno, Haechan, Jaemin, Chenle and Jisung. The group officially debuted on August 24, 2016 with the single "Chewing Gum". The following month, Mark featured on Henry Lau's "Going Through Your Heart", an original soundtrack for the KBS drama, Sweet Stranger and Me.[6] This marked his first solo endeavour since debuting in NCT.

In January 2017, Mark joined High School Rapper, a survival hip hop reality TV show which aired on Mnet.[7] He advanced to the finals and performed an original song, "Drop" featuring labelmate Seulgi of Red Velvet, and placed 7th overall.[8] In July 2017, Mark collaborated with Exo's Xiumin on single, "Young & Free". It was released through Season 2 of SM Entertainment's digital music project SM Station.[9] The same month, Mark appeared in the first season of the music variety show Snowball Project. He teamed up with Park Jae-jung to release "Lemonade Love" on July 21, also through SM Station, which was produced by former labelmate Henry Lau and Yoon Jong-shin.[10]

Beginning in February 2018, Mark served as one of the main emcees of the music program Show! Music Core; he left the program in January 2019 to focus on activities with NCT 127.[11] In May 2018, he became a regular cast member on the MBC reality TV show It's Dangerous Beyond The Blankets.[12] In October 2018, Mark released the song "Dream Me" with Red Velvet's Joy for the soundtrack of the KBS drama The Ghost Detective. Mark was the first member to officially graduate from NCT Dream on December 31, 2018,[13] although he would later rejoin the group in April 2020 after its age-based graduation system was abolished.[14][15]

On August 7, 2019, Mark was confirmed as a member of SuperM, a "K-pop supergroup" created by SM Entertainment in collaboration with Capitol Records. The group began promoting in October of that year in the American music market.[16][17] SuperM's self-titled debut EP was released on October 4, 2019, led by the single "Jopping".[18] Mark continued to promote with SuperM throughout 2020, through the release the group's first full-length studio album, Super One.

All credits are adapted from the Korea Music Copyright Association, unless stated otherwise.[23] 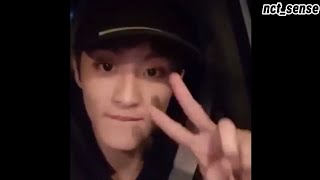 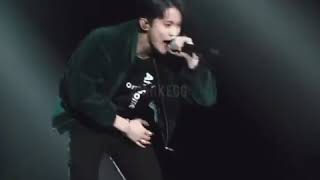 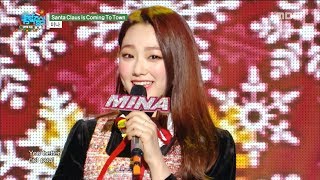 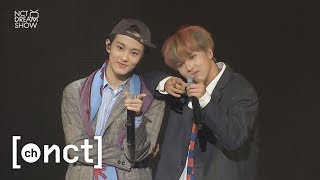 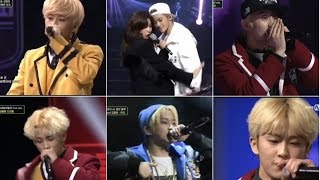 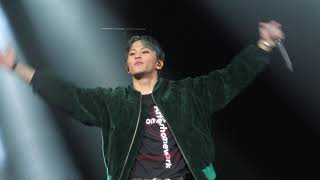 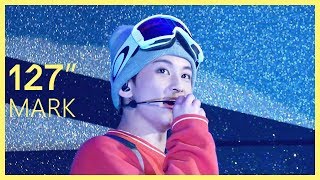 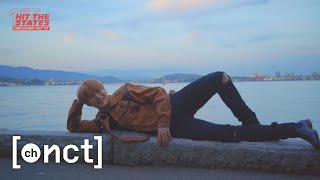 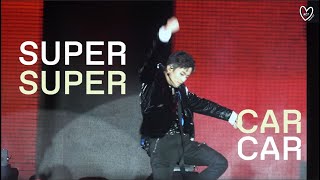 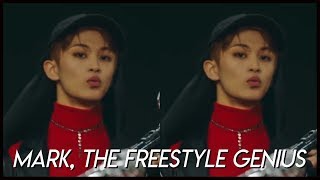 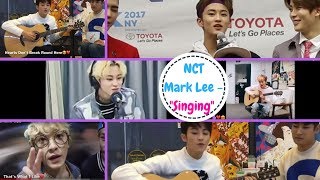 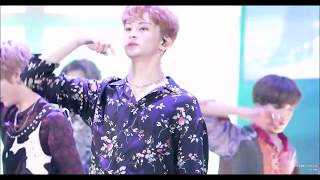 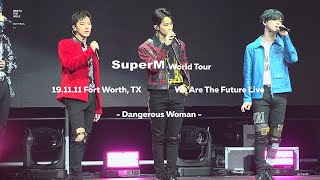 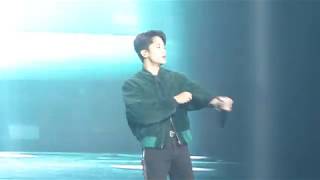 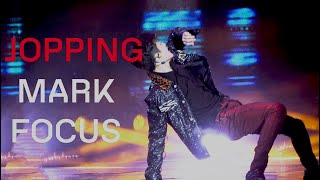 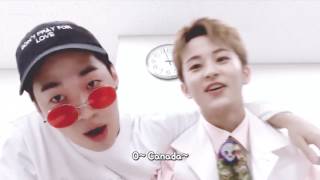 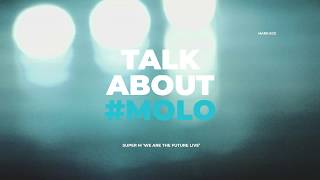