Gerald David "Lorenzo" Music (May 2, 1937 - August 4, 2001) was an American actor, voice actor, writer, producer and musician.[1] He was best known as the original voice of Jim Davis' comic strip cat Garfield. He famously voiced the character on animated specials from 1982 to 1991, and also in cartoons, video games, and commercials. Music's distinctive voice of Garfield is still often used in animated specials in his legacy.[2]

Gerald David Music was born on May 2, 1937 in Brooklyn, New York and raised in Duluth, Minnesota, where he was educated at Central High School and the University of Minnesota Duluth. He was six years old when his family moved to Minnesota due to his father's getting a job at one of the shipyards.[3]

Music met his wife Henrietta at the latter, and together they formed a comedy duo named Gerald and His Hen. They performed successfully together for eight years. He changed his first name to Lorenzo for spiritual reasons after he became a member of the international spiritual association Subud.[4]

Music became a writer and a regular performer on The Smothers Brothers Comedy Hour during 1968 and 1969. His work as a writer on The Mary Tyler Moore Show in 1970 would lead him to his big break.

He was the co-creator of The Bob Newhart Show (with his then-producer/writing partner David Davis) which went on the air in 1972 and ran for six years; he also co-wrote the theme song to the show with his wife Henrietta. Music continued writing for the Mary Tyler Moore Show spin-off Rhoda. While casting Rhoda, the producers were looking for a voice actor to play the part of a character that would be heard but never seen: Carlton the doorman. When they heard Music's sleepy, husky voice, they offered him that role, which made his voice recognizable to a worldwide television audience. The character was popular enough to warrant a one-off single in 1975 called "Who Is It?" (b/w "The Girl in 510", United Artists UA-XW643-X), which became a regional hit. Music also co-produced and co-wrote a 1980 animated special Carlton Your Doorman which won an Emmy Award.

In 1983, Music voiced the character Ralph the All-Purpose Animal in the stop-motion animated film Twice Upon a Time.

In 1982, Jim Davis's Garfield was the most popular comic strip in America. Compilation books and merchandising of the strip were topping best seller lists, and Davis was negotiating to make an animated television special. Producers needed someone to voice the main character in the strip: Garfield, a fat, lazy, oafish and demanding cat. The audition attracted several famed vocal talents, including Sterling Holloway, the voice of Winnie the Pooh. After one audition, Music was immediately cast as the voice of Garfield; in Davis's words, "I looked at the room full of [voice] actors, and then in the corner I saw Lorenzo, quietly licking himself". Music would serve as the voice of Garfield in more than 12 television specials, in the Garfield and Friends animated television series that ran from 1988-1994, video games and commercials until 2001. He last voiced Garfield for an automobile commercial that year.

Music voiced characters for shows such as TaleSpin as Sgt. Dunder, The Real Ghostbusters as the original voice of Peter Venkman, Disney's Adventures of the Gummi Bears as Tummi Gummi, Fluppy Dogs as Ozzie the Green Cool Fluppy, Pac-Man, Pound Puppies as Teensy in the season 2 episode Little Big Dog, and Darkwing Duck. In the mid-1990s, after Garfield and Friends, Darkwing Duck and Disney's Adventures of the Gummi Bears concluded, Music retired from cartoon voice acting.

During the 1980s, Music also did voice-overs for many commercials for prime-time TV, such as Larry the Crash Test Dummy in the "You Could Learn a Lot from a Dummy" public safety announcements sponsored by the U.S. Department of Transportation and for Florida grapefruit juice, a lesser known series of commercials extolling Florida agriculture as opposed to the more popular "Florida orange juice" commercials.

In keeping with his beliefs in Subud and emphasis on charity, Music frequently volunteered his time on a suicide hotline. Music recalled that sometimes a caller would change his tone: "I am bankrupt, my wife ran off with another man...Hey, you sound just like that cat on TV!"[5]

In 1996, Music's voice could be heard on Stan Freberg's Stan Freberg Presents the United States of America Volume Two album, released as a CD by Rhino Records. Music appeared on the album as James Madison and Robert E. Lee. Music also appeared as an intercom announcer on an episode of The Drew Carey Show.[]

In the early 1990s, he served as the voice-over for commercials for Ore Ida Potatoes and Fruit and Cream Strawberry Twinkies. He later served as the pitchman for Ruggles Ice Cream (a local brand from Orrville, Ohio). Music continued his role of Garfield for commercials and several PC games, such as Garfield's Mad About Cats, through the 1990s and early 2000s. His last appearance as the voice of Garfield was for an automobile commercial in 2001.[]

Music was married to composer/writer Henrietta Music; together they had four children.[1][6]

Music died from complications related to lung and bone cancer on August 4, 2001. He was 64.[1] He was cremated and his ashes were scattered at sea.

Since Music's death, Frank Welker has often replaced him as the voice of Garfield in recent productions of the Garfield franchise including three fully-CGI films: Garfield Gets Real, Garfield's Fun Fest, and Garfield's Pet Force and the CGI animated series, The Garfield Show. Also, Bill Murray was chosen to voice Garfield in the live-action/animated films Garfield: The Movie and Garfield: A Tail of Two Kitties. Music voiced Murray's character of Peter Venkman in The Real Ghostbusters. Meanwhile, Frank Welker also provided the voices of Ray Stantz and Slimer on The Real Ghostbusters. 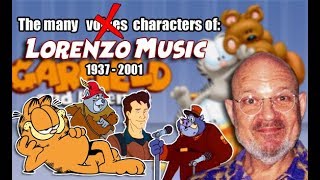 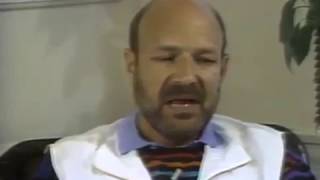 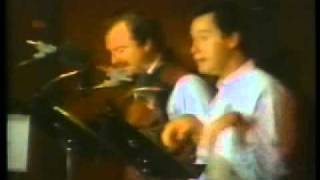 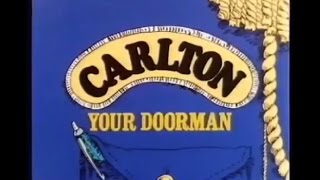 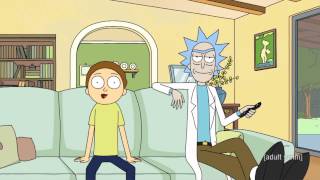 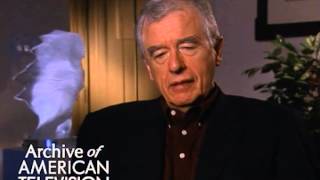 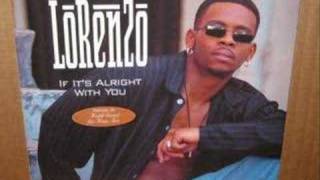 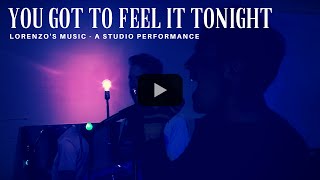 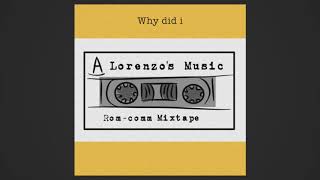 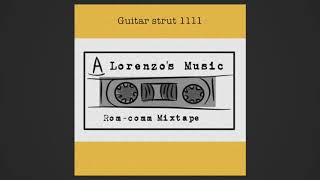 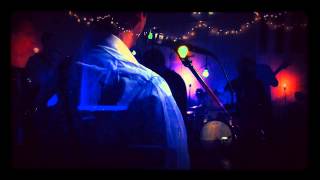 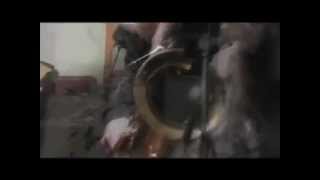 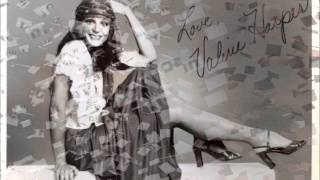 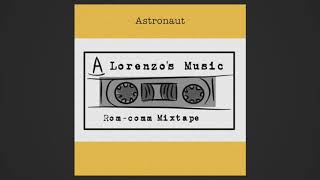 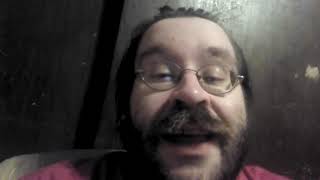 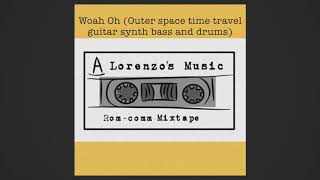 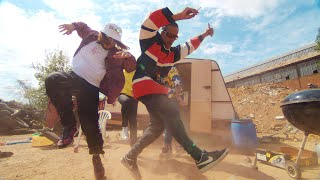