Landover is an unincorporated community and census-designated place in Prince George's County, Maryland, United States.[1] As of the 2010 census it had a population of 23,078.[2]

Landover was named after the town of Llandovery, Wales.[3]

For the 2000 census, Landover was delineated by the U.S. Census Bureau as the Greater Landover census-designated place.

Giant Food has its headquarters in a location in unincorporated Prince George's County in the Ardwick Industrial Park area, near Landover.[10] The Giant Food Headquarters is located next to the New Carrollton Metro Station. It is served by the F13 metrobus shuttle that goes from the Cheverly Metro station to Washington Business Park.

Beall's Pleasure and Ridgley Methodist Episcopal Church are listed on the National Register of Historic Places.[11] A Harlem Renaissance Festival occurs at Kentland-Columbia Park Community Center in Landover every year in May.[12] In 2014, the National Archives for Black Women's History was controversially relocated from Washington, D.C., to 3300 Hubbard Road in Landover.[13][14]

FedExField, the home field of the NFL's Washington Football Team.

FedExField is a football stadium for the Washington Football Team of the National Football League in the neighboring CDP of Summerfield and has a Landover postal address.[15][16] (See also Raljon, Maryland.) The Washington Wizards and Washington Capitals used to play in Landover's US Airways Arena (Formerly known as the Capital Centre) before moving to the Capital One Arena, inside D.C itself. The arena was demolished in 2002.[17]

Prince George's County Police Department headquarters, which is also District 3 Station,[20][21] is in the Palmer Park area in Landover CDP.[4][6]

The U.S. Postal Service operates the Landover Post Office in the CDP.[6][22]

Landover is a part of the Prince George's County Public Schools system.[6]

When desegregation busing began in 1972, PG County school officials bused many black children in Landover to schools with large numbers of white students in other areas of the county. Since then many schools in the Landover area had closed. David Nakamura of the Washington Post stated that many Landover residents believed that desegregation busing contributed to the socioeconomic decline of Landover. In 1998 the busing program was abolished due to a settlement in federal court.[27]

Matthew Henson Elementary School was previously in the CDP.[28] It was scheduled to close in 2009.[29] In 2012 EXCEL Academy agreed to open a charter school in the former Henson space,[30] and it moved from its previous campus in Riverdale.[31]

Landover had career-based colleges, such as Fortis College,[32] that offer programs including bio-technician, medical assisting, and medical coding and billing. Landover is one of the few regions in the Washington, D.C. area that is served directly by two separate Washington Metro rail lines. Landover is served by both the Orange and Blue lines (many DC area suburbs are not served directly by Metrorail at all). The Landover Washington Metro station serves the northern portion of Landover on the Orange Line. The Landover Metro Station is also the primary metro station that serves the Landover area. The Morgan Boulevard Metro station, constructed in 2004, serves the southern portion of Landover on the Blue Line and is the main rail terminus providing access to FedExField, which is home to the Washington Football Team in addition to many other sporting and entertainment events. Landover also has a special Metrobus Division also houses many metrobuses that serve routes in Prince George's County, Maryland.

I-495/95, the Capital Beltway, crosses U.S. Route 50 in Landover. The Beltway also has junctions with Maryland Route 202 (Landover Road) and Brightseat Road, which leads directly to FedExField.

Landover was the home of Landover Mall, owned and operated by Lerner Enterprises. Built in 1972, it was the first enclosed mall in the Washington, D.C. metropolitan area to house four high-end retail anchor stores: Garfinkel's, Hecht's (owned by the May company), Woodward and Lothrop (popularly known as Woodies), and Sears. The mall also housed a multiplex movie theater located in the basement of the northeast corridor of the building. Located at the Capital Beltway and Landover Road, the mall neighbored the towns of Palmer Park, Ardmore, Glenarden, and Largo. Palmer Park was the hometown of Olympic boxing champion Sugar Ray Leonard.[33] Garfinkel's closed in 1990, Woodies closed in 1995 and was replaced with a J.C. Penney store that lasted from 1996 to 2001, and Hecht's closed in 2002 with the opening of the Bowie Town Center located in Bowie. The entire mall officially closed in 2003 and was demolished in 2006, with the exception of Sears. Sears closed in 2014 and was later demolished.

With the arrival in 1997 of FedExField, the mall's parking lot is used for overflow parking. In 2007, according to the Washington Post,[34] Prince George's County officials were in the midst of developing plans to transform the area where Landover Mall once stood. County officials propose to build luxury townhouses, trendy stores, and office buildings. The goal of the project is to transform the area into a residential and cultural hub that replicates the Bowie Town Center, and The Boulevard at the Capital Centre; the latter is in Lake Arbor CDP and has a Largo postal address.[35][36] Woodmore Towne Centre, featuring Costco and Wegmans, opened in 2010 in nearby Glenarden. 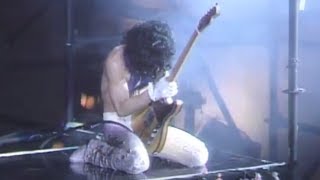 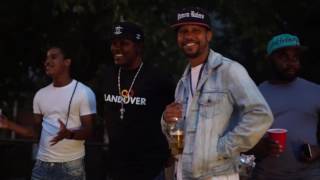 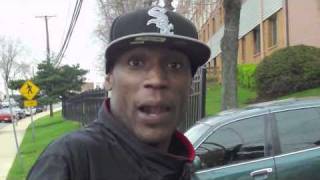 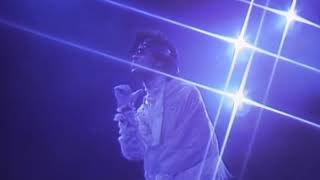 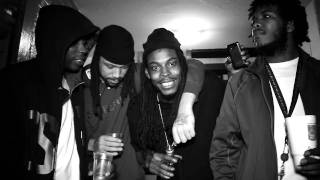 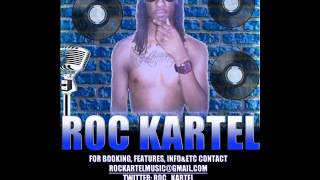 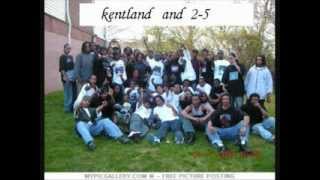 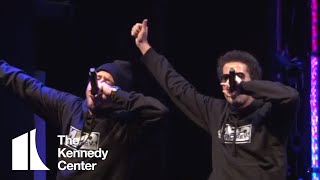 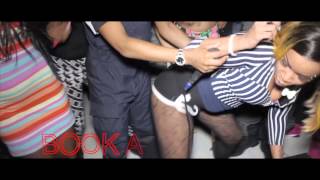 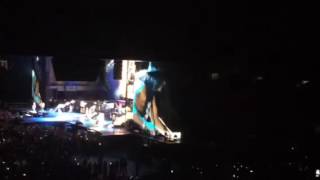 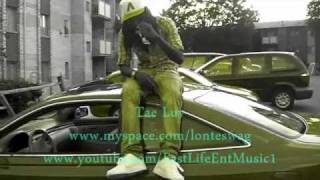 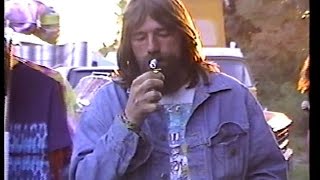 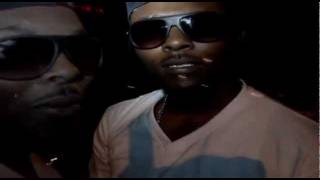 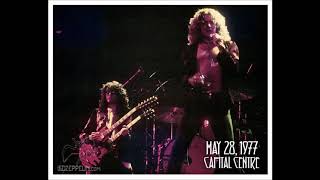 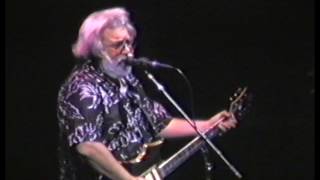 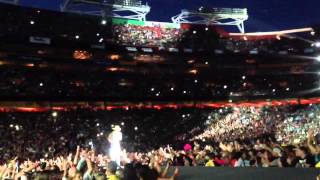 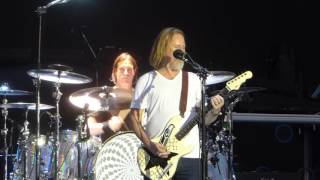 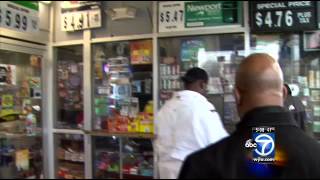