Generally, being landlocked creates some political and economic handicaps that having access to international waters would avoid. For this reason, nations large and small throughout history have sought to gain access to open waters, even at great expense in wealth, bloodshed, and political capital.

The economic disadvantages of being landlocked can be alleviated or aggravated depending on degree of development, surrounding trade routes and freedom of trade, language barriers, and other considerations. Some landlocked countries are quite affluent, such as Andorra, Austria, Liechtenstein, Luxembourg, San Marino, Switzerland, and Vatican City, all of which, excluding Luxembourg, which is a founding member of NATO, frequently employ neutrality in global political issues. The majority, however, are classified as Landlocked Developing Countries (LLDCs).[3] Nine of the twelve countries with the lowest Human Development Indices (HDI) are landlocked.[4] There are however international initiatives aimed at reducing inequalities resulting from issues such as these. For example, the United Nations Sustainable Development Goal 10 which aims to reduce inequality substantially by 2030.[5]

Historically, being landlocked has been disadvantageous to a country's development. It cuts a nation off from important sea resources such as fishing, and impedes or prevents direct access to maritime trade, a crucial component of economic and social advance. As such, coastal regions, or inland regions that have access to the World Ocean, tended to be wealthier and more heavily populated than inland regions that have no access to the World Ocean. Paul Collier in his book The Bottom Billion argues that being landlocked in a poor geographic neighborhood is one of four major development "traps" by which a country can be held back. In general, he found that when a neighboring country experiences better growth, it tends to spill over into favorable development for the country itself. For landlocked countries, the effect is particularly strong, as they are limited in their trading activity with the rest of the world. He states, "If you are coastal, you serve the world; if you are landlocked, you serve your neighbors."[6] Others have argued that being landlocked has an advantage as it creates a "natural tariff barrier" which protects the country from cheap imports. In some instances, this has led to more robust local food systems.[7][8]

Efforts to avoid being landlocked

Countries thus have made particular efforts to avoid being landlocked, by acquiring land that reaches the sea:

Countries can make agreements on getting free transport of goods through neighbor countries:

Losing access to the sea is generally a great blow to a nation, politically, militarily, and economically. The following are examples of countries becoming landlocked.

The United Nations Convention on the Law of the Sea now gives a landlocked country a right of access to and from the sea without taxation of traffic through transit states. The United Nations has a programme of action to assist landlocked developing countries,[14] and the current responsible Undersecretary-General is Anwarul Karim Chowdhury.

Some countries have a long coastline, but much of it may not be readily usable for trade and commerce. For instance, in its early history, Russia's only ports were on the Arctic Ocean and frozen shut for much of the year. The wish to gain control of a warm-water port was a major motivator of Russian expansion towards the Baltic Sea, Black Sea and Pacific Ocean. On the other hand, some landlocked countries can have access to the ocean along wide navigable rivers. For instance, Paraguay (and Bolivia to a lesser extent) have access to the ocean through the Paraguay and Paraná rivers.

Several countries have coastlines on landlocked bodies of water, such as the Caspian Sea and the Dead Sea. Since these seas are in effect lakes without access to wider seaborne trade, countries such as Kazakhstan are still considered landlocked. Although the Caspian Sea is connected to the Black Sea via the man-made Volga-Don Canal, large oceangoing ships are unable to traverse it.

Landlocked by a single country

Three countries are landlocked by a single country (enclaved countries):

To this group could be added three landlocked territories which are de facto states with no or limited international recognition:[note 1]

A country is "doubly landlocked" or "double-landlocked" when it is surrounded only by landlocked countries (requiring the crossing of at least two national borders to reach a coastline).[19][20] There are two such countries:

After the dissolution of the Holy Roman Empire, the Kingdom of Württemberg became a doubly landlocked state, bordering only Bavaria, Baden, and Switzerland. There were no doubly landlocked countries from the unification of Germany in 1871 until the end of World War I. Liechtenstein bordered the Austro-Hungarian Empire, which had an Adriatic coastline, and Uzbekistan was then part of the Russian Empire, which had both ocean and sea access.

Uzbekistan, which had been part of the Russian Empire and then the Soviet Union, gained its independence with the dissolution of the latter in 1991 and became the second doubly landlocked country.

However, Uzbekistan's doubly landlocked status depends on the Caspian Sea's status dispute: some countries, especially Iran and Turkmenistan, claim that the Caspian Sea should be considered as a real sea (mainly because this way they would have larger oil and gas fields), which would make Uzbekistan only a simple landlocked country since its neighbours Turkmenistan and Kazakhstan have access to the Caspian Sea.

They can be grouped in contiguous groups as follows:[23] 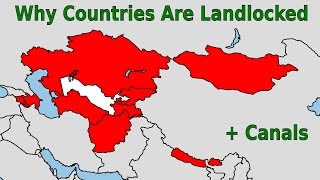 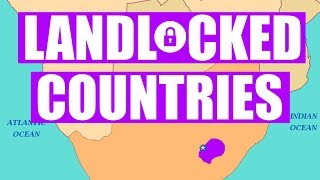 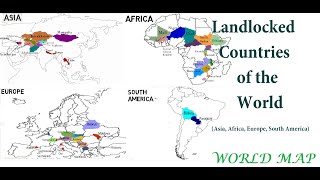 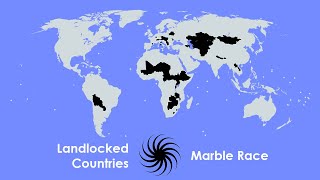 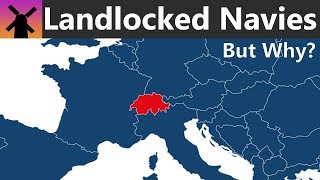 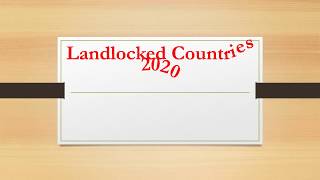 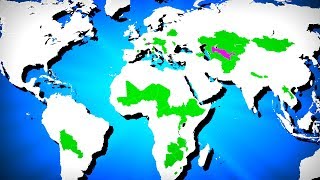 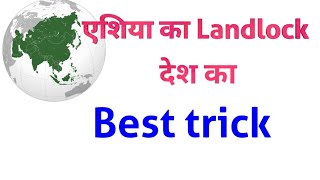 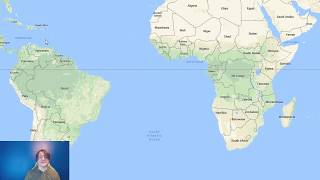 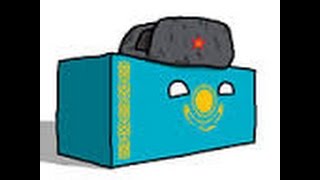 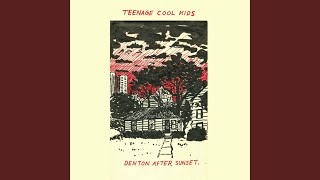 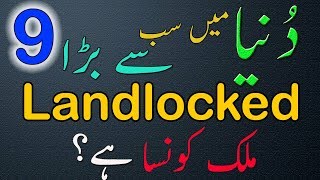 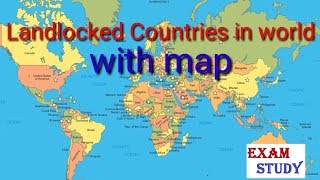 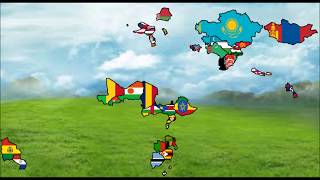 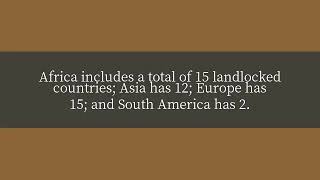 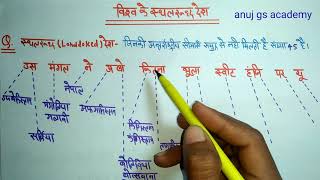 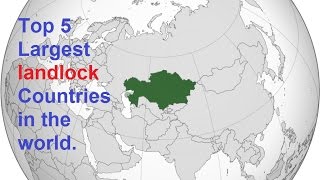 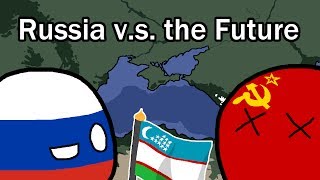