Lafayette (, French: [lafaj?t]) is a city in the U.S. state of Louisiana. The city is the most populous and parish seat of Lafayette Parish,[3] and is located along the Vermilion River. It is Louisiana's fourth largest incorporated municipality by population and the 234th-most populous in the United States, with a 2020 census population of 121,374;[4] the consolidated city-parish's population was 244,390 in 2019.[5][6] The Lafayette metropolitan area was Louisiana's third largest metropolitan statistical area with a population of 489,759 at the 2020 population estimates program,[7] overtaking the Shreveport-Bossier City metropolitan area in 2015.[8]

Originally established as Vermilionville in the 1820s and incorporated in 1836,[9] Lafayette developed as an agricultural community until the discovery of oil in the area in the 1940s; since the discovery of oil, the city and parish have had the highest number of workers in the oil and natural gas industry in Louisiana as of 2018.[10] With the establishment of the University of Louisiana System's Lafayette campus, and the diversification of its economy, Lafayette and its metropolitan area have experienced population growth and became nicknamed "The Hub City".[11] Culturally, the city and parish of Lafayette are also known as the "Heart of Acadiana".[12]

The city, metropolitan area and Acadiana region are major centers for the technology industry,[13][14] and home to the University of Louisiana at Lafayette, the second largest public research university in Louisiana. Lafayette is also a major center for health care and social services, aerospace, banking and retail.[15] Notable corporations with headquarters or a large presence in the Lafayette area include the Ochsner Health System,[16] IberiaBank,[17] Rouses Market,[18] Petroleum Helicopters International,[19] Amazon,[20][21] Brookshire Grocery Company,[22] JP Morgan Chase, Albertsons,[23] Perficient, and CGI.[24] The Lafayette area is home to a diverse population from Louisiana Creole and Cajun backgrounds,[25] and was named the "Happiest City in America" in 2014.[26][27]

Lafayette is named after Marquis de Lafayette.[28] Little is known about early settlements or if the area had a different name prior to European colonization. The city was originally founded in 1821 as Vermilionville.

The Attakapa Native Americans inhabited this area at the time of the first European encounter. French colonists founded the first European settlement, Petit Manchac, a trading post along the Vermilion River.[29] In the mid-to-late eighteenth century, numerous Acadian refugees settled in this area,[30] after being expelled from Canada after Great Britain defeated France in the Seven Years' War.[31] They intermarried with other settlers, forming what became known as Cajun culture, which maintained use of the French language and adherence to the Roman Catholic Church.[32][33]

Jean Mouton, an Acadian settler, donated land to the Roman Church for construction of a small Catholic chapel at this site. In 1824, this area was selected for the Lafayette Parish seat and was named Vermilionville,[9] for its location on the river; in 1836, the Louisiana State Legislature approved its incorporation.

The area was initially developed by Europeans for agriculture, primarily sugar plantations, which depended on the labor of numerous enslaved Africans and African Americans. They made up a large percentage of the antebellum population.[29] According to U.S. census data in 1830, some 41% of the population of Lafayette Parish was enslaved.[34] By 1860, the enslaved population had increased to 49.6%. Some free people of color lived in Lafayette Parish, as well;[35][36] they made up 3%, to a low of 2.4% between 1830 and 1860.

In 1884, Vermilionville was renamed for General Lafayette, a French aristocrat who had fought with and significantly aided the Continental Army during the American Revolutionary War.[37] The city and parish economy continued to be based on agriculture into the early 20th century. After the American Civil War, most of the labor was done by freedmen, who worked as sharecroppers. From the 1930s, mechanization of agriculture began to reduce the need for farm workers.[38]

Since the latter half of the 20th century, Lafayette has hosted the Festivals Acadiens et Créoles, and was candidate as site for the New Orleans Pelicans NBA G League team in 2017.[40]

In 1992, the city and parish consolidated;[41][42][43][44] the city's boundaries encompassed the entirety of Lafayette Parish, though incorporated municipalities continued to operate with their own municipal governments and departments. Since the beginning of the 21st century, a committee proposed the deconsolidation of the city and parish.[45][46][47]

The Lafayette area is part of the southwestern Louisiana Prairie Terrace; it is higher and not made of wetlands like much of the surrounding areas to the south and west of Lafayette. Lafayette does not suffer significant flooding problems, outside of local flash flooding. Lafayette has developed on both sides of the Vermilion River. Other significant waterways in the city are Isaac Verot Coulee, Coulee Mine, Coulee des Poches, and Coulee Ile des Cannes, which are natural drainage canals that lead to the Vermilion River.[49]

Lafayette has maintained a modest downtown skyline throughout much of its history; in 2021, two high-rise towers were planned for the downtown area, the latest addition in over 40 years.[57] This follows efforts to redevelop the downtown area in the 2010s.[58][59] In common with Louisiana's religious demographic as part of the Bible Belt, the Lafayette consolidated city-parish and metropolitan area are majority religious (78.6% and 71%), dominated by Christianity.[71] As of 2021, the Catholic Church was the single largest Christian denomination (46.4%), and Protestants were the largest collective Christian group. Among Protestant Christians, Evangelical Protestantism was the largest transdenominational body and historically Black or African American churches were the second largest. Mainline Protestantism remained a minority.

Owing in part to Spanish and French colonialism and missionary work, Christians are primarily served by the Latin Church's Roman Catholic Diocese of Lafayette in Louisiana. The Roman Catholic Diocese of Lafayette in Louisiana was founded in 1918 and its see is the Cathedral of Saint John the Evangelist.[72] Baptists were the second largest individual Christian denomination (17.8%). The most prominent Evangelical Baptist denomination in the Lafayette area as of 2021 is the Southern Baptist Convention.[73] The National Baptist Convention, USA, Inc. and National Baptist Convention of America were the largest historically Black or African American Baptist denominations. Independent Baptist churches also have a significant presence in the metropolitan area.[74]

Pentecostals made up the third largest Christian community in Lafayette (3.6%), and have been primarily served by the Church of God in Christ and Assemblies of God USA.[75][76] Following, Methodists, Episcopalians or Anglicans, Mormons, Lutherans, and Presbyterians formed the remaining mainstream Christian population of Lafayette and its metropolitan area. Christians of other faiths including the Jehovah's Witnesses, united and uniting churches,[77] and Independent Sacramental Movement collectively formed 5.6% of the population.

In 2021, Judaism and Islam were tied as the second largest non-Christian religions within Lafayette and its metropolitan area (0.1% each). Jews began immigrating to the area in the 1800s,[78] and one of Louisiana's oldest continuously-operated synagogues (Temple Shalom) has been present in the city since 1869. The historic synagogue of Temple Shalom originally functioned as an Orthodox Jewish congregation before joining the Reform Judaism movement.[79] Lafayette's Jewish community has assisted in economic and cultural development of the area since their arrival.[80]

Lafayette is home to a large Roman Catholic population. They support many private parochial schools, including kindergarten through 12th grade.

Lafayette has one university, one community college, and two vocational colleges.

It is also home to the Lafayette campus of the Academy of Interactive Entertainment, a technical college that specializes in video game programming, art and animation, and SFX.

Since the consolidation of city and parish governments in 1992, Lafayette's chief executive is known as the mayor-president. Republican Josh Guillory was elected to this office most recently.[85]

Some neighboring municipalities have adopted their own planning and zoning protocols. The suburban and rural cities and towns maintain independent city councils, local executives, police and fire departments, and other public services. The LPSS operates independently of any municipality, and its jurisdiction is coterminous with the Parish of Lafayette.[87]

Lafayette is also home to a regional office of the Louisiana Department of Environmental Quality, and the headquarters of the Council for the Development of French in Louisiana, the state agency that oversees preservation and documentation of Louisiana French for tourism, economic development, culture, education, and the development of international relations with other Francophone regions and countries.[88]

Note: City Police and Parish Sheriff's office were not combined during consolidation.

Lafayette is home to the National Guard headquarters of the 256th Infantry Brigade, a military unit of more than 3,000 soldiers. The unit served in Iraq in 2004-2005. The brigade was deployed again in January 2010.[89]

Lafayette is served by Lafayette Utilities System (LUS), a city-parish government-run, publicly owned utility company. This water and electricity utility was created in 1897.[90][91]

In 2009, LUS installed infrastructure for a fiber telecommunications network. Called LUSFiber, the network provides digital cable, telephone service, and high-speed internet to all households in Lafayette.[92]

Cable television service in Lafayette is provided by Cox Communications. LUS provides FTTH video services through LUSFiber. DirecTV and Dish Network both include Lafayette TV stations in their local packages.[]

Downtown Lafayette from the air Lafayette is the location of the last remaining Borden's Ice Cream outlet in the United States.

Cultural organizations include the Acadiana Symphony Orchestra and Conservatory of Music, Chorale Acadienne, Lafayette Ballet Theatre and Dance Conservatory, the Lafayette Concert Band, and Performing Arts Society of Acadiana; as well as the Paul and Lulu Hilliard University Art Museum and the Acadiana Center for the Arts.

The 2018 television film, The Christmas Contract, set in Lafayette, features many Cajun Christmas customs. In the story line, Jolie Guidry (Hilarie Burton) dreads returning to her home town when she learns that her former boyfriend, Foster Broussard (Hunter Burke) will be present at social gatherings with his new love interest. Jolie persuades Jack (Robert Buckley) to be her "contracted" escort in Lafayette. Then romance blossoms between Jolie and Jack. Bruce Boxleitner plays Jolie's father, Tim.[93]

Lafayette is home to the Louisiana Ragin' Cajuns, the athletic teams of the University of Louisiana at Lafayette. It is home to the Bayou Hurricanes, a semiprofessional football team that plays at Clark Field. Between 1995 and 2005, Lafayette was home to the Louisiana IceGators ECHL hockey team. In 2009, the IceGators returned as a member of the Southern Professional Hockey League until 2016. Also from 2009 to 2012, Lafayette was home to the Lafayette Wildcatters of the Southern Indoor Football League. It is also home to the Lafayette Bayou Bulls, a semipro football program started in 2003. Lafayette is also home to the Acadiana Cane Cutters, a summer-league baseball team. The team plays its games at Fabacher Field and is a member of the Texas Collegiate League. The Lafayette SwampCats (1997-1999) and Lafayette Swamp Cats (2000-2004) soccer teams played in the city. The Cajun Soccer Club of the Gulf Coast Premier League was founded in 2013. The Acadiana Rollergirls of the Women's Flat Track Derby Association is a roller derby league in Lafayette. The Lost Bayou Ramblers at the Blue Moon Saloon

Lafayette is served by Cox Communications and by LUS's LUSFiber.[97]

Lafayette is home to:

Lafayette is also served by:

Six intersections in the downtown area are each named after one of its sister cities.[] 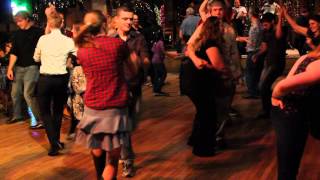 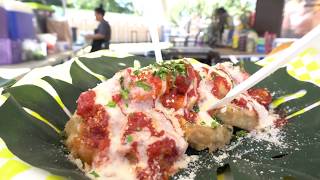 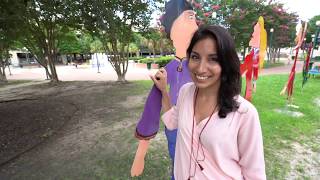 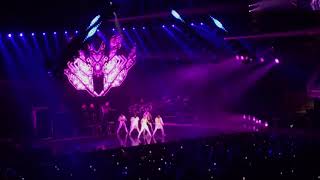 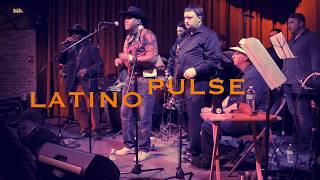 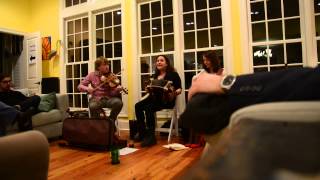 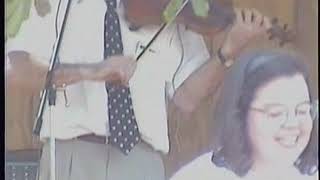 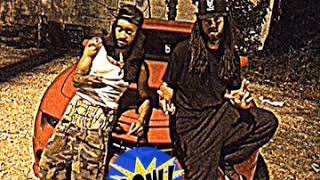 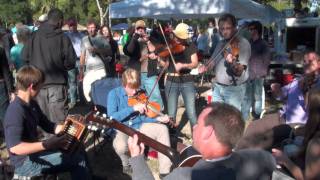 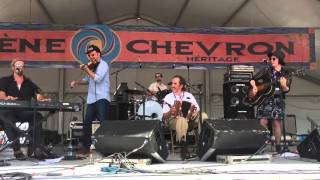 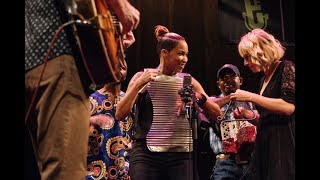 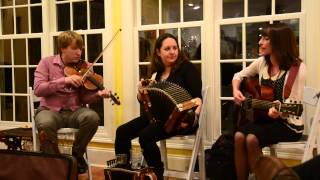 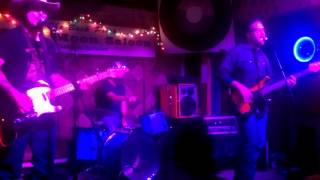 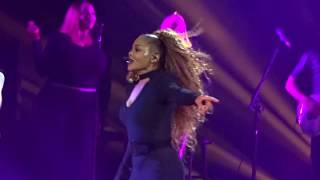 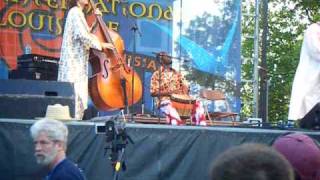 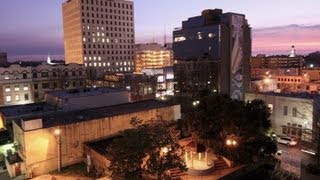 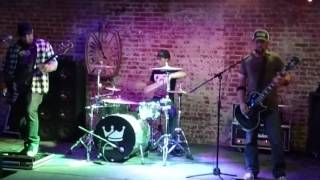