Kenneth Bruce Gorelick (born June 5, 1956), known professionally as Kenny G, is an American jazz saxophonist. His 1986 album, Duotones, brought him commercial success.[1] Kenny G is one of the best-selling artists of all time, with global sales totaling more than 75 million records.[2]

Kenny G was born in Seattle, Washington. His mother was from Saskatchewan, Canada. He came into contact with the saxophone when he heard a performance on The Ed Sullivan Show.[1] He started playing saxophone, a Buffet Crampon alto, in 1966 when he was 10 years old.[3]

Kenny G attended Whitworth Elementary School, Sharples Junior High School, Franklin High School, and the University of Washington, all in his home city of Seattle. When he entered high school he failed at his first attempt to get into the jazz band but auditioned again the following year and earned first chair.[4][5] His Franklin High School classmate Robert Damper (piano, keyboards) plays in his band.[6][7] In addition to his studies while in high school, he took private lessons on the saxophone and clarinet from Johnny Jessen, once a week for a year.

He was also on his high school golf team. He has been a fan of the sport since his elder brother, Brian Gorelick, introduced him to it when he was ten.[5]

Kenny G signed with Arista Records as a solo artist in 1982, after label president Clive Davis heard his rendition of ABBA's "Dancing Queen".[9] He released his self-titled first album with the help of The Jeff Lorber Fusion. The album received warm reviews from critics. He achieved success quite early on, with both G Force and Gravity, his second and third studio albums respectively, achieving platinum status in the United States. At that time, he collaborated with Kashif on many tracks, such as the single "Love on the Rise", which was released in 1985 and went on to chart. His fourth studio album, Duotones, sold over five million copies in the U.S. alone. It featured the songs "Songbird", with reached No. 4 on the Billboard Hot 100. The single "Don't Make Me Wait for Love", which featured vocals from Lenny Williams, charted at No. 15 on the Hot 100, and No. 2 on the Adult Contemporary charts in 1987. Kenny G worked in the mid-to-late 1980s with jazz and R&B artists such as George Benson, Patti LaBelle and Aretha Franklin. The 1987 hit-single "Love Power", a Dionne Warwick duet with Jeffrey Osborne that featured G as a guest saxophonist, peaked at No. 12 on the Billboard Hot 100, and No. 5 on R&B/Hip-Hop songs. His first live album, titled Kenny G Live, included popular songs, among which "Going Home" achieved great success in the People's Republic of China. Kenny G has collaborated with a wide variety of artists, such as Andrea Bocelli,[12]Aaron Neville, Toni Braxton, DJ Jazzy Jeff & The Fresh Prince,[13]Natalie Cole,[14]Steve Miller,[15]Weezer, Dudley Moore, Lee Ritenour, The Rippingtons, Michael Bolton, Celine Dion, Frank Sinatra, Bebel Gilberto and Smokey Robinson.[12] Influenced by saxophonist Grover Washington Jr., his albums are usually classified as smooth jazz.

1990s: Worldwide acclaim with Breathless, Miracles and The Moment

Kenny G has worked on several film soundtracks, including Dying Young and The Bodyguard. The song "Theme for Dying Young", written for that movie, was nominated for a Best Pop Instrumental Performance. Kenny G co-wrote the soundtrack of The Bodyguard, starring Kevin Costner and Whitney Houston, and performed his own song "Waiting for You" as well as his single "Even If My Heart Would Break". His music was also included in The Shadow and Miracle on 34th Street.

His sixth studio album, Breathless, was released in 1992, and went on to become the best-selling instrumental album ever, with over 15 million copies sold worldwide, selling 12 million copies in the United States alone. The album included many hits such as "Forever in Love", the recipient of the Grammy Award for the Best Instrumental Composition and which charted in the Billboard Year-End Hot 100. "Sentimental" charted at No. 27 on the Adult Contemporary Chart, and "By the Time This Night Is Over", a collaboration with Peabo Bryson, peaked at No. 25 on the Hot 100. His first holiday album, Miracles, sold over 13 million copies, making it the most successful Christmas album to date.[11] He also performed the "National Anthem of the United States" at the 1994 FIFA World Cup closing ceremony at the Rose Bowl in Pasadena, California, on July 17, 1994.[16] Kenny G earned a place in the Guinness Book of World Records in 1997 for playing the longest note ever recorded on a saxophone. Using circular breathing, Kenny G held an E-flat for 45 minutes and 47 seconds at J&R Music World in New York City.[17] The same year, his song "Havana", from the album The Moment, was remixed by Todd Terry and Tony Moran and released to dance clubs in the U.S. The mixes went to No.1 on the Billboard Dance/Club Play Songs chart in April 1997.[18]

Kenny G's second holiday album, Faith, is the best selling holiday album of 1999 in the United States selling 2 million units according to Nielsen/SoundScan. The singles taken from the album, the traditional "Auld Lang Syne", reached No. 7 on the Hot 100. His rendition of "Auld Lang Syne" was, at the time of charting, popularized by the then-upcoming New Year celebration for 2000. At the time of its peak, it was also the oldest-written song to make the Hot 100 charts.[19]

In February 2000, Kenny G was invited to the White House and performed for state governors and members of the Clinton Cabinet.[20]

He released his eighth studio album, Paradise in 2002. The album featured R&B singer Brian McKnight, and included the single "One More Time", a duet with Chanté Moore.

On At Last...The Duets Album, he collaborated with friends and colleagues David Sanborn, David Benoit, Daryl Hall, lead singer of Hall & Oates, Burt Bacharach, and Barbra Streisand. It includes covers such as Careless Whisper, and Elton John's "Sorry Seems to Be the Hardest Word", a collaboration with Richard Marx. The album is certified Gold in the US. Kenny G playing in Shanghai in 2007

2006 saw the release of Kenny G's eleventh studio album I'm in the Mood for Love...The Most Romantic Melodies of All Time featuring renditions of The Beatles's songs, the love theme from Shakespeare's Romeo and Juliet, the Secret Garden's hit song "You Raise Me Up", and James Blunt's "You're Beautiful", as well as the Chinese ballad "The Moon Represents My Heart".

In October 2009, Kenny G appeared with the band Weezer in an AOL promotion of their album Raditude by soloing during "I'm Your Daddy". Kenny G said he knew nothing of Weezer before the performance.[22] Though some music critics thereby rejoined in the common criticism of his work,[23][24] the unlikely combination was fairly well received by AOL's magazines Spinner.com and Popeater.com.[22][25]

His 2010 album Heart and Soul is strongly influenced by R&B, featuring Robin Thicke and his long-time collaborator Babyface. It received positive reviews from critics.

In February 2011, Kenny G appeared in the Super Bowl XLV ad for Audi called "Release the Hounds".[26] He starred in a short as Head of Riot Suppression for a luxury Prison.[27]

He made an appearance in the music video for Katy Perry's single "Last Friday Night (T.G.I.F.)" as Uncle Kenny. On the October 8, 2011 episode of Saturday Night Live, he performed with alternative rock band Foster the People on the song "Houdini".

His Brazilian Nights was announced on October 28, 2014. The album was inspired by Cannonball Adderley's bossa nova recordings, Paul Desmond, and Stan Getz. The album was released in January 2015.[29] It helped Kenny G get back to the Billboard 200 at number 86. He started The Brazilian Tour for the album, traveling throughout North America and Asia throughout the year.

Kenny G posted Twitter images of his visit to the site of the 2014 Hong Kong protests, which the PRC government has declared illegal, saying, "I wish everyone a peaceful and positive conclusion to this situation". The feed provoked an immediate angry reaction from the Chinese foreign ministry. Kenny G issued a clarification, "I don't really know anything about the situation and my impromptu visit to the site was just part of an innocent walk around Hong Kong...I only wanted to share my wish for peace for Hong Kong and for all of China as I feel close to and care about China very much".[30][31][32][33]

In February 2017, Kenny G was satirized by Andy Samberg in the Netflix program "Michael Bolton's Big, Sexy Valentine's Day Special". At the end of the scene, Kenny G appears as a janitor.[34] He competed in an episode of Drop the Mic against country singer Jake Owen.[35]

Kenny G has recorded Chinese songs, such as "Jasmine Flower" () and "The Moon Represents My Heart" (?).[36]

Since 1989, Kenny G's recording "Going Home" from the Kenny G Live album has become an unconventional mega-hit throughout China: It has become the unofficial national closing song for businesses such as food courts, outdoor markets, health clubs, shopping malls and train stations throughout the country.[37] Many businesses begin piping the music over their loudspeakers shortly before closing at night. Television stations also play the song before ending their evening broadcasts. Many Chinese, when asked, say they associate the song with the need to finish their activity or business and go home (although they may not even know the name of the song or its artist).[38][30]

Kenny G has attracted significant criticism from mainstream jazz musicians and enthusiasts. Pat Metheny stated he was a "pop" saxophonist "but was not really an advanced player, even in that style", adding that he had "major rhythmic problems" and his "harmonic and melodic vocabulary was extremely limited, mostly to pentatonic based and blues-lick derived patterns". Metheny believes the main reason Kenny G has become unpopular is "he sells an enormous amount of records while not being anywhere near a really great player in relation to the standards that have been set on his instrument over the past sixty or seventy years".[39]Branford Marsalis once stated in an interview with Jazziz magazine: "When all these jazz guys get in a tizzy over Kenny G, they need to leave Kenny alone. He's not stealing jazz. The audience he has wouldn't be caught dead at a real jazz concert or club. It's not like some guy says, 'You know, I used to listen to Miles, Trane and Ornette. And then I heard Kenny G, and I never put on another Miles record.' It's a completely different audience".[40]

Kenny G's 1999 single "What a Wonderful World" was criticized for its overdubbing of Louis Armstrong's recording. The primary criticism is that a recording by Armstrong, known especially for improvisation, should not be altered by a musician whose range and depth of understanding was already in question.[41][42][43][44][45] Some columnists suggested Kenny G's recording exposed more fans to real jazz, but the response to his recording tended to be negative.[46]

Kenny G built a house in Hunts Point, Washington, in 1996 which he sold in 1999 to Craig McCaw.[55] Kenny G now lives in Malibu, California.[56] He is an avid golfer and has a handicap of +0.6.[4] He has participated in the AT&T Pebble Beach National Pro-Am tournament seven times as of 2007 and teamed with Phil Mickelson to share the AT&T pro-am title in 2001 with the team of Tiger Woods and Jerry Chang.[5] In the Golf Digest rankings of Top 100 in Music, according to golf handicap indexes of major musicians, he was first in 2006[4] and second in 2008.[57] He is a member at Sherwood Country Club in Thousand Oaks, California.[58]

Kenny G is an aircraft pilot and has a De Havilland Beaver seaplane that he flies regularly.[59] He was also an early investor in the Starbucks coffee house chain.[60] 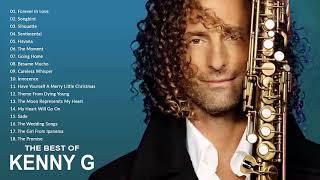 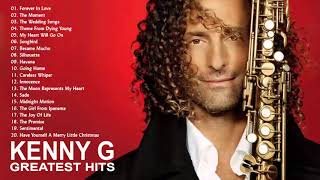 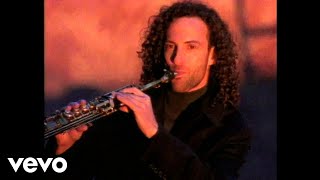 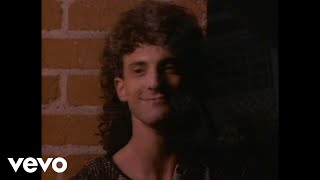 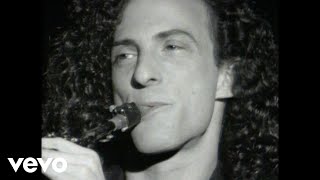 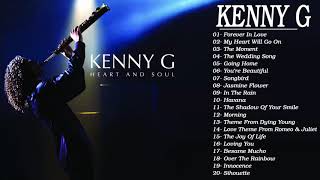 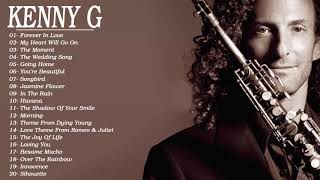 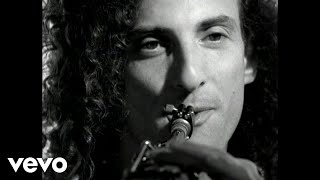 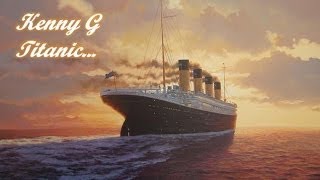 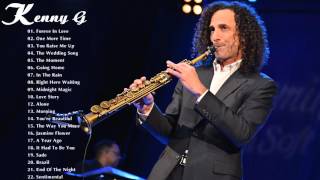 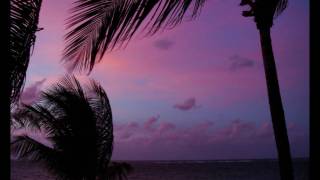 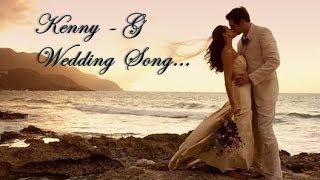 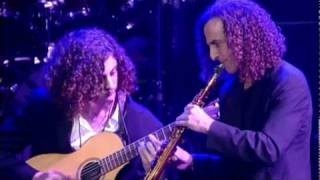 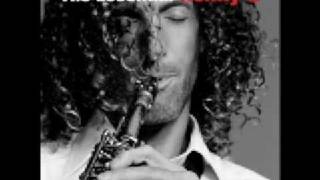 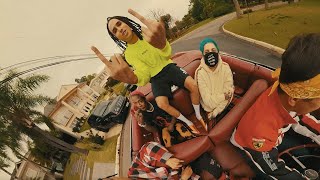 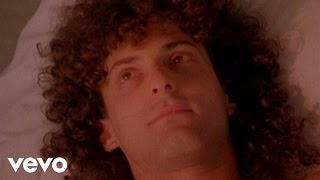