An independent record label (or indie label) is a record label that operates without the funding of major record labels; they are a type of small to medium-sized enterprise, or SME. The labels and artists are often represented by trade associations in their country or region, which in turn are represented by the international trade body, the Worldwide Independent Network (WIN).

Many of the labels started as producers and distributor of specific genres of music, such as jazz music, or represent something new and non-mainstream, such as Elvis Presley in the early days. Today, music appearing on indie labels is often referred to as indie music, or more specifically by genre, such as indie hip-hop.

Independent record labels are small companies that produce and distribute records.[1] They are not affiliated with or funded by the three major records labels. According to SoundScan and the Recording Industry Association of America, indie labels produce and distribute about 66% of music titles, but only account for 20% of sales.[]

Many artists begin their careers on independent labels.[2]

Other nominally independent labels are started and sometimes run by artists on major labels but are still fully or partially owned by the major label. These labels are frequently referred to as vanity labels or boutique labels, and are intended to appease established artists or allow them to discover and promote newer artists.

According to the Association of Independent Music, "A 'major' is defined in AIM's constitution as a multinational company which (together with the companies in its group) has more than 5% of the world market(s) for the sale of records or music videos. The majors are (currently) Sony, Warner and the Universal Music Group (which as of 2012 incorporates EMI)... If a major owns 50% or more of the total shares in a company, that company would (usually) be owned or controlled by that major."

Independent labels have historically anticipated developments in popular music, beginning with the post-war period in the United States.[3] Disputes with major labels led to a proliferation of smaller labels specializing in country, jazz, and blues. Sun Records played an important part in the development of rock 'n' roll and country music, working with artists such as Elvis Presley, Carl Perkins, Johnny Cash, Jerry Lee Lewis, Roy Orbison, and Charlie Rich.[3] These independent labels usually aimed their releases at a small but loyal audience. They relied less on mass sales and were able to provide artists much more opportunity for experimentation and artistic freedom.[]

In the late 1940s and into the 1950s, the American music business changed as people began to more quickly learn the industry. Several companies set up their own recording studios, and the number of label owners began to increase. Many of these owners realized that whichever label first publishes a song is legally entitled to receive compensation for every record sold. Following the original pioneers of the music industry, many new labels were launched over the following decades by people with industry experience. During the 1980s and 1990s, many rap labels were started by artists looking for new talent. Madonna is one example of an established artist who helped launch the career of newer artists with her Maverick label.[]

In the United Kingdom during the 1950s and 1960s, the major labels EMI, Philips, and Decca had so much power that smaller labels struggled to establish themselves. Several British producers launched independent labels, including Joe Meek (Triumph Records), Andrew Oldham (Immediate Records), and Larry Page (Page One Records).[3]Chrysalis Records, launched by Chris Wright and Terry Ellis, was perhaps the most successful independent label from that era. Several established artists started their own independent labels, including The Beatles' Apple Records, and The Rolling Stones' Rolling Stones Records. These labels tended to fail commercially or be acquired by the major labels.[3][4]

The UK Indie Chart was first compiled in 1980.[5] The chart was unrelated to a specific genre, and the chart featured a diverse range of music, from punk to reggae, MOR, and mainstream pop, including songs by artists like Kylie Minogue and Jason Donovan on the PWL label.[]

The late 1970s had seen the establishment of independent distribution companies such as Pinnacle and Spartan, providing independent labels an effective means of distribution without involving the major labels. Distribution was further improved with the establishment of 'The Cartel', an association of companies such as Rough Trade Records, Backs Records, and Red Rhino, which helped to take releases from small labels and get them into record shops nationwide.[5] The UK Indie Chart became a major source of exposure for artists on independent labels, with the top ten singles regularly aired on the national television show The Chart Show. By the late 1980s, the major labels had identified an opportunity to establish new artists using the indie chart, and began setting up subsidiary labels that were financed by the major labels but distributed independently. This allowed the major labels to effectively push the indie labels out of the market, and the independent chart became less significant in the early 1990s. The term "alternative" was increasingly used to describe artists, and "indie'" was more often used to describe a broad range of guitar-based rock and pop.[]

The Scouting Party Index of Independent Record Labels (1986) by Norman Schreiber includes a list of over 200 independent record labels, their artists, and examples of their work.[6]

The Offspring's 1994 album, Smash, was as of April 2007[update] the best-selling independent record of all time. The album was certified six times platinum in the United States and sold more than 12 million copies worldwide.[7]

The international peak body for the indie music industry, Worldwide Independent Network, was founded in 2006.[8] WIN is a coalition of independent music bodies from countries throughout the world.[9]

Alison Wenham spent 17 years leading the UK's Association of Independent Music (AIM), which she launched in 1999. During this time she also helped to found WIN in 2006,[8] remaining at WIN for twelve years, with the last two spent as CEO. As a driving force in helping indie labels being able to compete worldwide with bigger companies, Wenham featured in Billboard's "Top Women in Music" every year since publication. She stepped down from her role at WIN in December 2018,[10][8] the following year taking on a non-executive director's role at Funnel Music.[11]

On 4 July 2008, WIN ran "Independents Day", the first annual coordinated celebration of independent music across the world, for which the Australian Independent Record Labels Association created a list of the greatest independent records of all time.[12][13]

In 2016, WIN's WINTEL report, an analysis of the global economic and cultural impact of the indie sector, showed the share of the global market as 37.6%. The sector generated worldwide revenues of US$5.6 billion in 2015.[16]

In Australia, the peak body for the independent music industry is the Australian Independent Record Labels Association, known as AIR, representing about 350 members as of 2019[update].[17]

A 2017 report commissioned by AIR, titled AIR Share: Australian Independent Music Market Report, was the first market analysis of the industry in Australia. It showed that indie labels represented 30% of revenue generated by the Australian recorded music market, and that 57% of independent sector revenue was from Australian artists, which put the Australian sector in the Top 10 global list of mainly English-speaking indie music markets, according to then CEO of WIN (Worldwide Independent Network), Alison Wenham. (By comparison, the US indie market had a 34% share while the UK had 23%.)[16]

The report valued the Australian recording industry as worth A$399.4 million, sixth largest music market in the world in terms of revenue and ahead of countries with higher populations such as Canada and South Korea. Digital revenue, at 44%, had overtaken that coming from physical sales, at 33%. A spokesperson from the company Unified Music Group said that governments were beginning to recognise the financial and cultural worth of a thriving music industry, but there was still a big challenge for the independents to compete with well-funded tech companies that have an anti-copyright agenda.[18] 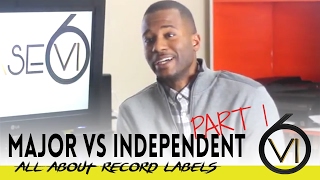 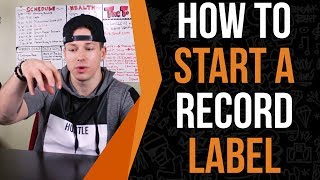 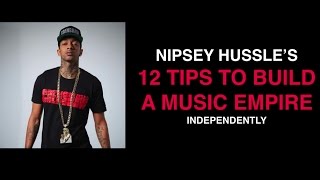 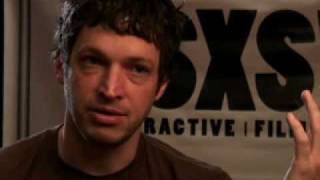 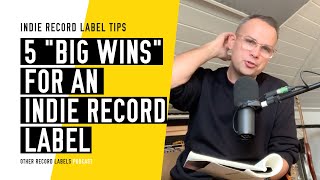 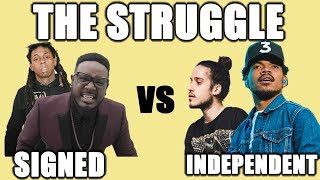 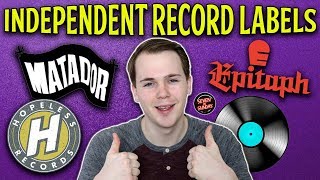 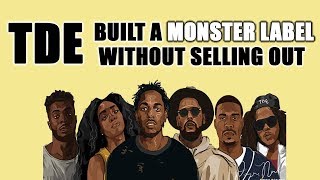 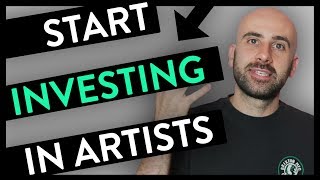 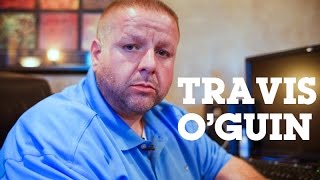 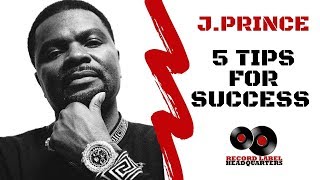 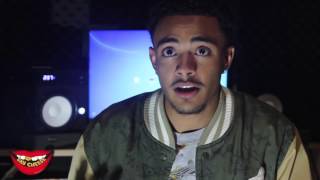 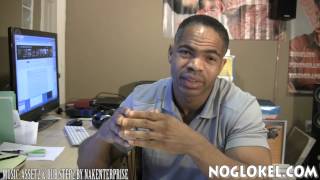 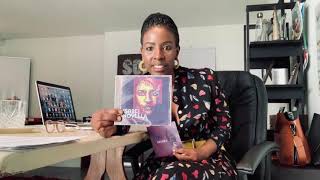 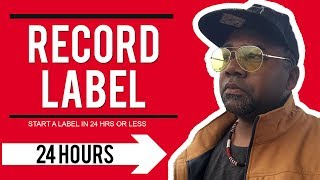 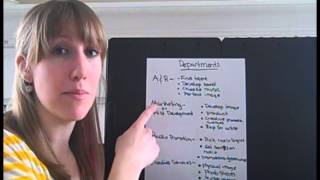 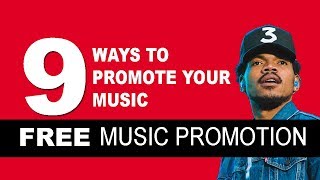 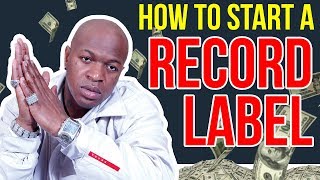 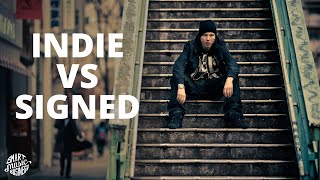 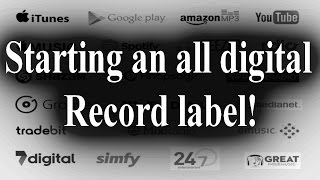