The LenapeNative Americans were the original inhanitants of the area that would later become Hopewell.[22] The first Colonial influence in Hopewell by European settlers was the purchase of a 30,000-acre (120 km2) tract of land by Daniel Coxe a Royal British governor of West Jersey, in the latter half of the 17th century. All land in Hopewell can be traced back to this purchase.[23] In 1691 Coxe, transferred his land to a company called The West Jersey Society of England, who intended to sell the land.[24] The society appointed an agent, Thomas Revell, to preside over the land and sell it to prospective buyers.[25] Revell then attracted settlers from New England, Long Island, and New Jersey falsely claming that the land was fertile, and tame. However, the families that arrived in Hopewell only found vast stretches of wilderness.[26] The first settler in Hopewell Valley was Thomas Tindall who on November 10, 1699, bought a 300-acre (1.2 km2) tract of land from The West Jersey Society of England through Revell, for "ten pounds per hundred acres".[27] Other early settlers in Hopewell are said to be the Stouts, who immigrated from Holmdel to Hopewell in 1706, including Jonathan Stout, who had hunted in the area together with the Lenape.[22][28] Perhaps the first conflict between colonists in Hopewell was the dispute between Revell and the early inhabitants of Hopewell, who realized that their deeds were worthless due to Revell's false claims. Fifty settlers then organized a class action lawsuit against Revell and the West Jersey Society. A lengthy trial was held in Burlington and the court ultimately ruled against the settlers, who were forced to repurchase their land or relocate. Many settlers weren't able to repay and moved north into North Jersey and New York.[29]

On April 23, 1715, the settlers who stayed in Hopewell, most notably the Stout family, organized the Old School Baptist Church, and what is now known as Hopewell was then referred to as "Baptist Meetinghouse".[30][31] One of the most valued members of the meeting house was Declaration of Independence signer John Hart who in 1740 purchased 193 acres (0.78 km2) of land in the north of current day Hopewell, and in 1747 as a sign of Hart's devotion to the Church, donated a plot of his land to the Baptists.[32][33] The next year the Baptists made good use of this land and in 1748 erected their Old School Baptist Church meeting house on West Broad Street. The meeting house brought in Baptists from miles around to Hopewell and encouraged Hopewell's early growth.[34]

Numerous lumber mills were established in and around Hopewell at this time to process the lumber that was generated from the clearing of forests for farms.

In 1756, Isaac Eaton the first pastor of the Old School Baptist Church established the Hopewell Academy. One of his students, James Manning, would go on to establish Brown University in 1765.[35]

The borough is an independent municipality surrounded entirely by Hopewell Township,[38] making it part one of 21 pairs of "doughnut towns" in the state, where one municipality entirely surrounds another.[39][40][41]

According to the Köppen climate classification system, Hopewell Borough, New Jersey has a hot-summer, wet all year, humid continental climate (Dfa). Dfa climates are characterized by at least one month having an average mean temperature = 50.0 °F (>= 10.0 °C), at least one month with an average mean temperature >= 71.6 °F (>= 22.0 °C), and no significant precipitation difference between seasons. During the summer months, episodes of extreme heat and humidity can occur with heat index values >= 100 °F (>= 38 °C). On average, the wettest month of the year is July which corresponds with the annual peak in thunderstorm activity. During the winter months, episodes of extreme cold and wind can occur with wind chill values < 0 °F (< -18 °C). The plant hardiness zone at the Hopewell Borough Municipal Court is 6b with an average annual extreme minimum air temperature of -1.2 °F (-18.4 °C).[42] The average seasonal (November-April) snowfall total is 24 to 30 inches (610 to 760 mm), and the average snowiest month is February which corresponds with the annual peak in nor'easter activity.

According to the A. W. Kuchler U.S. potential natural vegetation types, Hopewell Borough, New Jersey would have an Appalachian Oak (104) vegetation type with an Eastern Hardwood Forest (25) vegetation form.[44]

Hopewell is governed under the Borough form of New Jersey municipal government, which is used in 218 municipalities statewide, making it the most common form of government in New Jersey.[53] The governing body consists of a Mayor and a Borough Council comprising six council members, with all positions elected at-large on a partisan basis as part of the November general election. A Mayor is elected directly by the voters to a four-year term of office. The Borough Council consists of six members elected to serve three-year terms on a staggered basis, with two seats coming up for election each year in a three-year cycle.[7] The Borough form of government used by Hopewell, the most common system used in the state, is a "weak mayor / strong council" government in which council members act as the legislative body with the mayor presiding at meetings and voting only in the event of a tie. The mayor can veto ordinances subject to an override by a two-thirds majority vote of the council. The mayor makes committee and liaison assignments for council members, and most appointments are made by the mayor with the advice and consent of the council.[54][55] All legislative powers of the Borough of Hopewell are exercised by the Borough Council in the form of a resolution, ordinance or proclamation.[56] In 2014, the library began looking for a new space, citing the lack of a parking lot and non-ADA compliant steps an issue with serving the general public.[63] The library estimated that it needed to raise $1.2 million to cover the cost of the new building.[64]

Hopewell Borough is located in the 12th Congressional District[65] and is part of New Jersey's 15th state legislative district.[10][66][67]

For the 2018-2019 session (Senate, General Assembly), the 15th Legislative District of the New Jersey Legislature is represented in the State Senate by Shirley Turner (D, Lawrence Township, Mercer County) and in the General Assembly by Reed Gusciora (D, Trenton) and Verlina Reynolds-Jackson (D, Trenton).[73][74] Reynolds-Jackson was sworn into office on February 15, 2018 to fill the seat of Elizabeth Maher Muoio, who had resigned from office on January 15, 2018 to serve as Treasurer of New Jersey.[75][76]

Public school students in pre-kindergarten through twelfth grade attend the Hopewell Valley Regional School District.[103] The comprehensive regional public school district serves students from Hopewell Borough, Hopewell Township and Pennington Borough.[104][105] As of the 2017-18 school year, the district and its six schools had an enrollment of 3,572 students and 347.5 classroom teachers (on an FTE basis), for a student-teacher ratio of 10.3:1.[106] Schools in the district (with 2017-18 enrollment data from the National Center for Education Statistics[107]) are Bear Tavern Elementary School[108] (439 students; in grades PreK-5), Hopewell Elementary School[109] (436; PreK-5), Stony Brook Elementary School[110] (393; K-5), Toll Gate Grammar School[111] (273; K-5), Timberlane Middle School[112] with 841 students in grades 6-8 and Hopewell Valley Central High School[113] with an enrollment of 1,153 students in grades 9 - 12.[114] Elementary school students from Hopewell Borough attend Hopewell Elementary School. The district's Board of Education is composed of nine members allocated to each of the three municipalities based on population, with Hopewell assigned a single seat.[115]

Eighth grade students from all of Mercer County are eligible to apply to attend the high school programs offered by the Mercer County Technical Schools, a county-wide vocational school district that offers full-time career and technical education at its Health Sciences Academy, STEM Academy and Academy of Culinary Arts, with no tuition charged to students for attendance.[116][117] CR 518 is the primary roadway through Hopewell

Hopewell has four major roads that travel through it.[119]

NJ Transit is planning to restore passenger commuter rail service to Hopewell on the West Trenton Line. NJ Transit plans to use the existing one-track right of way that CSX owns through Hopewell, the former four-track Reading Company Trenton Line. The proposed plan includes double tracking most of the CSX line to increase capacity and construction of a new rail station on Somerset Street. The use of the historic Hopewell Station is not under consideration in this current proposal. The line would connect Hopewell with New York City, as well as Philadelphia via a SEPTA connection in West Trenton and restore service to Hopewell, which ended in 1982.[123][124]

People who were born in, residents of, or otherwise closely associated with Hopewell include: 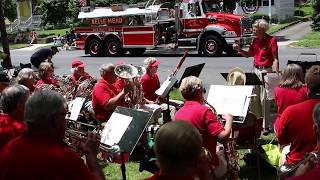 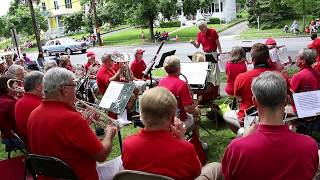 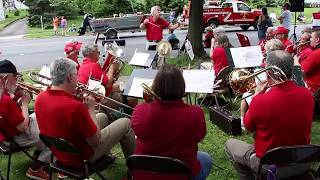 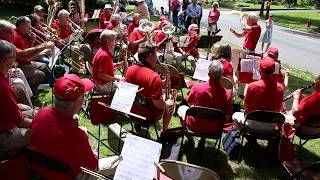 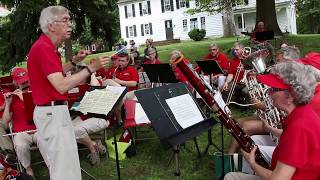 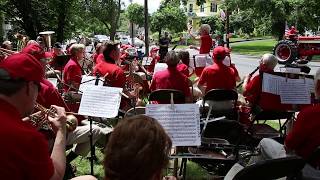 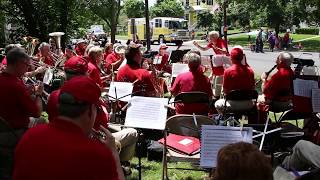 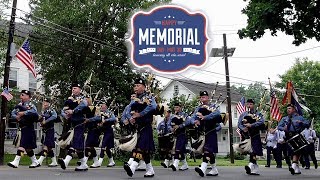 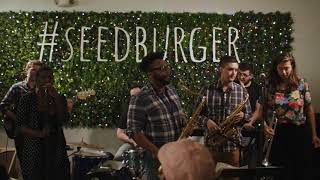 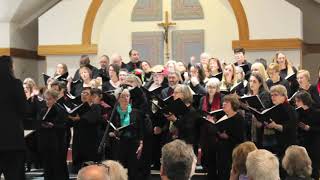 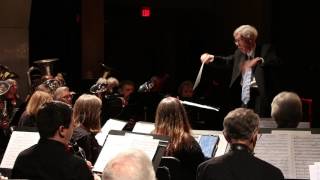 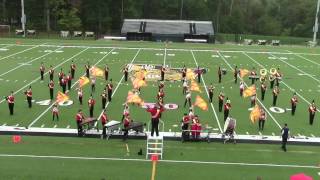 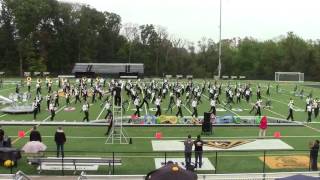 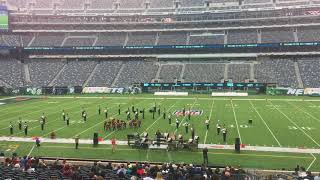 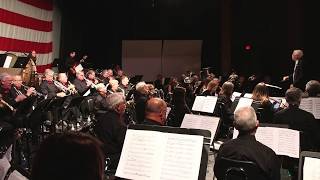 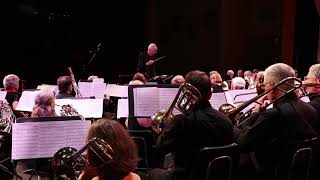 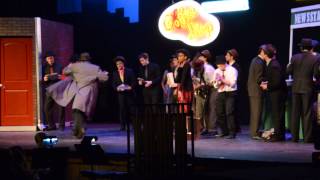 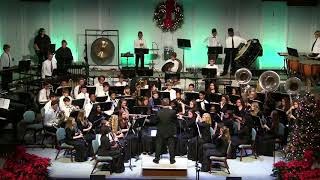 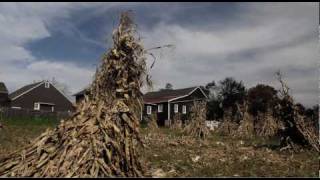