Guerneville ( GURN-vil, formerly ) is an unincorporated community and census-designated place in the Russian River Valley of Sonoma County, California, United States. The town is historically known for the logging community, formed in the late 1800s. Guerneville is also known for its natural environment, liberal atmosphere, and proximity to wine-tasting and redwood forests. It was founded by the Guerne family in the 1850s.

Guerneville is built adjacent to the Russian River. Redwoods grew in the riverbed with such vigor that just a few centuries ago, the valley had the greatest biomass density on the planet, according to local lore. The local Pomo Indians used the area as a summer camp and called it "Ceola" ( or cee-oh-lay) which meant "shady place." Except for a large stand of ancient trees preserved in the Fife Creek watershed, now the centerpiece of Armstrong Woods Park, many of the trees were logged in the 19th century, giving rise to the first English name for the place - "Stumptown." The annual town parade still commemorates the old place name by calling itself "Stumptown Days." The present name Guerneville was introduced to honor Swiss immigrant George Guerne, a local businessman of the 19th century who owned the town's sawmill.[3] By 1870, there was a U.S. Post Office in Guerneville; it was listed by the name "Guerneville".[4] Although locals may be found selling T-shirts that say "Don't call it Guerneyville",[5] many have called the town "Guerneyville"[6] in spelling and pronunciation since the 1800s.[7] The extensive redwood forests on the surrounding mountains are less than 200 years old, having been replacement plantings for much of the logging done in the 19th century.

The area became popular with wealthy vacationers from San Francisco and surrounding communities in the late 19th century. The San Francisco and North Pacific Railroad linked the town to the Ferries of San Francisco Bay in 1877. Even with the demise of train service in the late 1930s, the area's resorts remained popular with vacationers who came by automobile through the 1950s. A local movie theater, the River, was built near the beach and showed double features throughout the 1950s and 1960s. The coming of jet airplane travel in the 1960s marked a period of decline for many of the older resorts. Winter floods in 1964 caused a further decline in business conditions. A renaissance took place in the late 1970s as large numbers of gay entrepreneurs from San Francisco identified the area as a prime recreational destination for weekends. Many older resorts benefited from increased tourism, and the town's businesses began to thrive.

Guerneville is located in western Sonoma County, along the Russian River on State Route 116, between Monte Rio to the west and Forestville to the east.

Aerial view of Guerneville during flooding on the Russian River.

Guerneville has cool, wet winters and warm, dry summers, a climate typical of northern coastal California. Although rainfall is rare during the summer months, fog often comes up the river from the Pacific Ocean, producing enough condensation to create "fog drip," which sustains the numerous redwood trees, ferns, and other vegetation.

The Census reported that 99.1% of the population lived in households and 0.9% lived in non-institutionalized group quarters.

There were 1,097 households out of which 22.0% had children under the age of 18 living with them, 28.4% were married couples living together, 14.1% had a female householder with no husband present, and 52.3% were non-families. 34.8% of all households were made up of individuals and 8.5% had someone living alone who was 65 years of age or older. The average household size was 2.17 and the average family size was 2.86.

Guerneville includes a plaza in the town center with permanent chess tables, and small shops. A public beach area along the Russian River is used for fishing, swimming, boating, and sunbathing.

Guerneville is an LGBTQ+ vacation destination, and hosts an annual Sonoma County Pride Parade and Celebration the first Sunday in June. Guerneville also hosts a Women's Weekend in the summer, and hosts gay bear charity events for the LGBTQ+ community, including Lazy Bear Weekend in late July or early August, and Polar Bear Weekend in mid-January.[13][14][15] Guerneville is also home to the Russian River Sisters of Perpetual Indulgence, a chapter of the Sisters of Perpetual Indulgence, which holds entertaining events in various venues along the Russian River, including monthly bingo games.[16][17]

There are several LGBT-friendly clubs and bars in Guerneville. Places of interest include Armstrong Redwoods State Natural Reserve and the adjacent Austin Creek State Recreation Area, the Russian River with its meandering flow and wildlife, Johnson's Beach, which hosts the Russian River Jazz and Blues festival and provides summer swimming and boating, and the close proximity of the Pacific Ocean.

In the United States House of Representatives, Guerneville is in California's 2nd congressional district, represented by Democrat Jared Huffman.[19]

Guerneville is politically liberal, consistent with most of western Sonoma County politics. The Current Mayor of Guerneville is Christopher Barcelona. The Vice mayor is currently Andrew Fritter.[]

Guerneville is the home of non-commercial radio station KGGV-FM, 95.1 mHz, The Bridge.

The Russian River area occasionally appears in local and/or national news due to significant winter flooding, the worst of which occurred in 1986. Because much of the housing is elevated, thanks in large part to FEMA grants, floods no longer have the impact they once did and recovery for most residents and businesses is much faster than in earlier times. The effects of floods are mitigated by the extensive upstream floodplain storage capacity of the Laguna de Santa Rosa.

Guerneville's older metal truss bridge can be filmed from the newer bridge, and made an appearance in the movie Mumford as a location for people to walk and talk in idyllic settings. The independent film Deep Dark Canyon was filmed in Guerneville. Surrounding communities were also regular filming locations for the 1960s television series Combat! 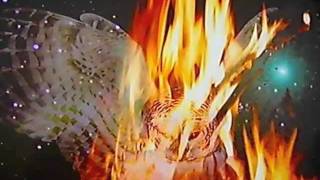 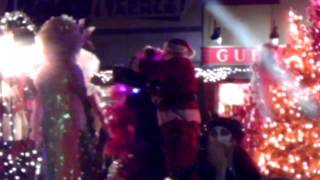 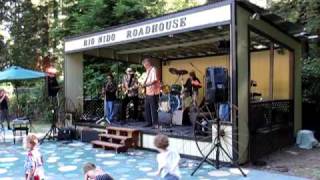 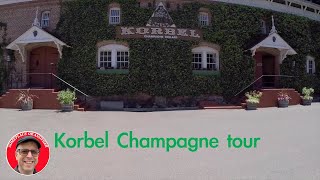 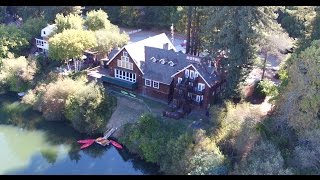 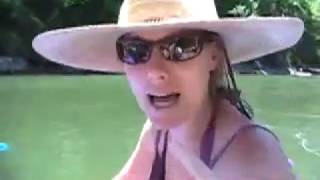 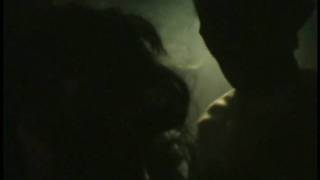 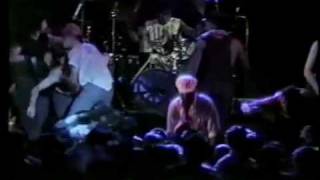 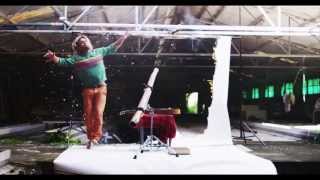 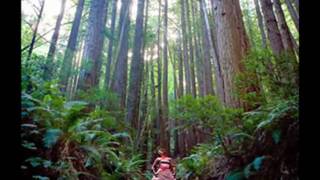 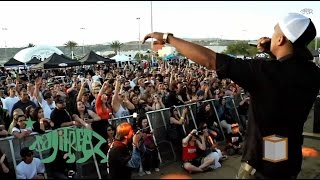 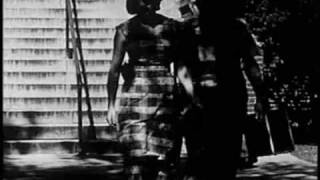 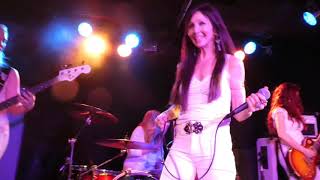 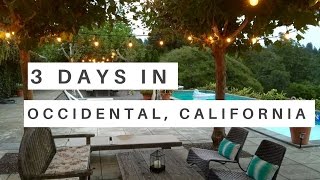 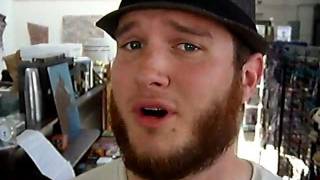 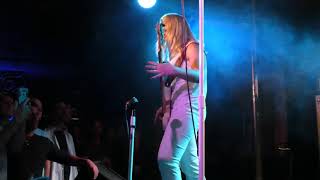 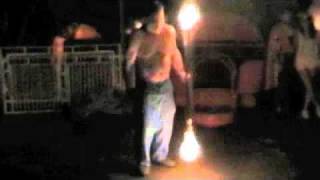 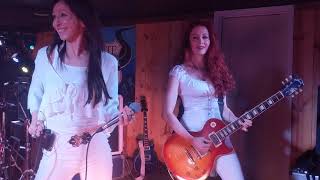