Based on the 1929 Vicki Baum novel and play, Menschen im Hotel (People in a Hotel), and the subsequent 1932 MGM feature film, the musical focuses on events taking place over the course of a weekend in an elegant hotel in 1928 Berlin and the intersecting stories of the eccentric guests of the hotel, including a fading prima ballerina; a fatally ill Jewish bookkeeper, who wants to spend his final days living in luxury; a young, handsome, but destitute Baron; a cynical doctor; an honest businessman gone bad, and a typist dreaming of Hollywood success.

Menschen im Hotel marked the beginning of the career of popular Austrian novelist Baum in 1929. She dramatized the novel for the Berlin stage later in the same year. The play became a hit, and its English-language adaptation enjoyed success in New York in the early 1930s and was made into the blockbuster 1932 Academy Award-winning film, Grand Hotel, starring Greta Garbo, John Barrymore and Joan Crawford.[1]

Davis, Wright, and Forrest first adapted Baum's story in 1958 under the title At the Grand, changing the setting from 1928 Berlin to contemporary Rome and transforming the ballerina into an opera singer closely resembling Maria Callas to accommodate Joan Diener, who was scheduled to star under the direction of her husband Albert Marre. All of them had collaborated on the earlier musical Kismet and anticipated another success, but Davis' book strayed too far from the story familiar to fans of the film. When Paul Muni agreed to portray Kringelein, the role was changed and expanded, with the character becoming a lowly hotel employee whose stay in a hotel suite is kept secret from the management. Flaemmchen became a dancing soubrette, Preysing and his dramatic story line were eliminated completely, and two deported American gangsters were added for comic relief.

At the Grand opened to mixed reviews and good business in Los Angeles and San Francisco, but when it became apparent to the creators that Muni was ill and would not be able to sustain a Broadway run, producer Edwin Lester decided to cancel the Broadway opening scheduled for September 25, 1958, and everyone moved on to other projects.

Three decades later, Davis, Wright, and Forrest decided to dust off their original material and give the show another try, returning the show to its original setting in 1928 Berlin. This time it was placed in the hands of director-choreographer Tommy Tune, who envisioned it as a two-hour, non-stop production comprising dialogue scenes, musical numbers, and dance routines overlapping and at times competing with each other, thereby capturing the mood of a bustling hotel where something is happening at all times. Seven songs from At the Grand were incorporated into what was now called Grand Hotel, although two were dropped during the Boston tryout.

During the Boston run in 1989, Wright and Forrest acquiesced when Tune requested Maury Yeston, with whom he had worked in Nine, be brought in to contribute fresh material, including six new songs and additional lyrics for others.[2] At Tune's request, Peter Stone came in as uncredited play doctor, though the book remained entirely the work of Davis. Although they did not receive billing on the title page (they were listed in the additional credits in the back of the program), the ballroom choreography was by Pierre Dulaine and Yvonne Marceau, who played The Gigolo and The Countess in the show, and as a favor to Tune, Thommie Walsh choreographed a brief dance section in "I Want To Go To Hollywood".

The roaring '20s are still in high gear, and Berlin is the center of high life. Guests come and go at the opulent Grand Hotel, as cynical Doctor Otternschlag, who still suffers from World War I wounds, injects his morphine. Assistant concierge Erik, busy at the front desk, waits to hear of his son's birth; his wife is having a difficult labor. Baron Felix Von Gaigern, young, good-looking and destitute, uses his charisma to help him secure a room in the overbooked hotel while stiffing a tough gangster who pretends to be a chauffeur. Ageing Russian prima ballerina Elizaveta Grushinskaya arrives with her entourage who try to persuade her that she still can and must dance. Her confidante and dresser, Raffaela knows that they would have to come up with a lot of money if the dancer failed to show up for her contracted engagements. Raffaela has feelings for Elizaveta.

Jewish bookkeeper Otto Kringelein, who is fatally ill, wants to spend his life's savings to live his final days at the hotel in the lap of luxury. The Baron helps him secure a room. Meanwhile, Hermann Preysing, the general manager of a failing textile mill, hears that the merger with a Boston company is off, spelling financial ruin; he does not want to lie to his stockholders but gives in to the pressure. He plans to go to Boston to try to revive the merger and presses his temporary secretary, Flaemmchen, to accompany him and "take care of him". She dreams of Hollywood stardom and fears she might be pregnant, but flirts with the Baron. She also agrees to a dance, at the Baron's suggestion, with the surprised and delighted Otto. Elizaveta suffers through another unsuccessful dance performance and rushes back to the hotel. She bursts into her room to find the Baron as he is about to steal her diamond necklace to pay back the gangster, but he pretends to be her biggest fan. The two fall in love with each other and spend the night. He agrees to go with her to Vienna so that she can fulfill her dancing engagements, and they will get married; they plan to meet at the train station.

Two African-American entertainers, the Jimmys, sing at the bar and dance with Flaemmchen. Erik tries to get off work so that he can join his wife at the hospital, but the unpleasant hotel manager, Rohna, refuses to give him any time off. The Baron has persuaded Otto to invest in the stock market, and Otto has made a killing in the market overnight. But Otto is not feeling well, and the Baron helps him to his room, resisting the temptation to steal his wallet. Otto rewards the Baron with some cash. The gangster confronts the Baron and directs him to steal Preysing's wallet; he gives the Baron a gun. Preysing has cornered Flaemmchen in their adjoining rooms and pressures her for sex. The Baron, who was in Preysing's room trying to steal his wallet, hears Flaemmchen's cries next door and walks into her room to defend her while still holding Preysing's wallet. After a struggle, Preysing kills the Baron with the gangster's gun. Preysing is arrested. Raffaela struggles with how to tell Grushinskaya that her lover is dead and ultimately decides not to, leaving Grushinskaya ecstatic to see him at the train station when she leaves.

Otto offers to take Flaemmchen to Paris; he has plenty of money now so that they can enjoy the good life for as much time as he has left, and she realizes that she is fond of him. Erik has a son, and finds out that his wife came through the labor alright. Doctor Otternschlag observes: "Grand Hotel, Berlin. Always the same - people come, people go - One life ends while another begins - one heart breaks while another beats faster - one man goes to jail while another goes to Paris - always the same. ... I'll stay - one more day."

After thirty-one previews, Grand Hotel opened on November 12, 1989 at the Martin Beck Theatre, and later transferred to the George Gershwin to complete its total run of 1,017 performances. The show is played without an intermission. The original cast included Liliane Montevecchi as Elizaveta Grushinskaya, David Carroll as the Baron, Michael Jeter as Otto Kringelein (garnering much praise and several awards), Jane Krakowski as Flaemmchen, Timothy Jerome as Preysing, John Wylie as Otternschlag, and Bob Stillman as Erik. Replacements later in the run included Zina Bethune and Cyd Charisse (in her Broadway debut at age 70) as Elizaveta Grushinskaya, Rex Smith, Brent Barrett, John Schneider, and Walter Willison as the Baron, Chip Zien and Austin Pendelton as Kringelein, and Lynnette Perry as Flaemmchen. The production captured 12 Tony nominations, winning five awards, including best direction and choreography for Tommy Tune. The release of the much in-demand original cast recording was delayed nearly two years. By the time the recording was made, Carroll was seriously ill with AIDS, and died from a pulmonary embolism in the recording studio as he was about to record his vocal tracks, a week prior to the recording session with the full cast. Brent Barrett, who had appeared as the Baron both on Broadway and in the national tour, sang the role for the cast album released by RCA Victor. As a homage to Carroll the cast album features a bonus track of his performance during a 1991 cabaret fundraiser for Equity Fights AIDS, singing the Baron's major song, "Love Can't Happen".

The musical had its Australian premiere on 16 June 2016 when Sydney Grammar School in partnership with Ascham, IGS Sydney and SCEGGS performed the show at the Alastair Mackerras Theatre in Darlinghurst, Sydney. The show ran until 21 June 2016 with a total of four performances, and all but one show was completely sold out. The primary cast included: J. Sapsford as The Baron, G.R. Harrington as Grushinskaya, E. Fair as Flaemmchen, M. Jelbart as Kringelein, M. Gibson as The Doctor, H. Charlesworth as Erik and F. Brooks as Preysing. The production was directed by Peter Rudge, and conducted by Greg Howard.[5] The set was designed by renowned Sydney theatre designers, Charles Davis and Jeremy Allen[6][7] specifically for this production.[8] 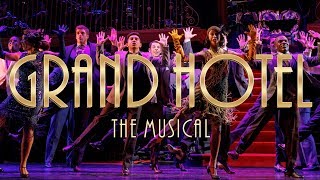 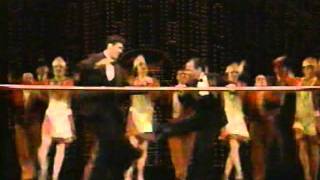 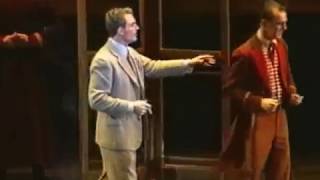 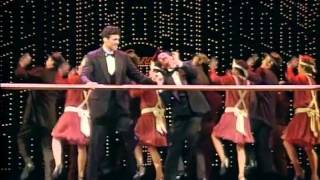 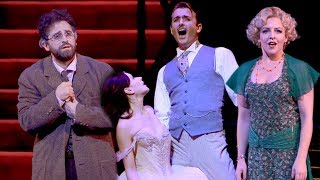 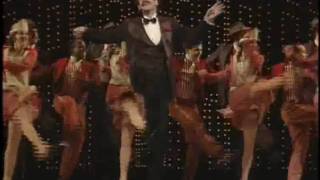 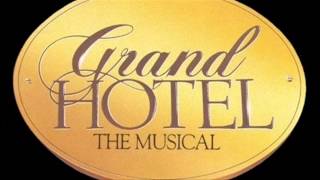 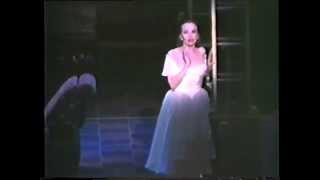 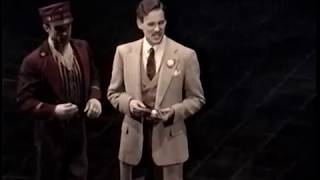 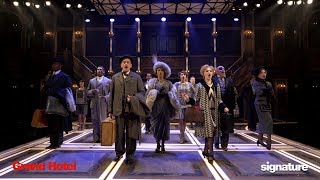 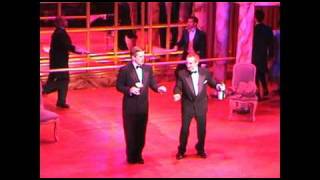 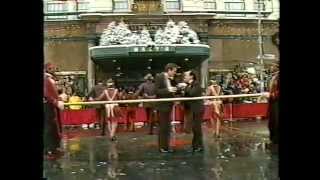 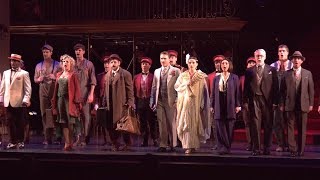 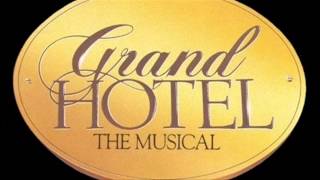 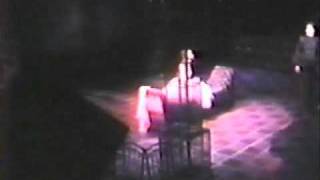 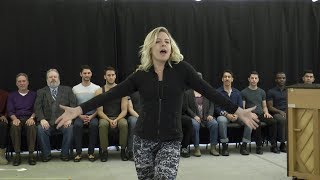 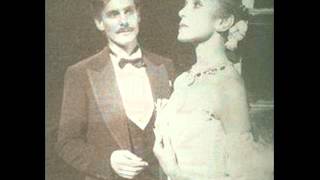 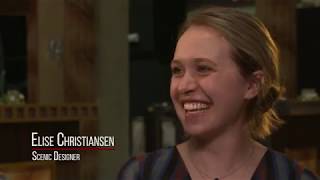 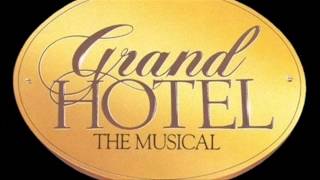 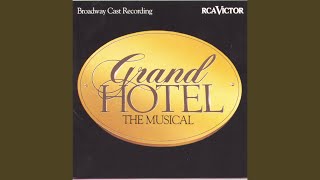