Gilroy is a city in Northern California's Santa Clara County, south of Morgan Hill and north of San Benito County. The city's population was 48,821 at the 2010 United States Census.

Gilroy is known for its garlic crop and the annual Gilroy Garlic Festival, featuring various garlicky foods such as garlic ice cream, leading to the city's nickname, the Garlic Capital of the World. Gilroy also produces mushrooms in considerable quantity. It is also known for boutique wine production, which is a large part of Gilroy's western portion, mostly consisting of family estates around the base of the Santa Cruz Mountains to the west.[8]

Spanish explorers led by Juan Bautista de Anza first passed through the Santa Clara Valley area in 1776, and in 1797 Mission San Juan Bautista was established near the Pajaro River. In 1809, Ygnacio Ortega was granted the 13,066-acre (5,288 ha) Spanish land concession Rancho San Ysidro. The village of San Ysidro (not to be confused with the present-day San Diego community) grew nearby, at the foot of Pacheco Pass which linked the El Camino Real and the Santa Clara Valley with the San Joaquin Valley. California's main exports at this time were hides and tallow, of which thousands of barrels were produced and shipped to the rest of New Spain. Trade and diplomatic intercourse with foreigners was strictly forbidden by the royal government but was quietly carried on by Californians desperate for luxury goods.

During the War of 1812, the armed merchantman Isaac Todd[9] was sent by the North West Company to seize Fort Astoria, an American trading post at the mouth of the Columbia River. The ship, with a Royal Navy escort, departed from Portsmouth, England, made its way around Cape Horn and proceeded up the Pacific coast of the Americas, stopping at Spanish ports for supplies along the way. In January 1814, having fallen behind its escort, the Isaac Todd arrived at Monterey, California, the Spanish colonial capital of Alta California. During the visit, ordinary seaman John Gilroy (a Scotsman who had changed his name from John Cameron when he went to sea to avoid recognition) either (depending on the historical source) jumped ship[10] or was left ashore to recover from scurvy.[11]

John Gilroy (1794-1869) spent the next few years moving around among the missions, pueblos and ranchos, plying his trade as a cooper (barrel maker). At first, by his own account in an 1856 letter to Thomas O. Larkin, Gilroy was one of only two English-speakers resident in Alta California.[12] Eventually, he found his way to Rancho San Ysidro, converted to Roman Catholicism and became the first naturalized English-speaking settler in Alta California. In 1821, the same year Mexico won its independence from Spain, Gilroy married a daughter of his employer, ranchero Ygnacio Ortega. Upon Ygnacio's death in 1833, the rancho was divided among his three children--including Gilroy's wife Maria Clara. In 1867, under U.S. property law, the Rancho San Ysidro (Gilroy) was patented to John Gilroy.

The settlement now known as "Old Gilroy" grew up around Gilroy's rancho complex and, after the end of the Mexican-American War in 1848, Gilroy served as alcalde of the village.[13] It served as a stagecoach station of the Butterfield Overland Mail, as well as other stage lines in the late 19th century.

After the Gold Rush

When gold was discovered in 1848 in the Sierra Nevada foothills, the trickle of immigrants from the eastern states and abroad became a flood. As many of the earlier Mexican and Californio landowners sold off their land, lost it to squatters, or were dispossessed through title hearings, the area around San Ysidro became known as Pleasant Valley. On March 12, 1870, it was officially incorporated by the state legislature as the town of Gilroy (John Gilroy had died in 1869).[14] By then the town center had been relocated west of the El Camino Real (Old Gilroy is today a sparsely populated agricultural area). Cattle ranching and timber from the nearby Santa Cruz Mountains were important to the economy for some time but, as in the rest of the valley, agriculture was the town's greatest source of income. Farming remains significant, but in the 1970s the city began evolving into a bedroom community for Silicon Valley to the north.

There are a number of extant historical buildings dating from the mid-19th century. Built in 1857, the Christian Church at 160 Fifth Street is the oldest wood-framed church in continuous use in Santa Clara County. Blacksmith George Eustice's house at 213 Fifth Street was constructed in 1869; Eustice was an American Civil War veteran who fought at Gettysburg. Samuel Moore was a long-time Gilroy postmaster, whose home was built in the 1870s at 7151 Church Street.[15] Nearby in the foothills of the Diablo Range to the northeast is the historic resort site Gilroy Yamato Hot Springs, developed in the late 19th century (now closed to the public).

On July 28, 2019, a mass shooting occurred at the 2019 Gilroy Garlic Festival. Three people were killed by the gunman and at least 12 others were injured. The suspect, Santino William Legan, was shot dead by police.[16][17]

Primary contributors to environmental noise include U.S. Route 101, El Camino Real, Leavesley Road and other major arterials. The number of people exposed to sound levels above 60 CNEL is approximately 4,000.[18]

Due to the moderating influence of the Pacific Ocean, Gilroy enjoys a warm, Mediterranean climate. Temperatures range from an average midsummer maximum of 32.3 °C (90.2 °F) to an average midwinter low of 0.9 °C (33.6 °F). Average annual precipitation is 480 mm (18.9 in), and the summer months are typically dry. Snowfall is rare; occurring approximately once every 20 years, it is light and short-lived. Summer months are characterized by coastal fog which arrives from the ocean around 10 p.m. and dissipates the next morning by 10 a.m. Winter months have many sunny and partly cloudy days, with frequent breaks between rainstorms. The local terrain is not conducive to tornadoes, severe windstorms, or thunderstorms. The local climate supports chaparral and grassland biomes, with stands of live oak at higher elevations.

Gilroy is twinned with:[27] 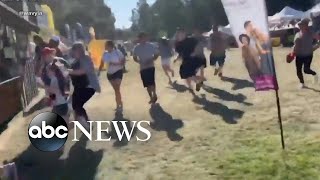 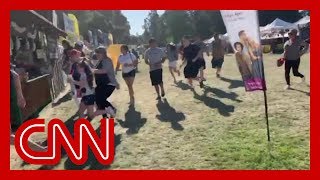 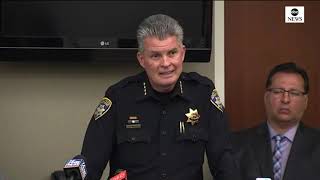 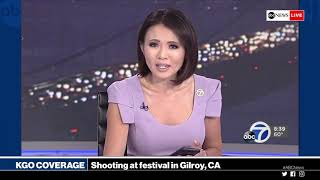 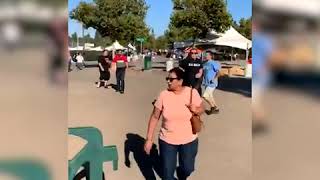 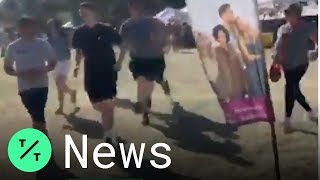 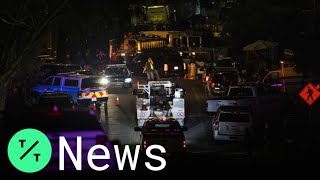 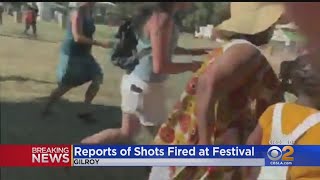 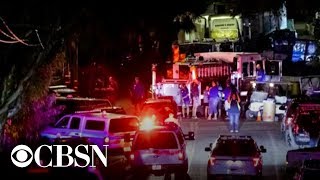 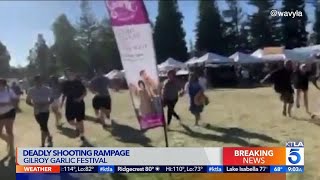 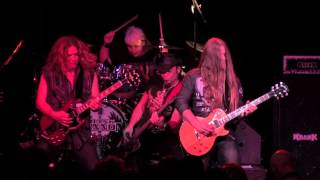 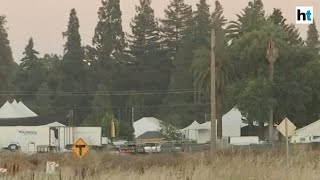 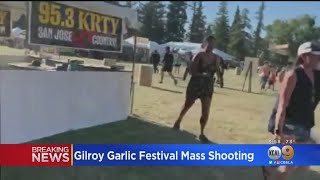 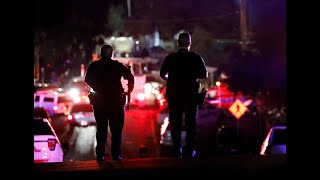 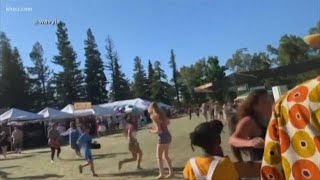 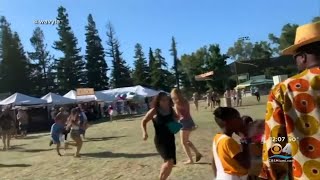 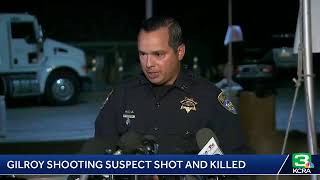 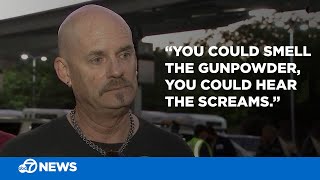 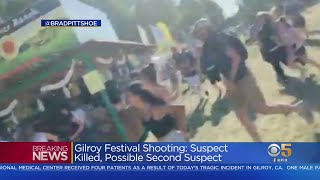 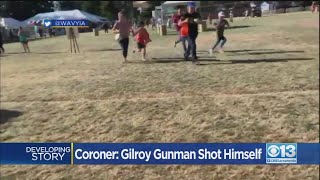