The Bureau of Economic Analysis combines the city of Galax with neighboring Carroll County for statistical purposes. Galax is bounded to the northeast by Carroll County and to the southwest by Grayson County.

The area that later became Galax was part of an 800-acre (320 ha) land grant given to James Buchanan in 1756 by the English Crown. The first plat map for Galax is dated December 1903;[7] The town founders selected the site for the city on a wide expanse of meadowland bisected by Chestnut Creek and sitting at an altitude of 2,500 feet on a plateau.[8] The Virginia General Assembly officially chartered the town of Galax in 1906.[9]

The town is named for Galax urceolata, an evergreen groundcover plant found throughout the Blue Ridge Mountains. At the time, the plant was gathered and sold by many people in southwestern Virginia and northwestern North Carolina as an ornamental plant; a Norfolk and Western Railway Company official suggested that the town be named for the plant.[9] The first Galax Agricultural Fair took place in September 1908, when Galax had 600 residents.[10]

In the past, Galax was an industrial town; by the 1960s, Galax was home to six furniture factories, a mirror factory, at least four textile companies, two large department stores, a lumber company, Carnation Milk, Coca-Cola Bottling Company, and Clover Creamery.[10]

The Town of Galax was separated from Carroll and Grayson counties and became an independent city on December 6, 1953.[11]

In the 2000s, Galax and other small neighboring communities in southwestern Virginia joined with private businesses to create the Wired Road Authority, a public-private partnership that in 2009 created open-access, integrated regional broadband network with 100-megabit connections and in 2013 created gigabit connections. This was part of an economic-development effort.[12] According to the United States Census Bureau, the city has a total area of 8.3 square miles (21 km2), virtually all of which is land.[14]

Galax has historically been a center of furniture manufacturing. In 2014, the Vaughan-Bassett Furniture Co., which manufactures bedroom furniture, employed 700 people in Galax and was reported to be unusually successful in an era when many U.S. factories closed due to globalization.[20][21] The company won $46 million in an anti-dumping case against China, which allowed the factory to keep running.[20] In 2012, Vaughan-Bassett announced an $8 million expansion, including $4.5 million in new equipment and machinery upgrades and $1.5 million to purchase the old Webb Furniture Enterprises plant (which had closed in January 2006, eliminating 309 jobs).[22]

An economic analysis of southwestern Virginia cities and counties found that Galax had the highest increase in travel expenditures from 2004 to 2012, at 71.4%. The report found that "Galax, a city once dominated by industry, has become a blossoming tourism destination thanks to downtown revitalization efforts, its traditional music and arts scene (Old Fiddlers Convention, Chestnut School of the Arts), and its proximity to the Blue Ridge Parkway and the New River."[25]

The Crossroads Rural Entrepreneurial Institute opened in Galax in 2005.[26] Located in the Appalachian region of the United States, Galax is known as a center of traditional "old-time" music and musicians, as is Round Peak, North Carolina near Mount Airy, some 15 miles away on the other side of the ridge.[27] Galax and the surrounding region are also known for traditional instrument-making;[28] A distinctive style of Appalachian dulcimer is named for Galax.[29]

The annual Old Fiddler's Convention, held in Galax since 1935, is a popular old-time and bluegrass music festival.[30][31]

The Blue Ridge Parkway is about seven miles from Galax via South Main Street and Highway 89 with the picturesque Mabry Mill located at milepost 176.2 about thirty-five miles away.[34] The Blue Ridge Music Center featuring a concert center, mountain music museum and visitor center is at milepost 213.[35]

Grayson Highlands State Park noted for scenic views, trail hiking including the Appalachian Trail, Mount Rogers (the highest peak in Virginia) and wild mountain ponies is about forty miles to the west near the Mount Rogers National Recreation Area.[36]

Long-term temperature and precipitation records describe the city's climate as an oceanic climate (Cfb) with monthly averages ranging from 32.5° to 70.7 °F in January and July, respectively.[37] The hardiness zone is 6b. [1]

Galax is served by the Galax City Public School Division. 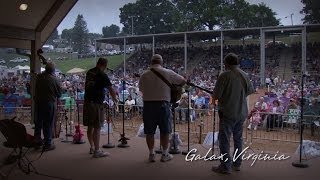 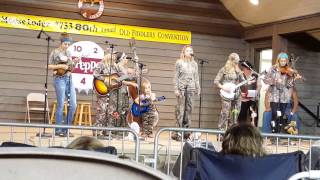 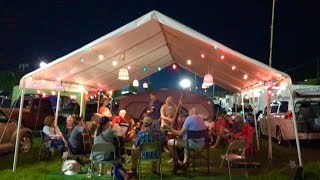 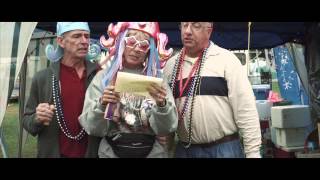 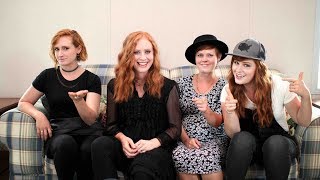 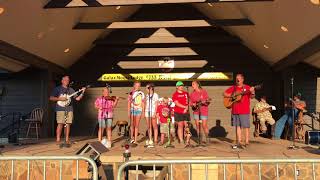 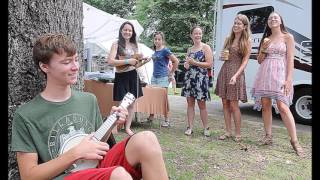 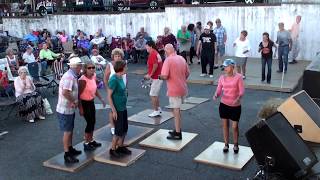 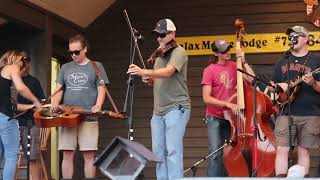 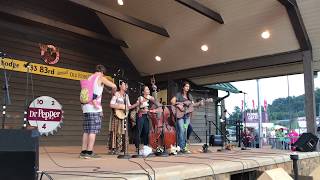 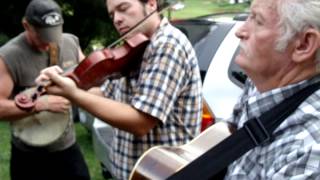 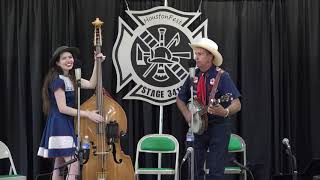 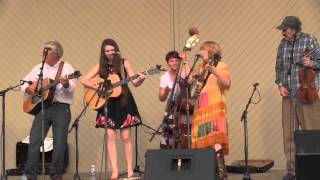 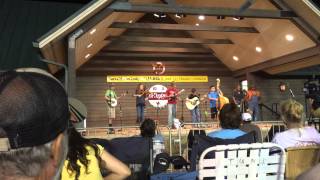 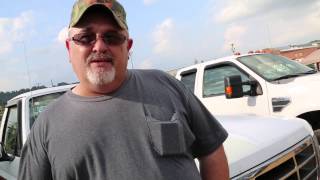 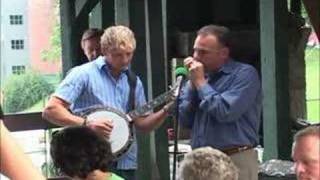 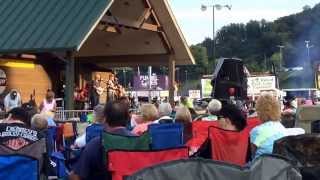 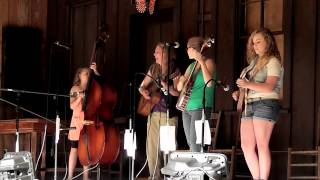 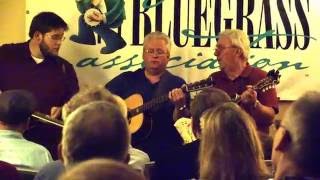 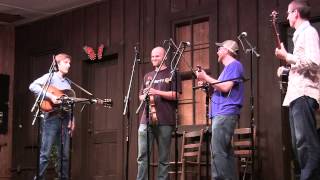