Bandwidth in hertz is a central concept in many fields, including electronics, information theory, digital communications, radio communications, signal processing, and spectroscopy and is one of the determinants of the capacity of a given communication channel.

A key characteristic of bandwidth is that any band of a given width can carry the same amount of information, regardless of where that band is located in the frequency spectrum.[note 1] For example, a 3 kHz band can carry a telephone conversation whether that band is at baseband (as in a POTS telephone line) or modulated to some higher frequency.

Bandwidth is a key concept in many telecommunications applications. In radio communications, for example, bandwidth is the frequency range occupied by a modulated carrier signal. An FM radio receiver's tuner spans a limited range of frequencies. A government agency (such as the Federal Communications Commission in the United States) may apportion the regionally available bandwidth to broadcast license holders so that their signals do not mutually interfere. In this context, bandwidth is also known as channel spacing.

For other applications, there are other definitions. One definition of bandwidth, for a system, could be the range of frequencies over which the system produces a specified level of performance. A less strict and more practically useful definition will refer to the frequencies beyond which Performance is degraded. In the case of frequency response, degradation could, for example, mean more than 3 dB below the maximum value or it could mean below a certain absolute value. As with any definition of the width of a function, many definitions are suitable for different purposes.

The essential bandwidth is defined as the portion of a signal spectrum in the frequency domain which contains most of the energy of the signal.[2]

The magnitude response of a band-pass filter illustrating the concept of -3 dB bandwidth at a gain of approximately 0.707.

In some contexts, the signal bandwidth in hertz refers to the frequency range in which the signal's spectral density (in W/Hz or V2/Hz) is nonzero or above a small threshold value. That definition is used in calculations of the lowest sampling rate that will satisfy the sampling theorem. The threshold value is often defined relative to the maximum value, and is most commonly the , that is the point where the spectral density is half its maximum value (or the spectral amplitude, in V or V/Hz, is 70.7% of its maximum).[3]

The 3 dB bandwidth of an electronic filter or communication channel is the part of the system's frequency response that lies within 3 dB of the response at its peak, which in the passband filter case is typically at or near its center frequency, and in the low-pass filter is near 0 hertz. If the maximum gain is 0 dB, the 3 dB bandwidth is the frequency range where the gain is more than -3 dB, or the attenuation is less than 3 dB. This is also the range of frequencies where the amplitude gain is above 70.7% of the maximum amplitude gain, and the power gain is above half the maximum power gain. This same half-power gain convention is also used in spectral width, and more generally for extent of functions as full width at half maximum (FWHM).

In electronic filter design, a filter specification may require that within the filter passband, the gain is nominally 0 dB ± a small number of dB, for example within the ±1 dB interval. In the stopband(s), the required attenuation in dB is above a certain level, for example >100 dB. In a transition band the gain is not specified. In this case, the filter bandwidth corresponds to the passband width, which in this example is the 1 dB-bandwidth. If the filter shows amplitude ripple within the passband, the x dB point refers to the point where the gain is x dB below the nominal passband gain rather than x dB below the maximum gain.

In communication systems, in calculations of the Shannon-Hartley channel capacity, bandwidth refers to the 3 dB-bandwidth. In calculations of the maximum symbol rate, the Nyquist sampling rate, and maximum bit rate according to the Hartley formula, the bandwidth refers to the frequency range within which the gain is non-zero, or the gain in dB is below a very large value.

The fact that in equivalent baseband models of communication systems, the signal spectrum consists of both negative and positive frequencies, can lead to confusion about bandwidth, since they are sometimes referred to only by the positive half, and one will occasionally see expressions such as

is the positive bandwidth (the baseband bandwidth of the equivalent channel model). For instance, the baseband model of the signal would require a low-pass filter with cutoff frequency of at least

to stay intact, and the physical passband channel would require a passband filter of at least

In signal processing and control theory the bandwidth is the frequency at which the closed-loop system gain drops 3 dB below peak.

In basic electric circuit theory, when studying band-pass and band-reject filters, the bandwidth represents the distance between the two points in the frequency domain where the signal is

of the maximum signal amplitude (half power).

In the field of antennas, two different methods of expressing relative bandwidth are used for narrowband and wideband antennas.[4] For either, a set of criteria is established to define the extents of the bandwidth, such as input impedance, pattern, or polarization.

. The theoretical limit to percent bandwidth is 200%, which occurs for

Fractional bandwidth or ratio bandwidth, usually used for wideband antennas, is defined as

and is typically presented in the form of

In photonics, the term bandwidth occurs in a variety of meanings:

A related concept is the spectral linewidth of the radiation emitted by excited atoms. 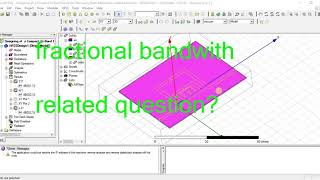 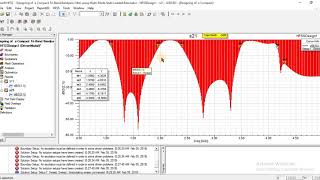 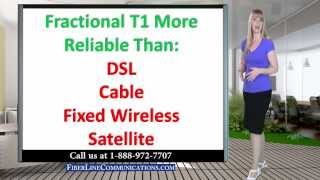 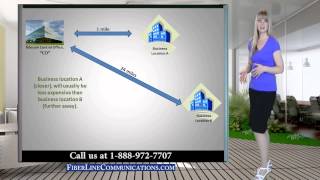 A little extra money to get fractional T1 bandwidth in the apartment?
Watch   Add to List   Share 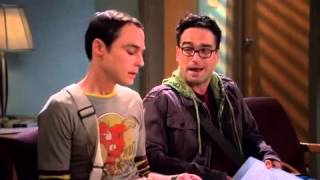 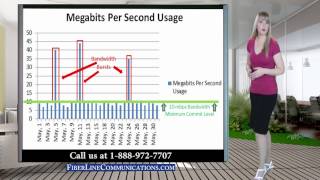 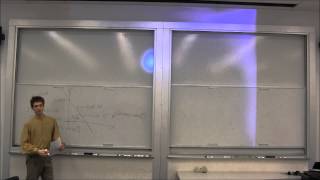 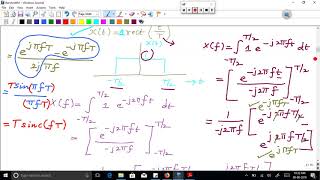 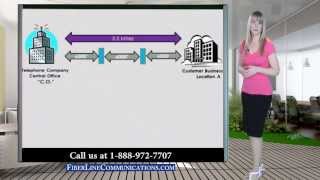 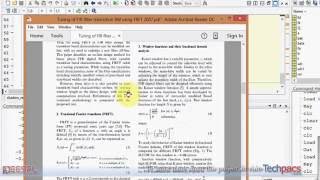 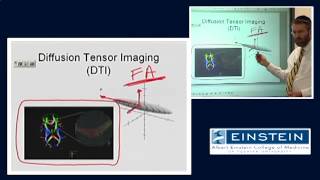 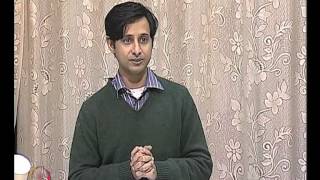 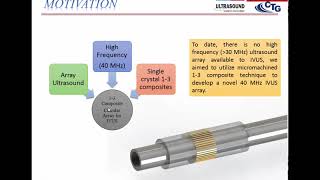 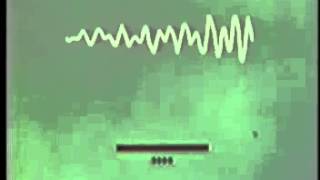 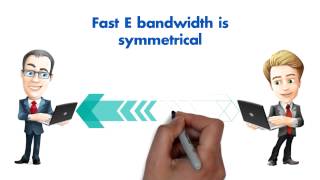 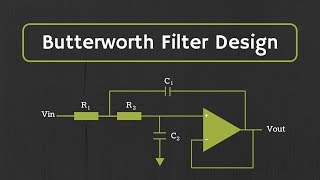 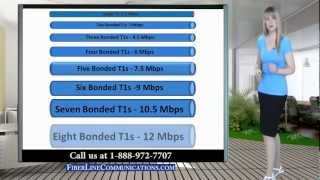 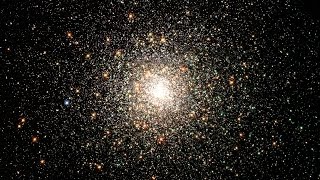 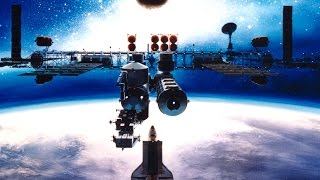