Brachylophus bulabula (Fiji banded iguana) is a species of iguanid lizard endemic to some of the larger central and northwestern islands of Fiji (Ovalau, Kadavu and Viti Levu), where it occurs in Fijian wet forest. It was described by a team led by a scientist from the Australian National University in 2008.[2][3] It is one of the few species of iguana found outside of the New World and one of the most geographically isolated members of the family Iguanidae.[4] Initially also reported from Gau Island, in 2017 this population was described as a separate species, B. gau.[5]

The generic name, Brachylophus, is derived from two Greek words: brachys () meaning "short" and lophos () meaning "crest" or "plume", denoting the short spiny crests along the back of this species. The specific name, bulabula, is a doubling of the Fijian word for "hello": bula.

The species is closely related to the Fiji banded iguana and the Fiji crested iguana. This species was described after a mitochondrial DNA analysis of 61 iguanas from 13 islands showed that B. bulabula was genetically and physically different from the two other species.

All species in this genus are thought to have evolved from ancestors that rafted 9,000 km (5,600 mi) west across the Pacific Ocean from the Americas, where their closest relatives are found.[6][7] It has also been suggested that the genus evolved from iguanas that crossed, in part over dry land bridges, to Fiji from Southeast Asia.[8]

Fiji iguanas are herbivorous; they feed on the leaves, fruit, and flowers of trees and shrubs, particularly hibiscus flowers of the Vau tree (Hibiscus tiliaceus) and fruit such as banana and papaya.[9][page needed] Hatchlings may feed on insects; however, adults usually will not.[9][page needed] 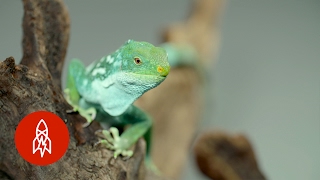 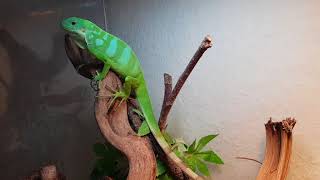 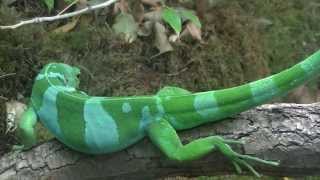 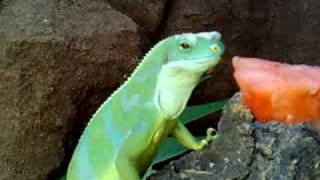 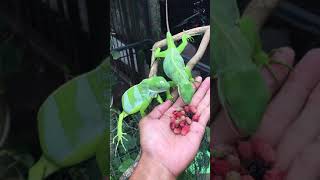 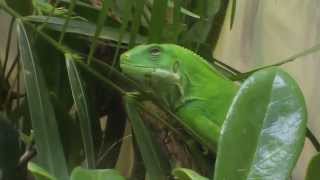 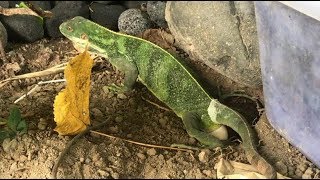 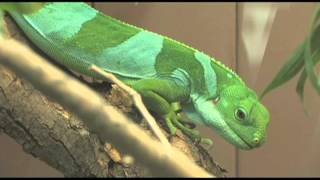 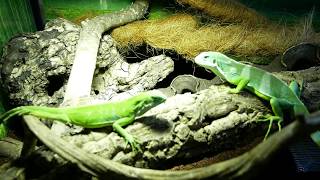 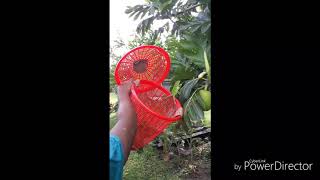 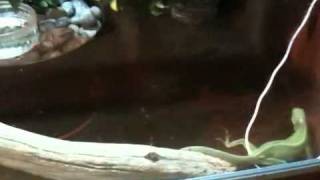 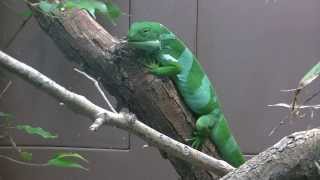 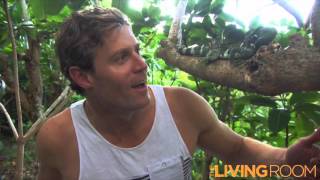 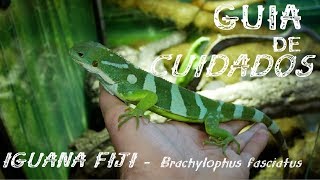 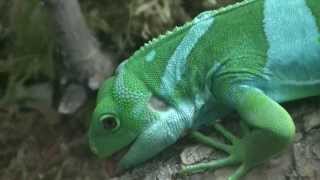 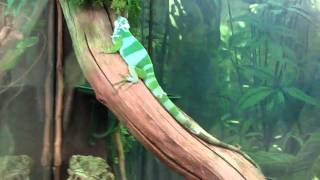 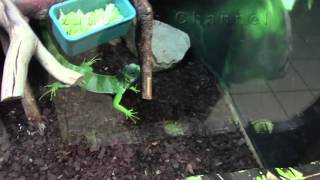 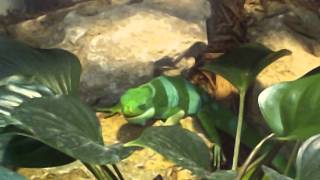