Originally a logging settlement, the area was first called "Federal Way" in 1929.[5] The name derived from Federal Highway U.S. 99 (now State Route 99 or Pacific Highway South), which ran from Everett and Seattle to Tacoma.[5][6] The name "Federal Way" was first used in 1929 when five existing schools consolidated operations into School District #210 and planned construction of Federal Way High School, which opened in 1930 and gave its name to the school district.[7] The local chamber of commerce adopted the name in the early 1950s.[8]

Attempts to incorporate the city were voted down in 1971, 1981 and 1985.[9] The voters eventually approved incorporation as a city on February 28, 1990;[8] the official act of incorporation was held at the Sportsworld Lanes bowling complex.[9]

Until 2014, Federal Way was home to Weyerhaeuser, the largest private owner of softwood timberland in the world. Weyerhaeuser had opened much of its land in Federal Way to the public, including two botanical gardens: the Rhododendron Species Foundation and Botanical Garden, and the Pacific Bonsai Museum. In 2014, the company announced it would vacate its Federal Way headquarters. City leaders have suggested promoting the location as a potential community college. Federal Way is also home to the US headquarters of World Vision International.

Other attractions in the city include the Weyerhaeuser King County Aquatic Center, which features an Olympic-size swimming pool which has been used for the 1990 Goodwill Games and 2012 US Olympic Swim & Dive Trials. Celebration Park includes sports fields, a playground, and wooded trails. The city has also developed many lakefront and neighborhood parks, playgrounds, and trails.

The 40-acre (16 ha) PowellsWood Garden, known for its outstanding structural plantings and perennial borders, is located off South Dash Point Road. This land, on a portion of the Cold Creek ravine, was purchased by Monte and Diane Powell in 1993 in order to preserve green space in an increasingly urbanized area.

Wild Waves Theme & Water Park, the largest amusement park in the region, opened in 1977 on the south side of the city. It is the Seattle area's only permanent amusement park. Six Flags purchased Wild Waves in December 2000. However, after low sales, Six Flags sold the park in April 2007 to Parc Management LLC of Jacksonville, Florida, for $31.75 million. In 2007, the city of Federal Way purchased a downtown lot formerly used by a defunct AMC Theatres cinema, and invited proposals from two developers, United Properties and Alpert Capital, to develop a multi-use tower project in the downtown core, adjacent to the recently built transit center. Such a project follows in the steps of similar multi-use developments such as Kent Station in nearby Kent. The city awarded the contract to United Properties' "Symphony" project, comprising four 15-22 story towers, including 60,000 square feet (5,600 m2) of retail and office space, 900 housing units, and a large downtown park which would be relinquished to the city. Transfer of the land to United Properties followed by construction of the first tower was scheduled to start in mid-2008.[] However, in July 2008, United Properties requested a one-year extension on the terms of the purchase agreement, citing difficulties in the credit and housing markets to acquire the necessary funds.[14] In August 2009, United suggested scrapping the Symphony plan and instead building a performing arts center on the property, a proposal the city rejected.[15]

In September 2009 the South Korean development firm Lander Korus joined onto the project with United.[16] Korus proposed adding Asian elements to the building in order to attract investment and interest from the city's influential Korean population and foreign investment. However, by July 2010, after having granted United and Korus five extensions to close on the project, the city transferred the deal to another Korean developer, Twin Development,[17] which had planned a similar project on another lot. The new developer brought a new design, with two 45-story and one 35-story mixed-use towers. As of 2011 the new developers had yet to close on the property, citing financing difficulties, and had received the seventh extension on the land from the city, which expired on March 2011.[18] The developers were banking on the city's recently granted EB-5 visa qualification to encourage foreign investment in exchange for permanent resident status.[19] As of February 1, 2011, this deal was also dead, as the developer had failed to make a required escrow deposit by the end of January.[20]

In 2011 the city renewed its Request for Quotes for the undeveloped site, and received three proposals. The city ultimately chose a proposal by Arcadd known as the "Crystal Palace", a densely packed glass multi-tower structure where some of the towers bend outward near the top under 20 stories with a larger retail and public space pavilion at the base.[21] The developers, however, were unable to obtain the funds by the initial deadline. After extending the deadline eight months to allow Arcadd to obtain the necessary earnest money, and still seeing no progress, the city decided to move on with a different plan.[22] As of May 2013, plans for a downtown park and plaza complex were underway.[23] In 2014, the lot was repaved, leaving the AMC Theaters building foundation in place, but filling inside its perimeter with sod. The lot was rechristened Town Square Park and opened in early 2014. A plan for a more permanent park design on the site is being considered.

To the north of the downtown park, an elevated lot which was formerly the location of a Toys "R" Us store has been purchased by the city, which is slated to host a planned performing arts and civic center (PACC). The PACC proposal has been controversial, largely over funding and self-sustaining concerns (a similar city project, the Federal Way Community Center, opened in 2007 and ran for most of its operational history in the red), but has the support of most city leaders. It opened as the Performing Arts & Event Center (PAEC) in August 2017.[24]

Also in 2014, ahead of Veterans Day, the city introduced a 60-foot (18 m) flagpole on South 320th Street between Pacific Highway South and Pete von Reichbauer Way South.[25] The pole holds a 15-by-25-foot (4.6 by 7.6 m) flag.[26] While intended to be officially raised on Veterans Day, a smaller flag was raised to half mast on the pole in late October, in memory of State Representative Roger Freeman who died October 29 of that year. The portion of South 320th Street from Pacific Highway to Interstate 5 was dual-named "Veterans Way" in honor of veterans.

Federal Way has mayor-council form of government with a seven-member city council whose members are elected at-large to staggered four-year terms.[27] The city initially had a council-manager government with an appointed city manager, but changed to the mayor-council system after a referendum in November 2009.[28] Former councilmember Jim Ferrell was elected as mayor in 2013.[29]

As part of the Washington State Growth Management Act of 1990 (GMA), Federal Way has identified areas of unincorporated King County as Potential Annexation Areas (PAAs) to be annexed to the city. Federal Way's current PAAs include the Star Lake and Camelot neighborhoods in Lakeland North and the neighborhoods of Parkland, Lakeland, and Jovita in Lakeland South. All of these neighborhoods are located east of the city proper. In 2004, the city annexed the Northlake, East Redondo, and Parkway neighborhoods, adding over 2,700 people and nearly 1 square mile (2.6 km2) of area. While Federal Way had previously considered Auburn's West Hill, Auburn annexed that along with Lea Hill in 2007.

In February 2007, the city announced formal plans to annex the majority of unincorporated land on its east border as one PAA named East Federal Way, comprising the Star Lake, Camelot, Lakeland, and Jovita neighborhoods,[30][31] and a strip of Peasley Canyon Road connecting the two areas. Annexation of the area would add 20,000 people and nearly 7 sq mi (18.1 km2) to the city, creating the sixth largest city in Washington by population, at over 106,000 residents and nearly 29 sq mi (75 km2).[32]

On August 21, 2007, residents of the proposed East Federal Way annexation area rejected annexation to Federal Way by a 66% to 34% margin.[33] Opponents of the plan, favoring remaining under direct King County government, asserted fears that increased density and higher taxes would result from annexation despite proponents showing studies that taxes and fees would be unchanged.[34]

In 2011, opponents of annexation petitioned King County to designate this same area as a township, a municipal structure that does not currently exist anywhere else in the state but which the state constitution provides for. Under the plan, township status would prevent the annexation of the area, which would be named Peasley Canyon Township.[35] The King County Council declined to act on the proposal, and the county elections board denied the group a ballot item.[36]

According to Federal Way's 2017 Comprehensive Annual Financial Report,[37] the largest employers in Federal Way are:

This region experiences warm (but not hot) and dry summers, with no average monthly temperatures above 71.6 °F. According to the Köppen Climate Classification system, Federal Way has a warm-summer Mediterranean climate, abbreviated "Csb" on climate maps.[40]

There were 33,188 households of which 35.9% had children under the age of 18 living with them, 46.7% were married couples living together, 14.0% had a female householder with no husband present, 5.7% had a male householder with no wife present, and 33.6% were non-families. 26.3% of all households were made up of individuals and 7.3% had someone living alone who was 65 years of age or older. The average household size was 2.67 and the average family size was 3.24.

One newspaper is published within Federal Way, the Federal Way Mirror.[45] The city receives additional coverage from most major media sources in both Seattle and Tacoma.

In 2008 the Federal Way Historical Society worked with Arcadia Publishing to publish Images of America: Federal Way, a photographic history of the traditional Federal Way area.[46]

There is an ongoing project (Federal Way Link Extension) to extend Sound Transit light rail from the Angle Lake Station in the City of SeaTac to the Federal Way Transit Center. In January 2017 the final route was approved. Construction is planned to begin in 2019 and the service is expected to open for service in 2024.[48] 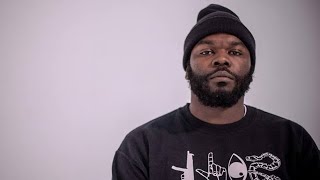 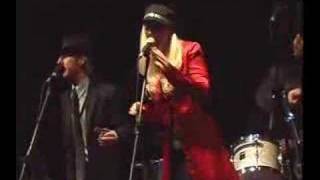 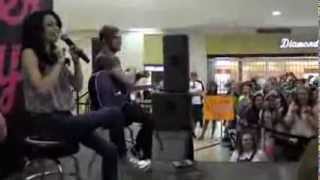 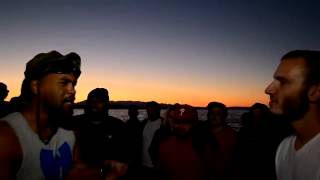 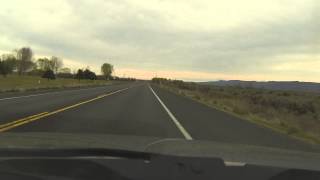 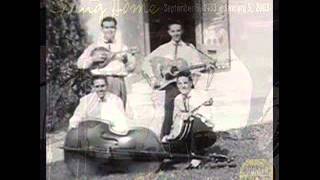 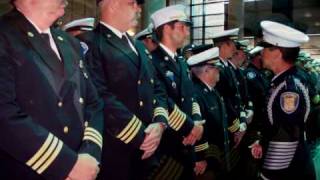 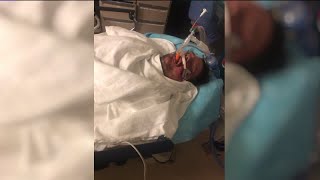 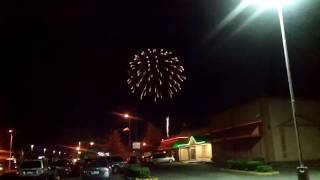 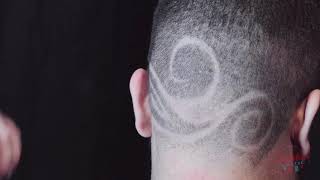 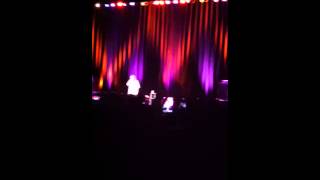 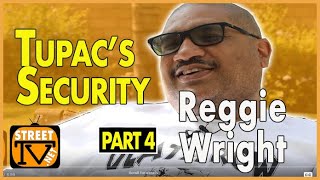 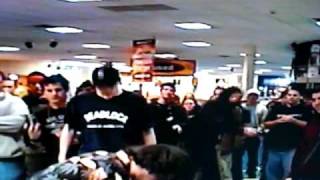 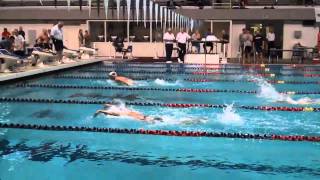 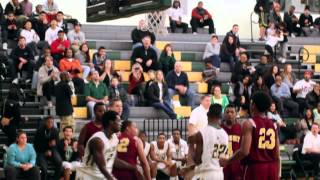