Exile, originally known as The Exiles, is an American band founded in Richmond, Kentucky, by J.P. Pennington.[2] They started by playing local clubs which led to touring with Dick Clark's Caravan of Stars opening shows and providing backup for major rock artists of the period.

They hit the peak of their success in 1978 with the ballad hit "Kiss You All Over." After a couple of minor subsequent pop hits, they re-established in 1983 as a country music group. Between then and the early 1990s, the band had several country chart hits, including the Number Ones "Woke Up in Love", "I Don't Want to Be a Memory", "Give Me One More Chance", "Crazy For Your Love", "She's a Miracle", "Hang On to Your Heart", "I Could Get Used to You", "It'll Be Me", "She's Too Good to Be True" and "I Can't Get Close Enough". Although their chart success waned by 1991, they have continued to record ever since.

The country music version of the band included J.P. Pennington (guitar, lead vocals), Les Taylor (guitar, vocals), Sonny LeMaire (bass, vocals), Marlon Hargis (keyboards) and Steve Goetzman/Gary Freeman (drums). Their biggest hits, spanning from 1978 through 1987, included "Kiss You All Over", "Woke Up in Love", "She's a Miracle" and "Give Me One More Chance".

Pennington wrote many of the group's songs (often with LeMaire) and several were covered by other artists, including "It Ain't Easy Bein' Easy" covered by Janie Fricke and "Just In Case" by the Forester Sisters. "Kiss You All Over" was used in the 1996 Adam Sandler movie Happy Gilmore and in the 2006 film Employee of the Month. Pennington co-wrote "The Closer You Get" and "Take Me Down", both re-recorded by Alabama, with former member Mark Gray.

Pennington's song writing talent led to recognition as BMI Writer of the Year to one of BMI's Top 100 Writers of the Century. His music has been recorded by Alabama, Janie Fricke, Kenny Rogers and other artists.

In 1963, a group of high school students started a rock and roll band in Richmond, Kentucky. They called themselves the Exiles. Those original Richmond Exiles were Jimmy Stokley, Ronnie 'Mack' Davenport, Paul Smith, Mike Howard, Billy Luxon, J.P. Pennington, and Buzz Cornelison. Richmond native Danny Williams was also a member in the 1960s. Their chosen name may have resulted from the influx of Cubans into the United States after the Fidel Castro takeover in 1959. According to original Exile Pennington, "There were a lot of Cuban exiles coming across...the word was in the news and we felt we were also somewhat ostracized from the local society. We had long hair back then..."

Most of the Exiles were students at Madison Central and Madison High School in Richmond when the band formed and played together from 1963 to 1965. They were an offshoot of Ronnie (Hall) and the Fascinations. They were briefly known in those early years as Jimmy Stokley and the Exiles. Stokley (18 October 1943 - 13 August 1985) was the lead singer of the group and continued in that capacity until 1979. It is Stokley's lead voice that is prominent on Exile's 1978 Billboard pop music chart-topper, "Kiss You All Over".

When the Dick Clark Caravan Of Stars hit the road in 1965, they picked up the Exiles to perform on several dates in and around Kentucky. They continued touring nationally with the Caravan of Stars through to 1968; opening the show and providing back-up for headlining stars like Freddy Cannon, B. J. Thomas, Paul Revere and the Raiders and others.

In the early 1960s the Exiles recorded their first record in the studios of WEKY Radio Station in Richmond. Side one was named "The Answer to Her Prayers" written by Paul Smith, Jr. and the back side was called "Come On". The recording was produced by WEKY Radio DJ" Jimmy K" (Kincer) on his own record label "JIMBO Records". In the late 1960s, they recorded for both Date Records and Columbia Records, and in the early 1970s for SSS International, Date, Curb and Wooden Nickel record labels. With the help of Cecil Jones of Lemco Sound Studios in Lexington, the Exiles developed and polished their sound. The band scored regional hits such as "Devil's Bite" and "Church Street Soul Revival" (written and produced by Tommy James).

The band changed musical styles throughout the late 1960s and early 1970s. They shortened their name to Exile in 1973 and released their eponymous debut album through Wooden Nickel Records that same year. Singles released from the album proved unsuccessful, and it would be a good five years before the band released a full-length follow-up album.

In 1977, the band released the single "Try it On" on Atco Records, and it became a minor hit. The following year, Mike Chapman, an Australian who had established himself as a record producer in the UK, came to the United States in search of an experienced group who wrote their own material. Chapman heard an Exile demo and went to their next concert. Chapman evidently enjoyed what he saw. He and Exile decided to collaborate and together they produced the Mixed Emotions album on Warner/Curb Records. The first single release from that album was Kiss You All Over. The single reached Billboard's Top 40 on 5 August 1978. It remained on the chart for seventeen weeks and was No. 1 for four weeks in September. It was a best-seller for six months.

Their follow up single, "You Thrill Me," also from the Mixed Emotions LP did not fare as well, although it did reach the Top 40 for one week on 3 February 1979. The band toured with Aerosmith, Heart, Dave Mason, Boston, Seals & Crofts and other hot pop acts of the late seventies throughout the United States, Europe and Africa.

All There Is, the group's second Warner Bros. Records album, recorded a year later with a distinct disco beat, yielded a foreign hit, "The Part Of Me That Needs You Most." This single did particularly well in Europe and South Africa. Don't Leave Me This Way, their third album, produced by Peter Coleman, yielded two more singles, "Take Me Down" and "Smooth Sailing." Once again, it did well in Europe and South Africa although their popularity in the United States waned.

Numerous personnel changes took place in 1979. Perhaps most significantly, Stokley would leave the group that year, forcing remaining members guitarist/vocalist J.P. Pennington, keyboardist Buzz Cornelison, keyboardist/vocalist Marlon Hargis, bassist/vocalist Sonny Lemaire and drummers Steve Goetzman and Gary Freeman to search for a new lead singer. A young singer, Les Taylor, accepted an invitation to join the group and shared lead vocal duties with Pennington. By the early 1980s, other lineup changes took place, including the exit of original member Buzz Cornelison, plus keyboardist Mark Gray, who co-wrote "The Closer You Get" and "Take Me Down", both of which became hits for the group Alabama, played a short stint from 1980 to 1982.

When lead singer Stokley departed in 1980, he was replaced by singer/guitarist Les Taylor, who helped forge the path for the group's transformation into a country band with a strong Southern rock flavor.[4] Solidified with the lineup of Pennington, Taylor, Lemaire, Goetzman, Freeman and, Hargis, Exile saw a number of their songs become hits for other country acts, and followed that success to Nashville themselves. In 1983, they released their first country chart single, "High Cost Of Leaving" produced by legendary Nashville starmaker Buddy Killen, reaching the Top 40 at a respectable No. 27 on the country chart, then followed by a flurry of four successive No. 1 country singles in 1984, namely "Woke Up In Love," "I Don't Want To Be A Memory," "Give Me One More Chance" and "Crazy For Your Love". There were six more No. 1 country singles by 1987: "She's A Miracle," "Hang On To Your Heart," "I Could Get Used To You," "It'll Be Me," "She's Too Good To Be True" and "I Can't Get Close Enough" and numerous minor hits. Exile received 11 nominations for Vocal as well as Instrumental Group Of The Year from the Academy of Country Music and the Country Music Association.

Meanwhile, original lead vocalist and band co-founder Jimmy Stokley died on August 13, 1985. An Associated Press obituary published in The Miami Herald on August 15, 1985 [5] attributed his death at Pattie A. Clay Hospital in Richmond to complications from hepatitis. Stokley had been experiencing complications from hepatitis for over a year prior to his death. In October 1984, the then-current members of Exile performed a benefit concert for him at Eastern Kentucky University to help Stokley pay for his medical expenses.

Exile made a major lineup change by 1990 with the release of the album Still Standing. Pennington, Taylor and Hargis all exited, replaced by newcomers Paul Martin on guitar and vocals and Lee Carroll on keyboards.[6] "Yet" and "Nobody's Talking" were Top 10 Country hits, while "Keep It in the Middle of the Road" and "There You Go" reached the Top 40. 1991's Justice brought Mark Jones on guitar, essentially to help cover Les Taylor's parts; though the single "Even Now" was released and charted as a minor Top 20 hit from this album, the momentum was obviously lost; the stresses and strains of success and the continual loss of members, especially the core of Pennington and Taylor, finally brought the group down and it disbanded in 1993. Many of the band's former members (21 in all) gathered onstage for a farewell concert in Lexington. Exile played another farewell concert at the Grand Ole Opry House in Nashville.

Pennington signed with MCA Records and landed a Top 30 hit with "Whatever It Takes". Taylor inked a deal with Epic Records and released two singles, including "Shoulda, Coulda, Woulda Loved You" which peaked at No. 46. They continued to write songs and perform solo. Taylor sang national jingles and Pennington produced. LeMaire eventually formed a group called Burnin' Daylight, which also included a former member of Southern Pacific.

In 1995, Pennington & Taylor met up and performed together one night in Lexington at a nightclub. Their impromptu meeting caused them to seriously discuss putting Exile back together. More local shows followed and crowds flocked to their appearances. Taylor and Pennington resurrected the Exile name that same year. The group has since continued to perform on a regular basis and appeared at the Kentucky State Fair with Dwight Yoakam in August 2006.

In total, there have been 35 members of Exile. The most recent line-up consisted of J. P. Pennington, Les Taylor, Ray Salyer, Steve Richmond, and Jason Witt. However, on October 19, 2006, Taylor announced that he would once again leave Exile to pursue solo interests. Two years later, on October 1, 2008, it was announced that the mid-1980s country lineup (Pennington, Taylor, Sonny LeMaire, Marlon Hargis and Steve Goetzman) had reunited with plans to release an EP and tour dates to be scheduled.

In 2013 Exile consisting of (Pennington, Taylor, LeMaire, Hargis, and Goetzman) kicked off their 50th Anniversary tour with a performance at The Franklin Theater in Franklin, TN, also as recording a live album at the facility as well. The band returned at the same time the following year for the cd release party at The Franklin theater as well.

In 2018 Exile kicked off their 55th anniversary tour, once again, at The Franklin Theater in Franklin, TN. 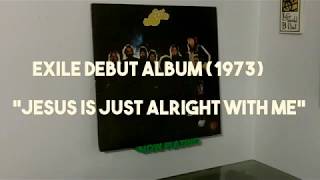 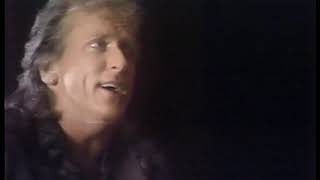 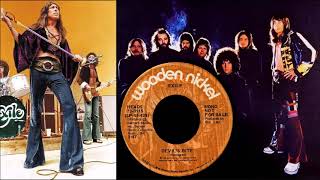 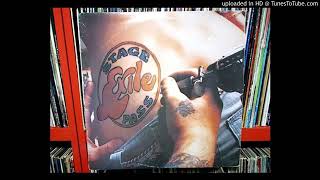 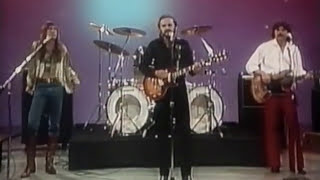 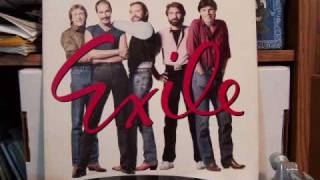 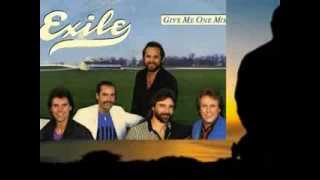 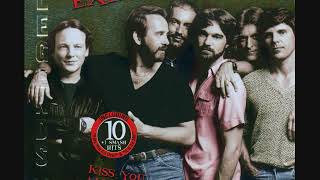 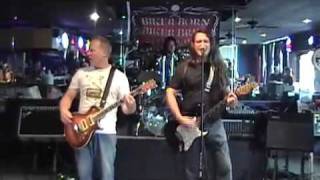 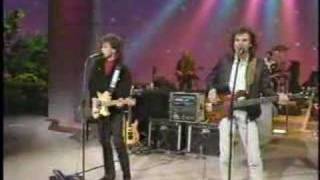 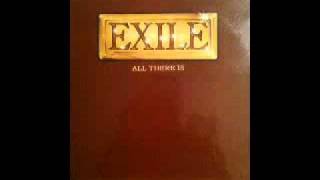 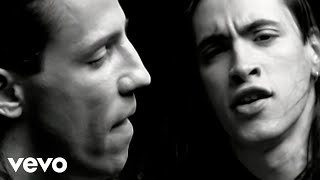 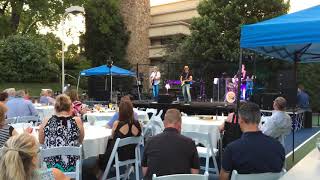 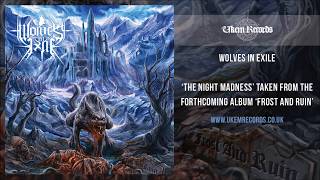 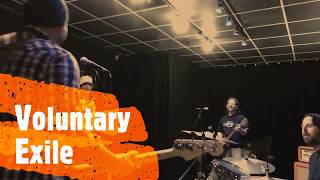