The Eurovision Song Contest Previews are annually broadcast TV shows showcasing the entries into the forthcoming Eurovision Song Contest. They were inaugurated in 1971 for the contest in Dublin, Ireland, and have been provided by the European Broadcasting Union (EBU) to all participating countries ever since.[1]

For a period, the BBC were responsible for 'collecting' the preview videos and distributing them to the various participating countries. This has been carried out by the contest's host nation more recently. In recent years, the Nordic broadcasters (Iceland, Sweden, Denmark, Norway and Finland) have co-produced preview shows for broadcast across their region.

All participants in the Eurovision Song Contest are required to submit a video of their entry to the EBU via the host broadcaster, to be distributed across the Eurovision network. From 1971 until the early 1990s, it was compulsory for all participants to broadcast the videos. Since the mid-1990s it has become optional. Broadcasters either submit a performance of the given song - usually taken from their local national final - or a music video of the entry, specifically filmed for the purpose. In 1971, the Belgian preview video featured singers Nicole & Hugo who were forced to withdraw days before the Eurovision final due to illness, being replaced by Jacques Raymond and Lily Castel.

Occasionally countries rely on funding from their government tourism budget to produce the video, leading to highly commercial offerings highlighting the given country's natural beauty. Often songs would vary from the version that would be heard in the contest itself; either through a change in language or a variance between the length of the recorded version and the permitted live version, or through a variance in orchestration and arrangement.

In 1974, a two-night preview programme, Auftakt für Brighton (Prelude for Brighton), was coordinated by the German national broadcaster ARD. It was broadcast at the end of March and hosted by the journalist Karin Tietze-Ludwig. It was the first "preview"-type programme to be broadcast in many European countries simultaneously (rather than each national broadcaster showing their own preview programme). The programme was also notable in being the European television debut for the winners, ABBA, who were peculiarly credited in previews as "The Abba". It was first aired on German television Hessischer Rundfunk on 27-28 March and in Finland on 30 March as Eurovision laulukilpailu.[2] The UK did not broadcast the programmes, instead airing their own preview shows introduced by David Vine on BBC1 on 24 and 31 March.[3] In the same year, the French entry was broadcast by all the nations showing the previews, even though the song was withdrawn from the Eurovision final itself.

In 1977, the previews were broadcast across Europe ahead of the original scheduled broadcast date of 2 April for the Eurovision final. When the contest was postponed to 7 May, this left a long gap between the preview shows airing and the final. It was also stated in the rule book that the name of the broadcasting TV station for each country be carried on screen to introduce the songs. But many broadcasters ignored this.

From approximately 2000, the videos have been available online via the Eurovision website and most broadcasters upload them to their own, local Eurovision site.

San Marino broadcaster SMtv televised the previews for the first time in 2012, showing the videos in multiple programmes in the run up to the contest on a rotating basis, hosted by John Kennedy O'Connor.[4] SMtv has broadcast them every year since, under various formats. In 2014 O'Connor presented each entry on location in San Marino and in 2015 each entry was linked by video to the participating country. The 2016, 2017 & 2018 previews were presented in a studio setting.[5]

In the United Kingdom, the BBC broadcast the programmes in two parts, every year from 1971 to 1994 on BBC1 and then again in 2002 and 2003 on BBC Choice, later BBC Three, in multiple shows over one week. The preview shows have been hosted by a variety of presenters over the years; including Terry Wogan, Gloria Hunniford, Ken Bruce and Lorraine Kelly.

Generally, but by no means always, the songs were broadcast in the order they would appear in the contest, with the UK entry saved until the end. For 1979 to 1982, the songs were shown in a random order, despite host Terry Wogan insisting in 1979 that the songs were being shown in competition order during the broadcasts. In 1982, the UK entry was scheduled to be broadcast at the end of the second programme, but was also included in the first programme in the absence of the Greek entry that was withdrawn while the shows were in production. In 1983, the UK preview video consisted of the group Sweet Dreams in speed boats off the coast of Dover, Southern England, with the engine noise of the vessels included in the soundtrack, partially obscuring the song itself.

With only two exceptions (1972 and 1973) the shows were broadcast on Sunday afternoons. In 1972, the shows were given a prime-time airing in the BBC1 evening schedule.

From 1976 to 1985, the BBC provided a specifically filmed 'video' of the artist on location in the UK. In all other years, they have simply provided the performance from the national final, although often the artist's record company will also send their own commercially released video for use by the broadcasters, but these were never shown in the UK broadcasts. From 1984, the BBC included the contributing broadcasters acronym on screen for each entry.

The UK broadcast details are as follows, with the countries listed in the order they were shown: 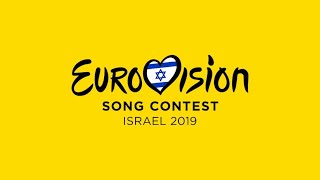 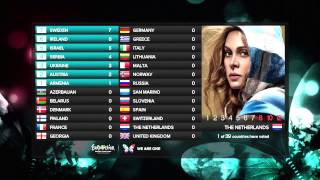 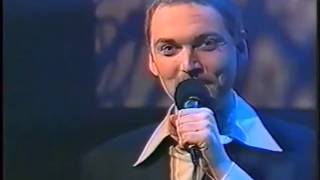 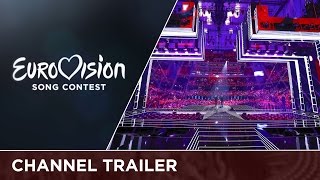 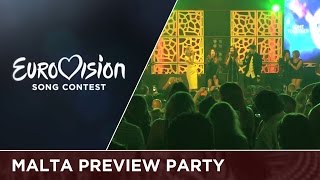 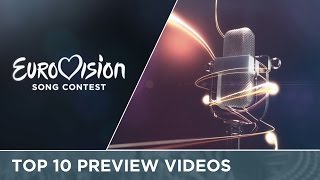 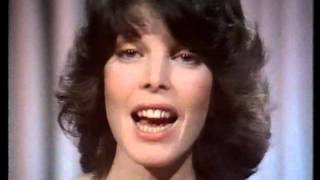 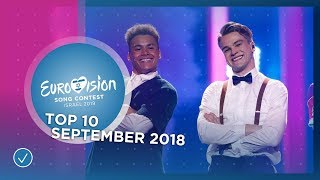 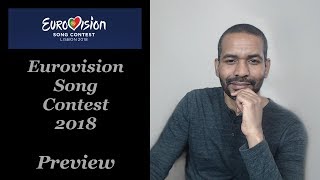 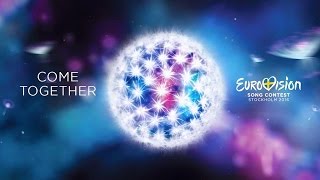 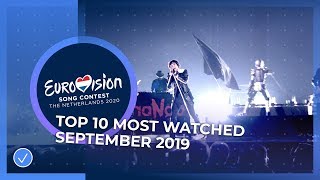 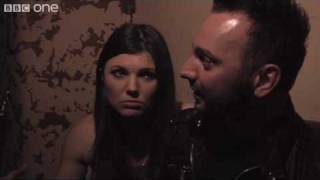 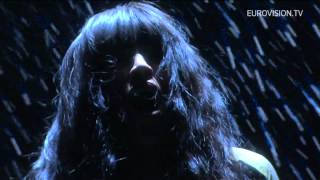 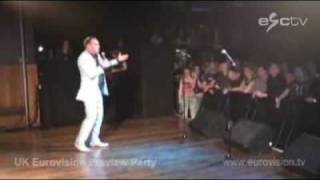 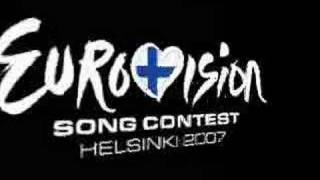 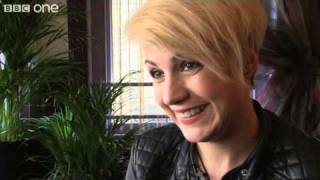 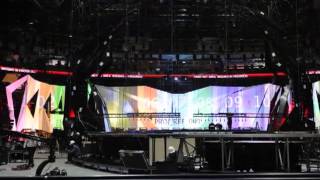 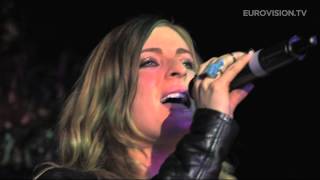