The Eastman School of Music is the professional school of music of the University of Rochester in Rochester, New York. It was established in 1921 by industrialist and philanthropist George Eastman.[1][2][3]

It offers Bachelor of Music (B.M.) degrees, Master of Arts (M.A.) degrees, Master of Music (M.M.) degrees, Doctor of Philosophy (Ph.D.) degrees, and Doctor of Musical Arts (D.M.A.) degrees in many musical fields. The school also awards a "Performer's Certificate" or "Artist's Diploma". In 2015, there were more than 900 students enrolled in the collegiate division of the Eastman School (approximately 500 undergraduate and 400 graduate students). Students came from almost every state of the United States, with approximately 25% foreign students. Each year approximately 2000 students apply (1000 undergraduates and 1000 graduates). The acceptance rate was 13% in 2011 and about 1,000 students (ranging in age from 16 years to over 80 years of age) are enrolled in the Eastman School's Community Music School.

Alfred Klingenberg, a Norwegian pianist, was the school's first director, serving from 1921 to 1923. He was succeeded by composer Howard Hanson in 1924, who had an enormous impact on the development of the school, including influencing the creation the first Doctor of Musical Arts degree in the United States,[4] and holding his post for four decades and continuing his involvement at Eastman after his retirement. Since the founding of the Eastman School of Music in 1921, the school has been directed by six men. After a one-year interim under Acting Director Raymond Wilson, the young American composer and conductor Howard Hanson was appointed director of the school in 1924. Dr. Hanson is credited for transforming the Eastman School into a top school. Upon his retirement in 1964, after serving as director of the school for 40 years, Hanson was succeeded by conductor Walter Hendl.

Hendl served as director from 1964 to 1972, and was then succeeded by pianist and musicologist Robert Freeman who served from 1972 to 1996. Associate Director Daniel Patrylak served as the acting director from the time of Mr. Hendl's resignation (May 1972) until Robert Freeman assumed the position in July 1973. Following the resignation of Robert Freeman in 1996, James Undercofler was then appointed Director and Dean of the Eastman School, and held that position until he resigned in 2006 to accept the position of C.E.O. and President of the Philadelphia Orchestra. Jamal Rossi, an Eastman alumnus, was appointed Interim Dean of the Eastman School in April 2006. On May 21, 2007, composer/conductor Douglas Lowry, formerly the dean of the University of Cincinnati College-Conservatory of Music, was appointed Dean of the Eastman School, to begin serving in 2007.[5] Following Lowry's death in 2013, Rossi was appointed Dean.

The Eastman Theatre opened in 1922 as a center for music, dance, and silent film with orchestral and organ accompaniment. Today, the 3,094-seat theatre is the primary concert hall for the Eastman School's larger ensembles, including its orchestras, wind ensembles, jazz ensembles, and chorale. Also, the Eastman Opera Theatre presents fully staged operatic productions in the theatre each spring. It also is the principal performance venue for the Rochester Philharmonic Orchestra. A $5 million renovation of the theatre was completed in 2004. The theatre is located at 60 Gibbs Street, on the corner of Main and Gibbs Streets. Due to a $10 million donation by Eastman Kodak Inc. in April 2008, the Eastman Theatre was officially renamed "Kodak Hall at Eastman Theatre" upon the renovation's completion in 2010.

The Sibley Music Library—the largest academic music library in North America[6]—is located across the street from the main hall. Hiram Watson Sibley founded the library in 1904 using the fortune he made as first president of Western Union. It moved to its current location in 1989, and occupies 45,000 square feet (4,200 m2) on the 2nd, 3rd and 4th floors of the Miller Center, formerly known as Eastman Place. The Sibley Music Library currently holds almost 750,000 items, ranging from 11th century codices to the latest compositions and recordings. Considered among its jewels are the original drafts of Debussy's impressionistic masterpiece, "La Mer."

The Student Living Center, which is located at 100 Gibbs Street, is the dormitory building of the Eastman School of Music. In 1991, the new building was opened at the corner of Main and Gibbs Streets, replacing the University Avenue dormitories built nearly 70 years earlier. It is a four-story quadrangle and 14-story tower surrounding a landscaped inner courtyard, and contains its own dining hall. The majority of students enrolled in the undergraduate program live on campus in this building.

The school offers Bachelor of Music (B.M.) degrees, Master of Arts (M.A.) degrees, Master of Music (M.M.) degrees, Doctor of Philosophy (Ph.D.) degrees, and Doctor of Musical Arts (D.M.A.) degrees in many musical fields. The school also awards a "Performer's Certificate" or "Artist's Diploma" to students who demonstrate exceptionally outstanding performance ability. The Institute for Music Leadership, which was formed in 2001, offers a variety of diploma programs designed to educate and give students the skills and experience necessary to meet the demands of performance and education in today's changing musical world. In 2018, The Institute for Music Leadership created a Master of Arts degree in Music Leadership, which is designed for musicians who seek to lead traditional and/or non-traditional musical arts organizations. This new degree program combines intense classroom study, courses from Eastman's rich performance and scholarly offerings, and hands-on experiences through internships and mentorships.

The Institute for Music Leadership (IML) was created to engage musicians in new ways and challenge them to think more broadly about music, its role, and their role in society. It serves as a center for the creation and implementation of new ideas related to music leadership, for Eastman students, alumni, and practicing musicians at all stages of their careers. The goals of the IML reflect the expansion of Eastman's role as an innovator and a standard bearer in professional development. The IML consists of five areas: M.A. in Music Leadership, Careers and Professional Development, Catherine Filene Shouse Arts Leadership Program (ALP), Center for Music Innovation and Engagement (CMIE), The Orchestra Musician Forum (OMF) and its website Polyphonic.org. 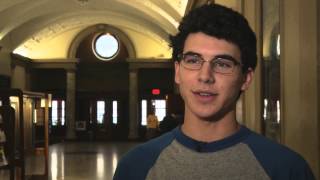 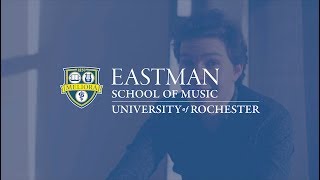 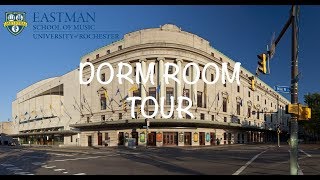 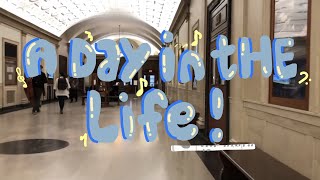 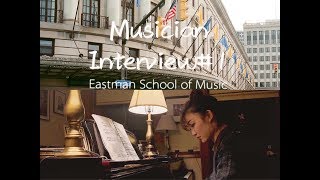 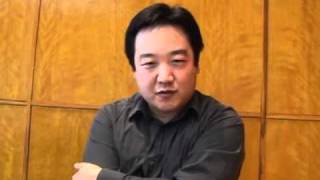 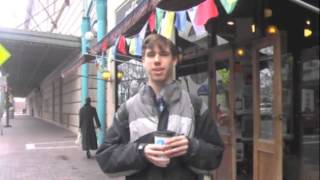 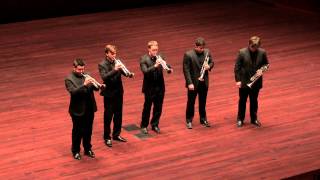 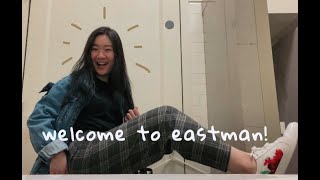 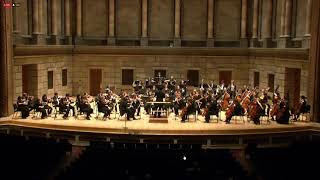 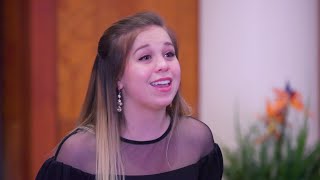 Eastman Opera Theatre Presents "The Marriage of Figaro": A Look Behind the Scenes
Watch   Add to List   Share 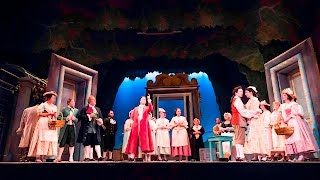 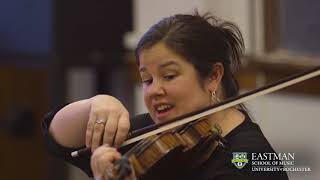 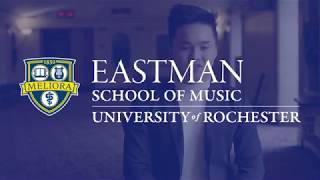 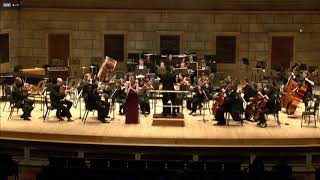