Downtown Detroit is the central business district and a residential area of the city of Detroit, Michigan, United States. Locally, downtown tends to refer to the 1.4 square mile region bordered by M-10 (Lodge Freeway) to the west, Interstate 75 (I-75, Fisher Freeway) to the north, I-375 (Chrysler Freeway) to the east, and the Detroit River to the south. Although, it may also refer to the Greater Downtown area, a 7.2 square mile[1] region that includes surrounding neighborhoods such as Midtown, Corktown, Rivertown, and Woodbridge.

Downtown contains a lot of historic architecture, including prominent skyscrapers, ranging from the Renaissance Center, the Penobscot Building, One Detroit Center, and the Guardian Building. Historic churches, theatres, and commercial buildings anchor the various downtown districts. Downtown has a number of parks including those linked by a promenade along the International Riverfront. Its central square is Campus Martius Park.

Following the Detroit fire of 1805, the design for the downtown area was left open to a new vision. Augustus B. Woodward proposed a radial design[2] for the post-fire city, where major streets such as Woodward, Washington, and Madison Avenue would spiral off Grand Circus Park.

The downtown streets still loosely follow Woodward's original design. Business in Detroit boomed along with its growing automobile industry, leading to an increase in downtown's population and wealth. Much of the downtown area's architecture was built during this boom, in the late 19th century and early 20th century, and still attracts the attention of architects. Several buildings were built by the famous Minoru Yamasaki (most well-known for designing the twin towers in New York City), including the McGregor Memorial Conference Center and Federal Reserve Bank of Chicago Detroit Branch Building.

The area where I-375 is lies on the historic site of Black Bottom and Paradise Valley. Black Bottom was one of the city's major African American communities, historically named by French colonial settlers for its rich soil.[3] Paradise Valley was the business and entertainment district of Black Bottom, best known for its Paradise Theatre and Hotel Gotham, where prominent jazz figures such as Duke Ellington, Billie Holiday, and Louis Armstrong performed and stayed respectively. Both neighborhoods were demolished to build I-375, and have since been replaced with Lafayette Park.

Downtown was once notorious for its abandonment, vacant buildings, and disinvestment, especially once the city filed for bankruptcy in 2013. The effects of such can still be seen today the further one travels outside of the downtown area.

The Renaissance Center along the International Riverfront

However, in recent years, the downtown area has seen tremendous growth and redevelopment.

Since 2000 a number of major construction projects have been completed including the new Compuware Headquarters at Campus Martius Park and two new stadiums: Comerica Park and Ford Field. General Motors moved their headquarters into the Renaissance Center, and the Detroit Lions have relocated from Pontiac to Downtown Detroit. High-profile events like the 2005 MLB All-Star Game, Super Bowl XL, and the 2006 and 2012 World Series have taken place in downtown, generating income for local businesses and spurring more growth.[4] As a result, new residents are moving into Detroit in the assortment of new lofts that are opening. An example of these trends is the Westin Book-Cadillac Hotel. In 2006, the Cleveland-based Ferchill Group began the $180 million redevelopment of the historic Book Cadlliac Hotel at the corner of Washington Blvd. and Michigan Avenue. The project, which has been hailed by preservationists houses a 455-room Westin Hotel, 67 high-end condominiums, and two to three restaurants, and some miscellaneous retail serving hotel and conference center guests. DTE Energy Headquarters features an urban oasis of parks, walkways, and a reflecting pool.[5]

In 2007, Downtown Detroit was named among the best big city neighborhoods in which to retire by CNN Money Magazine editors.[6] Downtown contains popular destinations including, the International Riverfront, the MGM Grand Detroit, Greektown Casino Hotel, and many sites listed on the National Register of Historic Places.

Downtown Detroit hosts over 92,000 workers which make up about one-fifth of the city's total employment base; in addition, it is home to about 5,300 residents. Downtown offers a number of residential high rises, including Riverfront Towers, The Albert, and Town Residences.[7][8]

The Renaissance Center contains the Detroit Marriott hotel, General Motors headquarters, as well as many shops and restaurants. Compuware has its headquarters in the Compuware World Headquarters building by Campus Martius Park in Downtown Detroit.[9] Compuware moved its headquarters and 4,000 employees to Downtown Detroit in 2003.[10]Little Caesars and Olympia Entertainment have their headquarters in the Fox Theatre.[11][12]Ernst & Young has offices in One Kennedy Square on Campus Martius Park. Pricewaterhouse Coopers has offices in a building across from Ford Field. Chrysler maintains executive offices at Chrysler House in the city's Financial District. In 2011, Quicken Loans moved its headquarters and 4,000 employees to downtown. Comerica Bank and Blue Cross Blue Shield of Michigan are also major employers downtown.

Throughout the late 2010s, a large amount of business and investment have continued to enter the city and transform it. As of 2019, businesses such as Shinola, Google, Moosejaw, and Nike occupy the once-vacant street fronts. Investments such as new bike lanes, the Little Caesars Arena and QLine have been successful in attracting newcomers to the city. Downtown's transformation in recent years has also perpetuated the discussion of gentrification within the city. The downtown area is notably wealthier than other parts of the city, and has attracted a new demographic of white, middle class tourists and residents, physically and culturally displacing the black residents of the inner city. The ever-increasing lack of affordable housing and venues for locals have further contributed to this displacement.[13] It is an ongoing debate whether or not this redevelopment is good for the downtown area and Detroit as a whole. The Elwood Bar and Grill is listed on the National Register of Historic Places and is within the Grand Circus Park Historic District.

As recently as 2011 the population of full-time residents in Downtown Detroit was relatively low.[15] However, its population grew by an estimated 15 percent between 2012 and 2016 as it experienced a construction boom.[16] Federal offices are in the Patrick V. McNamara Federal Building. They include an FBI field office.[20]

The Detroit Greyhound Lines station is directly west of Downtown along the John C. Lodge Freeway.[21] The Detroit Department of Transportation system provides mass-transit by bus. The Rosa Parks Transit Center, completed in 2009, serves as the main hub for the bus systems downtown. It is adjacent to two stops on the Detroit People Mover. The People Mover, a 2.94-mile (4.7 km) automated rail rapid transit system, operates on a single-track, one-way loop through the downtown area. Suburban Mobility Authority for Regional Transportation has its headquarters in the Buhl Building in Downtown Detroit.[22]

In late July 2014, construction began on the M-1 Rail Line, which opened to the public in 2017. It runs 3.3 miles on Woodward Avenue from Congress Street in Downtown Detroit to the Grand Boulevard station in New Center.[23]

October 28, 2014, Fifth Third Bank announced plans to move its Michigan regional headquarters from Southfield to downtown Detroit in what will be named the Fifth Third Bank Building at One Woodward. The bank will occupy about 62,000 sq ft (5,800 m2) of the structure and has also pledged to invest $85 million in the city of Detroit.[33] The office had 150 employees.[34] The building where the Detroit News and Free Press were previously headquartered.

The Detroit Media Partnership, housing both The Detroit News and the Detroit Free Press, has its headquarters in Downtown Detroit.[40]

The Metro Times was previously headquartered in the Detroit Cornice and Slate Company Building in Downtown.[41]

The studio of WDIV (Detroit's NBC affiliate) is located in Downtown Detroit; it is the only TV station in the Detroit media market with studios located in the city as WXYZ, WJBK, WWJ, WMYD, WPXD, and WKBD (affiliates of ABC, Fox, CBS, MyNetworkTV, Ion Television and The CW respectively) have their studios in the nearby city of Southfield.

Downtown Detroit has seen a major growth in entertainment [42][43] in the past decade. Campus Martius Park is open year-round, with ice skating in the winter with a huge Christmas tree display, to a large fountain and many concerts in the summer. Downtown Detroit has also seen major growth in retail, such as Michigan-based Moosejaw outdoor clothing. In December 2012, the largest Buffalo Wild Wings in the country opened in the district, and a new mixed-use development by CEO Dan Gilbert, businessman, and developer, The Z, due to its Z-like shape, with 1,300 parking spaces, artwork, LED lighting, and 33,000-square-feet of street level retail space. The Z is full of murals and other artwork from 27 international artists, and the floors are color-coded. The Z opened on January 30, 2014. On December 10, 2014, Punch Bowl Social opened a new 24,000-square-foot bi-level eatery and entertainment complex in The Z structure.[44]

Some places for entertainment and attractions within the downtown region include the following: The Detroit College of Law was in Downtown Detroit until 1997. It moved to East Lansing, Michigan in 1997 and is now known as the Michigan State University College of Law.

The Detroit Public Library operates the Rose and Robert Skillman Branch Library downtown at 121 Gratiot with the library headquarters located in Midtown. The downtown branch first opened January 4, 1932. Skillman received its current name after the Skillman Foundation donated to the library system.[59] 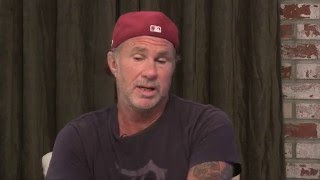 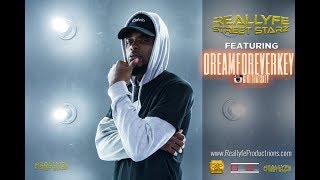 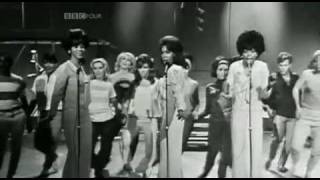 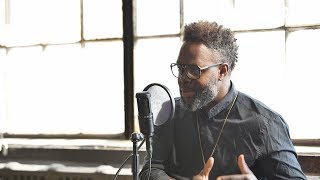 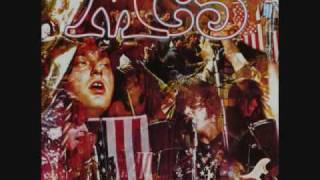 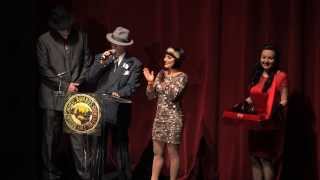 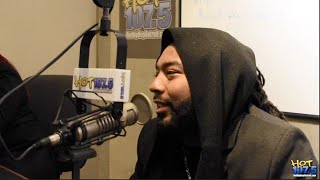 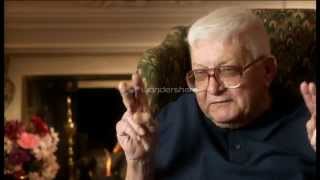 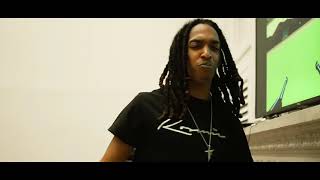 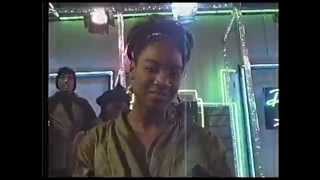 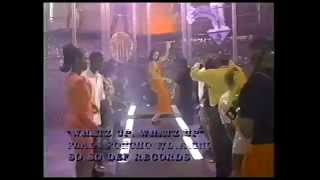 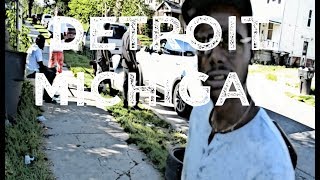 The Scene Detroit Reunion 30th Reunion. I don't own the rights to this music
Watch   Add to List   Share 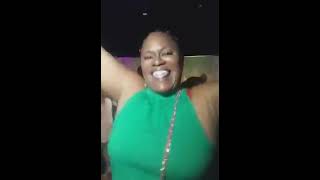 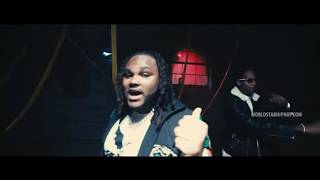 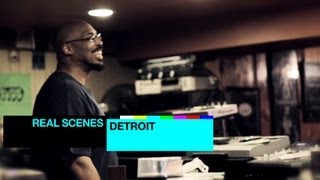 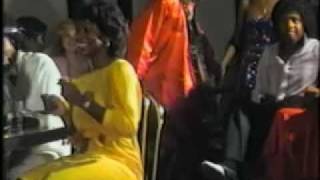 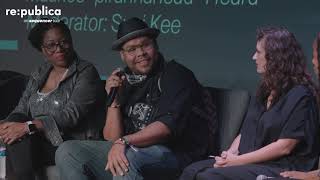