Doom metal is an extreme style of heavy metal music that typically uses slower tempos, low-tuned guitars and a much "thicker" or "heavier" sound than other metal genres. Both the music and the lyrics intend to evoke a sense of despair, dread, and impending doom.[3] The genre is strongly influenced by the early work of Black Sabbath,[3] who formed a prototype for doom metal with songs such as "Black Sabbath", "Children of the Grave", "Electric Funeral" and "Into the Void". During the first half of the 1980s,[3] a number of bands from England (Pagan Altar, Witchfinder General), the United States (Pentagram, Saint Vitus, Trouble) and Sweden (Candlemass, Count Raven) defined doom metal as a distinct genre.

The electric guitar, bass guitar and drum kit are the most common instruments used to play doom metal, although keyboards are sometimes used. Guitarists and bassists often downtune their instruments to very low notes and make use of large amounts of distortion. This produces a very "thick" or "heavy" guitar tone, which is one of the defining characteristics of the genre. Along with the usual heavy metal compositional technique of guitars and bass playing the same riff in unison, this creates an impressively loud and bass-heavy wall of sound. Another defining characteristic is the consistent focus on slow tempos,[3] and minor tonality with much use of dissonance (especially in the form of the tritone).

Lyrics in doom metal play a key role. Often, they are gloomy and pessimistic,[4] include themes such as: suffering, depression, fear, grief, dread, death and anger. While some bands write lyrics in introspective and personal ways, others convey their themes using symbolism - which may be inspired by literature.

Some doom metal bands use religious themes in their music. Trouble, one of the genre's pioneers, were among the first to incorporate Christian imagery. Others have incorporated occult and pagan imagery. For many bands, the use of religious themes is for aesthetic and symbolic purposes only. Examples include lyrics/imagery about the Last Judgment to invoke dread, or the use of crucifixes and cross-shaped headstones to symbolize death.

Furthermore, some doom metal bands write lyrics about drugs or drug addiction. This is most common among stoner doom bands, who often describe hallucinogenic or psychedelic experiences. Doom metal is rooted in the music of early Black Sabbath.[3] Black Sabbath's music is itself stylistically rooted in blues, but with the deliberately doomy and loud guitar playing of Tony Iommi, and the then-uncommon dark and pessimistic lyrics and atmosphere, they set the standards of early heavy metal and inspired various doom metal bands. In the early 1970s both Black Sabbath and Pentagram (also as side band "Bedemon") composed and performed this heavy and dark music, which would in the 1980s begin to be known and referred to as doom metal by subsequent musicians, critics and fans.

Aside from Pentagram and Black Sabbath, other groups from the 70s would heavily influence the genre's development. Blue Cheer is often hailed as one of the first stoner metal bands. Through the use of loud amplifiers and guitar feedback, their debut Vincebus Eruptum created a template for other artists to follow.[5] Though lacking the pessimistic lyrical content of their contemporaries, Welsh heavy metal band Budgie would also produce heavy songs which were amongst the loudest of their day, stylistically influencing various doom metal acts.[6] Early doom metal was also influenced by Japan's Flower Travellin' Band, particularly their albums Kirikyogen and Satori.[7] Other notable groups include Sir Lord Baltimore,[8]Buffalo,[9]Bang,[10]Necromandus,[11]Lucifer's Friend,[11]Jacula,[7]Iron Claw[12] and Leaf Hound.[12]

During the early-mid-1980s, bands from England and the United States[3] contributed much to the formation of doom metal as a distinct genre. In 1982, English pioneers Witchfinder General released their debut album Death Penalty. During 1984 and 1985, three American pioneers also released their debuts; Saint Vitus released their eponymous album, Trouble released Psalm 9 and Pentagram released Relentless. The Swedish Candlemass would also prove influential with their first record Epicus Doomicus Metallicus in 1986 (and prior to that, as Nemesis and the 1984 album Day of Retribution), from which the genre takes its name.[3]

Some doom metal bands were also influenced by the underground gothic rock and post-punk scene of the 1980s, showing similarities with the dark themes addressed through lyrics and the music atmosphere, both music styles deal with. A doom metal band like Mindrot was often described as a cross-over between death metal and gothic rock.[13]

Like other extreme metal genres, doom metal also has regionally based scenes, with their own particular characteristics:

In one of the greatest doom metal outputs, Finnish groups focus more on the depressive mood of the genre, evoking an intense grieving feeling.[14] The bands play with very slow tempos and melodic tones, creating an atmosphere of darkness and melancholia.[14][15] This scene was kick-started by the band Rigor Mortis (which, due to an older US band with the same name, changed their name to Spiritus Mortis), which originated in 1987.[16][17] Notable bands include Reverend Bizarre,[18]Minotauri,[17]Dolorian,[14]Shape of Despair,[14]Thergothon,[14]Skepticism[14] and Unholy.[19]

Regarded as sludge metal's birthplace,[3] this scene originated in New Orleans in the late 1980s.[20][21][22] The bands of this scene, especially the ones that came from Louisiana, employ some punk influences, like harsh vocals, guitar distortion and downtuned sound.[23][24][25] This scene was pioneered by Exhorder, who was the first band to combine doom metal with a punk-influenced metal sound.[22] In the 90s, several sludge and stoner metal bands arose in the region, mainly influenced by bands like Black Sabbath and Melvins, also mixing their sound with genres like hardcore punk and Southern rock.[21][25][26][27] Notable bands include Eyehategod,[21]Down,[26]Exhorder,[22]Crowbar,[25]Acid Bath[28][29] and Torche.[30]

Formed in the early 1970s, this scene was kickstarted by Pentagram.[31] Various doom/stoner bands, mostly from Maryland and Virginia, formed in this region, being heavily influenced by early Hard rock/Heavy metal bands, like UFO, Blue Cheer, Black Sabbath, Uriah Heep and Sir Lord Baltimore.[31][32] Notable bands include The Obsessed,[32][33]Saint Vitus,[33]Evoken,[34]Internal Void,[32]Spirit Caravan,[31][32]Earthride[31] and The Hidden Hand.[33]

Epic doom has a heavy classical influence. One of the main characteristics are the vocals; vocalists typically employ clean, operatic and choral singing.[41][42] Lyrics and imagery are typically inspired by fantasy or mythology, while the drumming is performed in a bombastic fashion. However, distinguishing epic doom from traditional doom may be difficult. Examples of prominent epic doom bands include Candlemass,[43]Solitude Aeturnus, Solstice and Doomsword.

Stoner doom, stoner metal or psychedelic doom describes doom metal that incorporates psychedelic elements, to varying degrees. Stoner doom is often bass-heavy and makes much use of guitar effects such as fuzz, phaser or flanger. Stoner doom could be viewed as the heavier and slower form of stoner rock, as the two styles emerged simultaneously. It was pioneered in the early-mid-1990s by bands such as Kyuss, Sleep, Cathedral, Acid King, Electric Wizard, Orange Goblin and Sons of Otis.

Sludge doom (also known as sludge metal) is a style that combines doom metal and hardcore punk, and sometimes southern rock. Many sludge bands compose slow and heavy songs that contain brief hardcore passages.[21][25] However, some bands emphasise fast tempos throughout their music.[44] The string instruments are heavily distorted and are often played with large amounts of feedback to produce an abrasive, sludgy sound. Drumming is often performed in typical doom metal fashion, but drummers may employ hardcore d-beat or double-kick drumming during faster passages. Vocals are usually shouted or screamed, and lyrics often focus on suffering, drug abuse, politics and anger towards society. The style was pioneered in the early late 1980s by the Melvins, and in the 1990s by bands such as Eyehategod,[21]Crowbar,[25]Buzzov*en,[44]Acid Bath[45] and Grief.[46] Drone doom (also known as drone metal) is a style of doom metal that is largely defined by drones; notes or chords that are sustained and repeated throughout a piece of music. Typically, the electric guitar is performed with large amounts of reverb and feedback[47] while vocals, if present, are usually growled or screamed. Songs are often very long and lack beat or rhythm in the traditional sense. Drone doom is generally influenced by drone music,[47]noise music[47] and minimalist music.[47] The style emerged in the early 1990s and was pioneered by Earth,[48]Boris and Sunn O))).[47]

Funeral doom is a style of doom metal that crosses death-doom with funeral dirge music. It is played at a very slow tempo, and places an emphasis on evoking a sense of emptiness and despair. Typically, electric guitars are heavily distorted and dark ambient aspects such as keyboards or synthesizers are often used to create a "dreamlike" atmosphere. Vocals consist of mournful chants or growls and are often in the background. Funeral doom was pioneered by Mournful Congregation (Australia), Esoteric (United Kingdom), Evoken (United States), Funeral (Norway), Thergothon (Finland) and Skepticism (Finland).[49]

Black-doom, also known as blackened doom, is a style that combines doom metal and black metal.[50][51] Examples of blackened doom bands include Barathrum,[52]Forgotten Tomb, Woods of Ypres,[53]Deinonychus,[54] and early Katatonia.[55] Death-doom is a style that combines the slow tempos and pessimistic atmosphere of doom metal with the deep growling vocals and double-kick drumming of death metal.[56] Influenced mostly by the early work of Hellhammer/Celtic Frost, the style emerged during the late 1980s and gained a certain amount of popularity during the 1990s.[56] Death-doom was also pioneered by bands such as Winter,[57]Disembowelment,[57]Paradise Lost,[57]Autopsy, Anathema and My Dying Bride.[57] 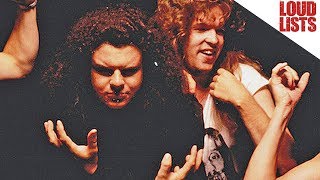 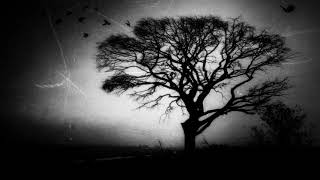 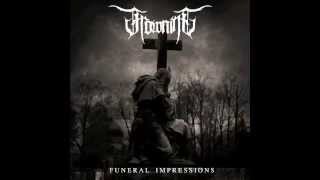 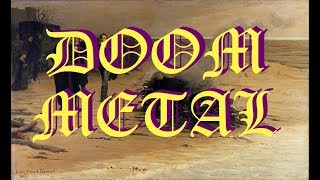 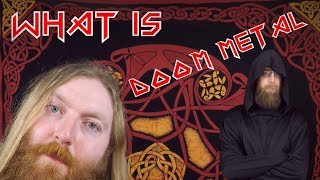 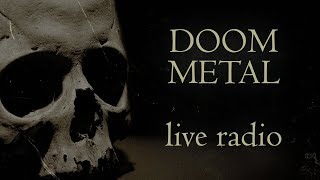 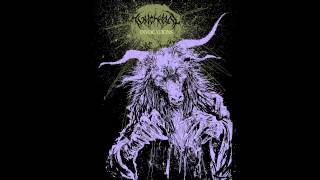 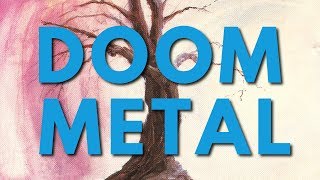 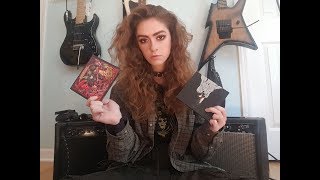 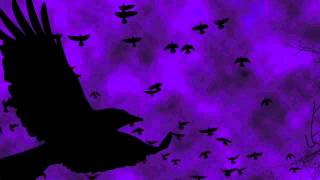 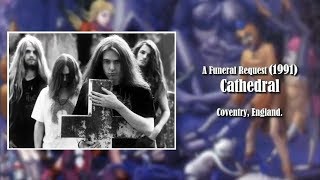 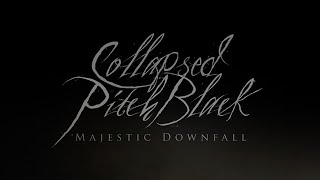 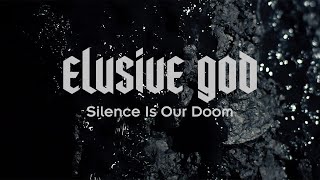 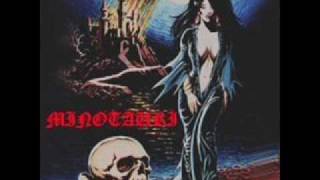 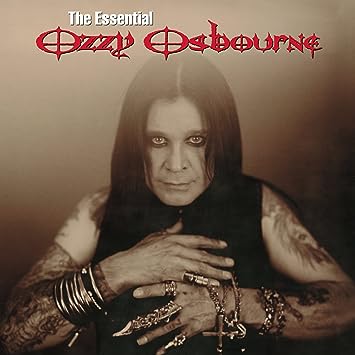 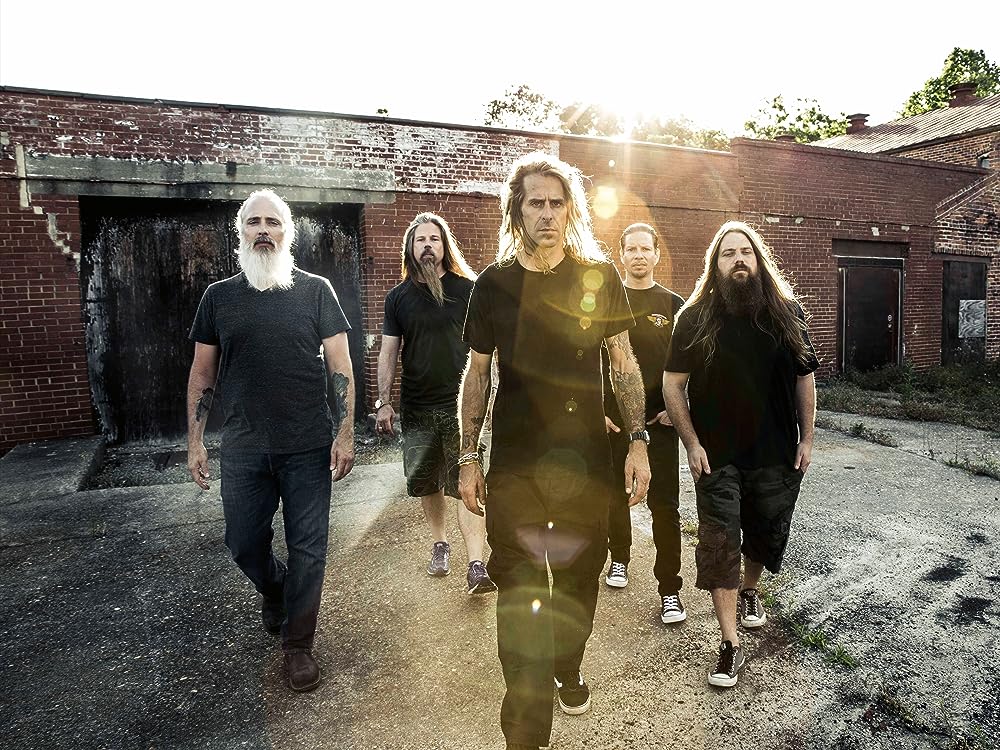 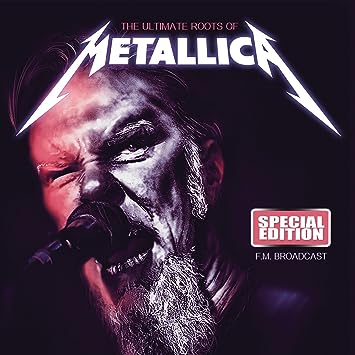