Dobbs Ferry is a village in Westchester County, New York. The population was 10,875 according to 2010 United States Census.[2] The village of Dobbs Ferry is located in, and is a part of, the town of Greenburgh. The village ZIP code is 10522. Most of the village falls within the boundaries of the Dobbs Ferry Union Free School District.

Dobbs Ferry was ranked seventh in the list of the top 10 places to live in New York State for 2014 according to the national online real estate brokerage Movoto.[3] Dobbs Ferry is also the first village in New York State certified as a Climate Smart Community and was granted in 2014 the highest level given out in the state.[4][5]

Dobbs Ferry was named after Jeremiah Dobbs, a descendant of William Dobbs, of Swedish and Dutch ancestry[6] whose family ran a ferry service[7] that traversed the Hudson River at this location.[8] Dobbs was a fisherman and settled near the southern part of what is now Dobbs Ferry, and he "added to his meager income by ferriage of occasional travelers across the Hudson. He used a style of boat known at that day as a periauger, a canoe hollowed out of a solid log. . . From this primitive ferry the village took its name."[6]

Dobbs Ferry played a vital role in the American Revolutionary War. The position of the village opposite the northernmost end of the Palisades gave it importance during the war. The region was repeatedly raided by camp followers of each army; earthworks and a fort, commanding the Hudson ferry and the ferry to Paramus, New Jersey, were built; the British army made Dobbs Ferry a rendezvous, after the Battle of White Plains in November 1776, and the continental division under General Benjamin Lincoln was here at the end of January 1777.[9]

In July and August 1781, during the seventh year of the war, Continental Army troops commanded by General George Washington were encamped in Dobbs Ferry and neighboring localities, alongside allied French forces under the command of the Comte de Rochambeau.[10] A large British army controlled Manhattan at the time, and Washington chose the Dobbs Ferry area for encampment because he hoped to probe for weaknesses in the British defenses, just 12 miles (19 km) to the south. But on August 14, 1781, a communication was received from French Admiral Comte de Grasse in the West Indies, which caused Washington to change his strategy. De Grasse's communication, which advocated a joint land and sea attack against the British in Virginia, convinced Washington to risk a march of more than 400 miles (640 km) to the Chesapeake region of Virginia. Washington's new strategy, adopted and designed in mid-August 1781, at the encampment of the allied armies, would win the war. The allied armies were ordered to break camp on August 19, 1781: on that date the Americans took the first steps of their march to Virginia along present-day Ashford Avenue and Broadway, en route to victory over General Cornwallis at the Siege of Yorktown and to victory in the Revolutionary War.[11]

The village was originally incorporated in 1873 as Greenburgh, but the name was changed to Dobbs Ferry in 1882.

The current local government of Dobbs Ferry is headed by Mayor Vincent Rossillo; a Democrat. Rossillo was elected in November 2019.

There were 3,792 households out of which 34.5% had children under the age of 18 living with them, 54.8% were married couples living together, 10.0% had a female householder with no husband present, and 32.2% were non-families. Of all households, 27.6% were made up of individuals and 8.4% had someone living alone who was 65 years of age or older. The average household size was 2.55 and the average family size was 3.13.

The village is bounded on the west by the Hudson River, and on the east by the Saw Mill River. Wickers Creek (name derived from the indigenous Weckquaesgeek) runs east to west through the center of the village from its main source in the Juhring Nature Preserve, Todd's Pond.

The village consists of a series of neighborhoods as defined in the 2010 Vision Plan, the Master Plan for the village. These neighborhoods are not popularly recognized as of 2014. As the Vision Plan states, "Sometimes the boundaries of these neighborhoods are clearly defined, but other times less so. Where necessary, boundaries have been interpolated." The neighborhoods are: Springhurst Park, Broadway, Wickers Creek, Waterfront, Old Town, Fairmead, Riverview Manor, Villard, Osborne, Belden, Maple, Walgrove, Virginia, Beacon Hill, Campuses and Woods, Parkway, Southfield, Knoll, Northfield, and Juhring. (Homes in Juhring are commonly referred to by real estate brokers as part of the Ardsley Park neighborhood, which encompasses the Juhring neighborhood in Dobbs Ferry and the Ardsley-on-Hudson neighborhood of Irvington, New York.).[26]

Mercy College, a private institution with undergraduate and graduate programs, has its main campus in Dobbs Ferry. Our Lady of Victory Academy, a local parochial school offering grades 9-12 for girls, was located on the campus of Mercy College until its closing in 2011.

The Masters School is a private school located south of the town center that offers grades 5-12 for boys and girls. It is a boarding or day school that was founded in 1877 by Eliza Masters. The school contains a mansion called Estherwood.[28]

An Alcott Montessori School is located in the town.

Almost 10% of households do not own a car and rely on public transit, bicycling, and walking.[26]

Several lines of the Bee-Line Bus System run through Dobbs Ferry, facilitating north-south travel along the Broadway/Route 9 corridor and east-west along Ashford Avenue. The village operates a shuttle bus from the train station in the afternoon and evenings.[29]

Commuter rail service to Grand Central Terminal is available via the Dobbs Ferry station, served by Metro-North Railroad. The train runs on the Hudson Line, and travel time from Dobbs Ferry to Grand Central Terminal is approximately 37 minutes on an express train and 43 minutes on a local train. Many Metro North riders connect to the New York City Subway's train at Marble Hill to reach destinations on the west side of Manhattan, or at Harlem-125th Street station for the Upper East Side.

Amtrak inter-city rail trains travel on the Hudson Line tracks, but trains do not stop in the village. The closest Amtrak stations are Yonkers and Croton-Harmon stations.

In 2018 Brooke Lea Foster of The New York Times stated that it was one of several "Rivertowns" in New York State, which she described as among the "least suburban of suburbs, each one celebrated by buyers there for its culture and hip factor, as much as the housing stock and sophisticated post-city life."[30] Of those, Foster stated that Dobbs Ferry had the most ethnic/cultural diversity.[30]

The village's Recreation Department runs a variety of programs out of the Embassy Community Center, including art and dance classes, sports leagues, summer camp, and other activities open to the public. Programs for older adults are also well-funded and used. Additional sports leagues for baseball and soccer are run independently but use village facilities.

There are a variety of village public parks, in order of size:

Two linear parks used for active transportation and recreation traverse Dobbs Ferry as well. The Old Croton Aqueduct Trailway, a linear State Park, runs north-south through the village on its western side. The South County Trailway, a linear Westchester County park also runs north-south through the village, but on its eastern side along the bank of the Saw Mill River. There are also segments of trails unconnected to each other, including the Gateway Trail near Estherwood Avenue and Spoiler's Run[34] near Belden Avenue.

Dobbs Ferry is served by a paid police department, a volunteer fire department (housing three pumpers and one tower ladder in two firehouses) and a volunteer ambulance corps (possessing two ambulances (one equipped with four-wheel-drive) and a fire rehab unit). As a part of the Town of Greenburgh, the village is eligible for additional coverage from the town services. Mutual aid agreements exist with neighboring municipalities for further coverage. 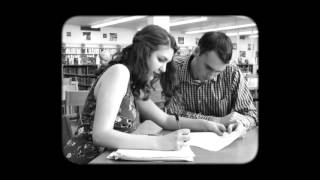 This is how a New York nonprofit called The Childrens Village treats teens who commit crimes.
Watch   Add to List   Share 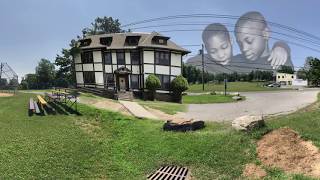 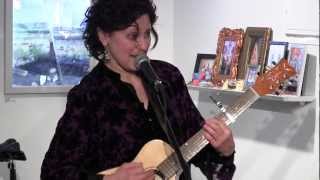 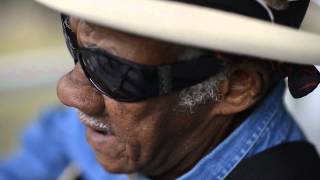 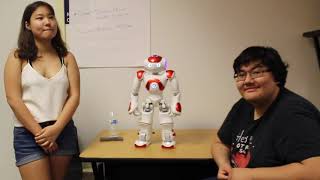 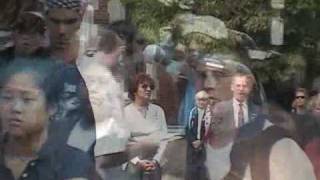 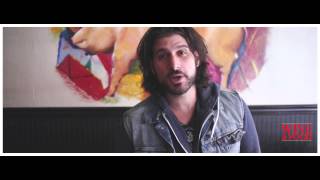 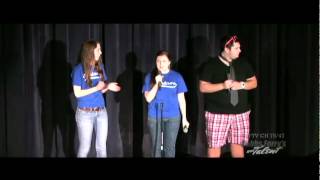 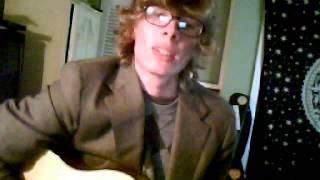 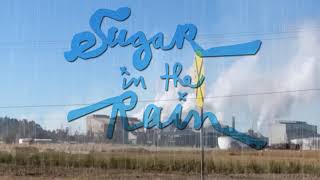 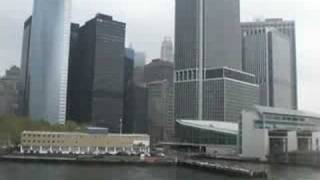 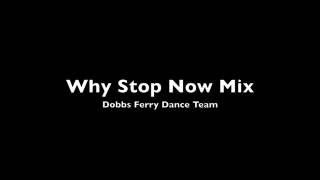 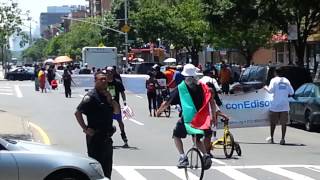 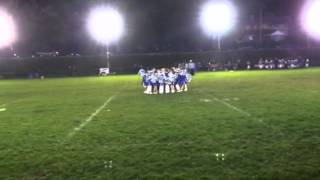 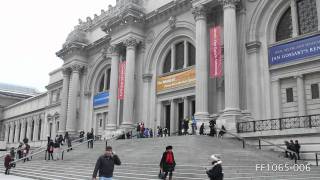 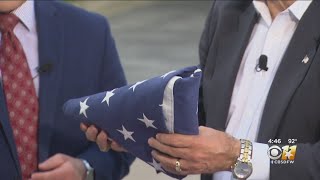 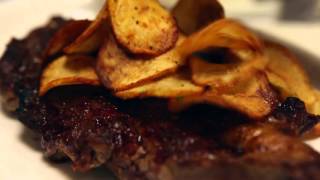 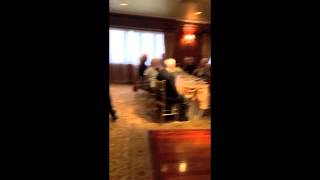