Darkest Hour is an American heavy metal band from Washington, D.C., formed in 1995. Though failing to break early in their tenure, the band has received acclaim for their albums Undoing Ruin, Deliver Us, and The Eternal Return. Deliver Us debuted at number 110 on the Billboard album charts, with sales of 6,600,[1] and their more recent effort The Eternal Return garnered them an even higher position in the Billboard album charts at number 104.[2] Their latest album Godless Prophets & the Migrant Flora charted at 42 on the Billboard 200, a peak for the band, and it marked a stylistic shift in the band's discography.[3]

The band released its first EP titled The Misanthrope in 1996 on a local label called Death Truck Records. In 1996, Darkest Hour cut a single titled "Paths of Despair" for East Coast Empire Records' The Harder They Come compilation. The song proceeds at a slower, grueling tempo in comparison to the up-beat tempo the band would come to be known for. In 1999, Darkest Hour released another EP titled The Prophecy Fulfilled on another label called Art Monk Construction.

The addition of second guitarist Fred Ziomek, bassist Billups Allen and drummer Ryan Parrish saw the band release their first full-length LP The Mark of the Judas in 2000, on the now-defunct M.I.A. Records.

The Mark of the Judas was not widely promoted or distributed due to M.I.A. Records going out of business not long after the album's release.

Despite the fact Darkest Hour were left without a label, the band garnered enough exposure to catch the attention of Victory Records. Their Victory debut So Sedated, So Secure was released on August 7, 2001. After the release of the album, Billups was replaced by Paul Burnette and Ziomek left the band. The album was re-issued by Victory on March 7, 2006, and featured new artwork, re-mixed audio, re-recorded vocals and additional tracks.

The band continued to tour, with Schleibaum's longtime friend Mike Garrity filling in on lead guitar duties. Eventually, they accepted Parrish's old friend Kris Norris as the new lead guitarist, and then began to write their next record.

While Garrity was the guitarist, the band was arrested and jailed in Roland, Oklahoma for alleged marijuana charges, also for "illegally imported" beer and for an open beer can. They were fined $6000; Schleibaum was able to pay for himself, Burnette, and Garrity. Parrish and Henry had to stay for a couple of hours while the rest of the band had to get money to bail them out.[5]

Their third release Hidden Hands of a Sadist Nation was released on May 20, 2003. Produced by well-renowned Swedish record producer Fredrik Nordström, the album signaled a shift from the band's previous metalcore style to a more melodic death metal style. As a result, the album gained strong mainstream attention, allowing the band to perform at Ozzfest 2004. Notably, the album contained political lyrics, with several songs criticizing American militarism post-September 11. The album was re-issued by Victory on July 13, 2004, with a bonus song and an additional DVD containing bonus material.

Darkest Hour released their fourth full-length LP Undoing Ruin on June 28, 2005. The album was produced by Devin Townsend (Strapping Young Lad) at Greenhouse Studios in Vancouver. The album was the band's first to enter the Billboard 200 charts, debuting at No. 138 with first week sales of 8,484.[6]

In the 2005 documentary Metal: A Headbanger's Journey, Darkest Hour and a number of other bands including Shadows Fall, Lamb of God, Chimaira, Killswitch Engage, Unearth, and God Forbid are all listed under the category "New Wave of American Metal" in the "metal genealogy chart".

In early 2007, the band was in Vancouver to work on their next record with Townsend. On March 7, 2007, Victory Records issued a press statement confirming the title of the album was Deliver Us; it was released on July 10.[7]

In April 2008, Darkest Hour created a Washington Capitals fight song and a MySpace tribute page in support of the Capitals 2008 Stanley Cup playoffs run. The song "A Thousand Words to Say but One" was re-recorded with new lyrics and new solos into "Let's Go Caps!"[8][9]

In September 2008, it was reported on Blabbermouth.net that Kris Norris had left the band and would be pursuing producing routes and possibly a new band.[10] Not long after Kris Norris' departure, they found replacement Mike "Lonestar" Carrigan. With Lonestar officially on board the band is heading back into the studio to write & record with Producer Brian McTernan of Baltimore's Salad Days Studio.

The band's song "Demon(s)" is featured on the music game Guitar Hero 5.

In March 2009, Darkest Hour began to record the new album, The Eternal Return, just before co-headlining (along with Bleeding Through) the Thrash and Burn European Tour 2009 in April and May. The Eternal Return was released on June 23, 2009, two weeks later than originally announced.[11] Darkest Hour then went on to play the 2009 Summer Slaughter Tour. They supported Trivium for the first leg of the North American into the Mouth of Hell We March Tour.

In April 2010, Darkest Hour announced their signing to eOne Music after having been with Victory Records for a decade.[12] The new album will be produced by Soilwork guitarist Peter Wichers, who helped pioneer Swedish melodic death metal and was a major influence on Darkest Hour.[13] In an August press release, the band described the new material as "the most emotional and melodic Darkest Hour album to date" and also said it "shares in that aggression with The Eternal Return and pushes Darkest Hour beyond the unknown."[13]

In a new Metal Injection interview, Darkest Hour members Mike Schleibaum and Ryan Parrish revealed that the new record would be titled The Human Romance, and it was officially released on February 22, 2011.[14]

On December 22, 2011, Darkest Hour announced that they have parted ways with longtime drummer Ryan Parrish. He was replaced by Timothy Java from Dead To Fall.

On June 6, 2012, Darkest Hour announced that bassist Paul Burnette would be amicably leaving the band to join Iron Reagan. Aaron Deal, who had toured with Darkest Hour in Asia, Australia, Europe, and North America was also announced as the new bassist.[16]

On February 5, 2013 the band posted on Facebook that they are currently in the pre-production phase for the new record.[17]

On April 16, 2013 the band announced that Travis Orbin, a seasoned touring musician and session drummer, would be joining the band and has been a part of the writing process of the untitled 8th studio album. On June 14, the band announced they had signed with Sumerian Records and implicated that they will be re-releasing The Mark of the Judas in late 2013, as well as working on a new record.

They played numerous special shows in various parts of the world in 2015 where they played Undoing Ruin in its entirety along with other fan favourite tracks, to celebrate the tenth anniversary of its release in 2005.

No longer contractually obligated with any record label, in early 2016 Darkest Hour launched an IndieGoGo crowdfunding campaign to help pay for their upcoming ninth studio album as well as their first ever full-length live DVD, Live at the Black Cat 2015, which was a special show where they celebrated the tenth anniversary of Undoing Ruin. By March 14, 2016, the band had surpassed their US$50,000 goal by raising $67,707 from more than 1,200 fans. In their announcement of exceeding their goal, Darkest Hour said they could use the extra money earned to "enhance the artwork, produce a music video (or two), enlist a possible guest musician (or two), hire a world class producer, and lastly help fund enhanced coverage of the making of / behind the scenes action."[18]

The band recorded their ninth album at GodCity Studio with Kurt Ballou of Converge fame from September-October 2016. Commenting on the choice of producer, Schleibaum said, "We want bring the energetic, raw, emotion we exude live to tape this time. We love to jam and riff all day and we feel Kurt [Ballou]'s unique style of producing will complement this perfectly. Also, it doesn't hurt that we completely respect and trust him as both a friend and musician, meaning we feel this monumental task of bringing another Darkest Hour album to life will rest well in his hands."[19] While in the studio, the band announced they were aiming for a February 2017 release date and would be collaborating with former member Kris Norris on a few tracks. On working with his former band members, Norris commented: "When the guys contacted me about the idea of a collaboration, I was excited because it has been a really long time since I've worked with them all. I've stayed in touch with them over the past years and it's really awesome to see that they keep trying new things on every album and growing musically."[20][21]

Darkest Hour will release their ninth studio album titled Godless Prophets & the Migrant Flora on March 10, 2017. Originally wanting to entirely self-fund and self-release the album, the band partnered with Southern Lord Records--who released the vinyl edition of their debut The Mark of the Judas in 2000--to complete the album's production and assist with distribution and marketing. Supporting tours will begin with a February-March 2017 US Tour with crossover thrash band Ringworm, Finnish grindcore band Rotten Sound, sludge metal band Tombs and Rivers of Nihil.[22][23] Following the US tour the band will then do a UK and European tour from April.

The band's sound has been described as a blend of melodic death metal and metalcore.[24]

They have stated that they're heavily influenced by Swedish death metal.[25] Guitarist Kris Norris said in an interview, "Well, put it this way - if you took an encyclopedia of metal, you could list just about every Scandinavian band as our influences! It's not really any one particular band; we wouldn't say that we're influenced by, say, In Flames or At The Gates, it's every band from there." 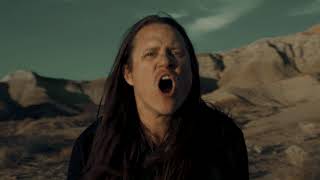 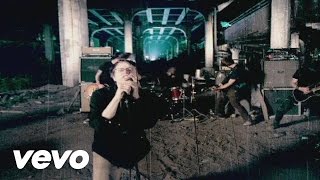 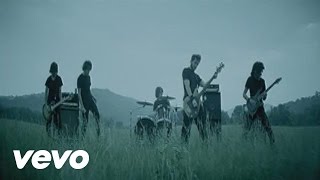 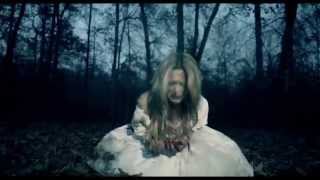 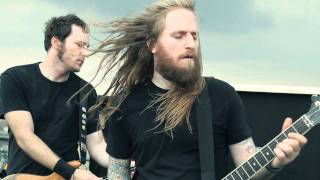 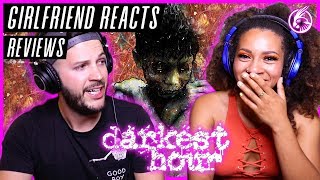 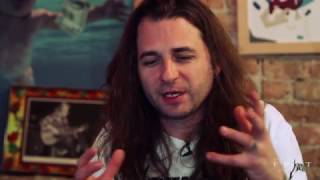 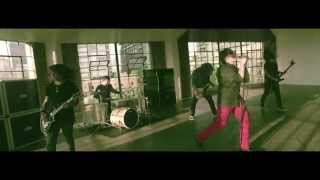 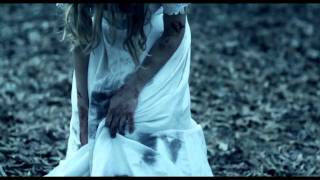 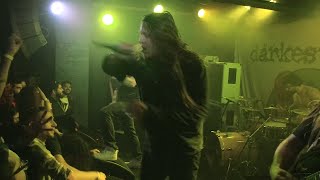 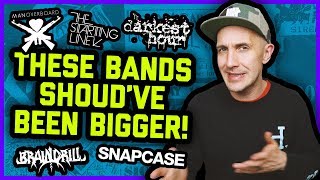 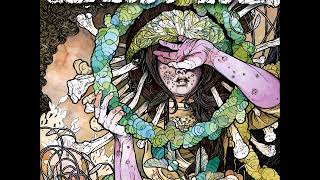 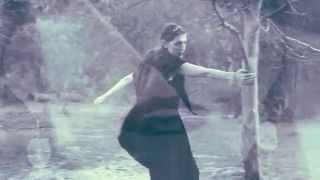 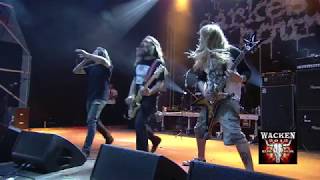 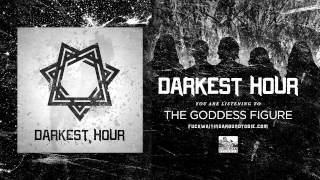 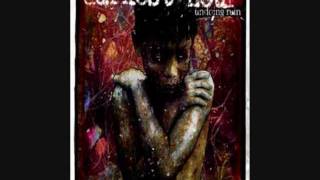 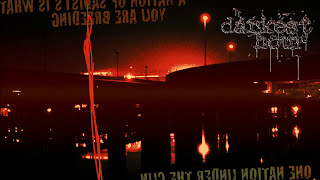