Prominent mainstream pop artists include: Oliver Dragojevi?, Gibonni, Dino Dvornik, Toni Cetinski, Thompson and others. Croatia is known for the specific Dalmatian sound performed at various festivals along the Adriatic coast with Oliver Dragojevi? being one of the most eminent artists. Some of the most successful and long-lasting rock music acts that are treated as "pop" in Croatia include Parni valjak and Prljavo kazali?te. A highly acclaimed singer-songwriter is the chanson-inspired Arsen Dedi?. Internationally successful singer and songwriter Ivo Robi? is a representative of the Zagreb school of schlager. Hip hop bands such as The Beat Fleet and Elemental are also now treated as pop in Croatia. The underground music scene include popular punk rock bands Hladno Pivo, Let 3, and others. Two most popular pop-folk singers, and mainstream artists are Severina and Jelena Rozga.

Ivo Robi? was one of the first acclaimed popular music artists in Yugoslav Croatia. He emerged in the late 1940s and later launched a very successful international career as well, closely cooperating with the famous composer and Polydor producer Bert Kaempfert, whom he convinced to produce the then upcoming act The Beatles after seeing them performing in the Top Ten Club in Hamburg. Robi? is the author of the famous schlager that was later popularized by Frank Sinatra as Strangers in the Night.

The Croatian rock music began in the 1950s, and one of the first classic rocknroll performers was Karlo Metiko? from Zagreb. He moved to Paris, France where he started a successful international career under the pseudonym Matt Collins. He recorded for Philips Records and had an opportunity to meet legends such as Jerry Lee Lewis and Paul Anka.

During the 1960s many prominent groups emerged such as: Grupa 220, Crveni koralji and Roboti. The latter featured Ivica Percl, who after leaving Roboti in September 1966 because they were too loud, became a protest singer-songwriter influenced by the acoustic sound of Bob Dylan, Donovan and Joan Baez. In the same year, the internationally acclaimed Croatian chanson-influenced singer Tereza Kesovija represented Monaco in the Eurovision Song Contest 1966. Another notable female vocalist who emerged in this period was Josipa Lisac (later Karlo Metiko?'s wife) who still enjoys huge popularity in Croatia.

The 1970s saw the emergence of artists who espoused hard rock, progressive rock and other styles. Notable artists of that decade included Dado Topi?'s Time, Atomsko skloni?te and many others. Other important group formed in this period is Parni valjak led by Aki Rahimovski. The late 1970s were marked by the punk rock explosion. The group Paraf from Rijeka was one of the first punk bands in Croatia and the former Yugoslavia in general, and later they moved on to post-punk.

From punk rock emerged the new wave, and Croatia developed a successful scene of its own called Novi val (meaning New wave).

The scene included some the most notable Croatian artists such as Prljavo Kazali?te, Azra, Haustor, Film and Aerodrom. This period of the Croatian rock is covered in the rockumentary Sretno dijete released in 2003. Following the decline of the Novi val scene, many new artists emerged during the 1980s: the art rock and New Romantic bands such as Boa and Dorian Gray, the latter led by Massimo Savi?, and also the synthpop duo Denis & Denis which featured Marina Perazi?, originally from Rijeka, who later became a solo pop artist. Furthermore, from the 1980s to the early 1990s was a great generation which brought out Tomislav Iv?i? whose famous song "Ve?eras je na?a fe?ta" (meaning, tonight is our night/party) was considered to be one of the best generational song to have been written, and is also considered to be one of the most chosen karaoke songs to sing. By this composer, Dalmacija (the Adriatic coast line region) has changed forever due to his great influence musically, and politically.

In another city on the Adriatic coast, in Split, a notable heavy metal group was Osmi putnik, formed in 1985, which featured the now popular solo pop singer Gibonni. Another popular act from this city was the pop group Magazin, while one of the most popular mainstream pop acts in the country was Novi fosili, initially with ?ur?ica Barlovi? on vocals, later replaced by Sanja Dole?al.

The Eurovision Song Contest 1990 was held in the Vatroslav Lisinski Concert Hall in Zagreb, where again, Yugoslavia was represented by a Croatian artist - Taj?i.[1] An important person behind most of these successful Croatian Eurovision acts was the prominent popular music producer and composer Zrinko Tuti?.

With the outbreak of the Croatian War of Independence many Croatian musicians gathered to record humanitarian or tribute albums for the Croatian forces. Such projects included Hrvatski Band Aid and Rock za Hrvatsku. The latter included the famous song "E, moj dru?e Beogradski" (Hey my Belgrade comrade) by Jura Stubli?, the frontman of the group Film. Following the proclamation of Croatia as an independent state, many new Croatian artists emerged. One of the most notable hits in this period was Tek je 12 sati by the dance-pop group ET (Electro-team). Croatia's national music awards, Porins, were established in 1994..

Croatia is known for its specific Dalmatian folk music sound which mixed with various forms of popular music is represented at the festivals held on the Adriatic coast, such as the Split Festival and formerly the Opatija Festival. This style of music is similar to the Italian Canzone and the Sanremo Music Festival and some of its most notable act are Oliver Dragojevi? and Mi?o Kova?. One of the most notable festival solo singer was Vice Vukov, who represented former Yugoslavia at the Eurovision Song Contest 1963 and 1965, before being accused of croatian nationalism during the Croatian Spring and subsequently persecuted by the Yugoslav authorities. Other eminent festival performers include: Tereza Kesovija, Doris Dragovi?, Jasna Zloki?, Meri Cetini? and formerly the group Dubrova?ki trubaduri. The latter featured elements of the Dubrovnik renaissance music traditions. 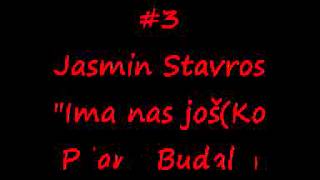 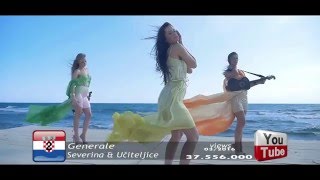 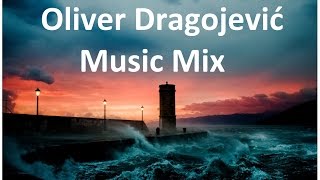 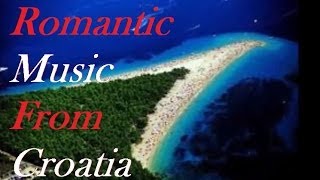 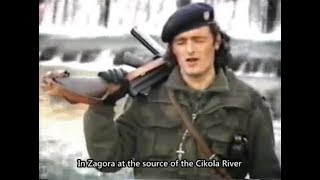 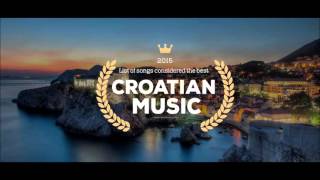 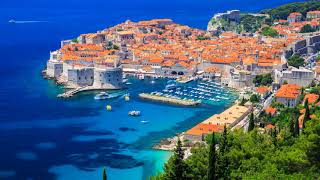 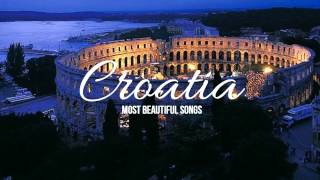 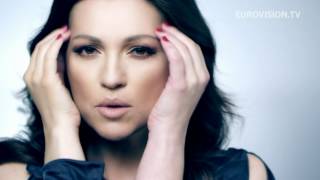 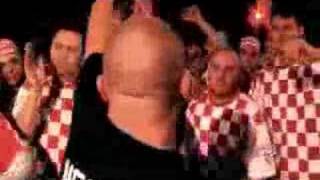 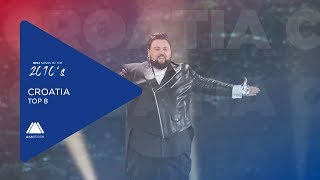