Covington is a city in Kenton County, Kentucky, United States, located at the confluence of the Ohio and Licking Rivers. Cincinnati, Ohio, lies to its immediate north across the Ohio and Newport, Kentucky, to its east across the Licking. Covington had a population of 40,640 at the time of the 2010 U.S. census, making it the largest city of Northern Kentucky and the fifth-most populous city in the state.[5] It is one of its county's two seats,[6] along with Independence.

The initial American settlement at Covington was known as , from its position at the confluence of the Licking and Ohio Rivers[]. When it was laid out in 1815, it was named in honor of Gen. Leonard Covington,[7] who was killed at the Battle of Crysler's Farm during the War of 1812.[8] The former C&O Railroad station in 2018

In 1814, John Gano, Richard Gano, and Thomas Carneal purchased The Point, 150 acres (0.6 km2) of land on the west side of the Licking River at its confluence with the Ohio, from Thomas Kennedy for $50,000, and laid out the settlement of Covington the next year.[9] The town was formally incorporated by the Kentucky General Assembly a year later[] and raised to city status in 1834.[8]

The city prospered as an emporium for Kentucky's tobacco and cigar production.[10] In 1862, Stewart Iron Works was established; for a time, it was the largest iron fence maker in the world. There were also distilleries, glassworks, and stove factories.[10] Like nearby Cincinnati, Covington's factories and businesses were particularly staffed by Catholic and German immigrants.[10] Its Catholic church was eventually raised to the level of a bishopric.[8]

By 1900, Covington was the second-largest city and industrial region in Kentucky.[8] At the time, its population of almost 43,000 was about 12% foreign-born and 5% black.[8] Before World War I, it was connected to the Chesapeake & Ohio and Louisville & Nashville railways and offered steamboat service to ports on the Ohio River.[8] Its factories had expanded to include cotton goods, machinery, and cordage.[8]

Covington even boasted a Federal League baseball team, the Covington Blue Sox, during the 1913 season. The present-day circuit courthouse is located at the site of its former grounds, Federal Park, which is thought to have been the smallest stadium ever used by a professional baseball club.

It declined in importance during the Great Depression and the middle 20th century.[9] The city has undergone some redevelopment during the late 20th and early 21st centuries as the most populous city in Kenton County.

A view of the John A. Roebling Suspension Bridge, looking south across the Ohio River toward Covington

Covington claims 19 distinct neighborhoods,[11] ranging in population from several hundred to 10,000 people. Many of the neighborhoods are located in 12 historic districts that are predominantly found in the northern portion of the city. Most of the neighborhoods have active resident associations or block watches that are dedicated to involving residents in strengthening their neighborhoods, improving safety, housing, and beautification.

The city is on the south bank of the Ohio River with Cincinnati, Ohio across the river to the north. The Licking River forms the eastern boundary with Newport in the adjacent Campbell County.[12]

Covington is located within a climatic transition zone; it is nestled within the southern end of the humid continental climate zone and the northern periphery of the humid subtropical climate of the Upland South, with hot, humid summers and cool winters. Evidence of both a humid subtropical and humid continental climate can be found here, particularly noticeable by the presence of plants indicative of each climatic region; for example, the southern magnolia (Magnolia grandiflora) from the subtropics and the blue spruce from cooler regions are successful landscape plants in and around Covington.

The Ascent at Roebling's Bridge

Bus transit is served by TANK.[17]

Covington is served by Cincinnati/Northern Kentucky International Airport (CVG), which is the largest airport in the state, and is hub to passenger airline Delta Air Lines and headquarters of its Delta Private Jets. The airport is one of DHL Aviation's three superhubs, serving destinations throughout the Americas, Europe, Africa, and Asia, making it the seventh-busiest airport in the U.S. based on cargo operations.[18] CVG is also a focus city for Frontier Airlines and is the largest O&D airport and base for Allegiant Air, along with home to a maintenance for American Airlines subsidiary PSA Airlines and Delta Air Lines subsidiary Endeavor Air.

According to Covington's 2019 Comprehensive Annual Financial Report,[19] the principal employers in the city are:

Cathedral Basilica of the Assumption in Covington 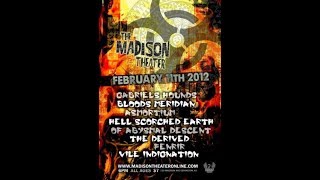 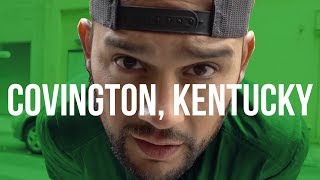 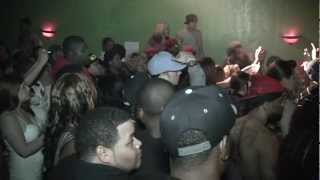 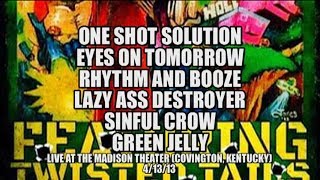 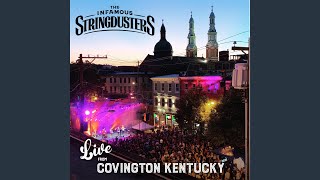 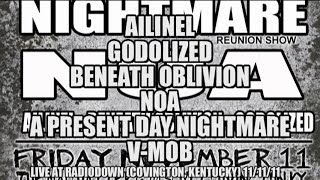 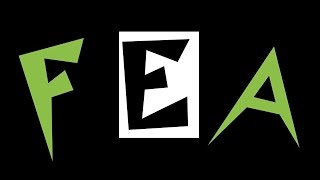 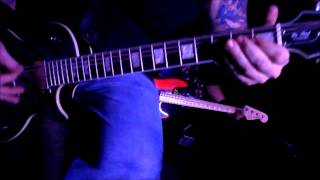 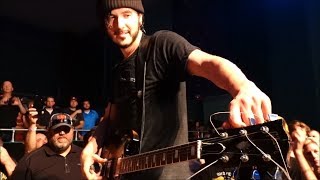 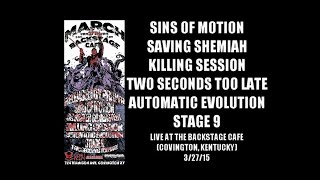 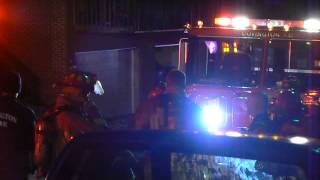 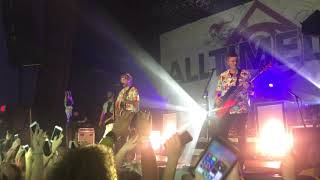 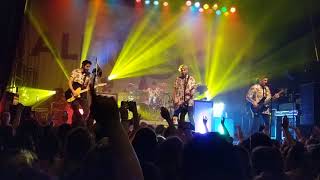 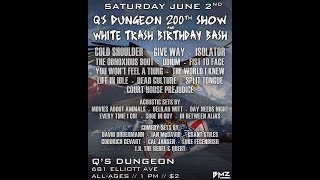 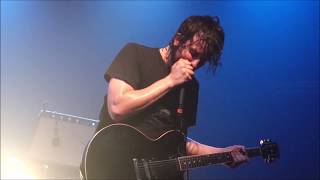 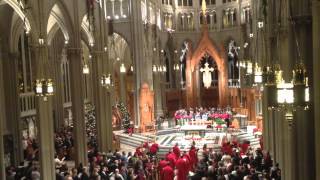 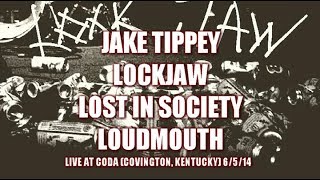 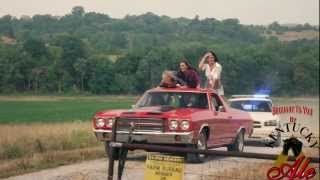 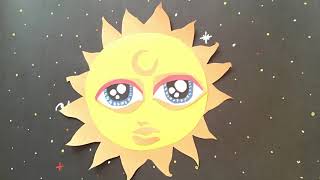 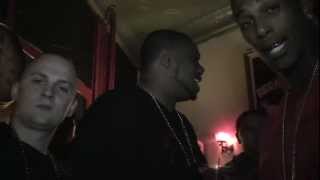