Covenant is an electronic band formed in 1986 in Helsingborg, Sweden. The band is currently composed of Eskil Simonsson and Joakim Montelius (born 22 August 1969)[1] along with touring members Andreas Catjar, Daniel Jonasson from Dupont, and Daniel Myer from Haujobb.

Their music comprises a mixture of synthpop and electronic body music. They have been releasing music since the early 1990s.

In the late 1970s and early 1980s, electronic music and several of its subgenres became a preferred musical style among European underground culture. It gained favor initially within major cities and eventually trickled into the continent's more secluded regions. This new wave of music was discovered at different instances by a group of friends living in Helsingborg, a scenic town in south western Sweden. Eskil Simonsson, Joakim Montelius and Clas Nachmanson, three teenagers with mutual, youthful curiosities for science, philosophy, and matters of existence, were all enthralled by the unique presentation and the emotional content of the music, specifically by that of bands such as Kraftwerk, The Human League, Depeche Mode, Front 242 and Nitzer Ebb.

The friends carried this fascination with them to university life in the historic town of Lund, approximately 50 kilometres (31 mi) southeast of Helsingborg. In between their academic endeavors and discussions of worldly affairs, they assembled a small recording studio in Nachmanson's bedroom and began to experiment with their own musical compositions. In 1989, the name "Covenant" was selected for the group--a name derived from the unspoken spiritual bond the trio professed to share.

As Covenant, the three produced their first publicly released track, "The Replicant", by invitation of Swedish record label Memento Materia. "The Replicant" was released on a compilation album in 1992, and the track thrilled label executives, prompting them to ask for a full album. In 1994, the group compiled enough songs to release the album, which became Dreams of a Cryotank. Dreams was well received by critics and fans alike, and with its success, the boyhood friends decided to take their musical efforts more seriously. They upgraded and added more equipment, relocated their studio, and committed to tour.

In 1995, Covenant performed at a festival in Germany at the request of Off-Beat Records. The band impressed Off-Beat's attending A&R representative, who signed them to a record deal the following day. Excited by the prospect of broader exposure, the band members eased further away from their educational pursuits and devoted themselves to completing a new album, 1996's Sequencer.

With Sequencer, the band sought to improve upon the weaknesses they found in Dreams by combining sequencing, diverse melodies, and commanding lyrics. It became an instant classic among many observers, some of whom boldly declared it "the best electro album of the decade."[2] It would go on to be re-released a number of times throughout the world and remains a club favorite in many settings.

Later in the year, San-Francisco-based record label 21st Circuitry agreed to distribute Covenant's albums in the United States, expanding the band's reach in the process. As a result, the group created the Theremin EP in 1997 specifically for North American release and started to accept tour dates throughout the US and Canada.

The trio's third full-length album, Europa, debuted in 1998. Europa carried Covenant's initially aggressive, often distorted brand of music into the beat-driven realm of synth pop, marking the beginning of a gradual evolution in the band's collective sound. Also in 1998, they sued the Norwegian black metal/Industrial metal band The Kovenant (then known as Covenant) for the rights to the name "Covenant", arguing that they had established use of the name first and forcing the Norwegian band to change the spelling of their name.[3]

Covenant spent 1999 touring, changing record labels, and on the preparation of another album. Off-Beat Records went out of business, and Dependent was created by former Off Beat employees. Together with a few selected former Off-Beat acts, Covenant joined Dependent. In addition, Covenant were signed with SubSpace Communications in Sweden, effectively ending their tenure with Memento Materia. Meanwhile, 21st Circuitry Records ceased operations, leading the three to find a new home in America with Metropolis Records (Metropolis had bought the rights to the 21st Circuitry back catalogue). Shortly thereafter, the band's first three albums and the Theremin EP were re-issued in the US under the Metropolis label.

United States of Mind was released in 2000, and with it, Covenant's tendencies strayed further into synth pop. Also released that year was a stand-alone single, Der Leiermann. Sung to the tune of the album track Like Tears in Rain, it was a version of the German Art song of the same name. The song was originally a poem by Wilhelm Müller, set to music by Franz Schubert as part of the poem cycle "Die Winterreise".

A live album, Synergy, was released later in the year which featured tracks from the band's first four albums. The group continued with 2002's Northern Light, which they portrayed as having a more sombre, cold sound in comparison to their earlier offerings. In another transition between labels, the European release of Northern Light was handled by Sony Music's Ka2 division rather than Dependent or Subspace. (The US release was through Metropolis.)

Whilst they continued to produce music together, Montelius and Simonsson took up residence in separate countries; Montelius residing in Barcelona, Spain, and Simonsson living in Berlin, Germany. Nachmanson remained in Helsingborg.

Covenant released their sixth studio album, Skyshaper, in March 2006 to an overall positive reception. The band toured Europe prior to the album's release and toured the United States beginning in September 2006.[4]

In March 2007, Covenant announced that Nachmanson would not be touring with the band and his replacement would be Daniel Myer of Haujobb. In an interview[5] with Side-Line magazine Covenant's Joakim Montelius said he was not sure if Clas would still continue with Covenant.

In October 2007, Covenant released the road movie "In Transit" on DVD. It contained material from the world tour undertaken in support of the album "Skyshaper" and documented the band's travels in Europe, North America, South America and across Russia over a period of 18 months. The band confirmed Clas' departure in the DVD documentary.[6]

In April 2015, the band embarked on a North American tour to promote their eighth album, Leaving Babylon. The band, joined on tour by an opening band called "The Labrynth," performed in approximately 20 cities, including Los Angeles, New York, Washington, D.C, and Austin.[8]Slug Magazine favorably reviewed the 6 April show in Salt Lake City, describing Covenant's stage presence as "exquisite" and "just as powerful as their music."[9]

In February 2019, the band commenced a ten-city tour through Germany, starting in Berlin on February 7. The "Fieldworks Tour 2019" show stops offered a new extended play record called the "Fieldworks: Exkursion EP." The EP features five tracks, each written by a member of the band, and one song in collaboration with French electro-industrial newcomer Grabyourface. According to the band's Facebook page, this EP is intended to be the first of an upcoming cycle of records associated with the "Fieldworks" theme. [14] Tracklist: 1. Pantheon, 2. All That Is Solid Melts Into Air, 3. False Gods ft Grabyourface, 4. Popol Vuh, 5. Das Nibelungenlied (Erstes Abenteuer). The new music was inspired in part by sounds collected at an electricity plant, according to an interview conducted by a writer for the magazine Zero. [15] "This time we wanted to use the sounds we have collected for many years, from exotic places on the six continents we have visited as a band, as well as the mundane hum of everyday life, as stepping stones for the songs," Joakim Montelius explained in an interview published on Gruftbote.[16]

A single which was released on vinyl record and limited to 500 copies.

Released simultaneously with the Dead Stars single in Germany.

Included in the United States of Mind box set.

Theremin is an EP released by Covenant in 1997 by the American label 21st Circuitry. It compiled tracks which were, for the most part, previously unavailable in the US. It was re-released by Metropolis in July 1999.

A boxset which included United States of Mind and the Travelogue single.

A boxset which included Synergy, a booklet with live pictures and lyrics for every released Covenant song, a band interview on VHS cassette tape, a "Bloody Mary" recipe, and seven live recorded tracks; limited to 4000 copies.

A DVD featuring a music video for the song "Bullet" along with making of footage.

The band contributed the Skyshaper track "20 Hz" to a compilation which included other rock and electronic artists (listed here).

Playing at a concert visited by one of the main characters 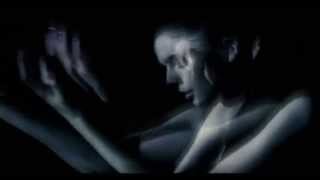 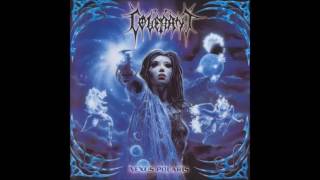 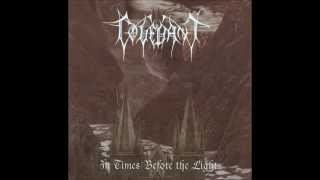 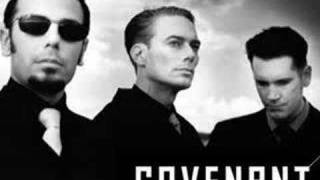 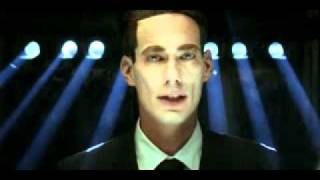 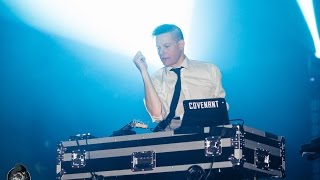 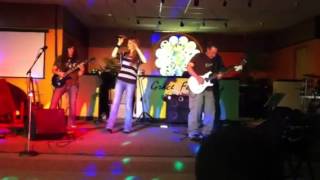 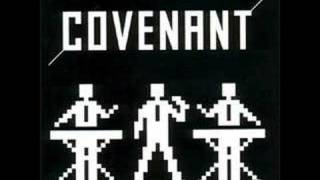 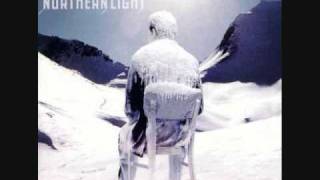 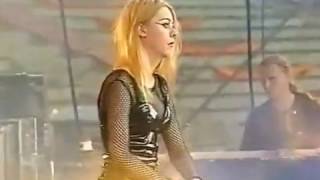 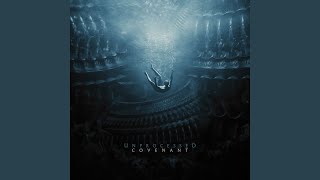 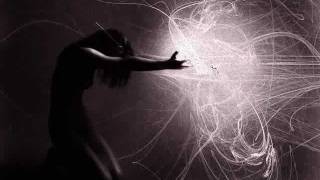 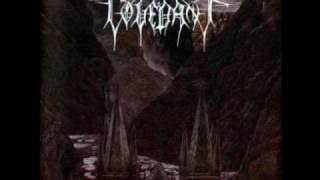 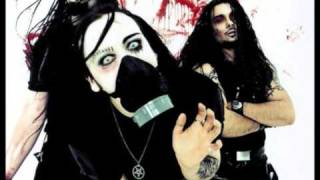 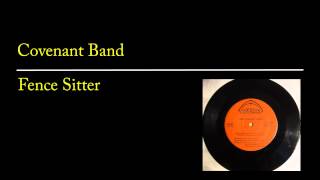 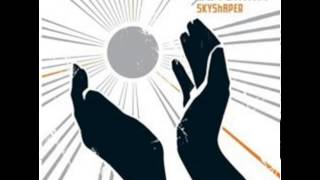