CMT is an American pay television channel owned by ViacomCBS Domestic Media Networks, a division of ViacomCBS. Launched on March 5, 1983 as Country Music Television, CMT was the first nationally available channel devoted to country music and country music videos, with its programming also including concerts, specials, and biographies of country music stars. Over time, the network's programming expanded to incorporate original lifestyle and reality programming while downplaying its focus on country music.

As of January 2018, approximately 92 million U.S. homes [2] (or 76.9% of the Nielsen-estimated 119.2 million television households [3]) receive CMT. The channel's headquarters are located in One Astor Plaza in New York City, and has additional offices in Nashville, Tennessee.

CMTV, an initialism for Country Music Television, was founded by Glenn D. Daniels, the owner of Video World Productions in Hendersonville, Tennessee. Daniels put together the ownership group of Telestar Corporation and the Blinder Robinson & Company investment bank in a three-way split. Daniels also served as the program director and the first president of the network.[4]

The network launched on March 5, 1983, at 6:19 p.m. CT, beating its chief competitor, TNN, to air by two days. The first video clip to air on CMT was Faron Young's 1971 hit "It's Four in the Morning".[5] The following summer, MTV filed a trademark infringement lawsuit over the initials CMTV, and the network changed its name to simply CMT.[6]

This logo was used when MTV bought this channel in 2000.

In October 1992, CMT launched its first international channel, CMT Europe, as part of the Sky Multichannels package. By 1998, Gaylord reported $10 million in losses from CMT Europe and decided to cease broadcasting the declining network on March 31, 1998.[8] Gaylord had planned to emulate the successful model created by E!, by selling large programming blocks to other European channels, but these plans never occurred.[8]

On October 1, 1994, Gaylord made its first major format change for CMT by adding several new programs:

All of the listed shows were eventually cancelled by 2001.

In 1995, CMT dropped all videos by Canadian artists without U.S. record contracts in response to the network being replaced in Canada by Calgary, Alberta-based New Country Network.[10] By March 1996, CMT had eventually returned the dropped videos to its playlist after reaching an agreement to acquire a 20% ownership of New Country Network, in addition to renaming it CMT.[11]

CMT's offices are located at ViacomCBS's headquarters in New York City, but has additional offices in downtown Nashville, Tennessee (as seen here).

In 1997, both CMT and TNN were sold to Westinghouse, then-owner of CBS for a reported $1.5 billion.[12] The acquisition of the two country-themed networks, along with the formation of the ill-fated CBS Eye on People network, and two regional sports networks (the Baltimore-area Home Team Sports, now Comcast SportsNet Mid-Atlantic, and Midwest Sports Channel in the Twin Cities, now Fox Sports North) formed the CBS Cable division, based in Nashville at the Grand Ole Opry and a Charlotte office at Lowe's Motor Speedway.

In 1999, Viacom acquired CBS, assuming ownership of CMT and TNN and folding them into the MTV Networks stable. The resulting moves in 2000 led to the closing of the CBS Charlotte office, while Viacom moved TNN's operations from Nashville to its own headquarters in New York City and changed its format, eventually renaming it The National Network and then reformatting it again as Spike; it was renamed as the Paramount Network in January 2018. CMT also experienced a migration of its mainline operations from Nashville to New York (although their Nashville office building was kept as a secondary operation), and experienced a format change; being modeled after sister networks MTV and VH1 to include series and movies, in addition to music videos. Over time, the number of music videos on the network had steadily decreased with the late May 2006 rebranding of VH1 Country to CMT Pure Country, with music video programming on CMT eventually being relegated mainly to the overnight and morning hours (similar to MTV and VH1). Also, on January 3, 2006, the original Viacom split into two different companies: One being the legal successor to Viacom, CBS Corporation, and the other being the 'new' Viacom, with CMT, Spike TV and the MTV family of networks being part of the latter company; both companies re-merged in December 2019 as ViacomCBS.

Despite the decrease in music videos, CMT has experienced significant ratings gains since its acquisition by MTV Networks in 1999. By 2007, the channel was available in more than 83 million homes.[13] As of 2009, the network now reaches 88 million homes.

On April 4, 2012, CMT announced its first adult animated series, Bounty Hunters, featuring the voices of Jeff Foxworthy, Larry the Cable Guy and Bill Engvall who also serve as executive producers. CMT also announced that it would air Trinity 911, a 10-episode "workplace docu-comedy" that follows the police force in a small Texas town.[14] Trinity 911 was later renamed Big Texas Heat[15] and removed from the schedule after airing four episodes.

On June 10, 2016, CMT announced that they would pick up the primetime network series Nashville after ABC's cancellation of the series, and renewed the series for a fifth full season of 22 episodes; it will continue to be streamed beginning the day after an episode's first airing on Hulu.[16]

In 2017, as part of Viacom's restructuring plans, CMT would begin a transition back to unscripted programming.[17] As a result, Nashville's sixth season would also be its last.[18][19]

As part of its shift back to unscripted programming, CMT announced Music City in September 2017,[20] a reality series created by Adam DiVello of The Hills and Laguna Beach fame.[21] Set in Nashville, Tennessee, the show features Bryant Lowry, a drummer in the Nashville pop band Jet Black Alley Cat.[22][23] The series premiered on March 1, 2018.[24][25]

CMT's current programming consists of original southern/blue collar lifestyle and reality shows and acquired general entertainment programming unrelated to country music. The channel's daily music programming currently consists of a music video block, seen during the early morning hours, as well as CMT Hot Twenty, which airs on weekend mornings. Of Viacom's former music channels (not counting its suite of all-music digital channels), CMT has historically been the most devoted to music-related programming and previously set aside at least six hours of its daily schedule for music videos during the overnight and morning hours. In addition, most of CMT's original programming is centered or related to the Culture of Dallas or Nashville, Tennessee, where the network's studios are located.[29] 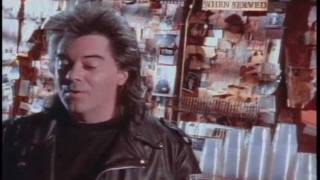 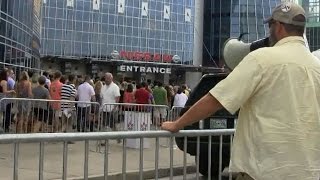 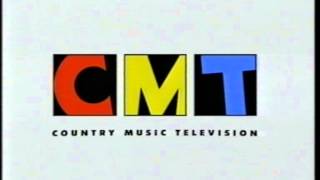