The Colorado Rockies are an American professional baseball team based in Denver. The Rockies compete in Major League Baseball (MLB) as a member club of the National League (NL) West division. The team plays its home baseball games at Coors Field, which is located in the Lower Downtown area of Denver. It is owned by the Monfort brothers and managed by Bud Black.

The Rockies began play as an expansion team for the 1993 season, and played their home games for their first two seasons at Mile High Stadium. Since 1995, they have played at Coors Field, which has earned a reputation as a hitter's park. The Rockies have qualified for the postseason five times, each time as a Wild Card winner. In 2007, the team earned its first (and only) NL pennant after winning 14 of their final 15 games in the regular season to secure a Wild Card position, capping the streak off with a 13 inning 9-8 victory against the San Diego Padres in the tiebreaker game affectionately known as "Game 163" by Rockies fans. The Rockies then proceeded to sweep the Philadelphia Phillies and Arizona Diamondbacks in the NLDS and NLCS respectively and entered the 2007 World Series as winners of 21 of their last 22 games. However, they were swept by the American League (AL) champions Boston Red Sox in four games.

Denver had long been a hotbed of Denver Bears/Zephyrs minor league baseball and residents and businesses in the area desired a Major League team.[5][6] Denver's Mile High Stadium was built originally as Denver Bears Stadium,[7] a minor league baseball stadium that could be upgraded to major league standards.[6] Following the Pittsburgh drug trials in 1985, an unsuccessful attempt was made to purchase the Pittsburgh Pirates and relocate them. However, in January 1990, Colorado's chances for a new team improved significantly when Coors Brewing Company became a limited partner with the AAA Denver Zephyrs.[8]

In 1991, as part of Major League Baseball's two-team expansion (along with the Florida (now Miami) Marlins), an ownership group representing Denver led by John Antonucci and Michael I. Monus was granted a franchise.[9] They took the name "Rockies" due to Denver's proximity to the Rocky Mountains, which is reflected in their logo; the name was previously used by the city's first NHL team (who are now known as the New Jersey Devils). Monus and Antonucci were forced to drop out in 1992 after Monus's reputation was ruined by an accounting scandal.[] Trucking magnate Jerry McMorris stepped in at the 11th hour to save the franchise, allowing the team to begin play in 1993. The Rockies shared Mile High Stadium with the National Football League (NFL)'s Denver Broncos for their first two seasons while Coors Field was constructed. It was completed for the 1995 Major League Baseball season.

In 1993, they started play in the West division of the National League. The Rockies were MLB's first team based in the Mountain Time Zone. They have reached the Major League Baseball postseason five times, each time as the National League wild card team. Twice (1995 and 2009) they were eliminated in the first round of the playoffs. In 2007, the Rockies advanced to the World Series, only to be swept by the Boston Red Sox. Like their expansion brethren, the Miami Marlins, they have never won a division title since their establishment; they are also one of two current MLB teams that have never won their division.

The Rockies have played their home games at Coors Field since 1995. Their newest spring training home, Salt River Fields at Talking Stick in Scottsdale, Arizona, opened in March 2011 and is shared with the Arizona Diamondbacks.

The Rockies' home uniform is white with purple pinstripes. The front of the uniform is emblazoned with the team name in silver trimmed in black, and letters and numerals are in black trimmed in silver. During the Rockies' inaugural season, they went without names on the back of their home uniforms, but added them for the following season. In 2000, numerals were added to the chest.

The Rockies' road uniform is grey with purple piping. The front of the uniform originally featured the team name in silver trimmed in purple, but was changed the next season to purple with white trim. Letters and numerals are in purple with white trim. In the 2000 season, piping was replaced with pinstripes, the city name was emblazoned in front, chest numerals were placed, and black trim was added to the letters. Prior to the 2012 season, the Rockies brought back the purple piping on their road uniforms, but kept the other elements of their 2000 uniform change.

The Rockies originally wore an alternate black uniform during their maiden 1993 season, but for only a few games. The uniform featured the team name in silver with purple trim, and letters and numerals in purple with white trim. In the 2005 season, the Rockies started wearing black sleeveless alternate uniforms, featuring the city name, letters and numerals in silver with purple and white trim. The uniforms also included black undershirts, and for a few games in 2005, purple undershirts. As of 2021, the Rockies are the only team in baseball to wear sleeveless uniforms.

From 2002 to 2011, the Rockies wore alternate versions of their pinstriped white uniform, featuring the interlocking "CR" on the left chest and numerals on the right chest. This design featured sleeves until 2004, when they went with a vest design with black undershirts.

In addition to the black sleeveless alternate uniform, the Rockies also wear a purple alternate uniform, which they first unveiled in the 2000 season. The design featured the city name in silver with black and white trim, and letters and numerals in black with white trim. At the start of the 2012 season, the Rockies introduced "Purple Mondays" in which the team wears its purple uniform every Monday game day, though the team continued to wear them on other days of the week.[10][11]

In 2020, Larry Walker was the first Colorado Rockies player to be inducted to the Baseball Hall of Fame.[12]

NL Rookie of the Year

Manager of the Year Award

Newly-elected Hall of Fame member, Larry Walker, was to have his number (33) retired on April 19, 2020 at Coors Field but this ceremony was postponed due to the COVID-19 pandemic.[15]

Jackie Robinson's number, 42, was retired throughout all of baseball in 1997.

Keli McGregor had worked with the Rockies since their inception in 1993, rising from senior director of operations to team president in 2002, until his death on April 20, 2010. He is honored at Coors Field alongside Helton and Robinson with his initials.[16]

As of 2010, Rockies' flagship radio station is KOA 850AM, with some late-season games broadcast on KHOW 630 AM due to conflicts with Denver Broncos games. The Rockies Radio Network is composed of 38 affiliate stations in eight states.

As of 2019, Jack Corrigan is the radio announcer, serving as a backup TV announcer whenever Drew Goodman is not available.

As of 2013, Spanish language radio broadcasts of the Rockies are heard on KNRV 1150 AM.

As of 2013, all games are produced and televised by AT&T SportsNet Rocky Mountain. All 150 games produced by AT&T SportsNet Rocky Mountain are broadcast in HD. Jeff Huson and Drew Goodman are the usual the TV broadcast team, with Ryan Spilborghs and Taylor McGregor handling on-field coverage and clubhouse interviews. Jenny Cavnar, Jason Hirsh, and Cory Sullivan handle the pre-game and post-game shows. Corrigan, Spilborghs, Cavnar, and Sullivan also fill in as play-by-play or color commentator during absences of Huson or Goodman.

The Rockies led MLB attendance records for the first seven years of their existence. The inaugural season is currently the MLB all-time record for home attendance. 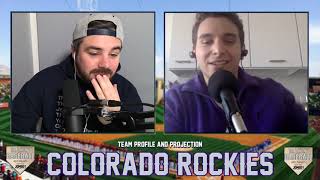 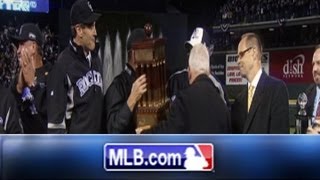 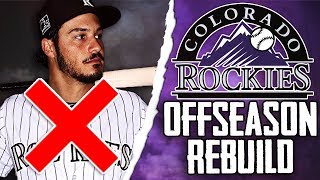 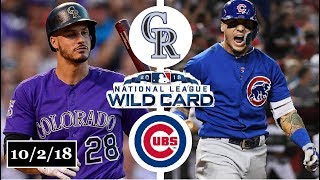 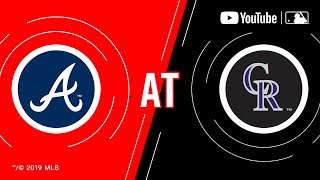 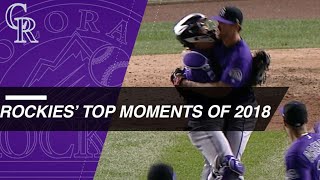 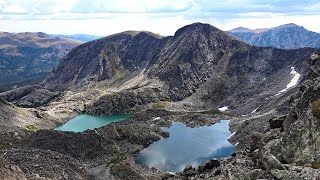 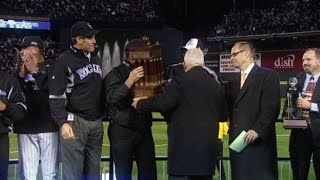 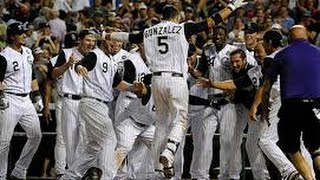 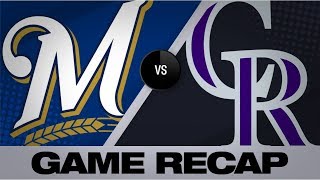 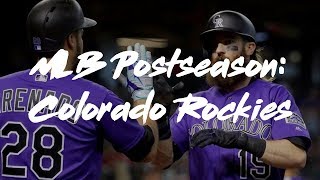 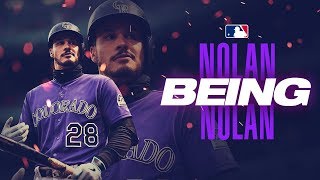 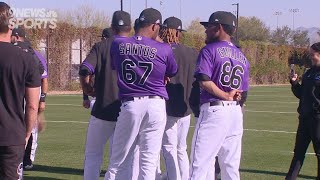 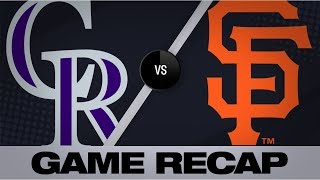 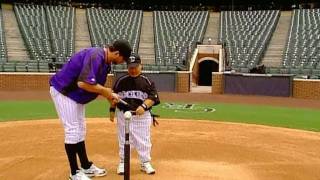 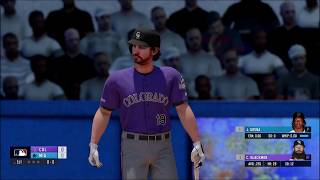