Colonial Heights is an independent city in the Commonwealth of Virginia. As of the 2010 census, the population was 17,411.[5] The Bureau of Economic Analysis combines the City of Colonial Heights (along with the City of Petersburg) with Dinwiddie County for statistical purposes.

Colonial Heights is located in the Tri-Cities area of the Richmond Metropolitan Statistical Area (MSA).

Like much of eastern Virginia, the site of Colonial Heights was located within the Algonquian-speaking confederation known as Tenakomakah, ruled by Chief Powhatan, when the English colonists arrived at Jamestown on May 14, 1607. Captain John Smith's early map of Virginia testifies that the present area of Colonial Heights included the principal town of the Appamattuck subtribe, led by their weroance, Coquonasum, and his sister, Oppussoquionuske. In the aftermath of the Indian attacks of 1622 and 1644, the Appamattuck became tributary to England and relocated to nearby Ettrick, and its opposite bank, near Fort Henry (within modern-day Petersburg, Virginia).

The area including present-day Colonial Heights was made a part of "Henrico Cittie", one of 4 huge "incorporations" formed in the Virginia Colony in 1619 by the London Company. English colonists first settled in the Colonial Heights area in 1620. A small group sailed up the Appomattox River looking for clear land, and finally settled in an area where Swift Creek runs into the Appomattox River, which they named Conjurer's Neck. This confluence was formerly the residence of a Native American healer (known as a "conjurer") who was thought to have cast spells over the waters.

Shortly thereafter, Charles Magnor registered the first land patent in the area for 650 acres (2.6 km2), which he later developed into a plantation before selling it in 1634. That same year, by order of King Charles I of England, the Virginia Colony was divided into the 8 original shires of Virginia by the House of Burgesses, one of which was Henrico County, which included the future land of Colonial Heights.

In 1635, the English had a small town called Appamattucks near the "Old Towne" Creek,[6] thought to be located near the intersection of Temple Avenue and Dimmock Parkway.[7] Also in that year, Captain Henry Fleet and Francis Poythress built a small fort nearby, on "Fleet's Hill" just west of the current city, now occupied by the campus of Virginia State University.

During the period from 1677 to 1685, one of the area's historic landmarks was constructed with the building of the Old Brick House. Richard Kennon came to Virginia prior to 1670, and became a merchant of Bermuda Hundred. He represented Henrico County in the House of Burgesses. His son, Richard Kennon, Jr., was also a member of the House of Burgesses and married the daughter of Col. Robert Bolling, the emigrant, and his second wife, the former Anne Stith. Richard's sister, Mary Kennon, was married to Major John Fairfax Bolling, half-brother of Richard's wife. Major Bolling was the son of Col. Robert Bolling and his first wife Jane Rolfe, who was granddaughter of the early colonist John Rolfe and his Native American wife, Pocahontas. The Bollings lived at Cobb's, a plantation in eastern Chesterfield near Point-of-Rocks.

The plantation house built by Richard Kennon (later known as the "Brick House") is now thought to be the oldest permanent structure in Colonial Heights. One wall of the house survived a disastrous fire in 1879, and the rest was rebuilt.[8]

In 1749, an area south of the James River was divided from Henrico County by the House of Burgesses, and named Chesterfield County. The area which became Colonial Heights was to remain in Chesterfield County for almost 200 more years, until 1948.

The name "Colonial Heights" results from an incident during the American Revolutionary War. In May 1781, the French troops of General Marquis de Lafayette, known as the Coloniels, advanced south from Richmond and deployed artillery on the heights overlooking Petersburg from across the Appomattox River. The area thereafter came to be known as "Colonial Heights", and the name was given to a subdivision of the Oak Hill tract in 1906.

A historic site, Oak Hill, on Carroll Avenue, also called Archer's, Hector's, or Dunn's Hill, consisted of two one-story weatherboarded structures connected by a deep inside porch that extends from an uncovered section toward the street. From the lawn of this house, in May 1781, General Lafayette -- with cannon behind a boxwood hedge that still fringes the hill -- shelled Petersburg, then occupied by British troops under Major-General William Phillips (who died of typhoid during this bombardment).

The area also became involved in operations during the American Civil War. General Robert E. Lee made his headquarters at Violet Bank from June through September during the Siege of Petersburg in 1864.

It was incorporated as a city in 1948; under Virginia law, it separated from Chesterfield County and became an independent city. Its current charter was granted in 1960. From 1960 to 1970, Colonial Heights experienced a period of rapid growth as the population jumped from 9,587 to 15,097.

In the mid-1980s, completion of the State Route 144 (Temple Avenue Connector) and a new bridge across the Appomattox River provided access to State Route 36 near Fort Lee. The new road and bridge effectively opened a large previously isolated tract of land along the southeastern edge of the city for commercial development. There, the regional Southpark Mall and many other retail businesses and offices were built.

On August 6, 1993, an F4 tornado (max. wind speeds 207-260 mph) passed through Colonial Heights. It caused extensive damage to the Southpark Mall and collapsed the roof of an old Wal-Mart (now Sam's Club) store. It also did extensive damage in Petersburg and Hopewell. In the Tri-Cities area, the tornado killed four people (three in Wal-Mart and one in Prince George), injured 246, and caused an estimated $50 million in property damage.

On April 28, 2008, an EF1 tornado (max. wind speeds 86-110 mph) produced a near two miles (3.2 km) long, though discontinuous, path through Colonial Heights. The tornado first touched down near the Colonial Heights Middle School football field, damaging the field clubhouse roof, then causing roof damage and spill onto I-95 from Medallion Pool business. The tornado then jumped I-95 and touched down again in the Dimmock Square Shopping Center. Several cars were flipped and piled in the parking lot of a strip mall (which had extensive roof damage) that is less than a tenth of a mile from the site of the old Wal Mart which was destroyed by an F4 tornado on August 6, 1993. The tornado then continued across Temple Avenue, causing tree and roof damage in the neighborhood near Fine Drive and Puddledock Road (in Prince George County) before lifting for good. The tornado injured 21 and caused an estimated $10 million in property damage.

Two area attractions with historic roots are Violet Bank and Swift Creek Mill. There are also several parks in the area, including Fort Clifton Park and White Bank Park.

Colonial Heights is also home of the largest Arby's restaurant in the world.

Colonial Heights is located on just north of the Appomattox River across from the modern-day City of Petersburg at the river's fall line It is located south of Chesterfield County (practically surrounded by it except for a south border with Petersburg) and in some areas, Swift Creek divides the city from the county.

There were 7,027 households out of which 29.1% had children under the age of 18 living with them, 50.3% were married couples living together, 13.0% had a female householder with no husband present, and 32.8% were non-families. 27.6% of all households were made up of individuals and 12.3% had someone living alone who was 65 years of age or older. The average household size was 2.37 and the average family size was 2.88.

There is one private Christian school in Colonial Heights: Evangel Christian School.

The area is served by three schools of higher education:

The city of Colonial Heights has nine parks composed of 75 acres that they must maintain. Those nine parks include White Bank Park, Floral Avenue Park, Edinborough Park, Flora Hill Park, Appamattuck Park, Fort Clifton Park, Lakeview Park, Roslyn Landing Park, and Wakefield Park. In addition to these nine parks, the city also maintains many other recreational facilities such as ballfields (including Shephard Stadium), a soccer complex, and tennis courts.[17]

The climate in and around the city of Colonial Heights is described as a humid subtropical climate where the summers are very hot and humid while the winters are moderately cold. The coldest weather is seen from December to February, January's daily average temperature is 37.9 degrees Fahrenheit. The hottest weather is seen from June through August, July's daily average temperature is 79.3 degrees Fahrenheit. The total annual precipitation normal for the city is approximately 43.6 inches. The month with the highest normal precipitation is August with 4.66 inches on average while February is the month with the least amount of precipitation on average with 2.76 inches. [18]

According to the City of Colonial Height's 2014 Comprehensive Annual Financial Report,[19] the top employers in the city are:

Colonial Heights has one weekly periodical, a free publication:

It is also served by a daily newspaper of record for the area http://mediakit.gatehousemedia.com/Petersburg_VA/:

Unlike most independent cities in the state of Virginia, Colonial Heights has consistently voted Republican in presidential elections since its date of incorporation. All GOP presidential candidates since 1952 have carried the city, with the 12 most recent campaigns each garnering over 60% of the vote. 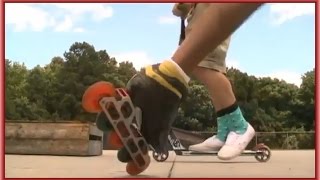 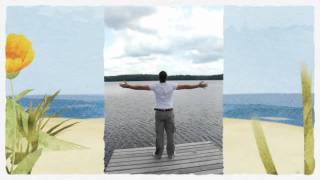 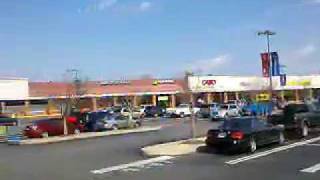 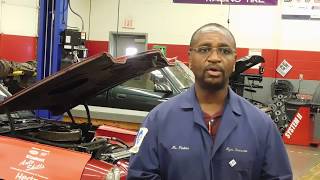 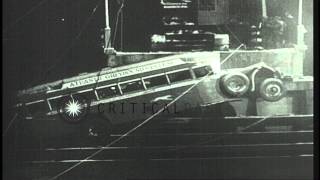 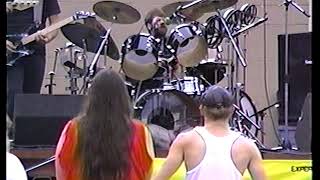 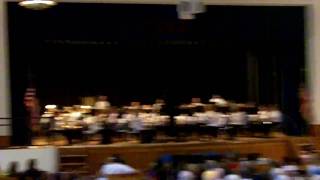 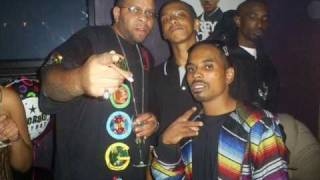 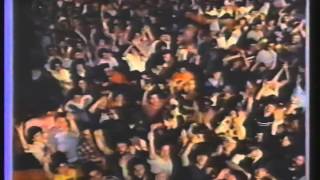 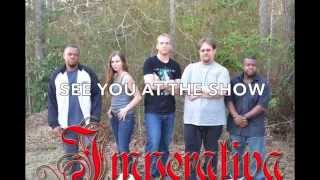 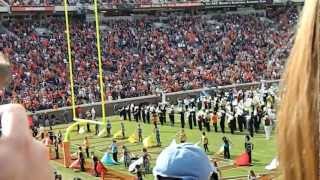 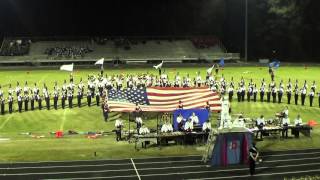 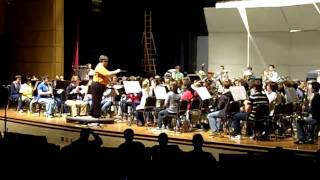 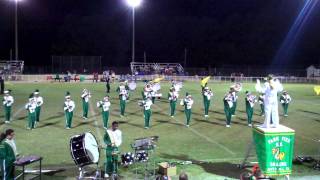 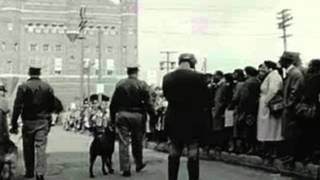 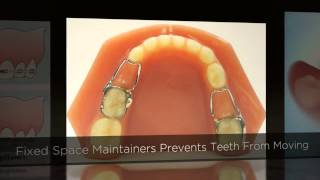 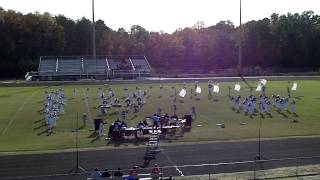 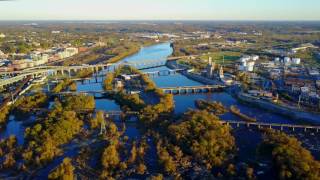 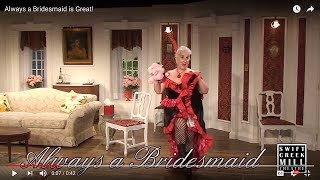