Coamo (Spanish pronunciation: [ko'amo]) is a municipality founded 1579 in the south-central region of Puerto Rico, located north of Santa Isabel; south of Orocovis and Barranquitas; east of Villalba and Juana Díaz; and west of Aibonito and Salinas. Coamo is spread over 10 wards and Coamo Pueblo - the downtown area and the administrative center of the city. It is both a principal city of the Coamo Micropolitan Statistical Area and the Ponce-Yauco-Coamo Combined Statistical Area.

Coamo is a small town nestled in a valley about 10 miles (16 km) east of Ponce (about 30 minutes by car). It was named "San Blas Illescas de Coamo" by its first settlers. Saint Blaise (San Blas) was the Catholic saint who remains the town's patron. Illescas is the Spanish town where the town founders originated (nowadays in Toledo province, Castile-La Mancha, Spain).

There are several theories regarding the origin of the word "Coamo". Some think it comes from an indigenous word that means "valley" but it is also plausible that Coamo derives its name from Coamex (or Coamey), who was a celebrated local cacique (or "chieftain" in the Taino language). Archeological digs near the region have produced some of the best examples of the island's pre-Columbian cultural artifacts.

Coamo has a series of natural hot springs, Los Baños de Coamo. The Battle of Coamo was a decisive battle of the Spanish-American War (1898).

Founded on July 15, 1579, Coamo is the third-oldest settlement of the island's post-Columbian period (after San Juan in the north and San Germán in the west). By 1582, there were twenty families living in Coamo, in the same area where the Tainos had had their village of Guayama. Coamo officially became a town in 1616, and was given the title of "Villa" by Spanish Royal Decree in 1778.

Coamo was the administrative center that encompassed most of the southern half of the island during the early colonial period. As the agricultural and sugar industries grew and became the mainstays of the colony's economy, the province would eventually subdivide into several distinct municipalities, and the administrative center of the region would later shift west to the coastal town of Ponce.

Coamo is the home of a series of natural hot springs, Los Baños de Coamo, which have attracted visitors since before the Spaniards landed.[1] These springs were once rumored to have been Juan Ponce de León's legendary "fountain of youth". In the early nineteenth century, a system of pools of varying depths, sizes and temperatures was constructed at the site of these springs to serve as a spa for the colonials. During the North American invasion in the Spanish-American War (1898), this site was the scene of one of the decisive battles of that conflict (the Battle of Coamo). The American troops took possession of the island, and the spa was subsequently abandoned. Though the site lay in ruins for most of the twentieth century, it continued to be a landmark to the Coameños, who would often go to bathe in its healing thermal waters. The pools remain, but the old buildings which once hosted the island's affluent and colonial soldiers are gone, except for the remains of one central wall structure which has been preserved and incorporated into a fountain courtyard on the grounds of a popular tourist hotel and rest stop which has replaced the ancient Spanish ruins.

Some of its notable people include:[2]

Coamo is located in the South Central region of Puerto Rico.[4]

Hurricane Maria on September 20, 2017 triggered numerous landslides in Coamo with the significant amount of rainfall.[5][6][7]

Like all municipalities of Puerto Rico, Coamo is subdivided into barrios. The municipal buildings, central square and large Catholic church are located in a small barrio referred to as "el pueblo", near the center of the municipality.[8][9][10][11]

Coamo is an agricultural center where mangoes, corn, guanabanas, tamarindo, quenepas, avocados, oranges and plantains are grown, and where poultry and cattle are raised.

Coamo is a trading center for machinery, aircraft radio components, and clothing.

Spearheaded by then governor Sila María Calderón, Law 1-2001 was passed in 2001,[13] to identify Puerto Rico's marginalized communities.[14] In 2017, then governor Ricardo Rosselló created a new government agency to work with the Special Communities of Puerto Rico Program.[15][16] Of the 742 places on the list of Comunidades Especiales de Puerto Rico, the following barrios, communities, sectors, or neighborhoods were in Coamo: Zambrana neighborhood, Cuyón, Sector Varsovia in El Cerro, Río Jueyes, and Sector Sabana Hoyo.[17] The house of Florencio Santiago, a philanthropist from Pasto, Coamo

Landmarks and places of interest

Some of the landmarks of Coamo are:[2]

Coamo is famous for being the host of the San Blas Half-Marathon, a yearly world-class professional marathon that attracts the best competitive runners in the world. It was inaugurated in 1963 by Delta Phi Delta fraternity in honor to the founder of the town. World-class international and local runners compete in a 13.1094-mile (21.0975 km) half-marathon. It is Puerto Rico's biggest race, and the crowds are always large.

The Maratonistas de Coamo (from the BSN) is the only professional team which the town hosts. The team has played in Coamo with mixed success since joining the league in 1985.

All municipalities in Puerto Rico are administered by a mayor, elected every four years. The current mayor of Coamo is Juan Carlos García Padilla, of the Popular Democratic Party (PPD). He was elected at the 2000 general elections.

The city belongs to the Puerto Rico Senatorial district VI, which is represented by two Senators. In 2012, Miguel Pereira Castillo and Angel M. Rodríguez were elected as District Senators.[24]

The flag of Coamo derives its colors from the coat of arms. Its colors are red, yellow, and black.

The top left and the lower right have a red background with a gold Episcopal hat each. These parts of the coat of arms represent the old seat of San Blas de Illescas. The horse and the bull represent the cattle wealth of the population. The gold color that serves as background in contrast with the black color, recalls the yellowish reddish tone of the fields of Coamo during the droughts. The heavy border of the coat of arms contains the following figures: two flames; three bell towers with gold bells outlined in red; two red crosses with arms ending in three petals; and a circle with a surface divided by horizontal blue and silver-plated stripes. 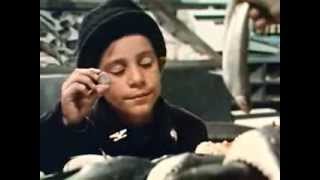 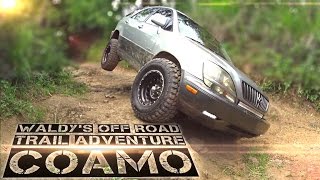 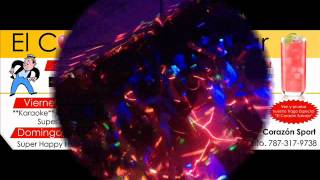 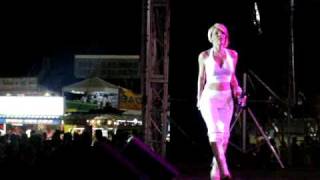 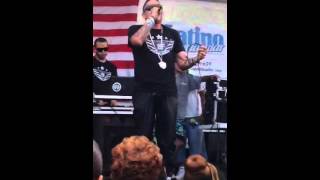 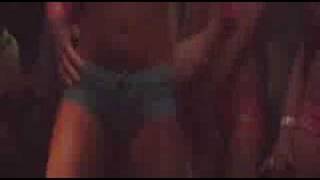 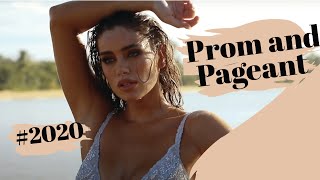 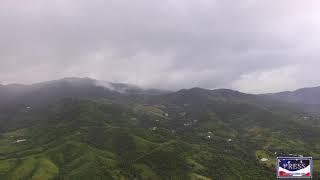 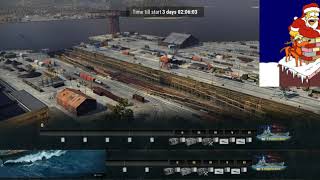 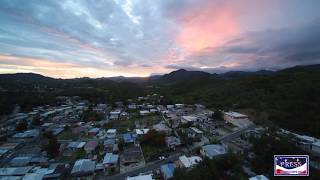 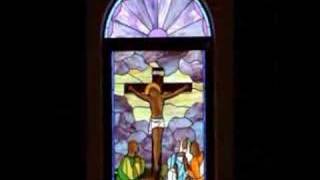 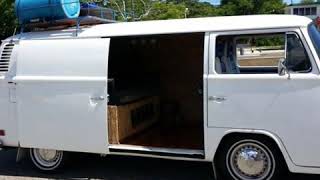 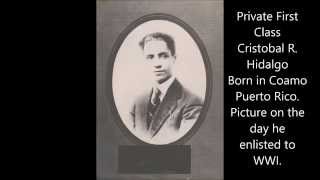 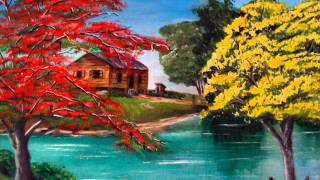 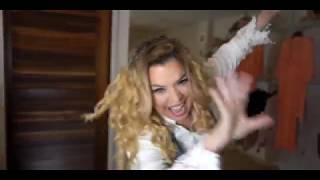 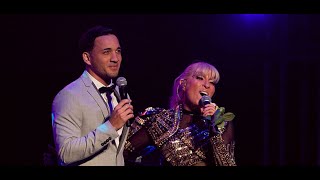 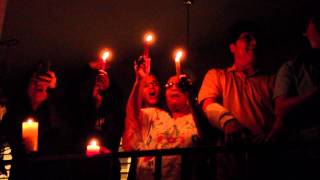 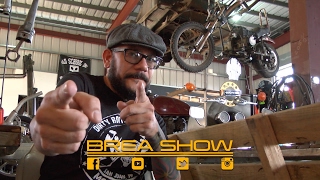