Cynthia Ann Birdsong (born December 15, 1939) is an American singer who became famous as a member of The Supremes in 1967, when she replaced co-founding member Florence Ballard. Birdsong had previously been a member of Patti LaBelle & the Bluebelles.

Birdsong was born in Mount Holly, New Jersey on December 15, 1939, to parents Lloyd Birdsong, Sr. and Annie Birdsong. After living in Philadelphia for a duration of her childhood, the family returned to New Jersey, settling in Camden. Birdsong set her sights on becoming a nurse and attending college in Pennsylvania. When Cindy returned to Philadelphia she was contacted by a longtime friend, Patsy Holt, in 1960 to replace Sundray Tucker in Holt's singing group The Ordettes.[1] At twenty years of age, Birdsong was the oldest member of the group with the remainder of the group still in their mid-teens.

Patti LaBelle and the Blue Belles

In 1961, after a year performing in jubilees, sock hops and school functions, the Ordettes, then managed by respected music manager Bernard Montague, who later managed several other Philadelphia-based groups such as The Stylistics and The Delfonics, got their first deal with Harold Robinson's Newtown Records. After almost rejecting the group due to him not being initially impressed with the looks of Patsy Holt before Holt and the group sang to him during an audition, which prompted Robinson to change his mind, signing the group and changing the name of both the group (into The Blue Belles, based from a Newtown subsidiary, Blue Belle Records) and Holt's own name, from Patsy Holt to Patti LaBelle. The group had their first hit with "I Sold My Heart to the Junkman" in 1962 though LaBelle wrote in her memoirs that the song was actually recorded by The Starlets. When the controversy over the song wound down, the group found a hit with the ballad, "Down the Aisle (The Wedding Song)". Birdsong was noted for her high soprano vocals in the background.

From 1963 until 1966, The Blue Belles, later Patti LaBelle and The Bluebelles, found relative success on the charts and were raved for their live performances. After first performing at the Apollo Theater in 1961, the group became regular headliners at the world-famous venue, earning the nickname, The Sweethearts of the Apollo. Following the success of "Down the Aisle", the group had follow-up success with "You'll Never Walk Alone" and "Danny Boy" before leaving their second label, Cameo-Parkway, for a more lucrative deal with Atlantic Records. Birdsong first met The Supremes when the group opened for them in 1963, and again when the groups travelled together throughout 1965-1966. Patti LaBelle has noted that a rivalry between the two groups developed after the Supremes were seen in the same store LaBelle and her band members were, shopping for clothes for performances. Group members reportedly were angry when the Supremes showed up on stage wearing the same outfit that they wore. The group also befriended a fellow Motown alumnus and Philly native, Tammi Terrell during that same period. The Blue Belles had some success after joining Atlantic in 1965, recording two relatively successful albums, 1966's Over the Rainbow and 1967's Dreamer scoring modest charted singles such as "All or Nothing", "Take Me a Little While" and "I'm Still Waiting".

Starting in mid and late 1966, Birdsong began to appear as a stand-in vocalist for Supremes founder Florence Ballard when Ballard's bout with alcoholism caused her to miss important gigs. In 1967, Birdsong abruptly left the Bluebelles to join Diana Ross and the Supremes as Ballard's official replacement. Birdsong said that the remaining Bluebelles were angry with her for not telling them about joining the Supremes and refused to talk to her for years. Later, after the group changed their name to Labelle and embraced funk and rock music, they recorded member Nona Hendryx's composition, "(Can I Speak To You Before You Go To) Hollywood", which was allegedly based on Birdsong. Birdsong and lead singer Patti LaBelle repaired their friendship in the early 1980s after Birdsong appeared at one of LaBelle's sold-out, standing-room concerts. In 1999, Birdsong and the other Blue Belles received a Pioneer Award from the R&B Foundation and were honored by Lauryn Hill. In 1994, The Supremes were recognized with a star on Hollywood Walk of Fame at 7060 Hollywood Blvd.

For her first two and a half years as a Supreme, listeners did not hear Birdsong's voice on most of The Supremes' newest singles. Except for featured backgrounds on several collaborations with The Temptations, live album tracks, and some studio LP tracks, Birdsong and fellow member Mary Wilson did not sing backing vocals on the group's later singles. Session singers The Andantes substituted for Mary and Cindy on many, although not on all, cuts in subsequent Diana Ross & the Supremes albums. Both the Let the Sunshine In album and the Cream of the Crop album include tracks on which Florence Ballard, Mary Wilson and Cindy Birdsong sing back-up, often in tandem with the Andantes. However, Cindy can be heard doing a brief solo during "Let the Sunshine In" on their Farewell performance.

In 1970, Jean Terrell replaced Diana Ross as lead singer of The Supremes. In the new group, both Mary and Cindy's voices were heard more prominently, including the three albums the group recorded with the Four Tops. The same year, Birdsong married Charles Hewlett. Birdsong continued to perform with the Supremes when she became pregnant with her son, David, Birdsong officially leaving the Supremes in April 1972, after completing the Floy Joy album's recording sessions.

Her replacement, Lynda Laurence, who is Sundray Tucker's sister, had already joined Mary Wilson and Jean Terrell onstage and on the Floy Joy album cover, as Birdsong's pregnancy became visible. After a brief hiatus, Birdsong returned to the Supremes in November 1973, replacing a pregnant Laurence and remaining with the Supremes until she retired in February 1976, frustrated with her dealings with Mary Wilson's then-husband Pedro Ferrer, who was serving as the group's manager; coincidentally, a few days before Birdsong's official departure, Florence Ballard died of cardiac arrest at the age of 32 while experiencing a financial and personal recovery. During that period, Birdsong contributed to two albums: The Supremes (1975) and High Energy (1976). During this time-frame, Cindy recorded lead vocals on a version of "High Energy," however her version has not been found. Although Birdsong is vocally present on the entire High Energy album, her replacement Susaye Greene, whose voice is only heard on the title song as well as "I'm Gonna Let My Heart Do The Walking," appears on the album cover.

After leaving the Supremes, Birdsong worked as a nurse at UCLA Medical Center[] under her married name of Cindy Hewlett, and then went to work for Suzanne de Passe at Motown Records. In 1987, Birdsong returned to singing, and released the single "Dancing Room" on Hi-Hat Records. Other songs were demoed, but none released. These songs included "Ready For You", "Check It Out", "Talk is Cheap", and "Anatomy".

In 1983, Birdsong joined fellow former Supremes Mary Wilson and Diana Ross in a one-off reunion on the Motown 25 anniversary television special. She was an original member of the Former Ladies of the Supremes along with Jean Terrell and Scherrie Payne but left to pursue a solo career in singing. Once again, she was replaced by Lynda Laurence in the group. In 1999, she reunited with the Bluebelles, who changed their name to Labelle after Birdsong's departure, for the first time in thirty-two years as the group accepted an R&B Foundation Award for Lifetime Achievement singing "You'll Never Walk Alone" together. In 2004, Birdsong joined former Supreme Mary Wilson and Kelly Rowland (of Destiny's Child) to perform a medley of Supreme hits for the Motown 45 anniversary television special. Today, Cindy is divorced and a minister in the Los Angeles area.

Cindy married Charles Hewlett in August 1970 in San Francisco. In attendance were then singing partners Jean Terrell and Mary Wilson. This was Birdsong's first marriage and Hewlett's second. Birdsong filed for divorce in March 1975, citing "irreconcilable differences". The couple have one son, David, born in 1972.

On December 2, 1969, Birdsong was kidnapped while returning to her apartment with her then-boyfriend (later husband) Charles Hewlett and their friend, Howard Meek. The intruder, wielding a knife, forced Birdsong to tie up the two, then forced her downstairs into her car. Birdsong managed to unlock the car door and jump out of the vehicle onto the highway to safety. Four days later, on December 6, 1969, Charles Collier, a maintenance man at Birdsong's apartment, contacted police and turned himself in.

In the 1980's, Cindy appeared on the PTL Network and was interviewed by Tammy Faye Bakker. Cindy "testified", then later in the program, sang a spiritual hymn.

In a 1989 episode of Designing Women entitled "The Wilderness Experience", the character of Anthony (played by actor Meshach Taylor) poses as "Cindy Birdsong".

(All singles with the Temptations) 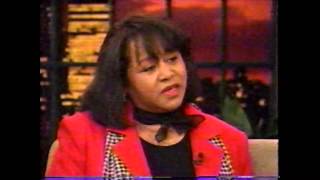 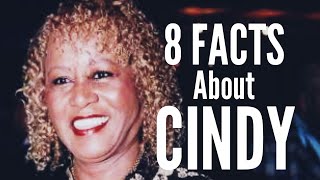 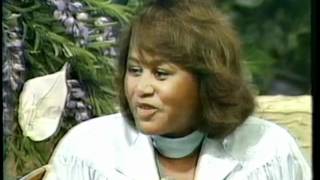 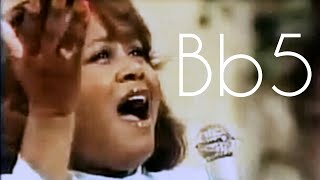 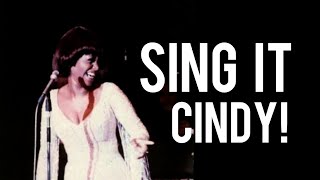 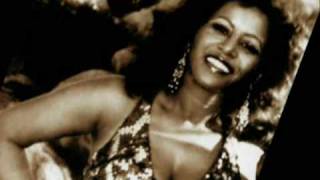 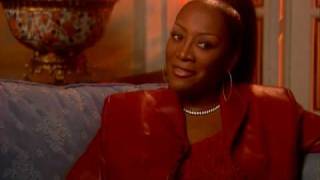 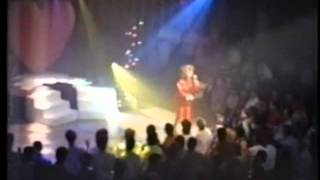 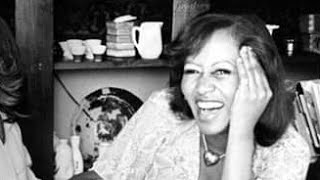 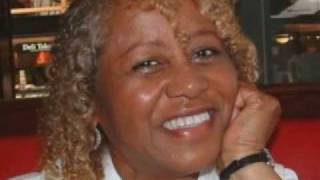 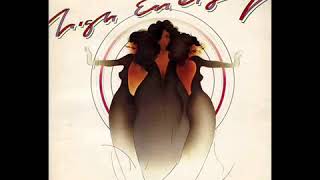 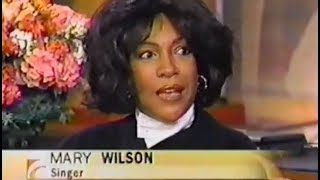 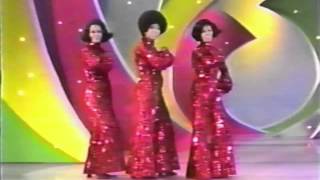 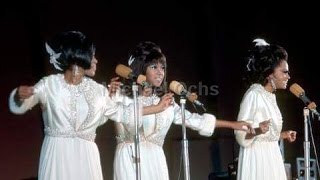 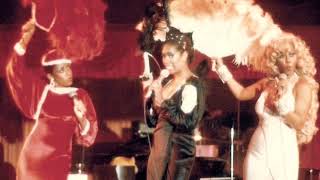 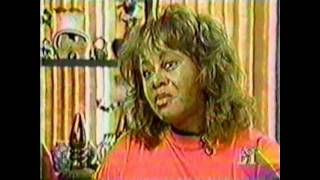 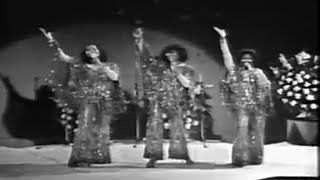 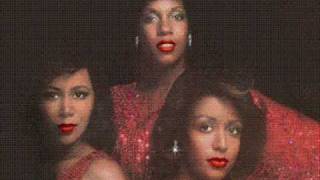