Baker earned much attention and critical praise through the 1950s, particularly for albums featuring his vocals (Chet Baker Sings, It Could Happen to You). Jazz historian Dave Gelly described the promise of Baker's early career as "James Dean, Sinatra, and Bix, rolled into one."[3] His well-publicized drug habit also drove his notoriety and fame. Baker was in and out of jail frequently before enjoying a career resurgence in the late 1970s and '80s.[4]

Baker was born and raised in a musical household in Yale, Oklahoma. His father, Chesney Baker Sr., was a professional guitarist, and his mother, Vera Moser, was a pianist who worked in a perfume factory. His maternal grandmother, Randi Those,[5] was Norwegian.[6] Baker notes that due to the Great Depression, his father, though talented, had to quit as a musician and take a regular job.

Baker began his musical career singing in a church choir. His father gave him a trombone, which was replaced with a trumpet when the trombone proved too large. His mother notes that he had begun to memorize tunes on the radio before he was given an instrument. After "falling in love" with the trumpet, he improved noticeably in two weeks. Peers called Baker a natural musician to whom playing came effortlessly.[7]

Baker received some musical education at Glendale Junior High School, but he left school at the age of 16 in 1946 to join the United States Army. He was assigned to Berlin, Germany, where he joined the 298th Army band. After leaving the Army in 1948, he studied music theory and harmony at El Camino College in Los Angeles.[8] He dropped out during his second year to re-enlist. He became a member of the Sixth Army Band at the Presidio in San Francisco,[8] spending time in clubs such as Bop City and the Black Hawk.[9] He was discharged from the Army in 1951 and proceeded to pursue a career in music.[10]

Baker performed with Vido Musso and Stan Getz before being chosen by Charlie Parker for a series of West Coast engagements.[11]

In 1952, Baker joined the Gerry Mulligan Quartet. Rather than playing identical melody lines in unison like Parker and Dizzy Gillespie, Baker and Mulligan complemented each other with counterpoint and anticipating what the other would play next. "My Funny Valentine", with a solo by Baker, became a hit and would be associated with Baker for the rest of his career.[12] With the Quartet, Baker was a regular performer at Los Angeles jazz clubs such as The Haig and the Tiffany Club.[7]

Hollywood studios saw an opportunity in Baker's chiseled features. He made his acting debut in the film Hell's Horizon, released in the fall of 1955. He declined a studio contract, preferring life on the road as a musician. Over the next few years, Baker led his own combos, including a 1955 quintet with Francy Boland, where Baker combined playing trumpet and singing. In 1956 he completed an eight-month tour of Europe, where he recorded Chet Baker in Europe.[13]

He became an icon of West coast jazz, helped by his good looks and singing talent. One of Baker's 1956 recordings, released for the first time in its entirety in 1989 as The Route, with Art Pepper, helped further the West Coast jazz sound and became a staple of cool jazz.[]

In late 1959 he returned to Europe, recording in Italy what would become known as the Milano Sessions with arranger and conductor Ezio Leoni (aka Len Mercer) and his orchestra. Baker was arrested for drug possession and jailed in Pisa, forcing Leoni to communicate through the prison warden to coordinate arrangements with Baker as they prepared for recording.[14]

Baker often said he began using heroin in 1957.[15] Author Jeroen de Valk and pianist Russ Freeman say that Baker started heroin in the early 1950s. Freeman was Baker's musical director after Baker left the Mulligan quartet. Sometimes Baker pawned his instruments to buy drugs. During the 1960s, he was imprisoned in Italy on drug charges and was expelled from Germany and the UK on drug-related offenses. He was deported to the U.S. from Germany for getting into trouble with the law a second time. He settled in Milpitas, California, performing in San Francisco and San Jose between jail terms for prescription fraud.[2]

In 1966, Baker was beaten, allegedly while attempting to buy drugs, after performing at The Trident restaurant in Sausalito. He received cuts, and possibly broken teeth, which ruined his embouchure and made it difficult to play the trumpet. In the film Let's Get Lost, Baker said an acquaintance attempted to rob him but backed off, only to return the next night with a group of men who chased him. He entered a car and became surrounded. Instead of rescuing him, the people inside the car pushed him back out onto the street, where the chase continued. His teeth were knocked out, leaving him unable to play trumpet. He worked at a gas station until concluding that he had to find a way back to music.[16] He was fitted for dentures and worked on his embouchure. Three months later he got a job in New York City.[]

During most of the 1960s, Baker played flugelhorn and recorded music that could be classified as West Coast jazz.[2] After developing a new embouchure resulting from dentures, Baker returned to the straight-ahead jazz that began his career. He moved to New York City and began performing and recording again, including with guitarist Jim Hall. Later in the 1970s, Baker returned to Europe, where he was assisted by his friend Diane Vavra, who took care of his personal needs and helped him during his recording and performance dates.

From 1978 until his death in 1988, Baker lived and played almost exclusively in Europe, returning to the U.S. once a year for a few performances. This was Baker's most prolific era as a recording artist. However, as his extensive output is strewn across numerous, mostly small European labels, none of these recordings ever reached a wider audience, though many of them were well received by critics. Of particular importance are Baker's quartet featuring the pianist Phil Markowitz (1978-80) and his trio with guitarist Philip Catherine and bassist Jean-Louis Rassinfosse (1983-85).[] He also toured with saxophonist Stan Getz.

In 1983, British singer Elvis Costello, a longtime fan of Baker, hired the trumpeter to play a solo on his song "Shipbuilding" for the album Punch the Clock. The song exposed Baker's music to a new audience. Later, Baker often featured Costello's song "Almost Blue" (inspired by Baker's version of "The Thrill Is Gone") in his concert sets, and recorded the song for Let's Get Lost.

In 1986, Chet Baker: Live at Ronnie Scott's London presents Baker in an intimate stage performance filmed with Elvis Costello and Van Morrison as he performs a set of standards and classics, including "Just Friends", "My Ideal", and "Shifting Down". Augmenting the music, Baker speaks one-on-one with friend and colleague Costello about his childhood, career, and struggle with drugs. Although Baker was not in great shape during the concert, the interview is highly informative.

The video material recorded by Japanese television during Baker's 1987 tour in Japan showed a man whose face looked much older than he was, but his trumpet playing was alert, lively and inspired. Baker recorded the live album Chet Baker in Tokyo with his quartet featuring pianist Harold Danko, bassist Hein Van de Geyn and drummer John Engels less than a year before his death, and it was released posthumously. Silent Nights, a recording of Christmas music, was recorded with Christopher Mason in New Orleans in 1986 and released in 1987. Plaque at the Hotel Prins Hendrik, in Amsterdam

Early on May 13, 1988, Baker was found dead on the street below his hotel room in Amsterdam, with serious wounds to his head, apparently having fallen from the second floor window.[18] Heroin and cocaine were found in his room and in his body. There was no evidence of a struggle, and the death was ruled an accident. A plaque outside the hotel memorializes him.[19]

Baker is buried at the Inglewood Park Cemetery in Inglewood, California.

Baker was photographed by William Claxton for his book Young Chet: The Young Chet Baker. An Academy Award-nominated 1988 documentary about Baker, Let's Get Lost, portrays him as a cultural icon of the 1950s, but juxtaposes this with his later image as a drug addict. The film, directed by fashion photographer Bruce Weber, was shot in black-and-white and includes a series of interviews with friends, family (including his three children by third wife Carol Baker), associates and women friends, interspersed with film from Baker's earlier life, and with interviews with Baker from his last years. In Chet Baker, His Life and Music, author De Valk and others criticize the film for presenting Baker as a washed-up musician in his later years. The film was shot during a few weeks in the first half of 1987 and ignores later highlights such as the Japanese concert.

Time after Time: The Chet Baker Project, written by playwright James O'Reilly, toured Canada in 2001 to much acclaim.[20]

Baker was reportedly the inspiration for the character Chad Bixby, played by Robert Wagner in the 1960 film All the Fine Young Cannibals.[21] Another film, to be titled Prince of Cool, about Baker's life, was cancelled as of January 2008.[22]

In 1991, singer-songwriter David Wilcox recorded the song "Chet Baker's Unsung Swan Song" on his album Home Again, speculating on what might have been Baker's last thoughts before falling to his death.[23]

Jeroen de Valk has written a biography of Baker: Chet Baker: His Life and Music is the English translation.[25] Other biographies include James Gavin's Deep in a Dream--The Long Night of Chet Baker, and Matthew Ruddick's Funny Valentine. Baker's "lost memoirs" are available in the book As Though I Had Wings, which includes an introduction by Carol Baker.[2]

He is portrayed by Ethan Hawke in the 2015 film Born to Be Blue. It is a reimagining of Baker's career in the late 1960s, when he is famous for both his music and his addiction, and he takes part in a movie about his life to boost his career.[26]

The Australian electronica musician Nicholas James Murphy chose Chet Faker as his stage name, in order to pay homage to Chet Baker, who was a big influence for him.[27]

Brazilian jazz pianist Eliane Elias dedicated her 2013 album I Thought About You to Chet Baker.[28][29]

In the anime Sakamichi no Apollon, there is a scene where the protagonists perform "But not for me" and he is stated to be a inspiration to the series by Yoko Kanno. 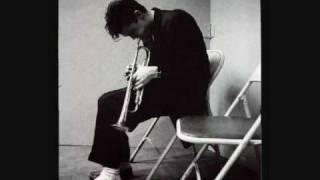 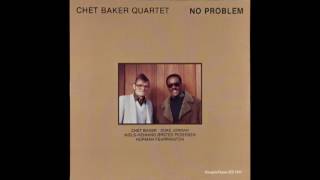 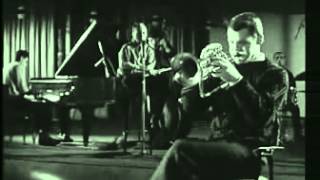 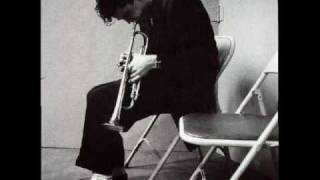 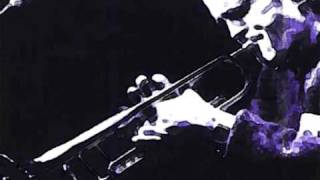 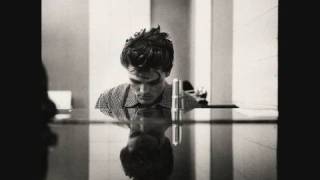 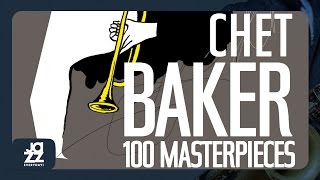 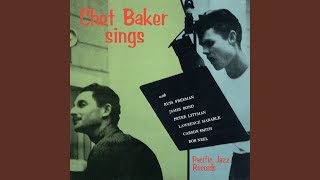 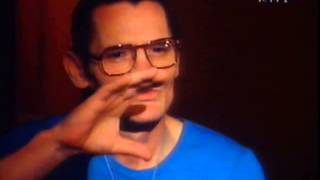 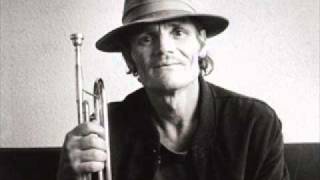 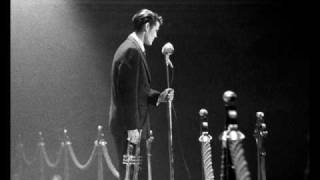