Carmel is a suburban city in Indiana immediately north of Indianapolis. With a population of 101,068,[6] the city spans 47 square miles (120 km2) across Clay Township in Hamilton County, Indiana, and is bordered by the White River to the east; the Hamilton-Boone county line to the west; 96th Street to the south and 146th Street to the north. Though Carmel was home to one of the first electronic automated traffic signals in the state,[7] the city has constructed some 128 roundabouts since 1998, earning its moniker as the "Roundabout Capital of the U.S."[8]

Carmel was originally called "Bethlehem". It was platted and recorded in 1837 by Daniel Warren, Alexander Mills, John Phelps, and Seth Green.[9] The original settlers were predominantly Quakers.[10] Today, the plot first established in Bethlehem, located at the intersection of Rangeline Road and Main Street, is marked by a clock tower, donated by the local Rotary Club in 2002. A post office was established as "Carmel" in 1846 because Indiana already had a post office called Bethlehem.[11] The town of Bethlehem was renamed "Carmel" in 1874, due to the need of a post office, at which time it was incorporated.[9]

In 1924, one of the first automatic traffic signals in the U.S. was installed at the intersection of Main Street and Rangeline Road. The signal was the invention of Leslie Haines and is currently in the old train station on the Monon Trail.[12]

The Carmel Monon Depot, John Kinzer House, and Thornhurst Addition are listed on the National Register of Historic Places.[13][14]

Streetscape in the Arts and Design District

Carmel occupies the southwestern part of Hamilton County, adjacent to Indianapolis and, with the annexation of Home Place in 2018, is now entirely coextensive with Clay Township. It is bordered to the north by Westfield, to the northeast by Noblesville, to the east by Fishers, to the south by Indianapolis in Marion County, and to the west by Zionsville in Boone County. The center of Carmel is 15 miles (24 km) north of the center of Indianapolis.

North-south streets are not numbered and include (west to east) Michigan, Shelborne, Towne, Ditch, Spring Mill, Meridian, Guilford, Rangeline, Keystone, Carey, Gray, Hazel Dell, and River. Some of these roads are continuations of corresponding streets in Indianapolis. Towne Road replaces the name Township Line Road at 96th Street, while Westfield Boulevard becomes Rangeline north of 116th Street. Meridian Street (US 31) and Keystone Parkway (formerly Keystone Avenue/SR 431) are the major thoroughfares, extending from 96th Street in the south and merging just south of 146th Street. The City of Carmel is nationally noted for having over 100 roundabouts within its borders, with even more presently under construction or planned.[16][17][18]

There were 28,997 households, of which 41.7% had children under the age of 18 living with them, 66.6% were married couples living together, 6.3% had a female householder with no partner present, 2.4% had a male householder with no partner present, and 24.6% were non-families. 20.8% of all households were made up of individuals, and 6.7% had someone living alone who was 65 years of age or older. The average household size was 2.71 and the average family size was 3.18.

The Meridian Corridor serves as a large concentration of corporate office space within the city. It is home to more than 40 corporate headquarters and many more regional offices. Several large companies reside in Carmel, and it serves as the national headquarters for Allegion, CNO Financial Group, MISO, KAR Global and Delta Faucet.

Indiana's only Gran Fondo, this cycling event attracts professional cyclists as well as recreational riders. In 2019, the event is the World Championship for the Gran Fondo World Tour. Each route is fully supported with food, drinks, and mechanical support.[22]

Founded in 1998, the Carmel Farmers Market is one of the largest in the state of Indiana, with over 60 vendors of Indiana-grown and/or produced edible products. The market, which is managed by an all-volunteer committee, is held each Saturday morning from mid-May through the first weekend of October on Center Green at the Palladium, the farmers market attracts over 60,000 people a year.[23]

A $24.5 million water park and fitness center is the centerpiece of Carmel's $55 million Central Park, which opened in 2007.[] The Outdoor Water Park consists of two water slides, a drop slide, a rock-climbing wall, a lazy river, a kiddie pool, a large zero depth activity pool, Flowrider, and a lap pool. The fitness center consists of an indoor lap pool, a recreation pool with its own set of water slides and a snack bar, gymnasium, 1⁄8-mile (0.20 km) indoor running track, and the Kids Zone childcare. The building housing the Carmel Clay Parks Department offices is connected by an elevated walkway over the Monon Trail.[]

The Monon Greenway in Carmel

The Monon Greenway is a multi-use trail that is part of the Rails-to-Trails movement. It runs from 10th Street near downtown Indianapolis through Broad Ripple and then crosses into Carmel at 96th Street and continues north through 146th Street into Westfield and continues to Sheridan. The trail ends in Sheridan near the intersection of Opel and 236th streets. In January 2006, speed limit signs of 15 to 20 miles per hour (24 to 32 km/h) were added to sections of the trail in Hamilton County.

Designed to promote small businesses and local artisans, Carmel's Arts and Design District and City Center is in Old Town Carmel and flanked by Carmel High School on the east and the Monon Greenway on the west, with the state goal of celebrating the creativity and craftsmanship of the miniature art form.. The district includes the Carmel Clay Public Library,[24] the Hamilton County Convention & Visitor's Bureau and Welcome Center, and a collection of art galleries, boutiques, interior designers, cafes, and restaurants. Lifelike sculptures by John Seward Johnson II ornament the streets of the district.

In the heart of the district stands the Museum of Miniature Houses, open since 1993. The museum has seven exhibit rooms of fully furnished houses, room displays, and collections of miniature glassware, clocks, tools, and dolls.

The Palladium at the Center for the Performing Arts, home of the Carmel Symphony Orchestra, opened in 2011 as part of the City Center development.

Carmel City Center is a one-million-square-foot (93,000 m2), $300 million, mixed-use development located in the heart of Carmel.[27] Carmel City Center is home to The Palladium at the Center for the Performing Arts, which includes a 1,600-seat concert hall, 500-seat theater, and 200-seat black box theater. This pedestrian-based master plan development is located at the southwest corner of City Center Drive (126th Street) and Range Line Road. The Monon Greenway runs directly through the project. Carmel City Center was developed as a public/private partnership.

Clay Terrace is one of the largest retail centers in Carmel. Other shopping areas include Carmel City Center,[28] Mohawk Trails Plaza, and Merchants' Square. The Carmel Arts & Design District has a number of retail establishments along Main Street, Range Line Road, 3rd Avenue, and 2nd Street.[29]

Ground was broken for the Japanese Garden south of City Hall in 2007. The garden was dedicated in 2009 as the 15th anniversary of Carmel's Sister City relationship with Kawachinagano, Japan, was celebrated.[30] An Azumaya-style tea gazebo was constructed in 2011 and dedicated on May 2 of that year.[31]

The Great American Songbook Foundation is the nation's only foundation and museum dedicated to preserving the music of the early to mid 1900s. The foundation is led by Michael Feinstein, who is also the artistic director of the Center for the Performing Arts.[32][33]

In mid-2017, the city council was considering a multimillion-dollar bond issue that would cover the cost of roundabouts, paths, roadwork, land acquisition by the Carmel Redevelopment Commission and would include the purchase of an antique carousel.[35] from a Canadian amusement park for an estimated purchase price of CAD $3 million, approximately US$2.25 million.[36] However, a citizen led petition drive against the purchase caused the city counsel to remove it from the bond issue.[37]

According to the Indiana Department of Local Government Finance, as of 2019 the City of Carmel had an overall debt load of $1.3 billion.[38]

The Carmel Clay Schools district has 11 elementary schools, three middle schools, and one high school. Student enrollment for the district is above 14,500.[42] 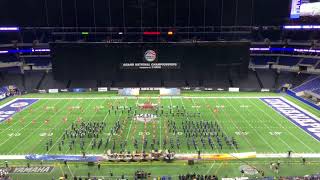 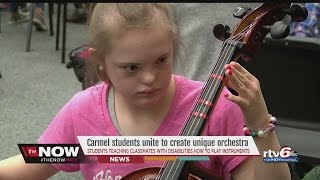 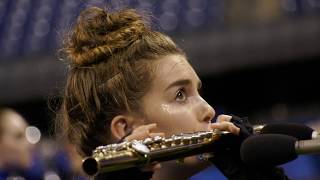 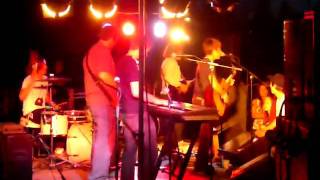 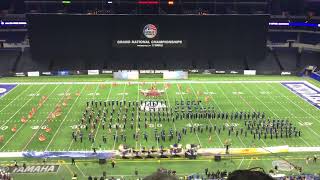 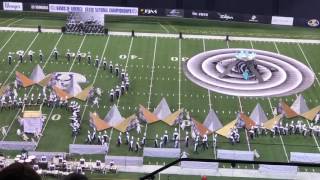 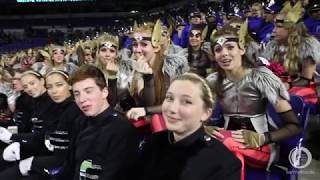 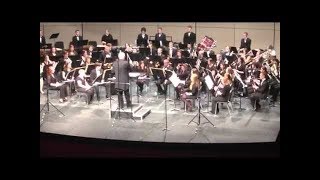 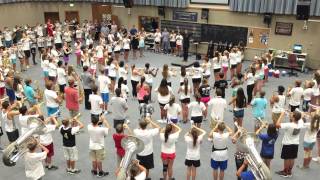 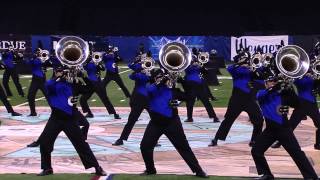 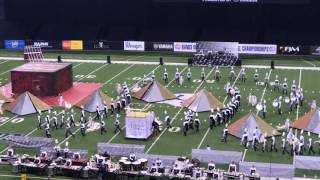 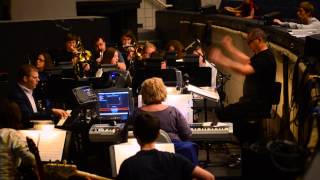 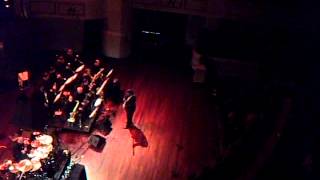 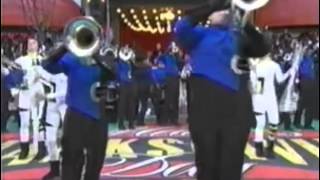 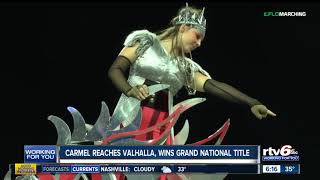 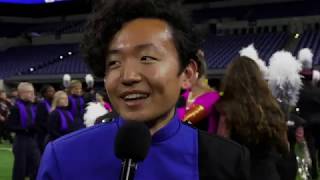 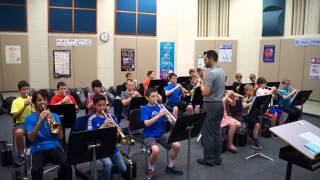 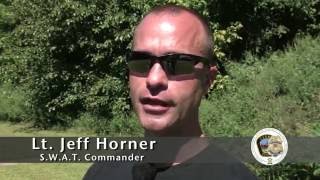 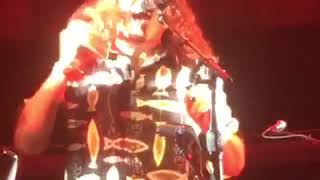